Fika coffee shop is making lockdown food packages for people in need again - The Guide Liverpool
Contact Us Advertise with The Guide Our Video Services Follow us:

Liverpool coffee shop Fika has relaunched its community food hub after putting together and delivering almost 900 care packages in the first lockdown.

Owner Anthony Grice says the new restrictions are likely to leave even more people needing help, so he’s setting up the shop as a collection point again for donations of shopping essentials.

He’s asking customers, and people living around Fika on Woolton Road in Childwall, to come together for a second time and make sure no-one goes without. 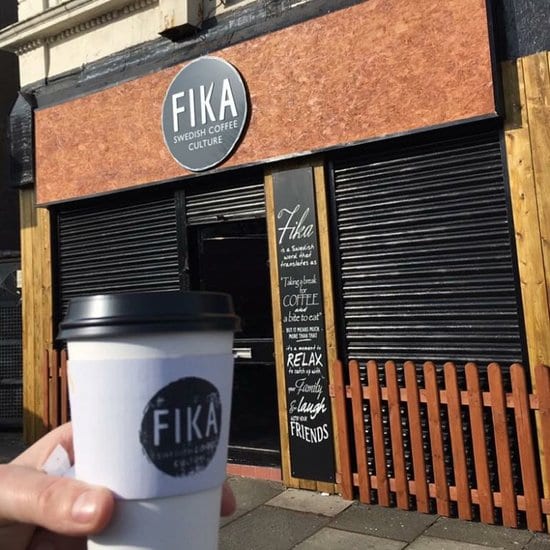 “Our shop is right at the centre of the community so we’ve seen how hard this has hit a lot of people and this time there are even more people who are struggling because they’ve lost their jobs or their businesses,” says Anthony.

“We’re all in this together so we want to make sure nobody gets left behind, that’s why I decided we should turn Fika into a food hub and ask for donations again so we can make more packages and get them out to where they’re needed.”

Anthony launched the first collection in March last year after seeing an image of an elderly person in the supermarket with an empty trolley, while others had theirs piled high.

“Seeing that really hit home to me and made me think about how bad it was out there. When the panic buying and food shortages was happening, that was when I started asking customers if they had any extra items we could pass on.”

Last spring, almost 900 packages were delivered mostly to older and vulnerable people who’d been told they had to stay indoors and shield. Anthony asked for nominations and along with a team of volunteers, packed up the boxes, drove and dropped them off.

This lockdown, he says the need is wider than that.

“We ran the first hub for three months and at the start there were obviously a lot of people who went into isolation and they were the ones we were going to. Then towards the end the government started doing care packages so people were telling me they didn’t need them as much anymore, but what happened was more people were getting in contact and saying they’d lost their job, or they weren’t getting any furlough pay, was there any chance of a couple of bits?

“That was what we saw more of in the second half of the first lockdown which is why we carried it on and I feel it’s going to be the same with this one.

“This new Covid wave has taken us back to square one in lots of ways, so we’ve got the elderly and vulnerable who haven’t been vaccinated yet who are frightened to go out and we’ve got people who are really at a low point and struggling financially, there are a lot in that position.

“With the rising numbers we’re seeing, it is scary and people can relate to the figures more now than in the first lockdown because they know people who’ve had it, who’ve tested positive and been poorly. This time it feels a lot closer to home which puts even more stress on people.”

Anthony’s own business has been impacted by Covid, with tightened restrictions meaning Fika is now open for takeaway only again.

He’s reduced the opening times to Tues-Sat, 10-3.30pm, but like everyone in hospitality, he’s facing an unpredictable few months on the back of a rollercoaster 2020.

When the shop is open, he’s busy making hot drinks and taking in donations. Already, he says, there’s been a great response.

“I’ve shared a list of items for donation, it’s the exact same list I put out in March, with essential items like tinned food, pasta, long-life milk, toiletries and loo roll.

“I’m going to get as much in as I can and then put it out there and say, ‘who needs this?’ I’m on a lot of Facebook groups from the first lockdown so I’ve got a good network to get out to people that way and I’ll be asking customers if they know anyone who’s struggling to nominate someone.

“People can get in touch themselves too, and they shouldn’t feel embarrassed to ask. We have to look after each other at the end of the day because it’s like an invisible war that we’re at with this virus, so if they need help we’re here to give it.”

The full list of items for donation is on Fika’s social pages: https://www.facebook.com/fikaliverpool