Filmed in Liverpool: 9 things we know about The Batman - The Guide Liverpool
Contact Us Advertise with The Guide Our Video Services Follow us:

Filmed in Liverpool: 9 things we know about The Batman

The new Batman movie is being filmed in Liverpool, bringing with it a bonanza of Hollywood stars. Here’s what we found out about who is here, what’s been happening so far.

1. As well as in Liverpool, The Batman has been filmed and worked on in various areas of the UK as well as America. Principal photography began in London in January under the working title Vengeance. Then, scenes with a Batman body double were shot at the Necropolis cemetery in Glasgow near the city’s cathedral. Before relocating to Liverpool, production workers were working on the movie in Leavesden, Hertfordshire just a few weeks ago. 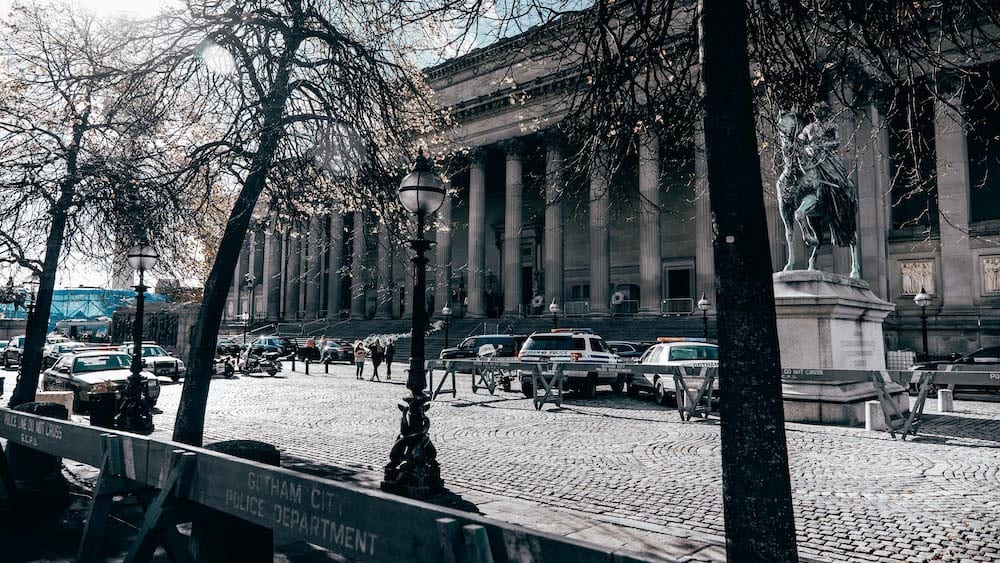 2. Filming has been taking place at St George’s Hall this week, the legendary Liverpool landmark the setting for a funeral and doubling for Gotham City Hall. Bouquets and wreaths of funeral flowers were laid out on the Hall’s steps, leading us to wonder, which character meets their maker during the course of the film? Shooting is not confined to our city centre, with both Batman and Catwoman seen riding motorbikes at Anfield Cemetery just a few miles away. 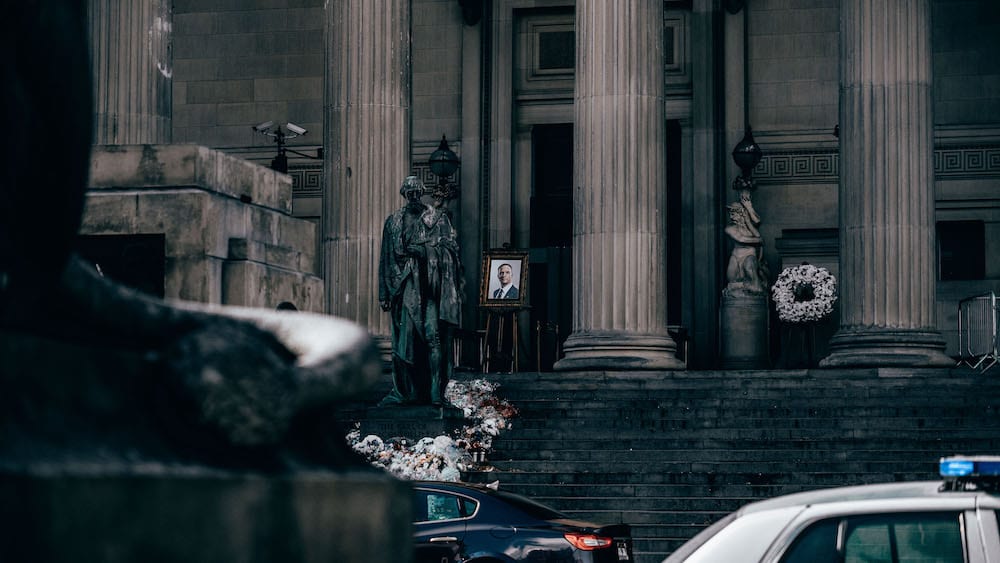 3. The Batman is directed by Matt Reeves, who also produced and co-wrote the screenplay, and has a whopping £100m budget to play with. Of course The Batman boasts an all-star cast, Robert Pattinson in the lead role as Batman/Bruce Wayne, Zoe Kravitz is Catwoman/Selina Kyle, Colin Farrell as Penguin/Oswald Cobblepot, Paul Dano as the Riddler, Jeffrey Wright as James Gordon and Andy Serkis as Bruce Wayne’s faithful butler and mentor Alfred Pennyworth.

4. This is Pattinson’s debut as Batman, taking over from Ben Affleck. Other names that played the Dark Knight with differing degrees of success include George Clooney, Val Kilmer, Christian Bale, Michael Keaton, and the family-friendly, squeaky clean Adam West. 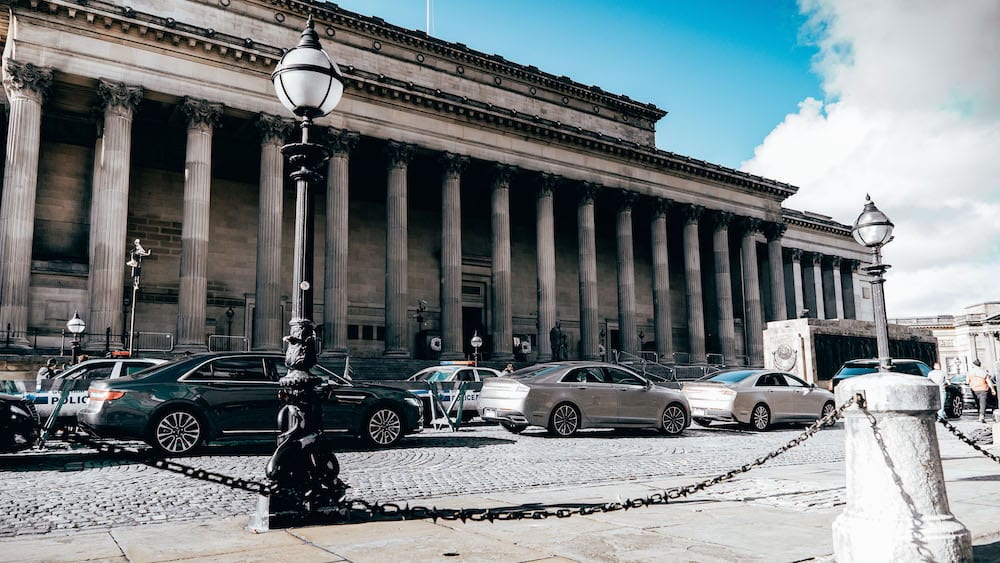 5. 34 year old Pattinson was tempted into the leading role after hearing the script for the film focused on a younger version of the character. And he was attracted by the Batman’s lack of superpowers! The Batman is set during Batman’s second year of crime fighting as our hero combats Gotham City’s corruption and the evil Riddler, who is portrayed as a serial killer in this movie. 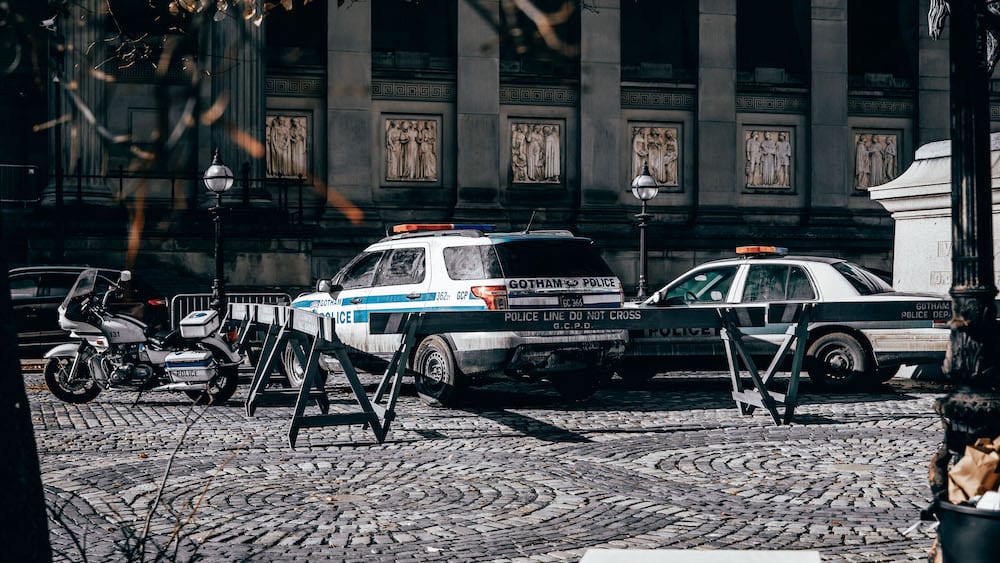 6. For the role of Penguin, Irish heart throb Colin Farrell is unrecognisable as Batman’s long term foe Penguin. So much so that when first walking on set, his co-stars didn’t realise it was him! Farrell wears heavy prosthetics and make-up to give him pock-marked skin, and a receding hairline wig with thinning black hair. And rumour has it he’s wearing a fat suit under his clothes to make him appear more round and portly.

7. Robert Pattinson himself has avoided acting in big studio film franchises since his numerous Twilight films between 2008 and 2012. The reason given is he dislikes paparazzi attention and finds the roles themselves dull to play. This very stance ironically made him desirable to Warner Bros. as it meant he had not appeared in any of rival Marvel Studios’ blockbusters.  Throughout his career the actor has been unafraid to work on short films and lower budget movies with debut directors away from the mainstream, for example The Childhood of a Leader 2016 directed by Brady Corbet and scored by Scott Walker. 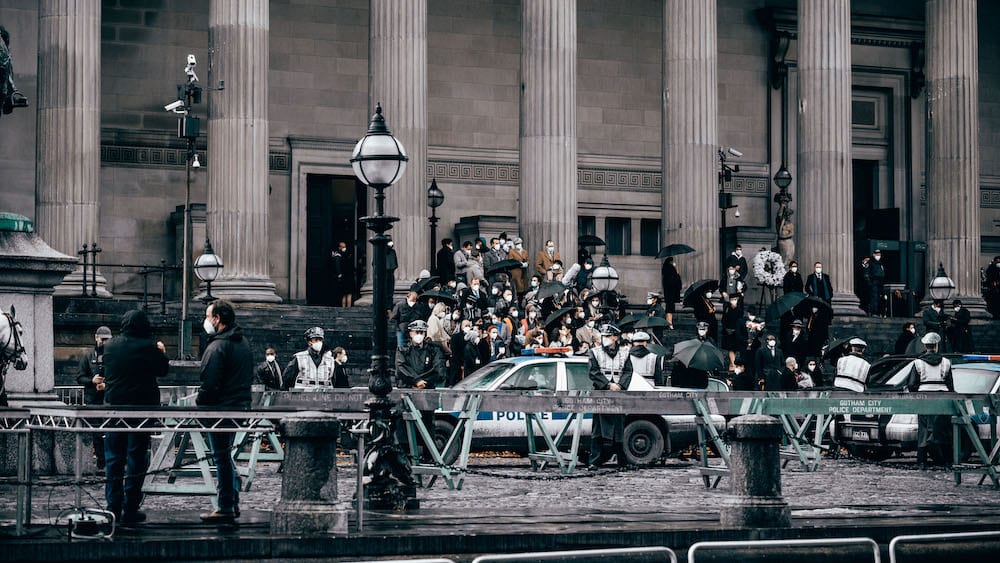 8. Corona virus has disrupted the film in a number of ways. Filming has been suspended a couple of times, including in early September when Robert Pattinson himself tested positive. Sadly, the production’s dialect coach Andrew Jack died in the spring from the virus. The movie originally intended for release on 1st October next year, has been pushed back to 4 March 2022. A Liverpool City Council spokesperson said: “The new restrictions in Liverpool do not currently impact on filming in the city region . The Film Office is working closely with every single production to ensure covid-safe measures are in place and are being adhered to in accordance with rigorous industry protocols.” 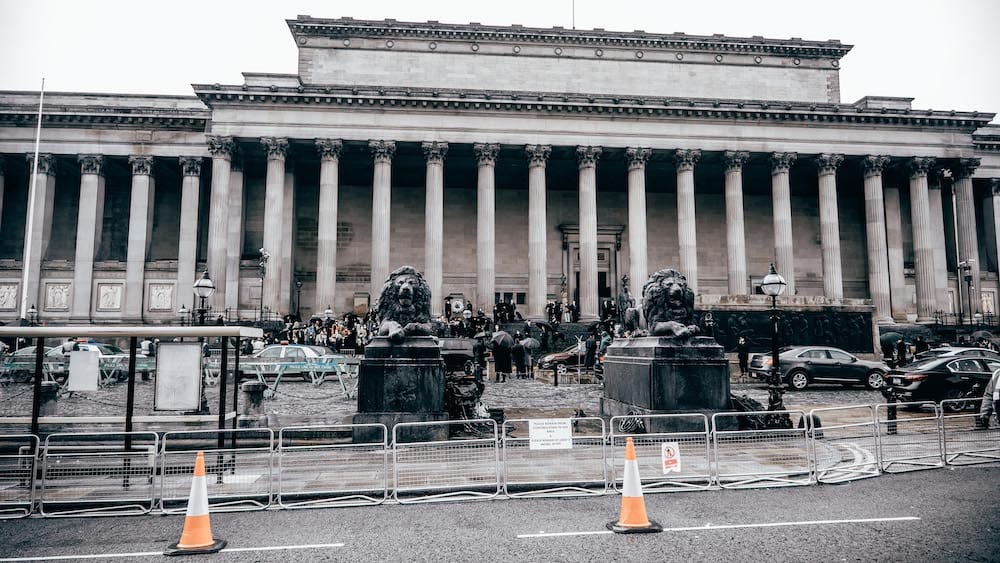 9. Two movie sequels of the Pattinson-era Batman are planned. There is also a spin-off prequel television series in development for HBO Max. A police procedural based at Gotham City Police Department, it is unclear whether Pattinson is to star in the show but what we do know is the story is from the perspective of a crooked cop in the GCPD, and the battle for his soul.