First synchronised robotic surgery for bowel and prostate cancer in the North West - The Guide Liverpool
Contact Us Advertise with The Guide Our Video Services Follow us:

After being diagnosed with both bowel and prostate cancer, 53-year-old John Boylett underwent a rare six-and-a-half-hour synchronised robotic operation at Royal Liverpool University Hospital – believed to be the first of its kind in the North West.

The Urology and Colorectal teams at Liverpool University Hospital NHS Foundation Trust (LUHFT), which runs the Royal Liverpool University Hospital, worked together throughout John’s treatment, providing joint clinical appointments, pre-op care and cancer surgery. By operating on two parts of his body during the same procedure, John was able to recover quicker and was home within five days.

John, who lives in Birkdale with his wife Susan and their 17-year-old son Thomas, initially went to see his doctor in September 2021 after spotting blood in his stool.

MORE - The Oliver King Foundation celebrates key milestone as 4,000 defibrillators are installed across the UK

John, who works as a maintenance officer, said: “While I was at the doctors I also asked them to check my prostate-specific antigen (PSA) levels because my dad was diagnosed with prostate cancer when he was 81-years-old.

“I expected my PSA levels to be fine because I didn’t have any symptoms and I’m only 53, however my results showed that I had bowel cancer and also raised PSA levels, so there was a good chance I had prostate cancer too. My mind instantly went to worst-case scenarios because I had two types of cancer at the same time. 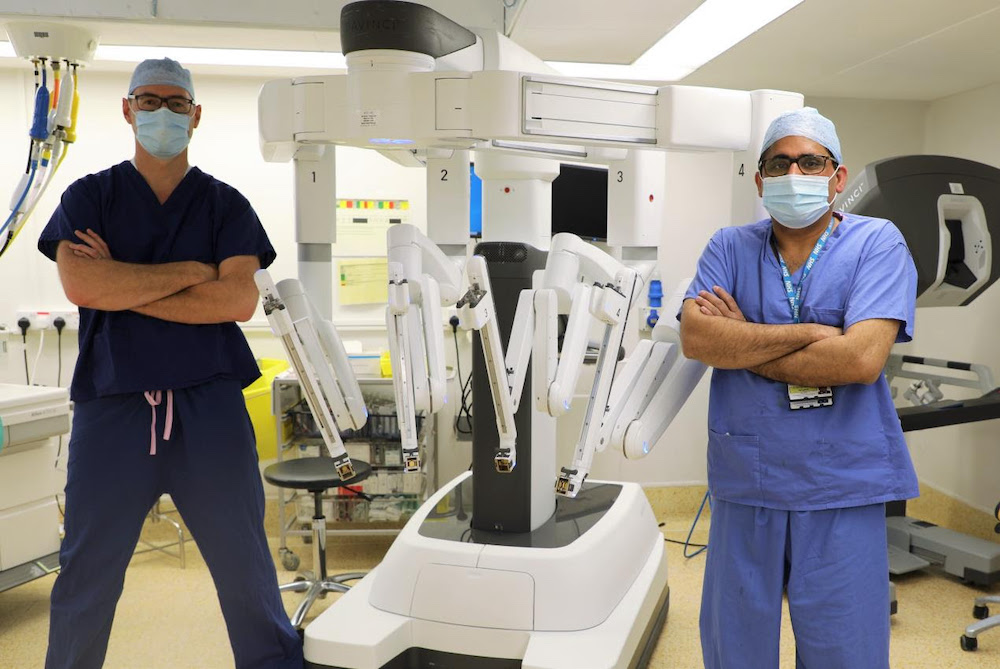 “I was referred to the Complex Pelvic Oncology Team and that’s where I met Consultants Mr Ahmed and Mr Weston, who later performed my surgery together.”

As the first synchronised robotic low anterior resection and radical prostatectomy to be carried out within LUHFT, the surgery was carefully planned a week ahead.

Colorectal Consultant Mr Shakil Ahmed said: “Robotic surgery is a massive benefit to all our patients. There aren’t many centres in the UK that can offer this combined surgery. It requires a high level of expertise to operate the robotic machinery and complete the double procedure.

“It gives surgeons views inside a patient that you can’t see otherwise. I always explain to students it’s like comparing a 1980s TV to one today – the technology is just so much better. The robotic machinery improves the whole surgery for the patient and the surgeon. 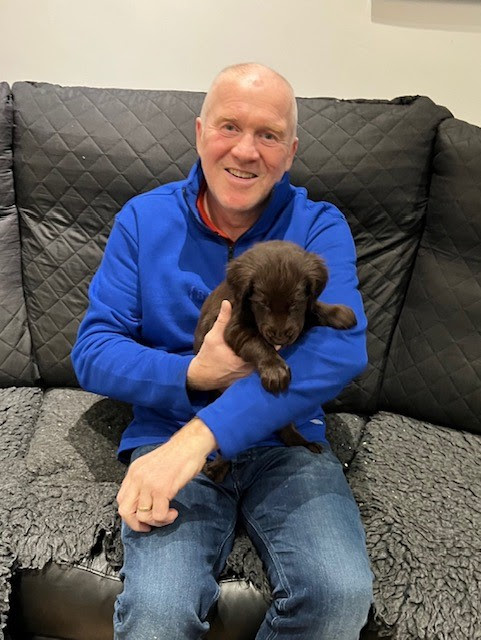 “By working together John was able to go home after only five days, while the alternative would have been two separate operations with around 14 days in hospital, which could bring an increased risk of infection and recovery time.”

Following his operation in January 2022, John is recovering well while awaiting his stoma reversal surgery. He said: “My family was really anxious during the surgical procedure but having the synchronised robotic surgery to remove all my cancer was one hundred per cent the best option for me. I’m taking things easy but walking our new puppy, Hugo, has helped increase my exercise and has been good for my mental health too, which all helps my recovery.”

Sir David Dalton, Interim Chief Executive at Liverpool University Hospitals, said: “This is an excellent example of our highly-skilled teams from different specialities coming together to improve cancer treatment and patient experience. This is another step towards our aspiration of making LUHFT a leading centre for Robotic-Assisted Surgery.”