Five-year-old Daniel shows he's all heart with 5K thank you for Alder Hey - The Guide Liverpool
Contact Us Advertise with The Guide Our Video Services Follow us:

Daniel MacArthur is planning to race Alder Hey’s 5K fundraiser dressed as the Tin Man – but unlike the famous Wizard of Oz character he won’t have to go in search of a heart.

The five-year-old from Hightown has already shown he’s got the biggest one going, after vowing to raise money for the city’s world-famous hospital to say thank you for all they’ve done for him – and to help other children like himself.

“Daniel is really excited about taking part in the fundraising event and I am really proud of him,” says mum Lindsay. “He jumped at the chance to do something for Alder Hey and to give something back. 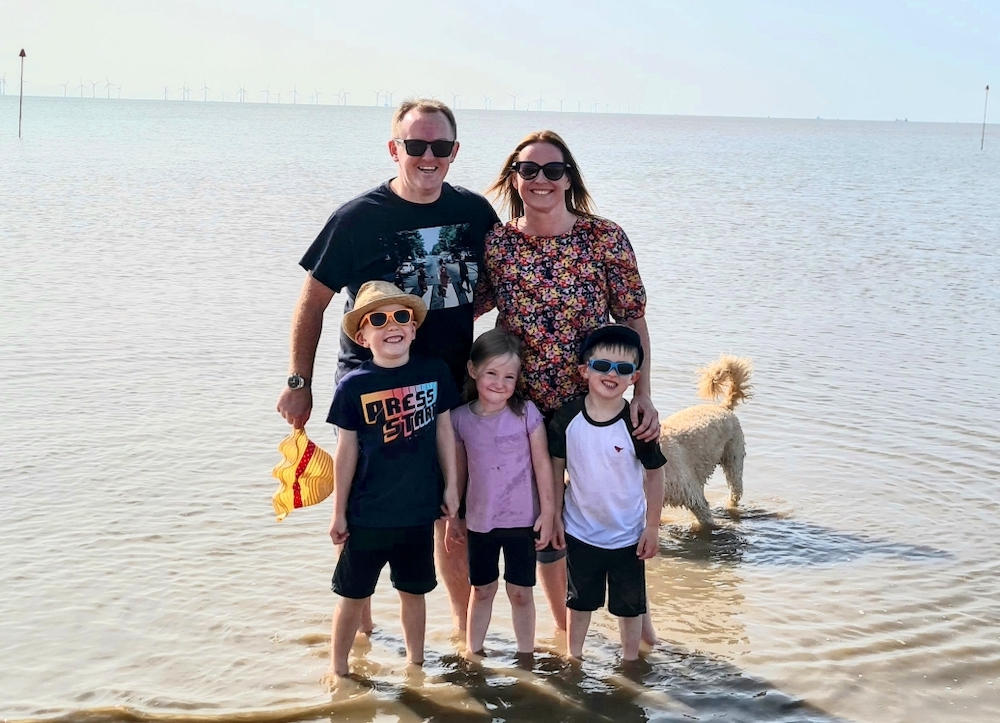 “He has said when he grows up he wants to be an artist by night and a doctor by day so he can help other children.

“His visits haven’t always been easy but Daniel loves going to Alder Hey, and everyone there is amazing. They have saved his sight and continue to do everything to support and help him.”

And Lindsay adds: “He wants to dress as the Tin Man because there is a big one outside Alder Hey and he loves it!”

Daniel is hoping to create magical metal memories on Saturday, October 30, when he takes part in Alder Hey Children’s Charity’s Halloween 5K at Pleasureland in Southport.

He’ll be joined by his mum and dad, Lindsay and Alex, his older brother Alex, who’s seven, and his twin sister, Erica as well as other family members.

It’s been a tough 12 months for the family, but they’re all looking forward to the event, having already smashed their £500 target almost three times over!

“And the children get to go on the fair when they’re finished which they’re all really looking forward to,” smiles Lindsay.

Daniel was diagnosed with Uveitis in July 2020.  It is an auto-immune condition which causes the white cells in the body to attack the eyes.  It is linked to JIA (Juvenile Idiopathic arthritis) and other auto- immune conditions.  If left untreated it can lead to permanent vision loss. 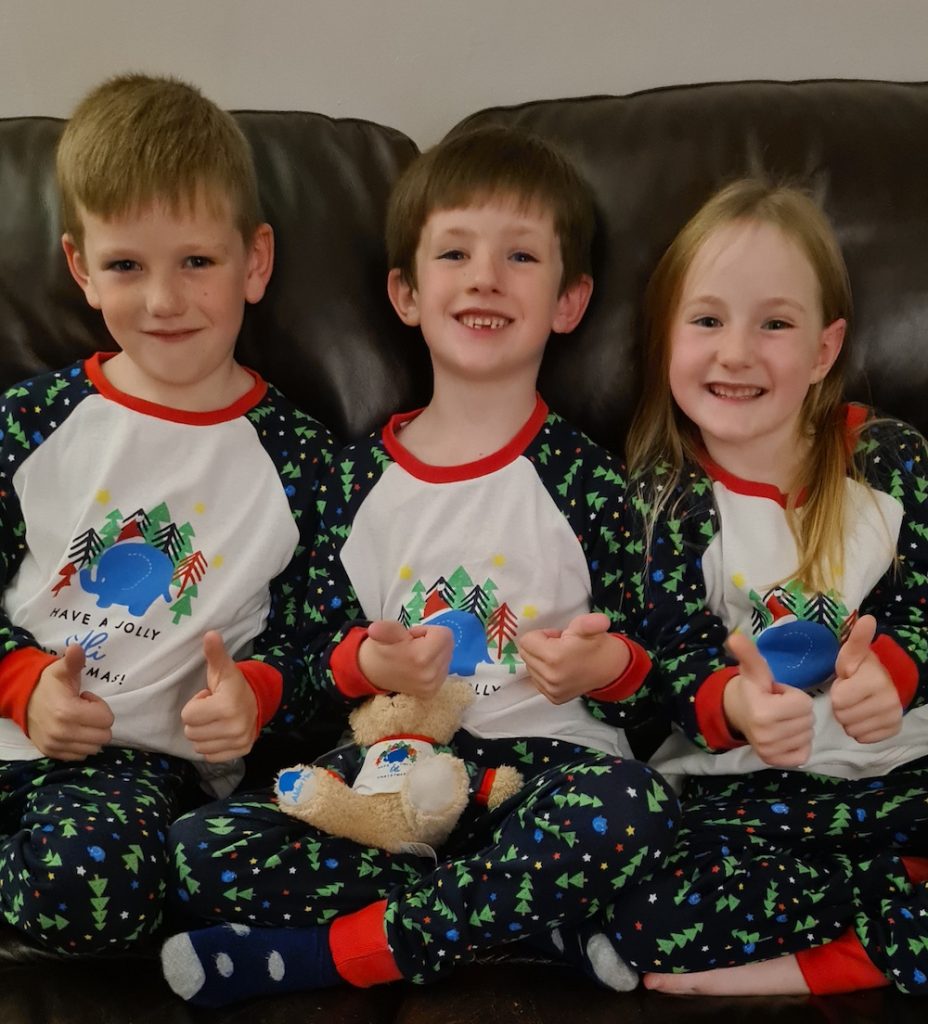 Alex, Dan and Erica in their Alder Hey PJ’s

His family realised something was wrong during the first lockdown when Daniel began to complain about his eye.

“Daniel’s eye became red and he said it was sore and, at first, I thought he’d got sand in it when we’d been to the beach.”

Over the next few weeks Lindsay had various online consultations with their GP who prescribed drops but, when nothing helped and Daniel’s eye worsened and his eyelid dropped, he was referred to another local hospital with a suspected ptosis (drooping eyelid).

When Lindsay grew more concerned as she waited for an appointment, the GP sent photos to Alder Heys Ophthalmology department who asked to see him the same day and he was diagnosed with Uveitis.

Since then Daniel has had well over 50 visits to the hospital.   “He is given an immuno-suppressant by weekly injection and a biologic drug by fortnightly injection and we are pleased that this currently has his condition under control.  We are now able to do both injections at home and hope to give him a break from travelling back and forth to the hospital” says Lindsay, whose husband Alex, 40, is General Manager for NW Fire Solutions in Liscard.

“Everyone at Alder Hey has been incredible and we can’t thank them enough which is why we wanted to do the 5K – to raise awareness of his condition and to give a big shout out to Ophthalmology, Rheumatology, MDU (which has a brilliant play nurse) and Psychology. 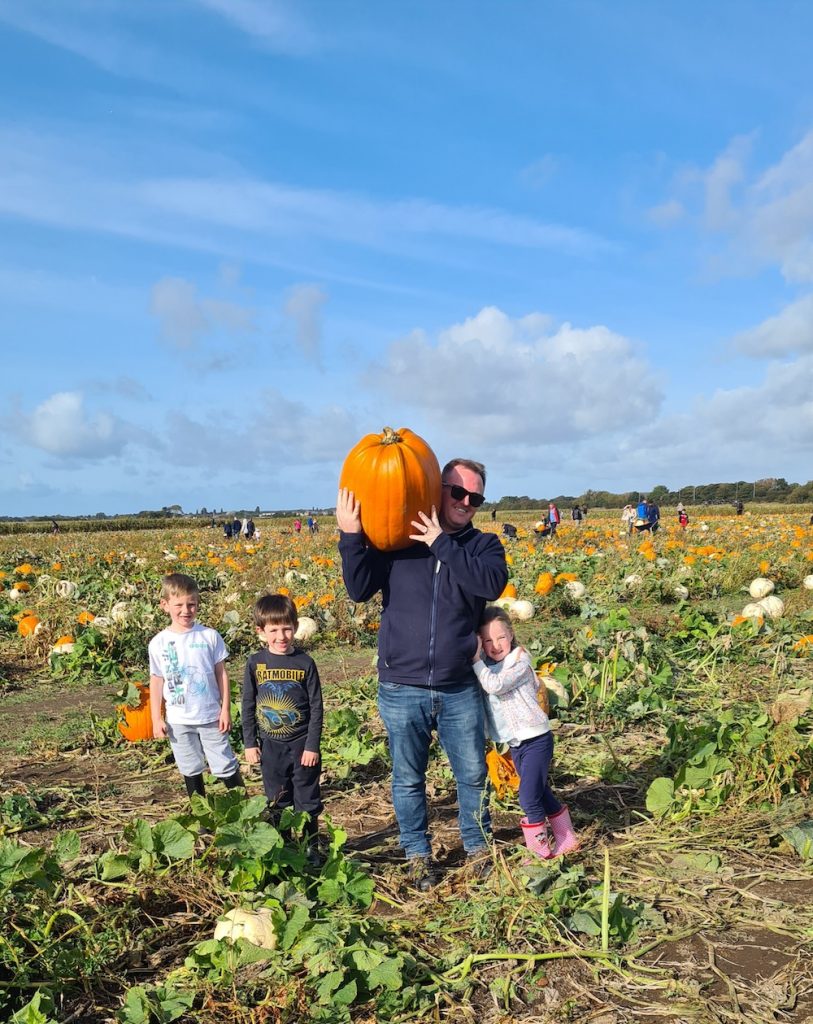 Lindsay says Daniel is a ‘lovely little boy’ who is thrilled so many people are supporting him and his family to raise money to say thank you to Alder Hey.

“Daniel is gorgeous, he is a lovely kid who’s always cracking jokes and making people laugh. Last parent’s evening his teacher spoke about his great sense of humour and I was so glad that after everything he has dealt with this still shines through.”

“It is so heart-warming to see our brave young patients like Daniel taking part in our events with their families,” says Fiona Ashcroft, Chief Executive, Alder Hey Children’s Charity. “To take on a challenge to help children like them, even when they are poorly, just shows how inspirational children are to all of us.

“We love to celebrate our young heroes’ efforts and I want to say a huge thank you and good luck to Daniel and his family for our Halloween 5K at Southport Pleasureland.”

To help ‘Dan and the MacArthurs’ go to the website here.

To find out more about the Alder Hey 5K Run visit the website here.