Football agent targets £10,000 goal to send three-year-old Alfie to Disney World - The Guide Liverpool
Contact Us Advertise with The Guide Our Video Services Follow us:

Lee Beck, 38, whose firm Triple S Sports and Entertainments represents Wayne Rooney and Harry McGuire, is lining up players for a five-a-side footie match in June and getting ready to tackle Snowdon at the end of this month.

“The support has been amazing and I’ve got people coming up to me in the street offering to help, it’s boss.” 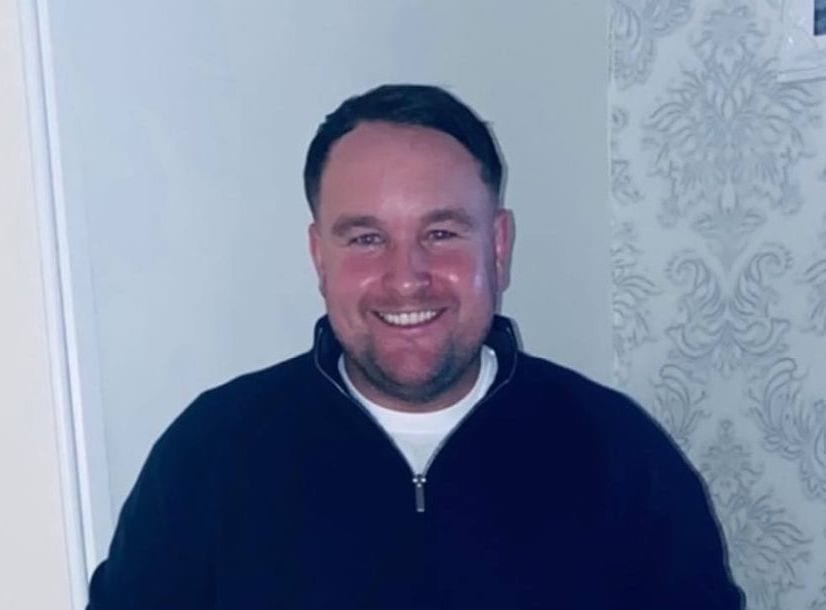 Lee added: “I just want to give Alfie and his family something to look forward to. They are all going through a hard time and it’s tough, especially for little Alfie who, in spite of the pain he’s in, just gets on with life and keeps on smiling.

“I just feel privileged to be in a position to do something.

“Life is always a little better if we look after one another and support each other – if we’ve learned nothing else during the pandemic, we’ve learned that!”

Alfie, who lives close to Lee, was diagnosed with leukaemia on October 12 last year – his third birthday.

Mum Kristy Cotty said: “We took him to A&E as he hadn’t been himself for about five days.  He was very pale and tired, and he wasn’t eating.

“He had his bloods taken and was diagnosed with acute lymphoblastic leukaemia within a couple of hours. He has had a rough few months from December to February, mainly due to infections and side-effects of the chemotherapy he is having.

“He is due to have treatment at Alder Hey Children’s Hospital for three and a half years, finishing in December 2023.” 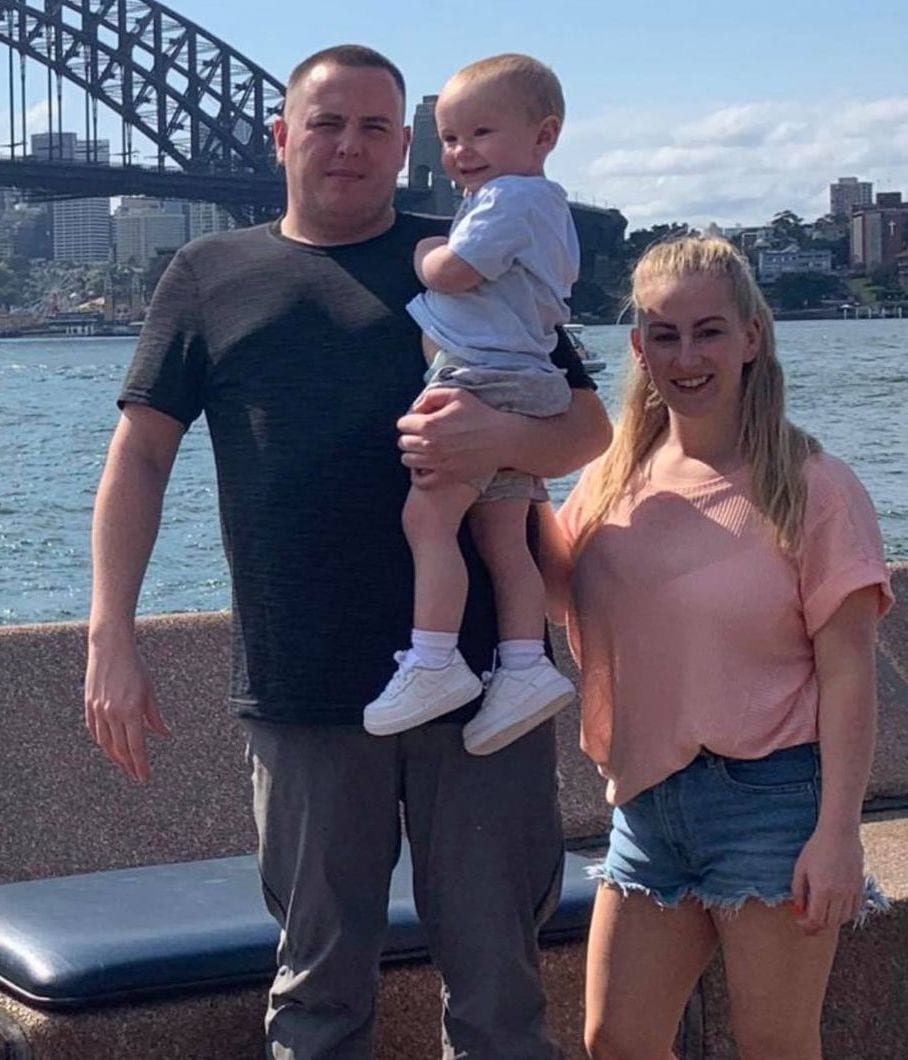 Alfie with his mum and dad, Ian and Kristy

She added: “He’s just learnt to walk down the stairs, little things like that show his strength is definitely coming back. He’s doing really well and he’s being really brave.

“He is responding well to treatment and is where he needs to be. We’re all made up with what Lee is doing.”

Lee has been a keen fund-raiser for the last five years, collecting around £90,000 for different charities.

He explained: “I did a bit of stand-up four or five years ago when there was a competition with about 30 other comedians, and that gave me a bit of a platform to start doing charity events.

“It’s great how everyone comes together for a good cause.

“Alfie’s dad, Ian, and family are doing a 127-mile bike ride to Leeds to raise money for Alder Hey but, while the hospital deserves that of course, I wanted to do something for Alfie and his family.” 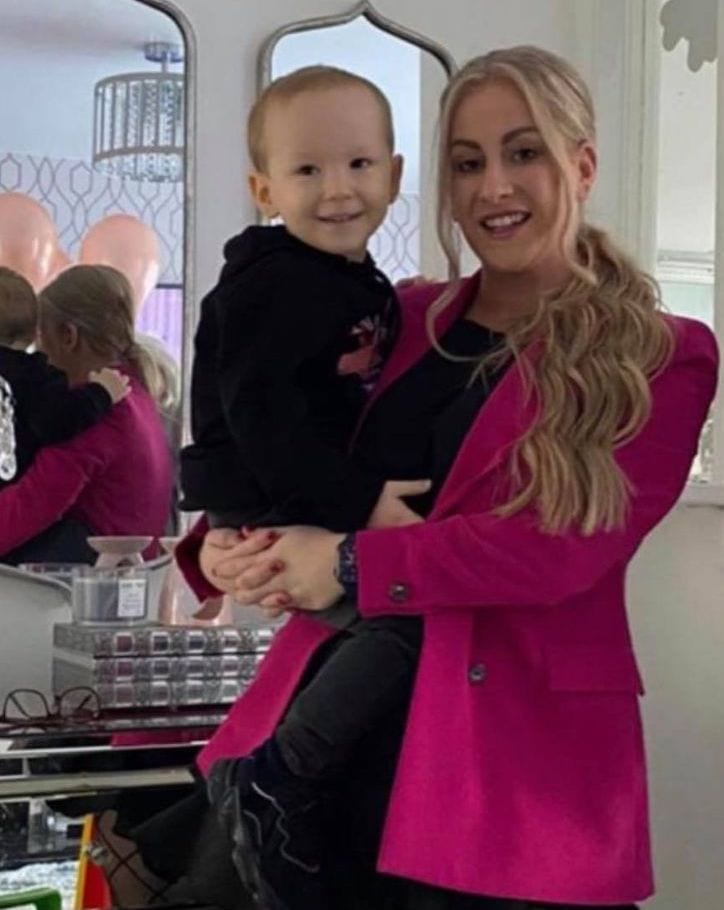 Lee is one of 30 people climbing Snowdon on May 30 – the same day Alfie’s family makes the mammoth trek to Leeds.

On June 27, he is staging the five-a-side football tournament at the Shaun Standish Playing Fields in Dingle Vale.

“We’re kicking off at 12 noon, but it won’t just be football, it’ll be a fun day with other games, a bouncy castle and face painting and stuff.”

In the evening, the action will move to the Bleak House pub in Cockburn Street for a Bingo Night, and there’s a raffle with loads of prizes and sports memorabilia which is already up for auction. That includes triple GGG and Manny ‘Pac-Man’ boxing gloves, and a shirt signed by John Barnes.

“We’ve already got a family pass for Legoland for Alfie and his family when he’s well enough to go, someone has offered to pay for them to go on holiday to Cyprus, and we want to do everything we can to make life happier for this little boy.

“His family say he’s a diamond. He deserves nice things to look forward to. They all do.

“We want to be able to fund a trip to America and even give Alfie a £1,000 voucher to go into Smyths toy store and pick all the toys he wants. Disney is the goal but, ultimately, it will be up to Alfie and his family where they want to go. 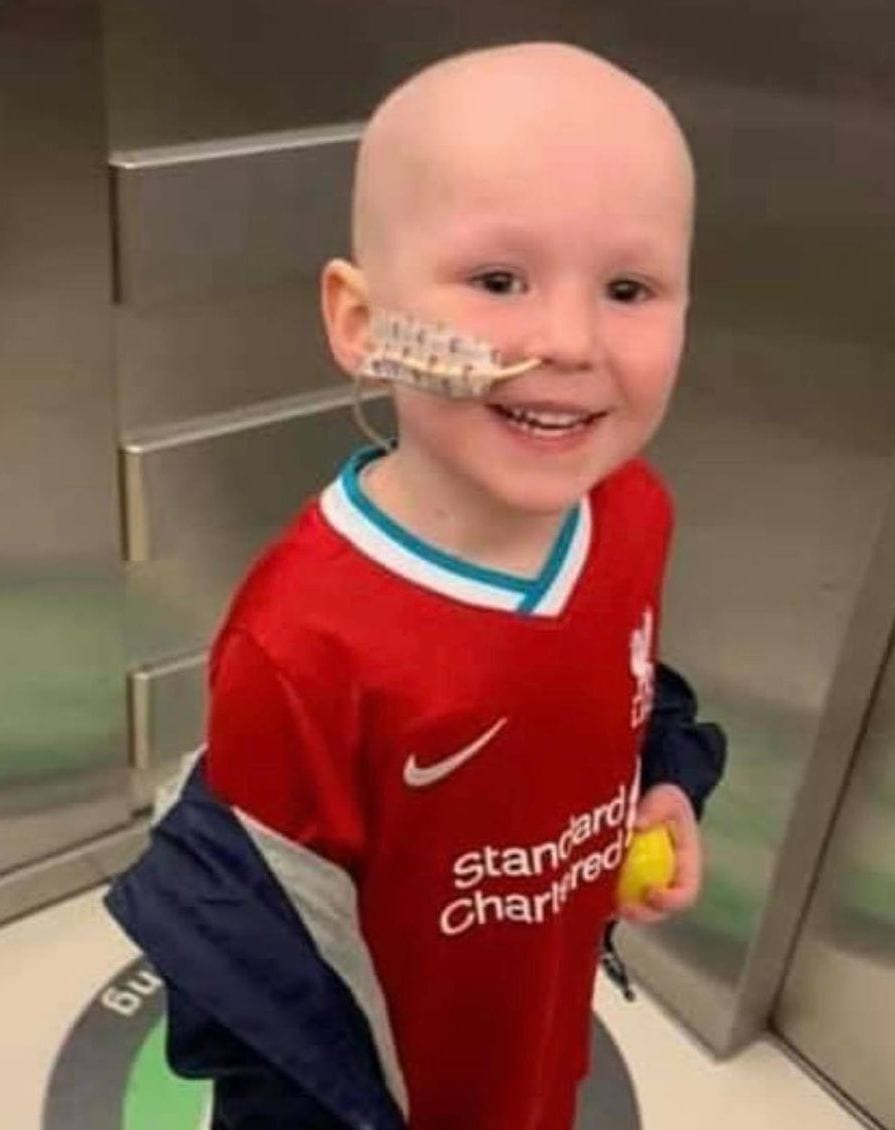 “For me there’s the satisfaction of knowing the enjoyment Alfie and his family will have after such a hard time. That’s my motivation, and I’ve been overwhelmed by all the support.

“But Dingle is a close-knit community, and everyone is pulling out all the stops. It’s amazing.”

MORE - 14 undercover outdoor places to eat & drink in Liverpool, even if it rains!