Footie coach Tom’s marathon efforts to kick cancer into touch - The Guide Liverpool
Contact Us Advertise with The Guide Our Video Services Follow us:

Most people heading off on holiday to Benidorm are focused on sun, sea, and plenty of Sangria – but Tom McDermott had another goal in mind.

With the London Marathon looming, the dad-of-four made sure he packed his running shoes and got up at 4am every morning for a coastal trek to keep his fitness levels up and his training on track.

“It was funny, I’d be getting up for a run while people were still out drinking,” he says. “And that would have been me once.

“But it was great, I managed to get out, see the sunrise, and get back to enjoy the holiday with my family.”

And he adds: “My goal is to raise as much money as possible for North West Cancer Research.

“It just seems to me that no-one in this day and age should be dying of this disease, we need to find a cure – and if I can do as much as I can to help fund research and make that happen, then I’m happy.”

Just returned from the Costa Blanca it will be the 34-year-old from Skelmersdale’s 10th marathon, and his second London Marathon, when he takes part in this year’s 26.2 mile run through the capital on October 2.

“I have always loved running and I’m fit, so I’m really looking forward to it,” he says. 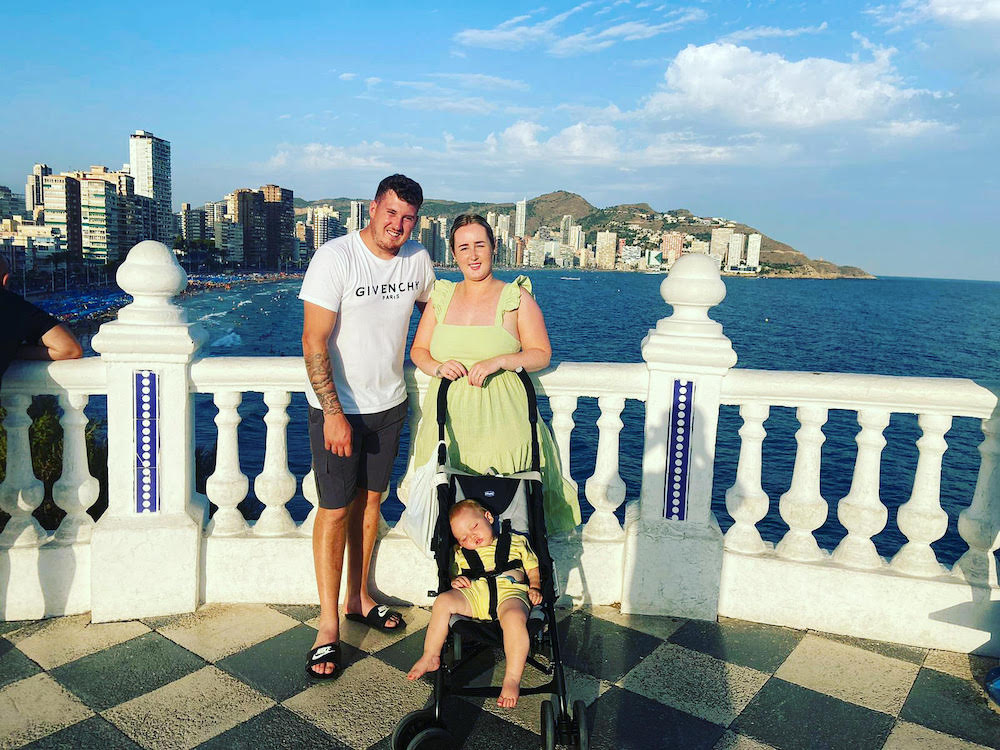 Tom on Holiday in Benidorm – with wife Kelly, and youngest son, Kaci

Last time he completed the mammoth route he achieved a time of 3 hours and 30 minutes, and he raised £4,300 for Liverpool-based North West Cancer Research.

This time he says he hasn’t got a time in mind, or a fund target, other than to do as well as he can, and raise as much as he can.

And it’s not the only thing he is doing for the leading cancer charity.

Tom, who is a construction worker for Westshield, is also a football coach for young people and has his own company, TM Football Development.  He has trained five teams for Clay Brow FC Juniors in Skem to prepare them for competition, and he now has his own team, Clay Brow Rangers Under-7s which he manages with assistant manager Jay Marlowe, as well as doing one-to-one training sessions for young footie hopefuls.

So the former Wrexham Academy player is also organising tournaments this month, to give young players the chance to take part in, and win, cups in what should be a motivating competition, and collect more much-needed funding for his chosen charity.

Eight teams will play in the TM Development Cup Tournament at Edge Hill University in Ormskirk on August 26, with the chance for the top two teams to win a Champions League Trophy and the bottom two a Europa Cup (‘so the kids feel motivated and everyone has the chance to get something’). 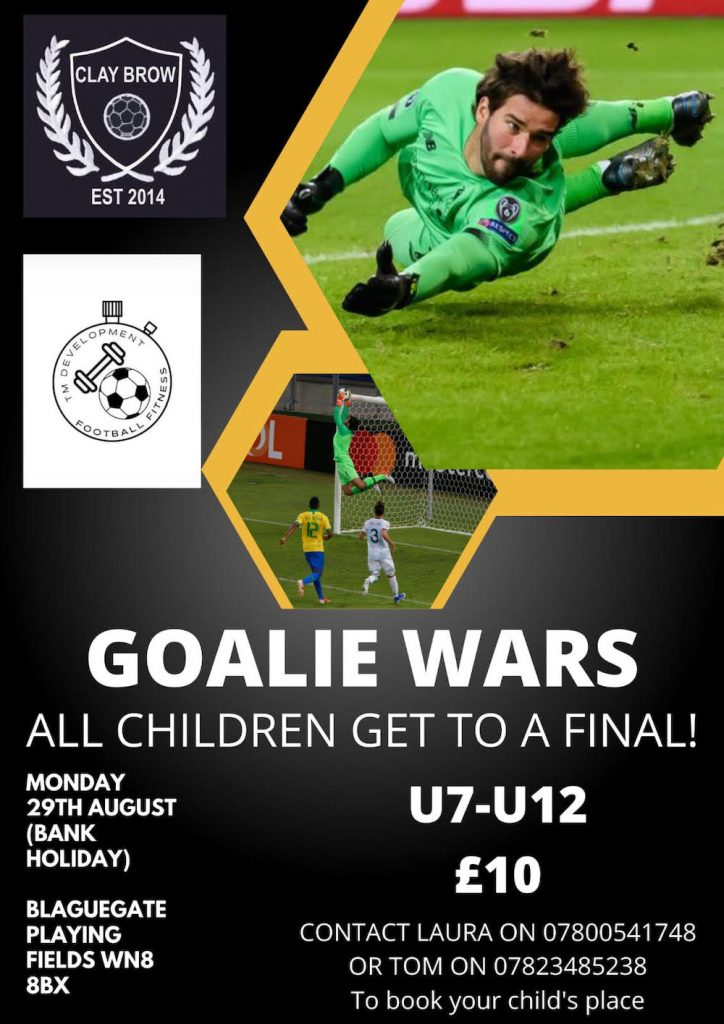 And on August 29, Tom is staging Goalie Wars at Liverpool Road Sports Complex in Skem.

He says: “I have asked all teams competing in the tournament to raise £50 so that should be £400, and I will be having collection buckets at the Goalie Wars event.”

Over the years Tom has raised thousands for charity – he has also raised money for The Marina Dalglish Appeal – but North West Cancer Research has become the organisation that’s meant the most.

He explains: “Some years ago I lost a friend to breast cancer, she was in her 30s and had a teenage son. It really hit home to me, the fragility of life and the need for more research into this horrible illness.

“When I raised money before, North West Cancer Research invited me to their complex and told me all about their work, and the research they are doing, and it’s amazing.

“The more we can raise to fund research, the more we can learn and treat people, so fewer lose their lives and more people survive,” adds Tom,

“People shouldn’t be dying from cancer, so I’m just doing my bit.”

You can donate to Tom’s Just Giving page here.