As he reached the summit of Snowdon Mark Tummon could barely contain his emotions.

It was the climax of an epic challenge which saw him conquer the famous Three Peaks of Ben Nevis, Scafell Pike, and Snowdon – and cycle the hundreds of miles in between.

And, seeing photos of Ana, his cousin’s baby in whose memory he’d embarked on the mammoth venture, and her name written in stones on the ground, the tears began to fall.

“I looked at the photos and Ana’s name, and we started talking about her, and I just started bawling,” says Mark. “My cousin was there with her children, it was her husband who had looked after us through the challenge…it was family. It was so emotional.

“It had been a harder feat than I’d imagined – a thousand times tougher than I’d thought – and as we got to the top a big rainbow appeared and Ana’s dad said ‘that’s her looking over you’.

“Any time you do something for someone else, I don’t think there’s anything better. It’s one of the greatest achievements I have ever made…”

And that’s a bold claim for Mark. Because the August challenge which pushed him to his physical and mental limits came after a much more personal one, to beat a drug and drink addiction which had plagued his early adult life, seen him serve time in prison, and attempt to take his own life.

“There was a time when I didn’t want to be here anymore,” he admits. “Addiction had turned me into a liar and a thief.

“During the last year of my drinking I’d pray every night that I wouldn’t wake up, and I felt no-one understood how bad it was.

“At Christmas 2015 I couldn’t stop crying. I got a knife because I wanted to slice my face open to get sectioned to stop me, because it doesn’t matter how bad you get, giving up is a daunting prospect. It was my rock bottom.” 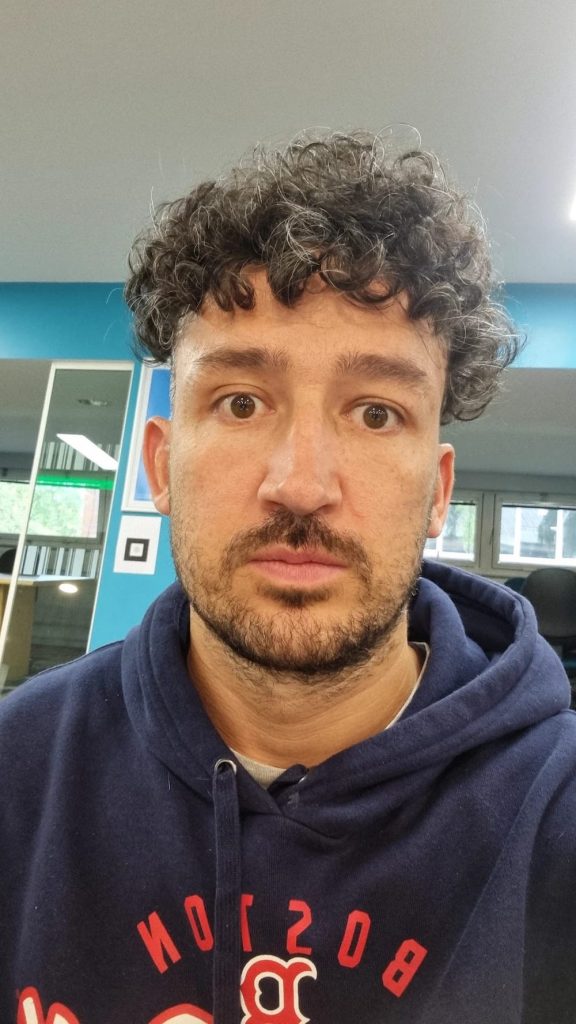 Mark, 38, from Runcorn, finally asked for help. And in February 2016, when he was sentenced to 10 months in prison after being found guilty of possession with intent to supply cocaine plus obstructing and assaulting a police officer, he vowed to continue his recovery. And he did.

He has been sober for almost seven years after embarking on a 12-step programme.

The father-of-four has been a personal trainer for four years and has just started a dietician degree course at Chester University.

He is focused on family life, living a better life, and giving back to those around him: “When you are an addict, you are generally selfish and you don’t care about anybody else; you only care about satisfying your own needs. And that’s pretty much how I lived a lot of my life.”

Ridding himself of the pain and unhappiness which led him into drink and drug oblivion and conquer his addiction, Mark turned his life around. 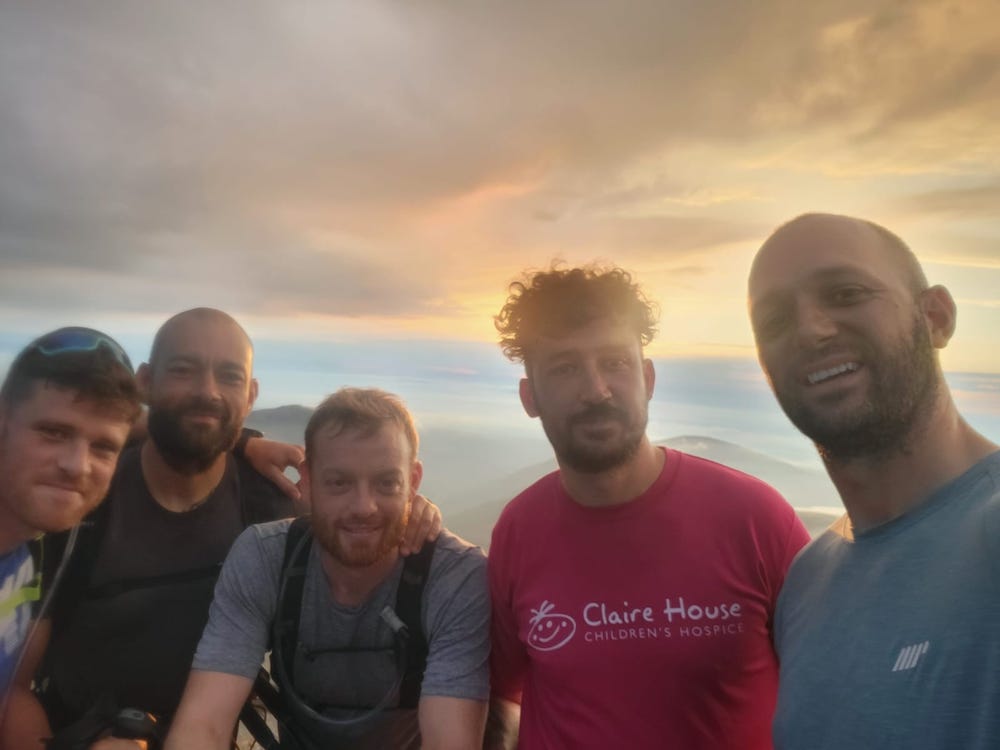 Now he is intent on trying to make it up to his family, including partner Joleigh, who supported him throughout, and giving back.

The Three Peaks Challenge in August was his latest venture for them which, so far, has raised more than £8,000:

Day one: Ana’s dad, Phil Clark, drove Mark and friends, David Clayton, Martin Potter and Thomas Parry, to Ben Nevis which they climbed in the heatwave before cycling 116 miles to Hamilton.

Day two: They cycled 126 miles to the Lake District.

Day three: They climbed Scafell Pike and then cycled 120 miles to Runcorn.

Day four: They cycled 75 miles to Snowdon and then climbed Wales’ highest peak.

“Day three was possibly the hardest, because we were sore from the cycling and tired from climbing,” admits Mark, “and thoughts come into your head that you can’t do this.

“But I would never have stopped unless I’d been too injured to carry on because I’m not a quitter – and I was doing it for a great cause – Claire House in memory of Ana.”

Ana was the twin daughter of Mark’s cousin, Emma. A mum of Amelia, now 10, and Olivia, five, Emma was thrilled when she found out she was expecting twin girls – one is Olivia – but devastated when she discovered that one of them was unlikely to survive.

Claire House helped her to come to terms with her loss and helped her spend time with Ana for the short time that she was alive, and afterwards. Ana stayed in the hospice’s Butterfly Suite where her family was allowed to hold her and care for her, and create magical memories which they will treasure forever.

Mark says: “They helped her organise the funeral, and Amelia was able to be with her sister and have fun while Emma and Phil grieved.

“Claire House gets no government funding. And when you see someone go through what Emma did, and you see they help they give, it makes you want to help.

“I wouldn’t want anyone else to go through that and not get the help, or be able to make the memories, that they did.

“I said I would raise money in Ana’s name and I’ll carry on doing that.

“The next challenge has got to be even harder because I’m asking people who work hard for their money to give us some of it, and so I feel that I have to earn it from them.”

Mark says: “People ask if I’m proud – but I’m not proud of myself. I feel lucky that my family have supported me through everything and I got into recovery. I have seen addiction get the better of many people and take their lives.

“They say the best way to make yourself happy is to make others happy, and that’s what I plan to do.

“It’s been a crazy few years, but I owe my life to the help I got and my family, and they’re my focus now.”