Former Liverpool teacher's new book sheds fresh light on hunt for Jack the Ripper - The Guide Liverpool
Contact Us Advertise with The Guide Our Video Services Follow us:

A retired Liverpool teacher has written a new book which sheds fresh light on the hunt for Jack the Ripper.

Chris Jones, who taught history and was deputy head of Gateacre School, has penned a true crime book which delves into the lives of one of the city’s most scandalous couples.

It examines archives, evidence and new material around James Maybrick, who supposedly confessed to being the world’s most notorious serial killer, and his wife Florence, who was tried and found guilty of his murder in 1889.

Chris, who lives in Aigburth not far from where the Maybricks rented a home on Riverside Drive, spent four years painstakingly researching and collaborating with American co-author Dr Daniel Dolgin, setting out to prove the husband and wife were both innocent.

The result is his second book on the subject, titled ‘The Maybrick Murder and the Diary of Jack the Ripper: The End Game’, which he believes offers conclusive evidence that neither was guilty of the terrible crimes linked to them.

“We call it the end game because at the end of the book we give two well-reasoned and well-argued cases for why Florence was innocent of her husband’s murder and why the diary in which James confessed to being Jack the Ripper was actually a forgery,” he explains.

“The main thing was to establish their innocence beyond any real doubt and I think we’ve done that.”

64-year-old Chris, who is now considered an expert worldwide on the Maybrick cases, became involved in their investigation almost by accident in 2007.

Liverpool Cricket Club, where’s he is a member, was celebrating its 200th anniversary and the chair of each sporting section was asked to organise an event to mark the occasion. 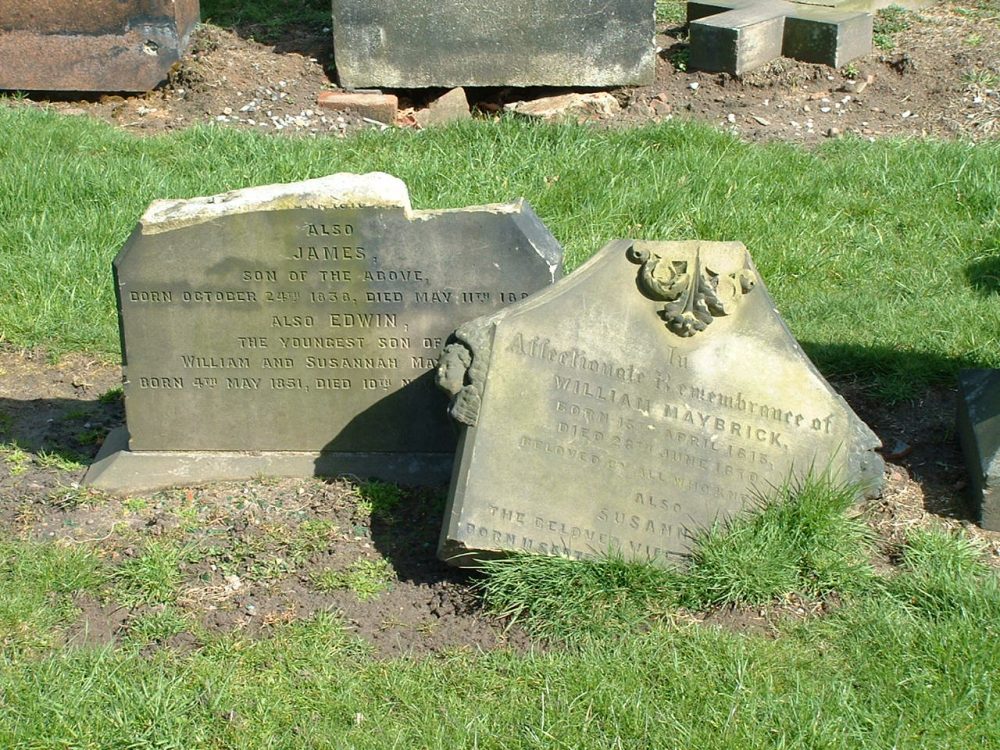 “Because my background is a history teacher, I knew that James Maybrick and Florence were both members and they lived directly opposite the club, on Riversdale Road, in what’s now number 7 but was then 6A.

“In 1889 James died under suspicious circumstances and the finger pointed at his wife who was quite a bit younger and had a very brief affair. They found small traces of arsenic, about a tenth of a grain, which wasn’t sufficient to kill him but because of circumstantial evidence she became the prime suspect and was charged.

“It was a massive miscarriage of justice because he was an arsenic addict. At her trial at St George’s Hall, she was found guilty and sentenced to be hanged. She was basically convicted on the grounds of morality – they thought any woman who could commit adultery could kill her husband. 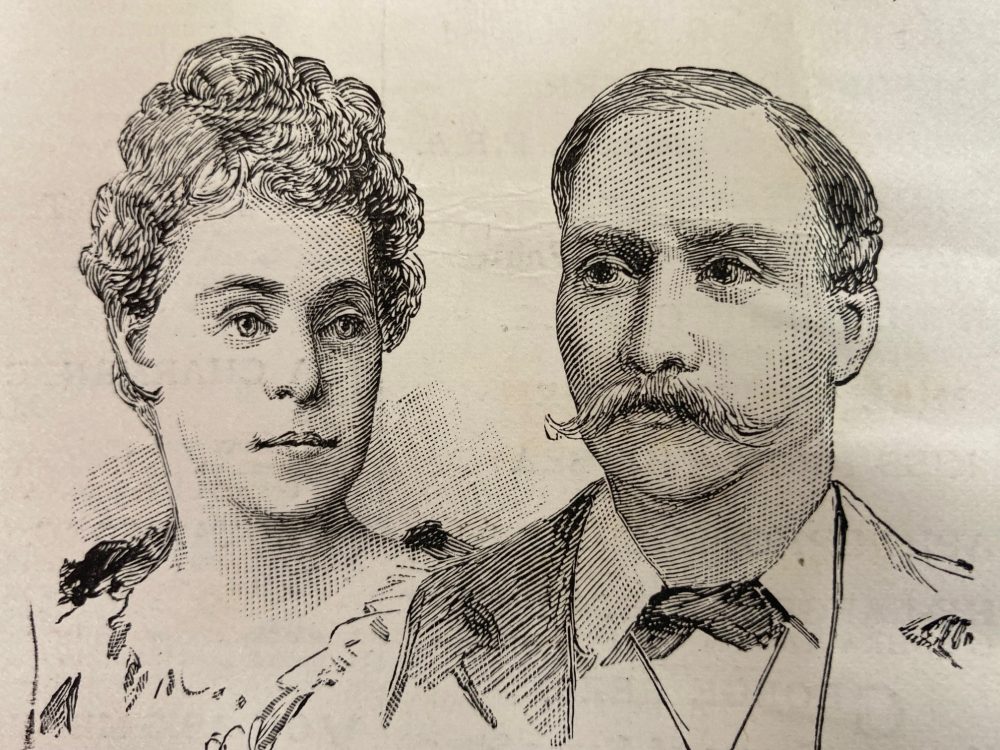 “There was a massive outcry and the sentence was commuted to life but she spent 15 years in jail, and although she was released, she was never pardoned. She went to live in America and spent the last 20 years of her life as a recluse before she died in 1941.

“It became a very famous case and a massive story because she was an American, much younger than him, there was sex and drugs involved, and a middle-class woman charged with murder was a rarity.

“Then in 1992 the story took a second twist because a diary was brought to light which was more like a confessional document, dated May 3, 1889, in which this guy confesses to be Jack the Ripper.

“The diary doesn’t actually say the name James Maybrick, but it says he lived in Battlecrease, which was what Florence called the house on Riverside Drive, and it gives the name of his wife and children so it identifies him.” 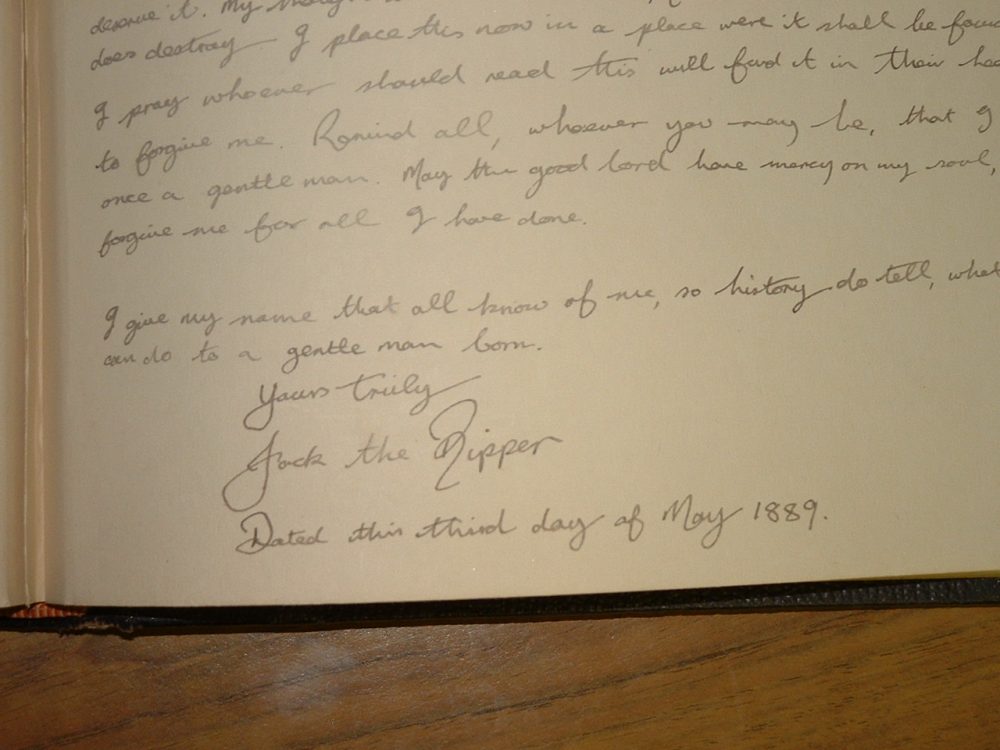 Opinion about the authenticity of the document has been divided ever since, not least because there were several different stories about how it was found and how it came into the hands of the man who claimed to own it.

It was that controversy which first led Chris to suggest a Maybrick ‘trial’ event in 2007, with no idea then just where it would lead.

“It just took off, people were contacting me from all around the world wanting to come to it. They came from America, Germany, Holland, we were even on French TV, so what started as a little social became a whole weekend event.”

Although he doesn’t claim to be a Jack the Ripper expert, his investigations into Maybrick pulled him into the world of so-called Ripperology.

He wrote his first book, The Maybrick Z to Z, in 2008 and has contributed to two others. Now this latest work takes the mystery solving a step further, looking in detail at everything from handwriting to ink analysis and exposing factual inaccuracies. Even the paper on which it appears is discredited.

“It’s written in an old Victorian scrapbook which you can buy very easily now off eBay, I’ve got a couple myself,” says Chris.

Chris will launch the book this Sunday in the Reading Rooms in Wellington Street, Garston, where James Maybrick’s inquest took place in 1889.

It delivers what amounts to two clear not guilty verdicts, but he says that’s not the end of what’s become a passion project.

“In this book we don’t name the people who forged it, although I’m pretty sure I know who it was. I’m working on that. There are still things to be found out, still question marks.”

Buy The Maybrick Murder and the Diary of Jack the Ripper: The End Game here.