Four of Liverpool’s best-known mural artists collaborate with Make Thread. - The Guide Liverpool
Contact Us Advertise with The Guide Our Video Services Follow us:

Four of Liverpool’s best-known mural artists have had their work turned into wearable art in collaboration with Make Thread.

Make Thread, which is based in the Baltic Triangle, works with designers and artists, as well as influencers, charities and campaigns to produce accessible sustainable fashion.

Breaking down the barriers which traditionally hold people back from getting into the fashion industry, it allows them to turn their designs into collections, printed on demand with no start-up costs, no risk and zero waste. 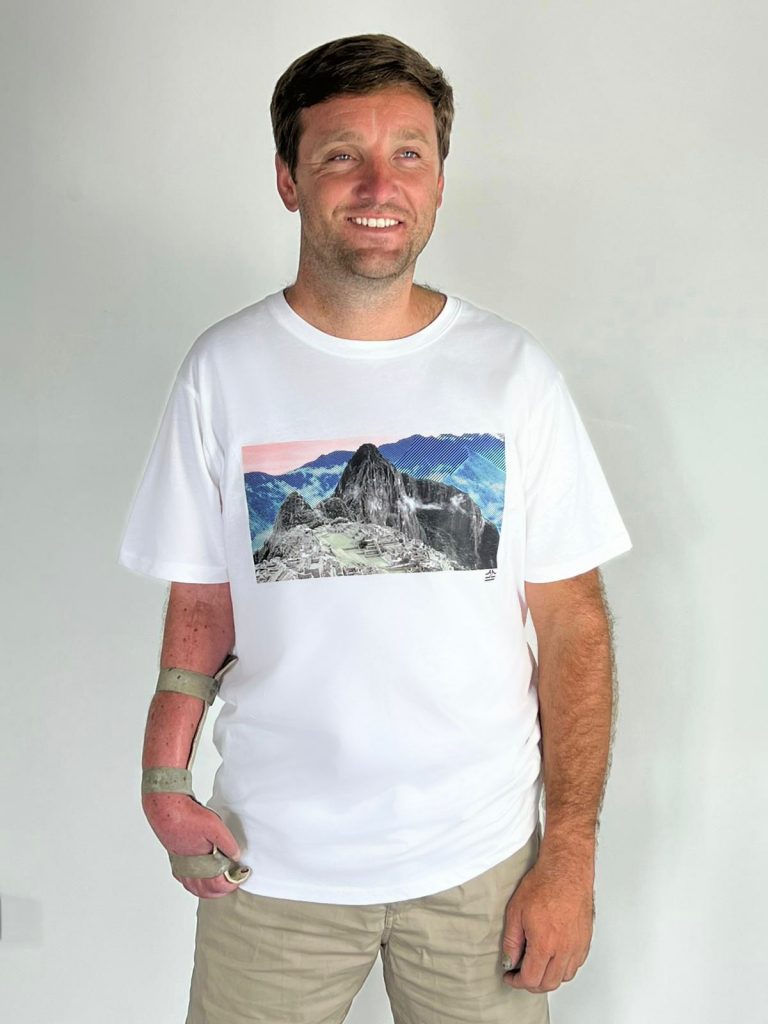 They’ve each created their own limited edition T-shirt with a unique message, which will be available to buy from the Make Thread website and at a pop-up art/fashion exhibition in the Baltic.

MORE - WATCH: Riva Blu on Castle Street tells us all about their exclusive summer offers

Until the end of July, 92 Degrees coffee shop on Jamacia Street is showcasing the artists’ work alongside their T-shirts so people can get a feel for the clothes, shop with a QR code and view the artwork side-by-side.

Katie Roche, one of the co-founders of Make Thread, says the idea for the project came about from her own commute into the office.

“We’re based above Chapters of Us in the Baltic so this idea really came from the fact that I walk past these four artists’ artwork every single day and lots of businesses we already work with use them for wall murals or shop windows.

“We’re really about empowering independents, and we wanted to connect with people and communities in Liverpool, that’s why we chose them.”

Katie and her business partner Sarah O’Brien, who are both from Liverpool, have had an incredible response since they launched Make Thread in April 2020, a month after the country went into full lockdown.

They came up with the idea for a sustainable platform connecting design, social media and e-commerce after studying for an MBA in business administration.

“We both worked in corporate jobs, I worked for an oil company and Sarah worked for a large beauty brand, and we both decided to go back to university in 2018 and study,” she explains.

“We did a research project and identified lots of different barriers for designers to enter the fashion industry. We also studied sustainable fashion and we spent four months writing about all the issues going on in fashion. There were so many that once we finished our degrees, we decided we wanted to create a solution so we started Mark Thread.

“The first year was spent doing market research, and going into universities and meeting students, then we decided to build and launch the platform in April 2020. Because of the timing we were debating whether or not to launch, but we managed to find a really small supplier in Leicester who did the on-demand printing, and it was the best thing we could have done.

“We stripped back the business model, we decided to do white T-shirts only during the pandemic, and we raised money for Covid relief National Emergencies Trust.

“Through that we were on The One Show, This Morning, in national newspapers and in Grazia, all within the first six months, and we had support from about 50 influencers and celebrities.

“Our name was out there, and we’ve just grown from that, so it’s been a bit of a crazy two years.”

Since then, Make Thread has teamed up with numerous independent designers and influencers, including recently Roxie Nafousi, author of Sunday Times and Amazon bestseller Manifest.

“People love that T-shirt because not only is it super-soft, super-high quality and sustainable, they really connect with the message behind why they’re wearing it or why they have that tote bag.

“Every collection we create has got a message and meaning behind it, so as well as removing the barriers for designers to enter the industry, we want people to really connect with the fashion that they’re wearing.”