Full programme revealed for Cheshire Fest 2022 - The Guide Liverpool
Contact Us Advertise with The Guide Our Video Services Follow us:

One of the region’s best-loved festivals, Cheshire Fest returns across the June Bank Holiday weekend with a headline performance from legendary Liverpool band The Zutons, alongside a host of local heroes and leading artists.

The jam-packed weekend of events run from Thursday 2nd June to Sunday 5th June – with four days of celebrations planned in honour of the Queen’s Platinum Jubilee.

This year, it all takes place in a brand-new site at The Lambing Shed, Moseley Hall Farm in Knutsford – descending on a beautiful tree-lined location in the heart of the green Cheshire countryside, with a line up that’s set to wow festival-goers and attract visitors from across the North West. 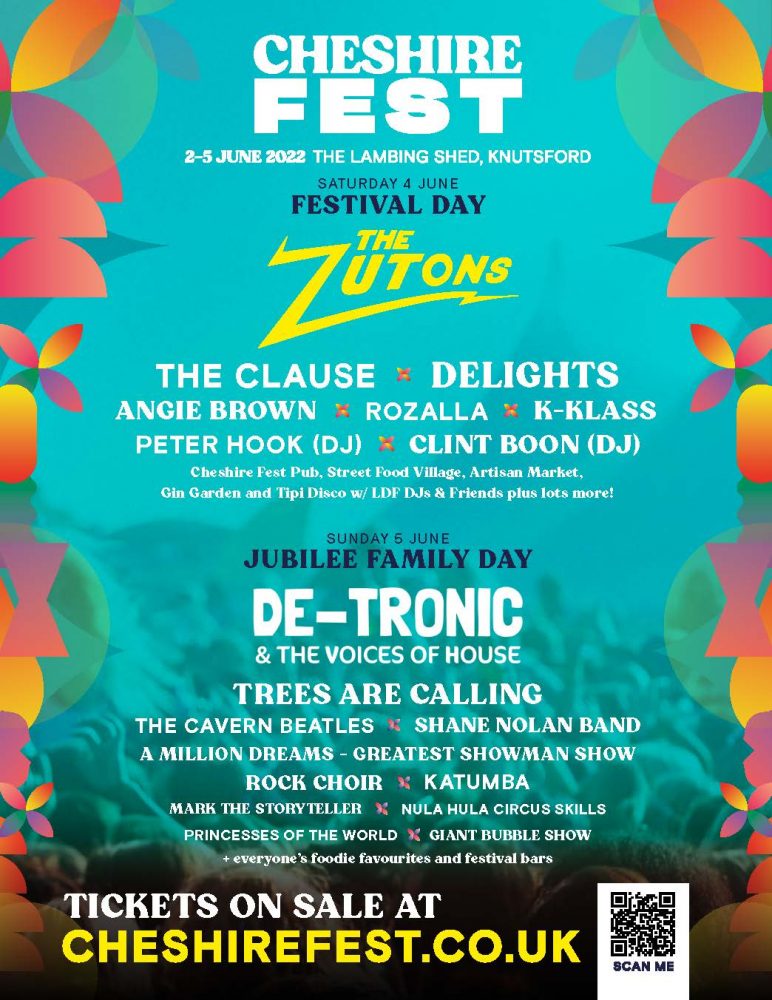 The festival opening-night kicks off Thursday 2nd June (4pm to 11pm) with the famous Bongo’s Bingo. Revelers will play and party in a giant Big Top Tent, where Jonny Bongo himself hosts the show with all their usual crazy prizes, spontaneous dance-offs, rave intervals and magic moments of nostalgic escapism – it is hailed as the definitive bingo experience and is not one to miss, as a debut for the Cheshire region!

Just announced – on Bank Holiday Friday 3rd June, Cheshire Craft Beer Fest will take over the site from 4pm to 11pm with a celebration of the best craft beers, cocktails and mouth-watering street food in the Big Top Beer Hall. Over 40 UK breweries and brands will be serving up their finest pours including Beavertown Brew Co. and Tiny Rebel, with tables, seating and solid flooring to dance the night away.

As the evening comes alive, a stellar music programme led by Judge Jules will get the crowd moving, with his 10-piece live band performing the greatest dance music hits from the last 30 years. Support comes with DJ sets from Take That’s Howard Donald and Radio 1’s James Cusak.

On Saturday 4th June, Festival Day has it all going on with The Zutons headlining, marking the 15th Anniversary of their debut album “Who Killed The Zutons” and performing new works, produced by non-other than Nile Rogers. 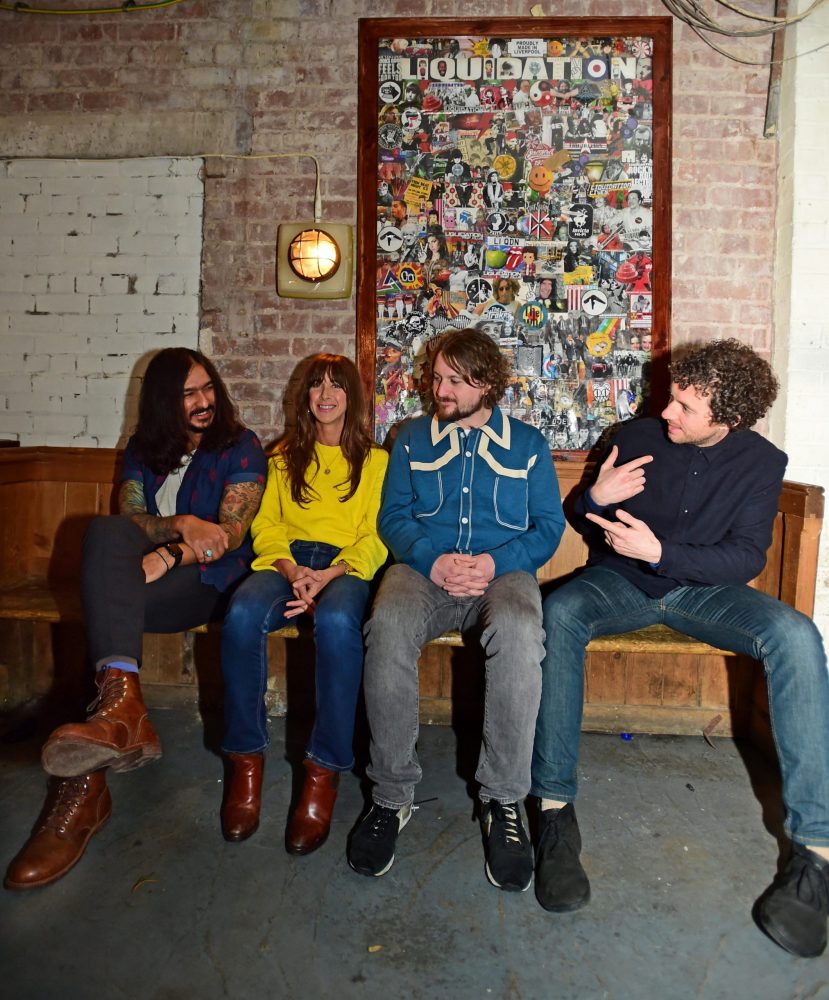 As evening descends, a duo of DJ sets from two local legends will get the crowd moving in the Big Top – with Hooky (Peter Hook) of New Order, Joy Division, The Light and Hacienda Club playing along with Clint Boon of 90’s big-hitting band Inspiral Carpets. As the party starts, 90’s house music queens Angie Brown and Rozalla perform live on stage, before the phenomenal trio K-Klass headline with a closing set of pumping hits. More artists are still yet to be announced!

In addition to all of the music across the festival weekend, there will also be a selection of brilliant bars – including the Cheshire Fest Pub and JJ Whitley Neil Gin Bar serving everything from craft beers to artisan gins and prosecco. The Tipi Disco will offer a vibrant escape with premium cocktail mixologists and soulful music by Liverpool Disco Festival DJs keep things grooving; whilst an expansive Street Food Village and Artisan Market by Independent Street will showcase the best indie businesses in the region.

Sunday 5th June is the Jubilee Family Day, when the festival will become one giant street party with a whole programme of family entertainment including; the Greatest Showman Show by A Million Dreams, amazing circus skills from Nula Hula, Mark The Storyteller and a magical giant bubble show from eBublio, with all the colours of the rainbow floating through the fields.

To cap off the day, cover bands will be playing greatest hits from across the decades with The Cavern Beatles, Manytones and more. Truly the Best of British! 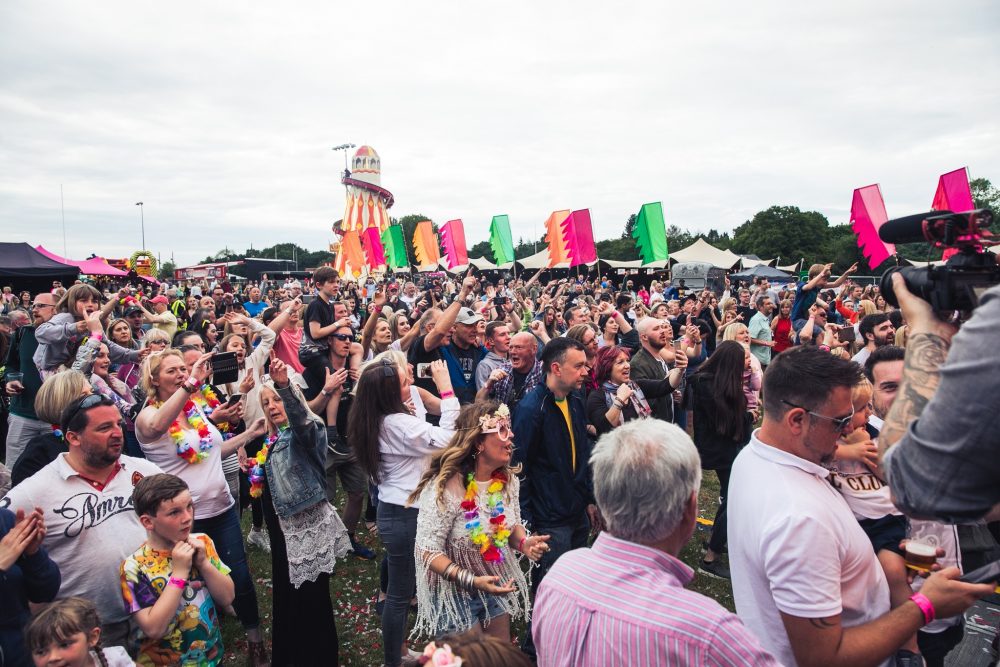 “We are so glad to be able to bring Cheshire Fest back after a two-year hiatus due to the pandemic. The 2022 line up is definitely the best we’ve ever had and by partnering with so many local businesses, the festival will have a real community feel. It is the perfect festival for families and groups of friends to get together and enjoy some amazing music, great food and drink and enjoy socialising again.”

The second release of tickets are on sale now (after the first release sold out) and can be purchased for individual days, or the whole weekend via cheshirefest.co.uk. Tickets start at just £8.50 for children and £12.50 for adults.