Fundraiser will raise vital cash for Ukraine refugees, says farm boss moved to make a difference - The Guide Liverpool
Contact Us Advertise with The Guide Our Video Services Follow us:

A fundraiser at a Wirral farm is set to raise thousands to support refugees coming to the UK after fleeing the war in Ukraine.

Love Ukraine is a live music event being staged at Claremont Farm this month, with hopes that it will raise £5,000 or more for the Sanctuary Foundation, a charitable project set up in response to the crisis.

Andrew Pimbley, director of the farm, says it will not just raise cash but increasing awareness of the devastating situation and those escaping from it.

“I’m horrified by the war and what’s going on, as well as the refugees and our government’s attitude towards them,” says Andrew, “especially when it didn’t seem like we were going to offer as many visas to refugees, making it hard.

“Everything going on has moved us all, but this is something we can directly make a difference towards.

The Sanctuary Foundation is a collaborative project led by Dr Krish Kandiah – who’s previously launched campaigns to support Syrian and Afghan refugees – in partnership with charities, churches and other agencies.

Following the Government’s new humanitarian sponsorship programme which will allow an unlimited number of Ukrainian families to come the UK, the initiative will initially seek to identify those who are interested in sponsorship and raise money which will be used to cover small central costs and grants to churches and charities who help prospective sponsors. 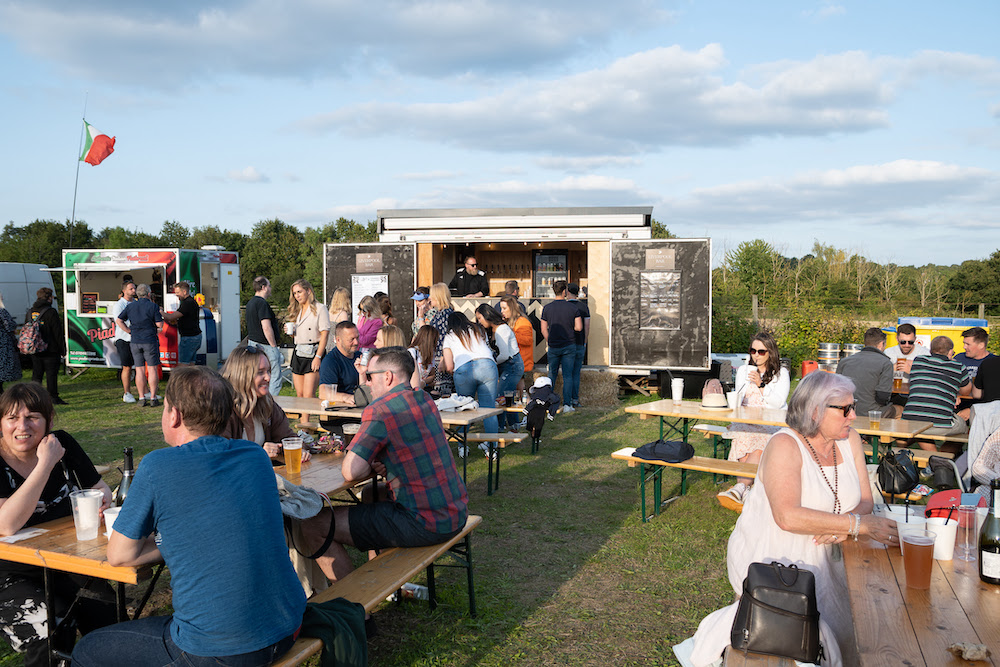 “We really need to make an effort to do something, and add some financial value to the people that are directly working with refugees, to get them over to this country, to get them integrated in this country, and that’s what the money is going to go towards,” says Andrew.

“The aim is to raise £5,000 with a combination of direct sales and money from food producers who are giving their profits to the cause as well. Hopefully we will raise the £5,000 minimum and, even, lots more.”

Claremont Farm was already hosting an acoustic event on the night of the fundraiser – April 17 – when its marketing manager Paul Barnard came up with the idea to support people from the Ukraine and Sanctuary Foundation.

Andrew says: “We decided to make it bigger and see who was behind us and who could support us.”

The Left Backs, Harry James, Carlos Grassot, Joe Bennett and Kurtis Joinson are among the acts taking part, and there will be food and drinks from people like the Black Lodge Brewery, pizzas from the Dough Brothers and Pen-Y-Lan with a hog roast. 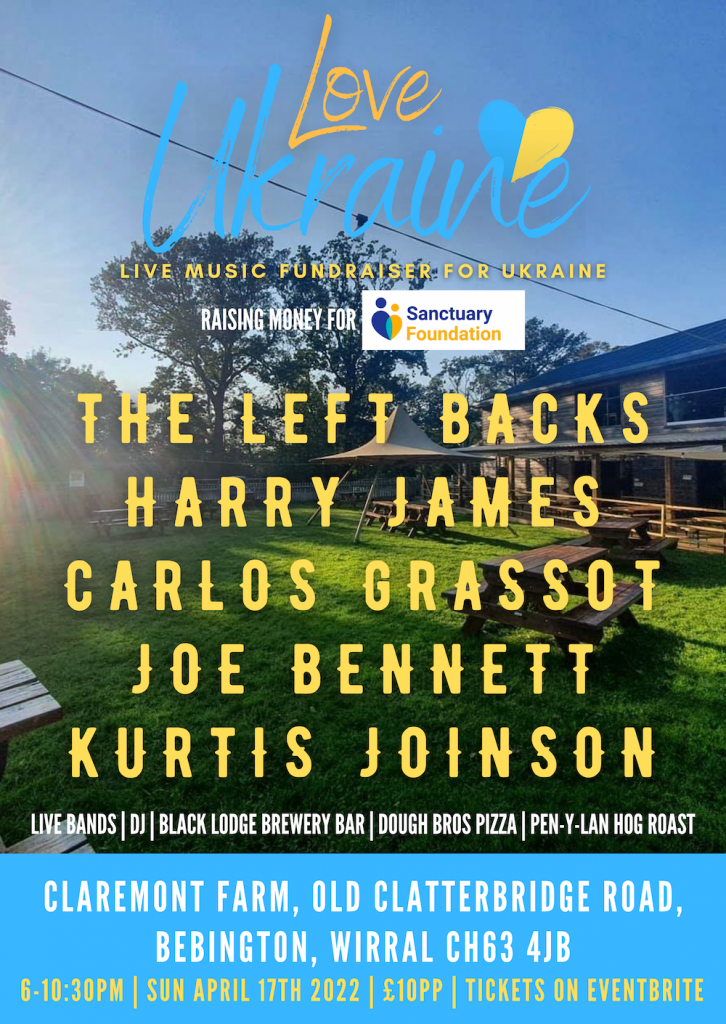 It is a standing event, but people are invited to take along their own chairs and Storyhouse has gifted 50 deckchairs for event-goers to use.

Andrew says there is often the feeling with larger charities that a lot of money raised can get lost in administration costs and they wanted to make sure that all the money collected from the event would be used to help the people who needed it most.

Tickets are out now at £10 per person and you can book yours here or you can simply support the cause, donating money via JustGiving www.justgiving.com/crowdfunding/sanctuary-foundation

To find out more information about the Sanctuary Foundation go to the website here.