Ghetto Golf Liverpool gets set to reopen with a brand new look - The Guide Liverpool
Contact Us Advertise with The Guide Our Video Services Follow us:

Ghetto Golf is relaunching in Liverpool where it all started four years ago by Merseyside friends Danny Bolger and Kip Piper, with a lockdown refit to create its wildest adult urban golf course yet.

Since opening it’s grown into a multi-venue business with sites across the North of England, built on the partners’ vision and ambition, but its kept its base and its heart in Liverpool.

Now the owners have used weeks of enforced closure to rip out the original venue at Cains Brewery Village and totally transform the space into a jaw-dropping, club-swinging sensory spectacular.

“This is our way of repaying Liverpool for all its help and support in growing this amazing company,” says Danny. 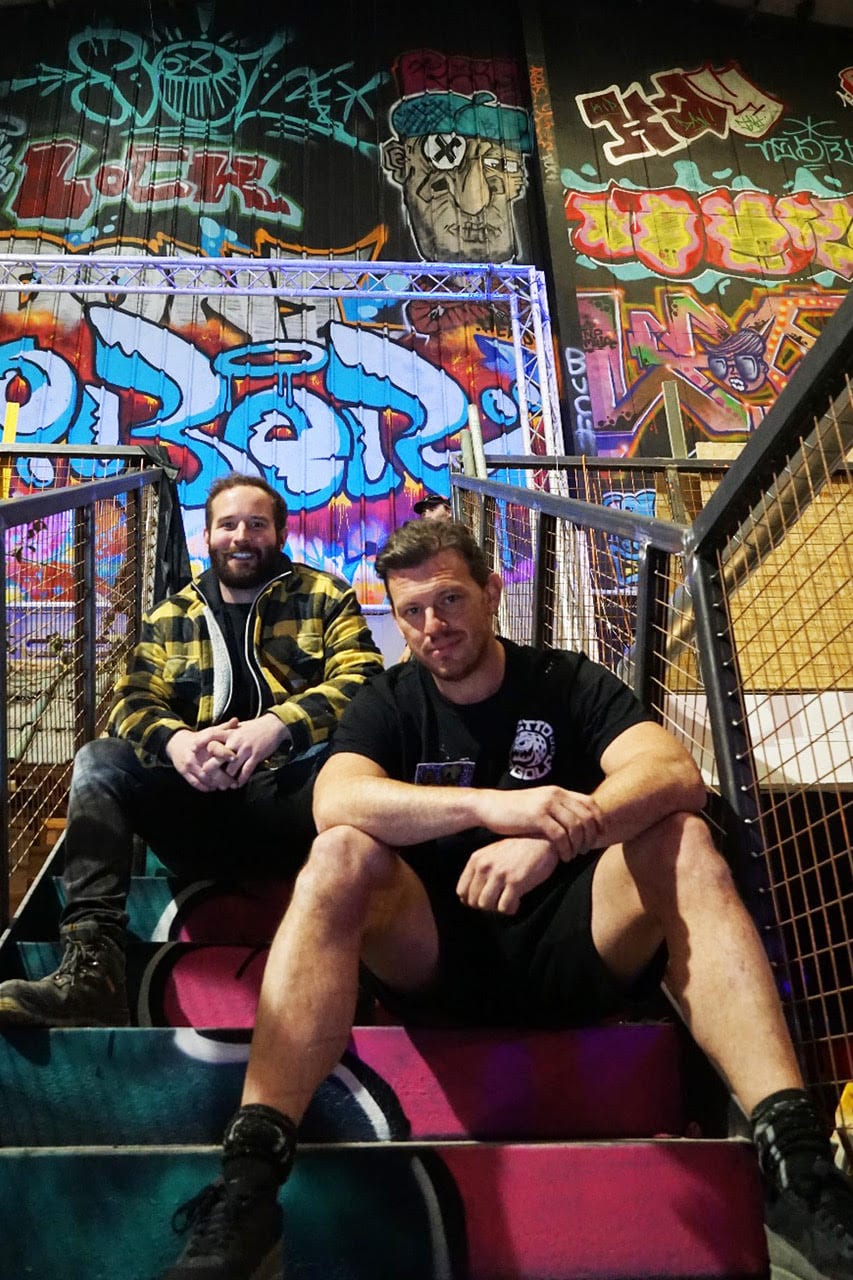 “This is the rebirth of the venue that started everything – Liverpool, the city and the people, took our idea on board, they grasped it and nurtured it and gave us the opportunity to become the company we are today, so in return we wanted to give the city the best venue it’s ever seen.”

“The whole Cains Brewery was nothing more than a ghostly industrial mass of empty buildings and car parks at the time,” remembers Danny. “But we knew people really wanted more than bars were giving them and we wanted more too. They were bored with the same old nights out so we decided to twist things up a bit.

“We had our hearts set on doing things differently and bringing Liverpool something it had never experienced before.”

Financing it entirely themselves, they combined hospitality and building skills to piece together the concept they’d imagined. 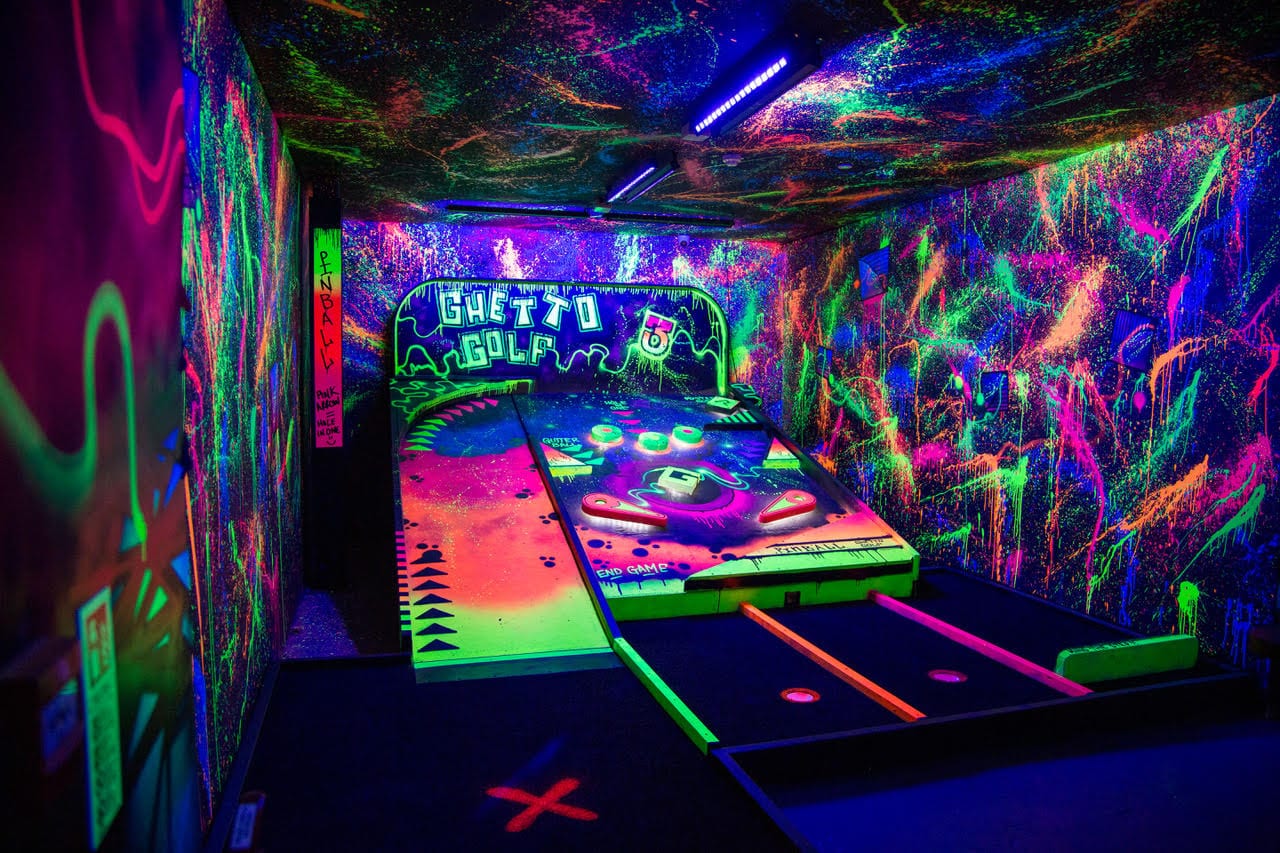 “We got scrap timber from wherever we could get it, we were in every skip we could get our hands on, we did absolutely everything we could to create that dream,” says Danny. “What we didn’t know was how the people to Liverpool would respond to it, but they loved it.”

From that first site, Ghetto Golf now employs more than 200 people, with venues in Birmingham, Newcastle and soon Glasgow. Venues have also been secured in Sheffield, Leeds and Nottingham which will employ 200 more. 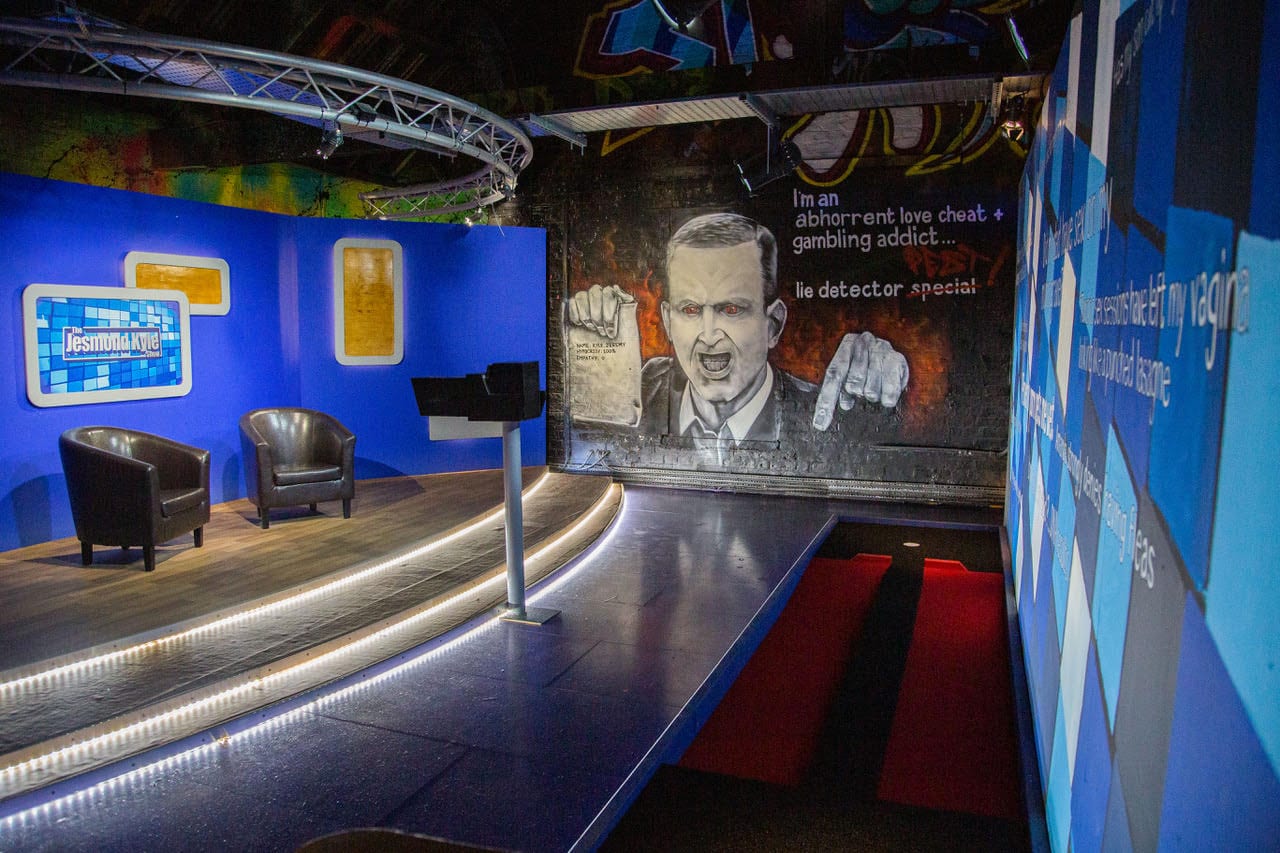 Along the way, the company has had countless offers to set-up their headquarters in Manchester, Birmingham, and London, but it has never been tempted to leave home.

“We chose to keep our head office here, and to grow the company from here,” says Danny.

“Liverpool means something to us, we grew up here and this is the city that made us want to be in this industry. It’s where the company was born and where it’ll stay.”

In 2019, Ghetto Golf strengthened its ties by opening its head office and ‘wonder emporium’ workshop at Brunswick Business Park.

It’s there that the tongue-in-cheek risqué designs which make it so unique take shape.

“We’ve got a full design suite in our head office so we don’t contract anything out, we do everything from building the booth seating and laying the floors to graffitiing the walls” says Kip.

“Right from the start it’s been about building the right team and skills. 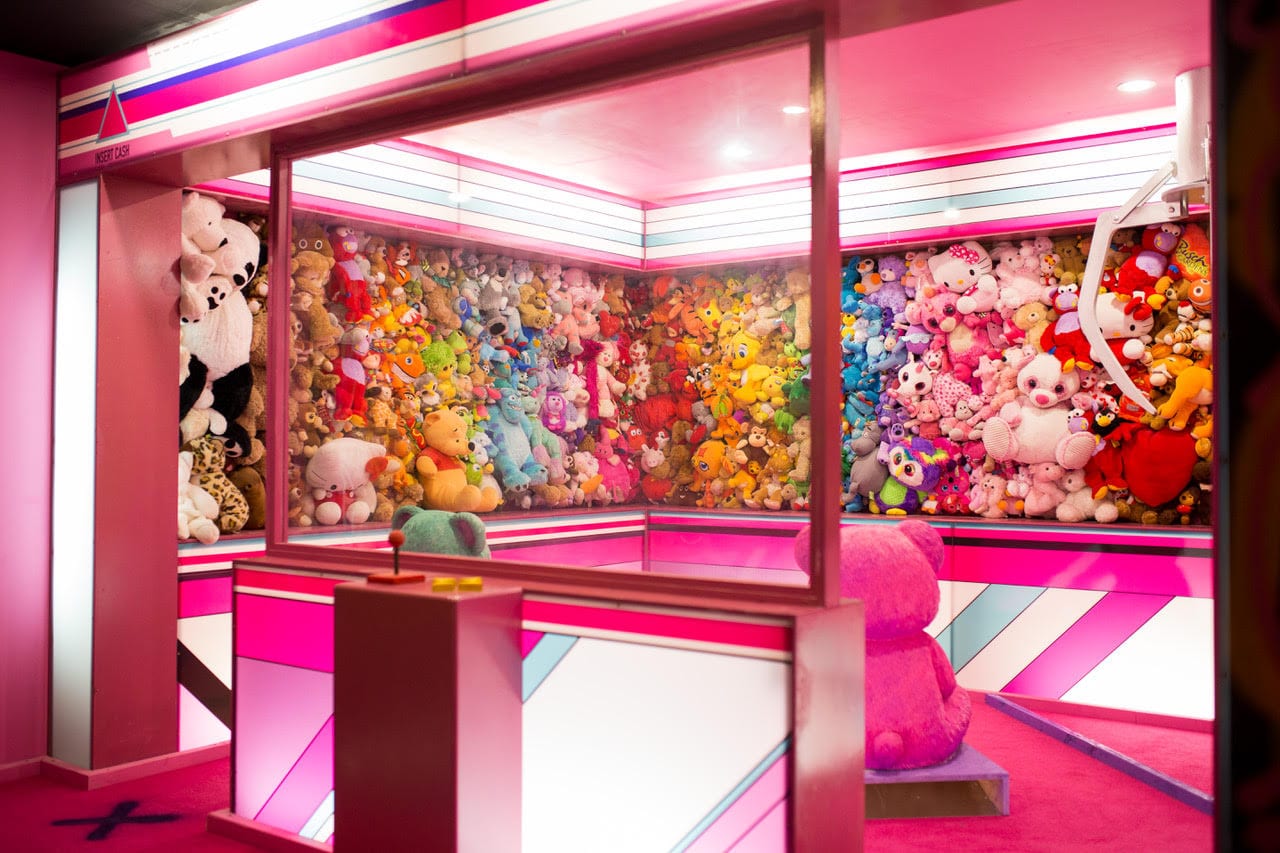 “We employ ex-BBC set designers, who’ve worked on projects such as Peaky Blinders, to give us an edge over any competition and because of our well-established connection with the street art scene, we’ve really stepped up our creative process.

“We create a sense of exploration, wonder and authenticity in our venues that you wouldn’t find anywhere else.”

Ready to reopen in July, Danny and Kip say Ghetto Golf Liverpool will be something special. 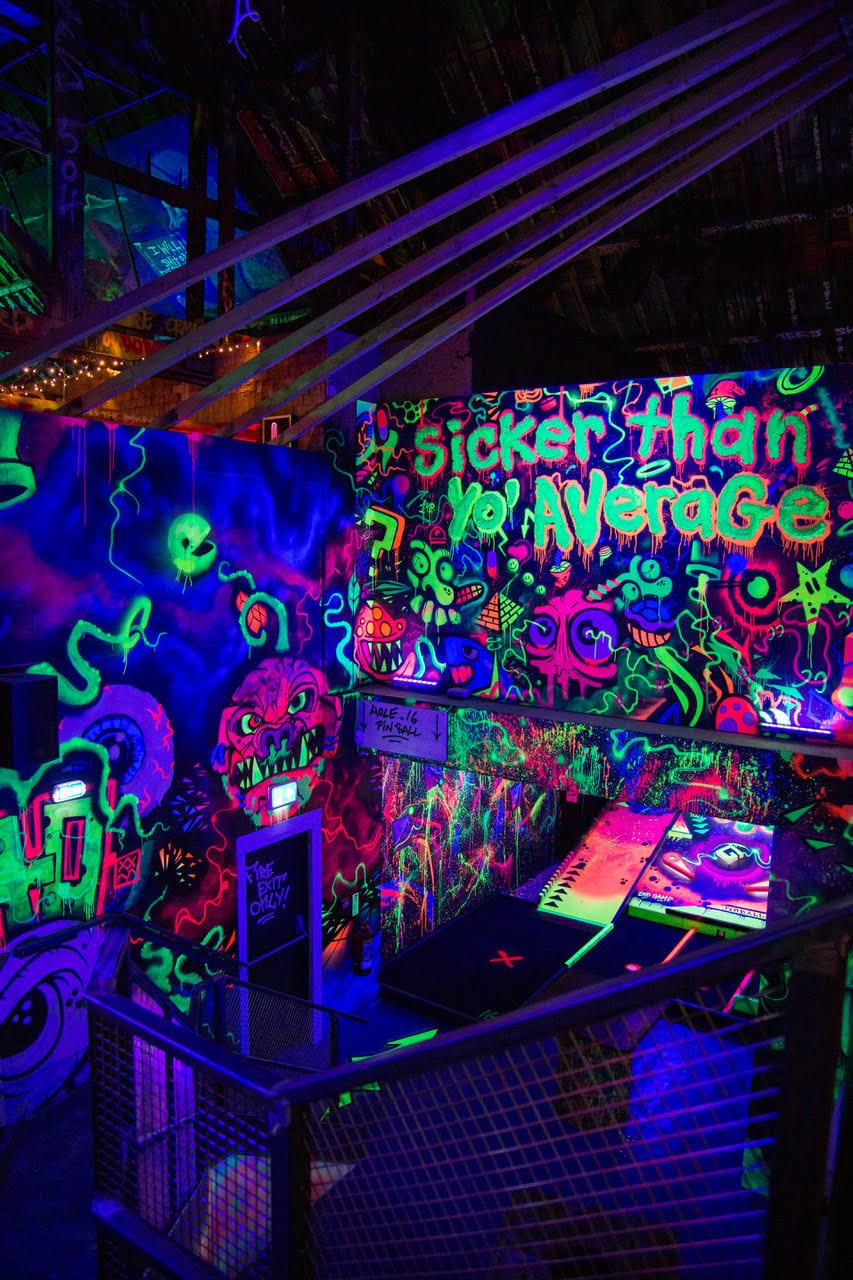 “Ghetto is so much more than golf, it’s a graffiti spray ground, crafted by a group of urban creative misfits, here in the city.

“We had no money when we opened Liverpool, but now we have the resources, skill and experience that we’ve gained along the way to create something much better.

“Liverpool gave us that opportunity and the new Ghetto Golf is our thank you.”

MORE - Baltic Triangle we’ve missed you! Here’s how reopening is going for some of our fave Baltic bars & venues…