Glastonbury presents Live At Worthy Farm show to air on BBC alongside documentary - The Guide Liverpool
Contact Us Advertise with The Guide Our Video Services Follow us:

The BBC has secured rights to broadcast footage from Glastonbury’s livestream event held at the weekend, with a behind-the-scenes documentary also commissioned, the corporation has announced.

Event organisers apologised after having to make the stream free after a nearly two-hour delay saw some ticketholders unable to access the stream due to technical issues.

The BBC said a director’s cut of the stream will be aired on BBC television in the upcoming weeks, as well as a chance to see highlights from the livestream across the corporation’s radio, TV and online platforms as part of The Glastonbury Experience 2021, which is the BBC’s annual celebration of the music festival.

BBC Radio 2 presenter Jo Whiley will host a 60-minute, behind-the-scenes documentary on BBC Two, which will air during The Glastonbury Experience 2021 on the BBC.

Whiley said: “It was fantastic to return to Glastonbury to catch up with old friends whilst watching some incredible live music – at last! I’m looking forward to showing viewers exactly what went on behind the scenes of Live At Worthy Farm.”

Glastonbury organiser Emily Eavis said: “Since the BBC first broadcast footage from Worthy Farm in 1997, Glastonbury and the BBC have enjoyed a brilliant relationship, so I’m thrilled that they’ll be showing highlights of our Live At Worthy Farm special.” 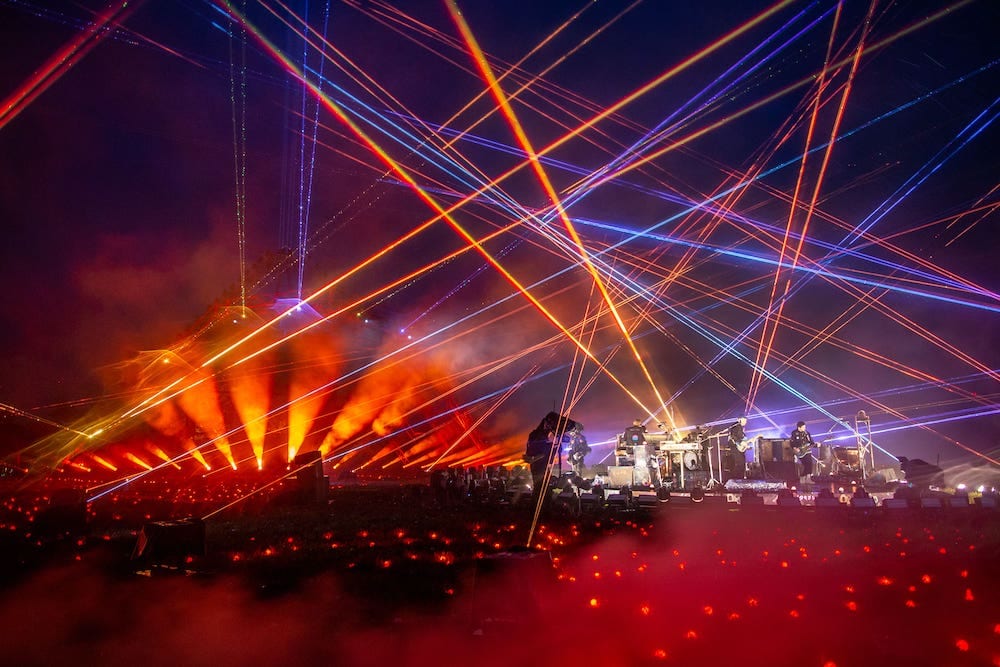 On Sunday night Eavis thanked fans for their support amid the technical issues of the livestream, adding: “We were gutted about the technical issues that some of you experienced last night, but as ever the Glastonbury community has showed us such solidarity and love, and we are overwhelmed by your generosity, patience, kindness and appreciation of this incredible film, which was so wonderfully put together by Paul Dugdale.

“It’s a work of art and will live on as part of our rich history. We hope you enjoy the final stream of the film at 7pm and we look forward to welcoming you back into these fields next year with open arms.”

“Glastonbury is one of the jewels in our live music calendar, so many thanks go to Emily and Nick for allowing us to broadcast highlights from Live At Worthy Farm.”

Live at Worthy Farm producers Driift Live said on Sunday that the technical issues with the livestream had been “unacceptable”.

In a statement, they said it had the “heaviest of hearts” and was “mortified” that people were “locked out” of the feed and unable to use their access codes.

A statement said: “For last night’s failings, we would like to apologise to Glastonbury Festival, to all the amazing artists who gave their time to perform and to all the backstage crew and partners who worked so hard with us over many months to make this historic show a reality.

“Most importantly, we apologise unreservedly to all of you who had your plans upset. We would also like to make clear that Driift is making no financial gain from this livestream event and we hoped it would generate much-needed revenue for the festival and its charity partners.”

Directed by Paul Dugdale, the pre-recorded livestream for which people had paid £20 a ticket also featured performances from Haim and Kano, as well as Damon Albarn.

Radiohead’s Thom Yorke and Jonny Greenwood debuted music from their new project, The Smile, which also includes drummer Tom Skinner (who plays in Sons Of Kemet), as well as Radiohead producer Nigel Godrich.

The Smile is named after the Ted Hughes poem of the same name.

Saturday night’s show supported Oxfam, Greenpeace and WaterAid, the festival’s three main charity partners, after the full festival was cancelled for a second consecutive year due to the coronavirus pandemic.