Government goes ahead with eased Covid restrictions for Christmas - The Guide Liverpool
Contact Us Advertise with The Guide Our Video Services Follow us:

Government goes ahead with eased Covid restrictions for Christmas

The Government has announced it will be pressing on with the eased covid restrictions over Christmas.

Communities Secretary Robert Jenrick said that it would be up to people to make a “personal judgment” whether they wanted to meet up with vulnerable family members over the holiday period.

He suggested that some people may decide to “keep it small” and put off larger gatherings until the spring, saying: “Easter can be the new Christmas.”

Cabinet Office minister Michael Gove is resuming talks over the plans for up to three households to mix between December 23 and 27 with leaders of the devolved administrations.

A UK Government source has acknowledged the four UK nations may take differing approaches, but insisted there would be no change in the law in England.

MORE - What are the current coronavirus rules about Christmas in the UK?

It comes after two leading medical journals warned an easing of restrictions would “cost many lives”, while the British Medical Association (BMA) echoed Labour leader Sir Keir Starmer in demanding an urgent rethink. 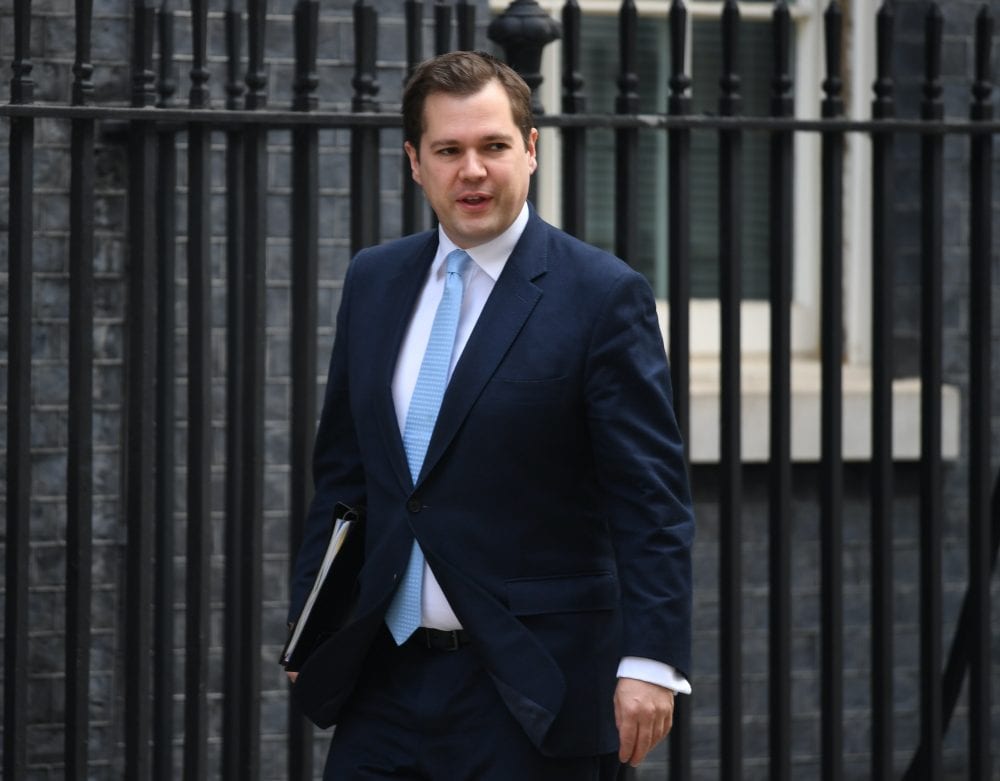 Mr Jenrick said that people would need to think carefully if they wanted to risk large family gatherings, pointing to the example of the United States where there had been a rise in cases following the Thanksgiving holiday.

“We all need to use our own personal judgment thinking about our own families whether we have particularly elderly or clinically vulnerable relatives who might be round the Christmas table and also looking at the fact that the rates of the virus are rising in many parts of the country,” he told Sky News.

“Our position is clear that the legal framework will continue but because the infection is rising in many parts of the country, because we can see these international examples like Thanksgiving, it is incumbent on each every family across the country this morning and in the days ahead to have that conversation round the breakfast table, ‘Is this right for our family?’

“This is a virus that thrives on social interaction so bringing more people together, even over this short period of time, is not cost-free. It will have consequences in terms of increasing the rate. It will rise.”

Linda Bauld, professor of public health at the University of Edinburgh, said the easing was a “bad idea” and that people needed to be “incredibly cautious”.

“I think, to avoid the preventable deaths that we’re going to have in January as a result of this, we shouldn’t be doing it, but if we do do it then I think we need to do it in the most modest way possible,” she told BBC Breakfast.

Professor Graham Medley, a member of the Government’s Scientific Advisory Group for Emergencies (Sage), said the impact of the relaxation was “really uncertain”.

“There are two things happening over the period: one is that most workplaces and schools are closed, so that will result in reduced contact,” he told the BBC Radio 4 Today programme.

“On the other hand, if we all mix together and have a normal Christmas then we know that in a normal year most respiratory diseases and hospital admissions increase after Christmas anyway in a non-Covid year, so there’s clearly a risk, but it really very much depends on what people do.

“It’s very hard to predict and say ‘oh yes, this is going to be a disaster’ or ‘nothing is going to happen’ because it really does depend on what people decide do.” 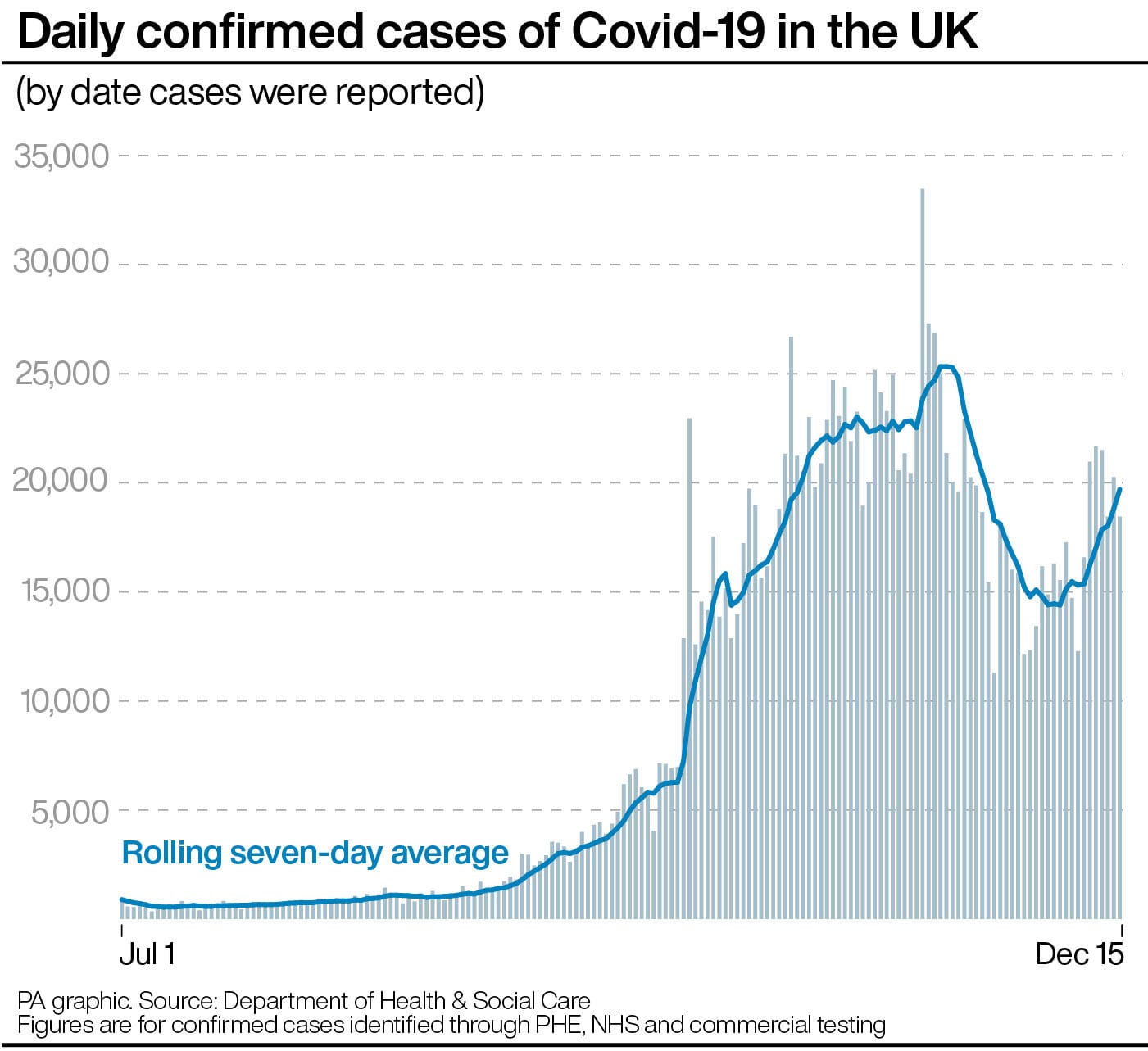 The talks with the four nations resume as nearly 10.8 million more people begin living under the toughest restrictions as London and parts of Essex and Hertfordshire move into Tier 3

With 61% of England’s population now living under the strictest measures, ministers were due to formally review which tiers are appropriate for each area.

After the first round of talks on Tuesday, a UK Government source said that while there were no plans to change the regulations in England, they were “keen to maintain a UK-wide approach”.

Scotland’s First Minister Nicola Sturgeon, however, argued that there was a case for reducing the planned freedoms to combat a rise in infections and indicated she could break with the four-nation approach.

In Wales, First Minister Mark Drakeford told the Senedd “the choice is a grim one” but said the current plans were a “hard-won agreement” and that he would not put them aside “lightly”.

On Tuesday, the British Medical Journal and Health Service Journal published a rare joint editorial warning that the easing was “another major error that will cost many lives”.

Merseyside comes together for the Big Christmas Doorstep Sing

The BMA backed the warning, saying the combination of a third wave in the new year and the typical winter pressures were a “recipe for catastrophe”.

“Now is the time to for everyone to continue to follow the rules and guidance until the vaccine can be rolled out to protect many more of us and allow us to mix freely once more.”

A snap YouGov survey of 3,856 adults found 57% believed the plans should be dropped and the current rules remain in place during the festive period.

Some 31% said the easing should go ahead as planned, while 12% said they were unsure.