When they saw the ‘pathetic school meals’ packages going out weeks ago, Ciaran Morris and his friends realised they could either criticise and complain about the situation …

Or they could do something about it!

They chose the latter option and now they’ve set up The Community Co-op, based in one of Liverpool’s most popular entertainment venues, Grand Central Hall.

And not only did it finally get underway last weekend – they are now giving vital support to 16 families in need.

“We have just packaged and sent out food packages that will tide those families over for the whole of half term,” says Co-op founder Ciaran Morris. “And although we’re helping 16 families now, that’s steadily growing, and we hope to help even more families out in the future.”

Ciaran, 25, from Childwall, is a scientist working in the labs for Quay Pharmaceuticals in Deeside.

While his job has continued throughout the crisis, friends of his – like some working for Grand Central’s sister venue, The Liffey – have been furloughed.

Ciaran says: “I have been fortunate but some of my friends have been furloughed and have struggled through lockdown. When we saw the school meals parcels we thought we could either complain about the bad job the government was doing, or we could take things into our own hands and help the situation ourselves. 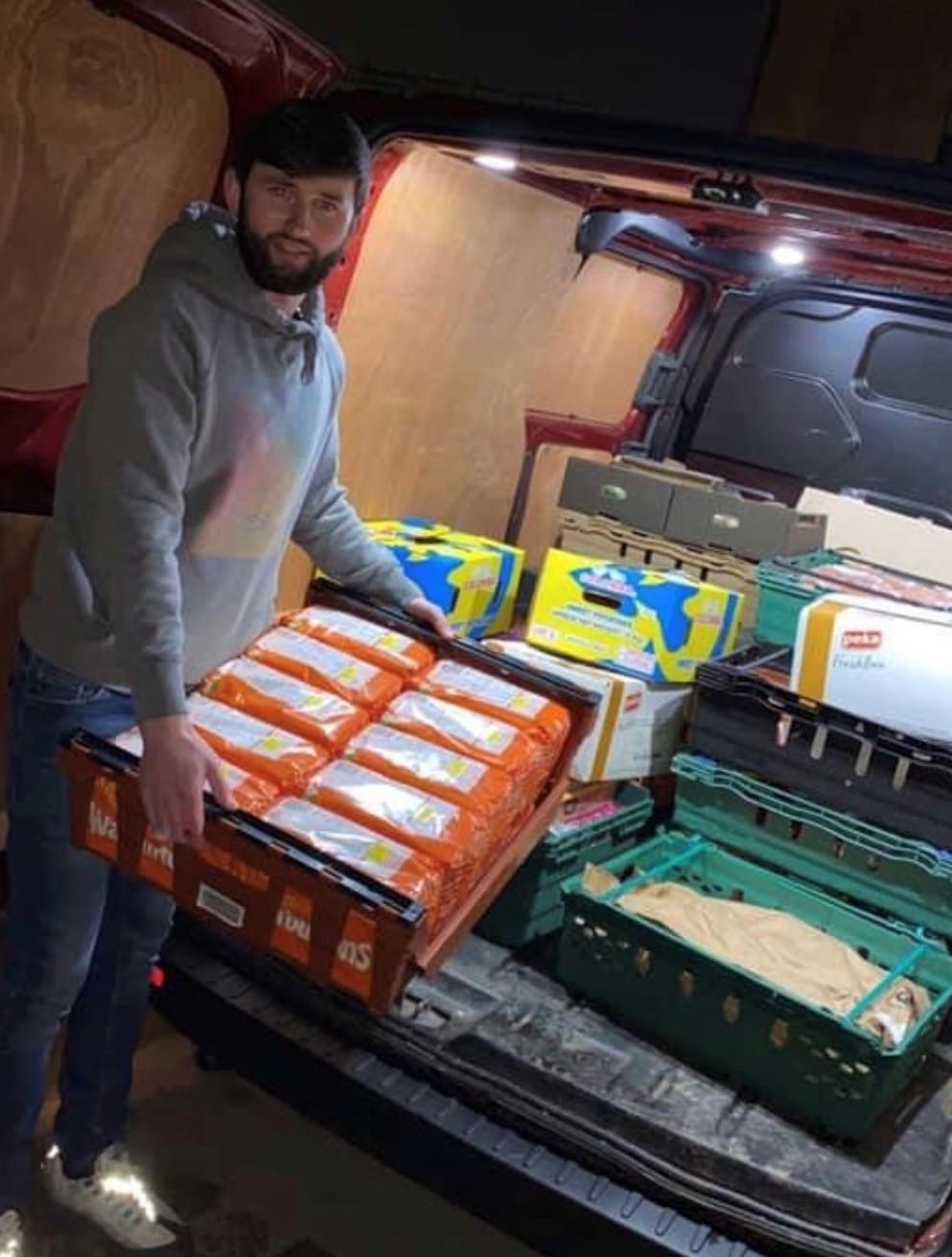 “It meant that we could give support to those who needed it and put something back into the community and, for those not working at the moment, it would give them something positive to do with their time.”

The group of six friends set up the Co-op and became trustees. They took out membership of the charity FareShare with donations – it cost them £780 for a year and the city council has matched that so they could get a year’s membership – and for that they get 80kg of food each week to add to  what has already been donated.

“FareShare gets overspill food from supermarkets that would otherwise go to waste, last week it was brioche buns, this week it was sweet potatoes and other stuff. We add that to what else we have – cereals, tinned food, bread, dairy and other groceries – to create the packages.

“There is a lot of fresh produce in what we give out so they are nutritionally good too.”

He goes on: “To find the families, we contacted schools in less well off areas of the city to ask if they knew of anyone who was struggling and would appreciate a bit of help, and the heads told us about those they knew, how many children there were, etc., so we could put together the packages accordingly.”

The parcels are packaged and delivered to schools, and then collected by parents when they pick up their children.

“We know it will grow steadily and we want to help as many families as we can, without promising anything we can’t deliver,” adds Ciaran. “But we are happy to provide help for as long as it is needed, to as many people who need it. 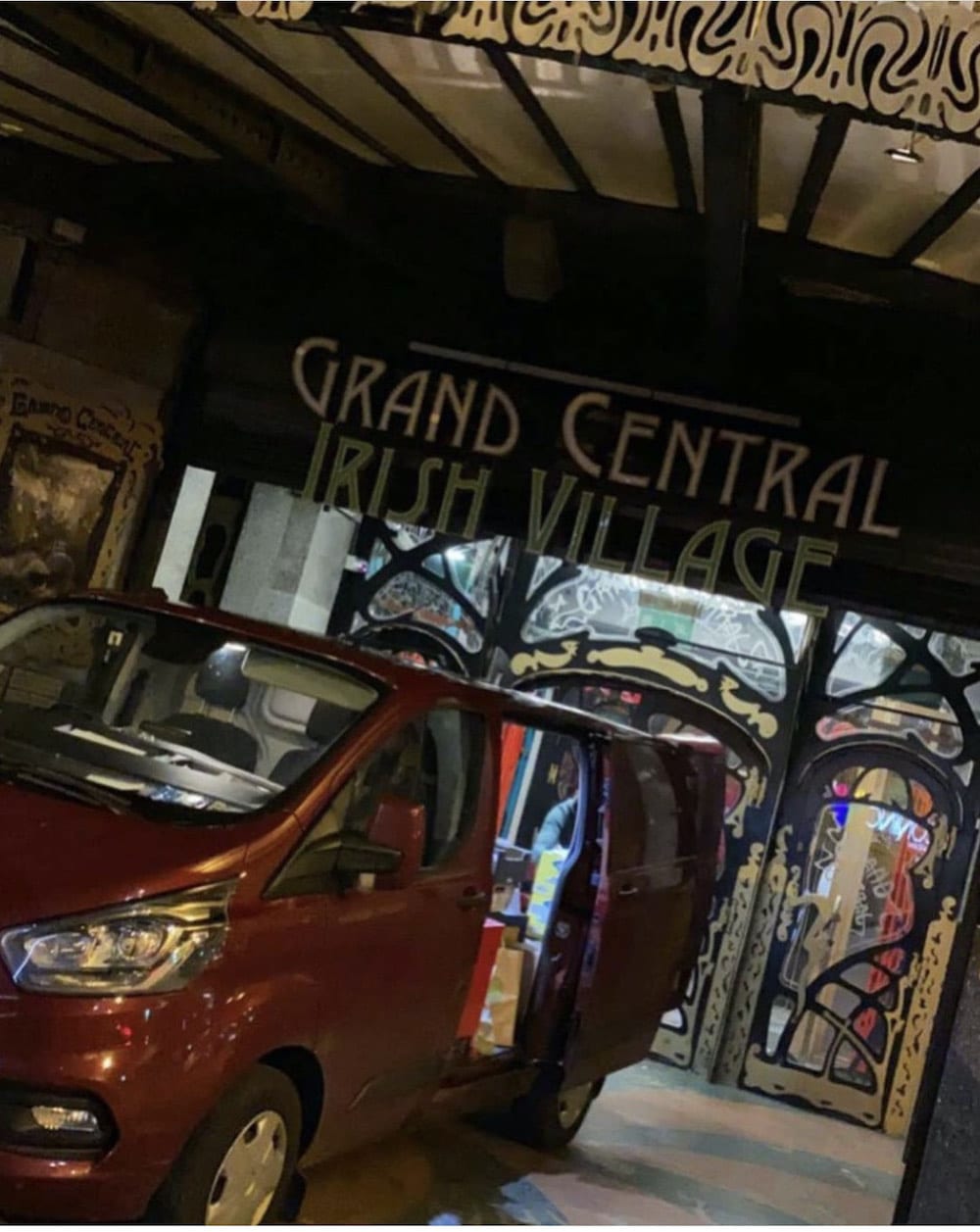 “Families who aren’t getting help at the moment, but need it, could let their head teacher know and we would ask them to get in touch with us at [email protected].”

The response so far has been ‘incredible’.

Ciaran says: “The feedback already has been unbelievable and we’ve had lovely emails from people who’ve said they’re so grateful, and how wonderful the packages are. That’s why we are doing it – and it’s really good to know you’re doing something worthwhile and that’s making such a difference to people.

“It’s the way we can all get through this lockdown; to pull together, be there for one another and help each other through.”