Great British Bake-Off's Lizzie Acker teams up with series mate for a Liverpool charity bake sale - The Guide Liverpool
Contact Us Advertise with The Guide Our Video Services Follow us:

Scouse Great British Bake Off contestant Lizzie Acker is teaming up with fellow baker Freya Cox for a charity bake sale in Liverpool this weekend.

The pair, who met last summer in the famous Bake Off tent, have become close mates since the show ended.

They’ve gone on road trips across the country and won a whole new fanbase, posting videos of weekly challenges on Tik Tok and Instagram where they’ve had a go at everything from disco roller skating to rowing.

Now the pair are planning to get back to what they love most to raise money for Dog’s Trust Merseyside. 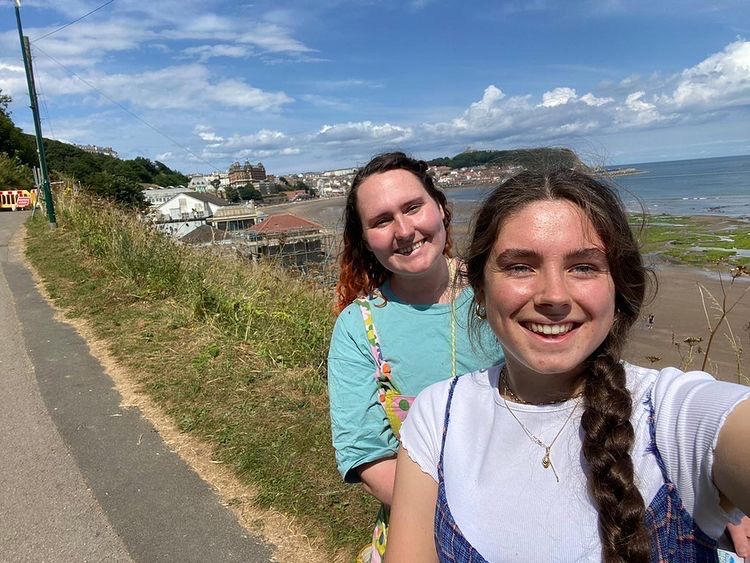 They’re getting together with friends at One Percent Forest coffee shop in Woolton Village to sell some of their favourite bakes and chat to fans of the show who followed them on the C4 series.

Dean Caffery, who co-owns One Percent Forest on Allerton Road with his partner Hannah Sharp, says they came up with the idea because they’re all keen supporters of animal charities.

“Lizzie’s a customer and a close friend, we got to know Liz through her sister who used to work with us, and we knew her and Freya have been wanting to do something like this,” he explains.

“They’ve genuinely become really good friends, and they’ve been going up and down the country doing these mad events and challenges so they’ve got quite a big social following now.

“Lizzie’s got her dog Prudence, who has her own Instagram account, and the first event they did outside of Bake Off was at the People’s Pet Awards. We’re both supporters of Dog’s Trust and we’re a dog-friendly café so we’ve got a shared love for dogs.

“The bake sale just seemed like a good excuse for us to do nice things to support nice people.”

With Freya being from Scarborough and Lizzie from south Liverpool, the two women have had to cover some miles to keep their friendship going. 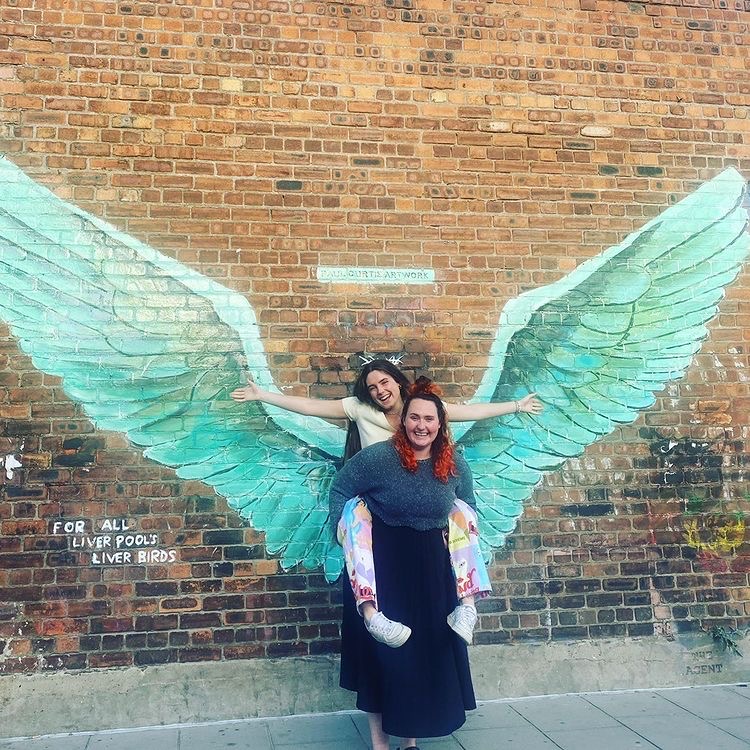 But they’ve managed to meet up in the middle and they’re loving what they do together.

Dean says the pair are looking forward to Saturday’s event, and will be baking flat-out to make sure they don’t run short on the day.

“I know they’ll probably be baking from the early hours of Saturday morning because there’s just the two of them doing it, and I’ve warned them that it could snowball so we’re going to need plenty of cakes to keep us stocked.

“Freya’s in Switzerland at the moment, she doesn’t get back until late on Friday, but I’m sure they can deliver and I reckon when Lizzie’s there on Saturday she’ll definitely have been up all night.

“She’ll be wired, but that’s Lizzie anyway, she’s got that kind of chaotic energy, and the few weeks on Bake Off was quite intense so they’re used to baking under a bit of pressure.

“We open at 10am so we’ll start the bake sale then, with Liz and Freya both there, and we’ll keep going until we sell out. They’ll be there chatting to people and we’ll take care of the physical sales so they’ve got time to do a meet and greet which is only fair because they’ll have done their hard work with the baking.”

The Dog’s Trust bake sale is just One Percent Forest’s latest fundraiser – it’s previously supported the Australian bushfire appeal, as well as other local charities, and one of its main sponsors is a company called One Tree Planted which means the business makes a donation towards trees planted for every coffee sold in a reusable cup. 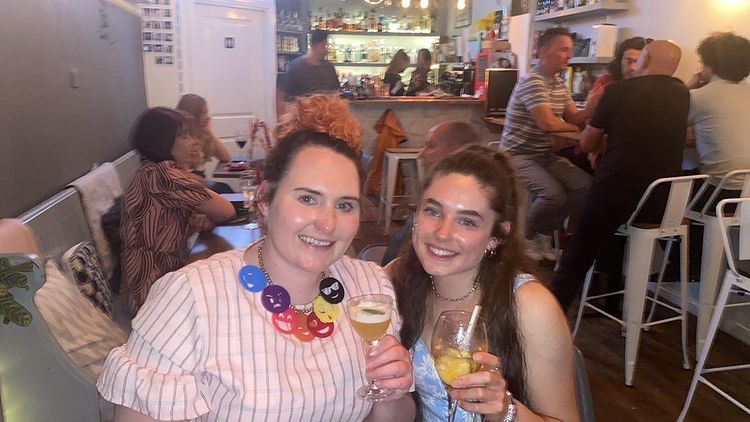 As a cocktail bar as well as a coffee shop, Dean says they’ll have plenty of other options alongside the two friends’ cakes.

“We’ll actually have cocktails on from 10am if people fancy one, depending on the night before, and there’ll be light bites, breakfasts and loads of bakes including vegan ones which Freya is doing. They’re even planning on making dog biscuits so everyone’s covered.”