Watch: Great news as Chester Zoo welcomes a rare baby rhino - The Guide Liverpool
Contact Us Advertise with The Guide Our Video Services Follow us:

There’s great news from Chester Zoo this weekend, there’s a new addition as the team celebratethe birth of a rare baby rhino.

The birth was caught on the zoo’s CCTV cameras and shows the little one up on her feet and suckling from mum just 10 minutes later.

Now, the zoo has launched a poll on its Facebook page, inviting the public to help name the precious new arrival. Keepers have shortlisted the names Kasulu (a town in Tanzania), Koshi (meaning ‘to try’) and Kaari (meaning ‘young girl/young daughter’) for voters to choose from. 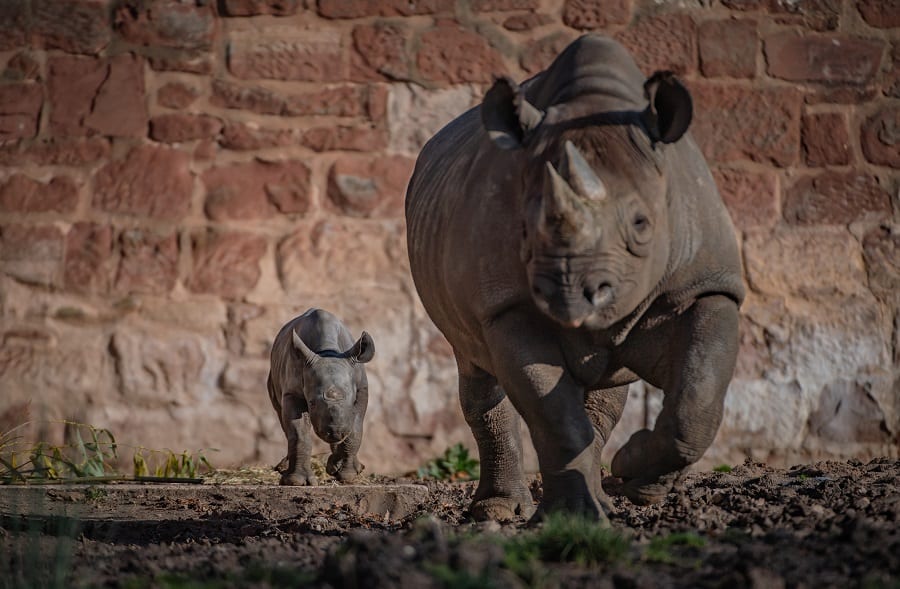 Conservationists at the zoo say the arrival of the calf – an eastern black rhino – will be ‘celebrated globally’ as fewer than 1000 now remain on the planet.

The population of eastern black rhinos in zoos across Europe is vital to the long-term future of the species, with several rhinos born as a result of the carefully coordinated breeding programme between European zoos having been introduced to Africa to boost wild populations.

Most recently, in June 2019, experts at Chester Zoo spearheaded the transportation of a group of eastern black rhinos from Europe to Akagera National Park, Rwanda.

MORE - 12 films that will instantly make you feel happy

Andrew McKenzie, Team Manager of rhinos at the zoo, said:

“The birth of a critically endangered eastern black rhino is always very special. And to be able to watch on camera as a calf is born is an incredible privilege – with rhino numbers so, so low it, sadly, isn’t something that’s captured very often. Seeing the little one then get to her feet with a gentle nudge from mum; take her first tentative steps and suckle for the first time is then the icing on the cake. It really is heart-warming stuff. 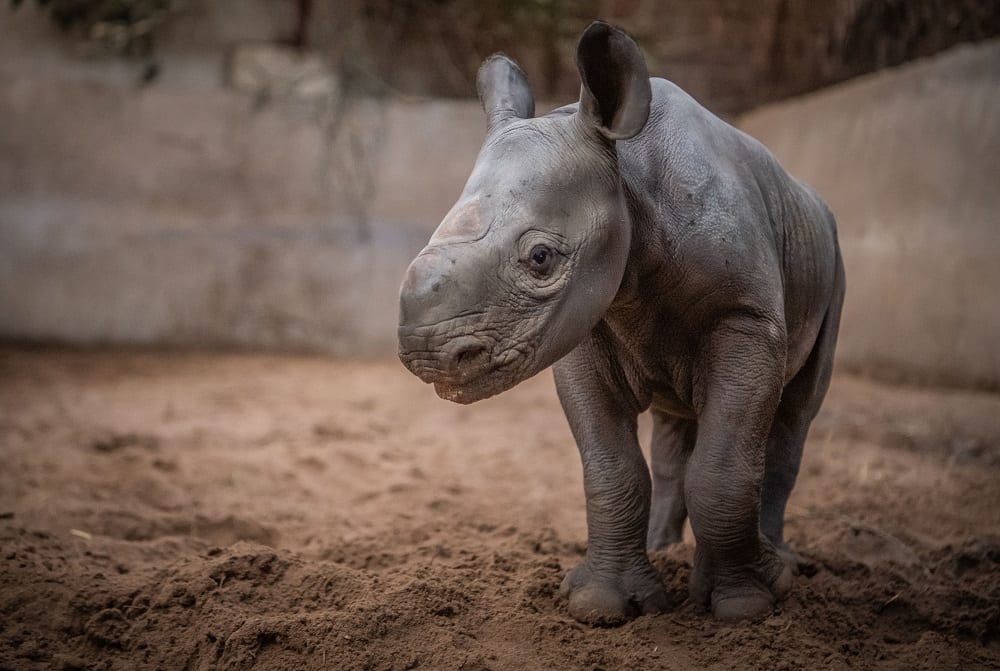 “The whole team here is overjoyed. Mum and calf have bonded wonderfully and have been showing us all of the right signs. These rhinos have been pushed to the very edge of existence and every single addition to the European endangered species breeding programme is celebrated globally. It’s sadly no exaggeration to say that it’s entirely possible that we could lose them forever within our lifetime and the world’s most progressive zoos are very much part of the fight to prevent their extinction.”

The eastern black rhino is listed by the International Union for the Conservation of Nature (IUCN) as critically endangered. In the wild, they are now found only in Kenya, Tanzania and Rwanda.

Experts say the multibillion pound illegal wildlife trade is driving the species towards extinction – the surge in demand of rhino horn stemming from the Asian medicine market.

But what shall we NAME the new calf? ?Have your say! ?

Reply or RT to cast your vote NOW ? pic.twitter.com/Od2LuKb0i3

“In the short term, Ema Elsa and her new baby will help to highlight the perilous position that this species is in and we hope they encourage more people to join the fight to prevent the extinction of these gentle giants. In the future, as we work to ensure more safe areas, we hope Ema and her offspring, like others before them born into the European breeding programme, are one day able to make the journey back to Africa.”

Conservation scientists at Chester Zoo, working out of the UK’s only zoo-based animal endocrine lab, have developed a technique to track black rhino oestrus cycles via hormone analysis of their dung – helping keepers to decide when best to introduce females to a mate to help optimise chances of a successful mating outcome, and subsequently confirm and track a pregnancy. This method is now being used in Kenya where rangers and vets, using a field lab set up with the help of experts from Chester, are deploying the technique to monitor wild rhino populations.

In addition to rhino breeding, Chester Zoo has, for many years, also supported conservation efforts to protect eastern black rhinos in Africa and continues to fund and provide expertise to numerous sanctuaries, partners and wildlife reserves and to train anti-poaching rangers.