Take a look at the century-old food menu recently found in the walls at LEAF Bold Street - The Guide Liverpool
Contact Us Advertise with The Guide Our Video Services Follow us:

An incredibly historic discovery has been made in Liverpool – and entirely by chance – which is over a century old.

More than 100 years ago, Liverpool’s Bold Street was the equivalent to London’s Bond Street – the city’s opulent and thriving centre along which resided car show rooms, extravagant retail and some of the region’s finest eateries.

One restaurant, The Yamen Café, operated from the same location as LEAF during this time. The café was one of the region’s leading food and drink destinations, with uncanny parallels to LEAF in the present day, including a focus on teas, events, concerts, lectures and more. 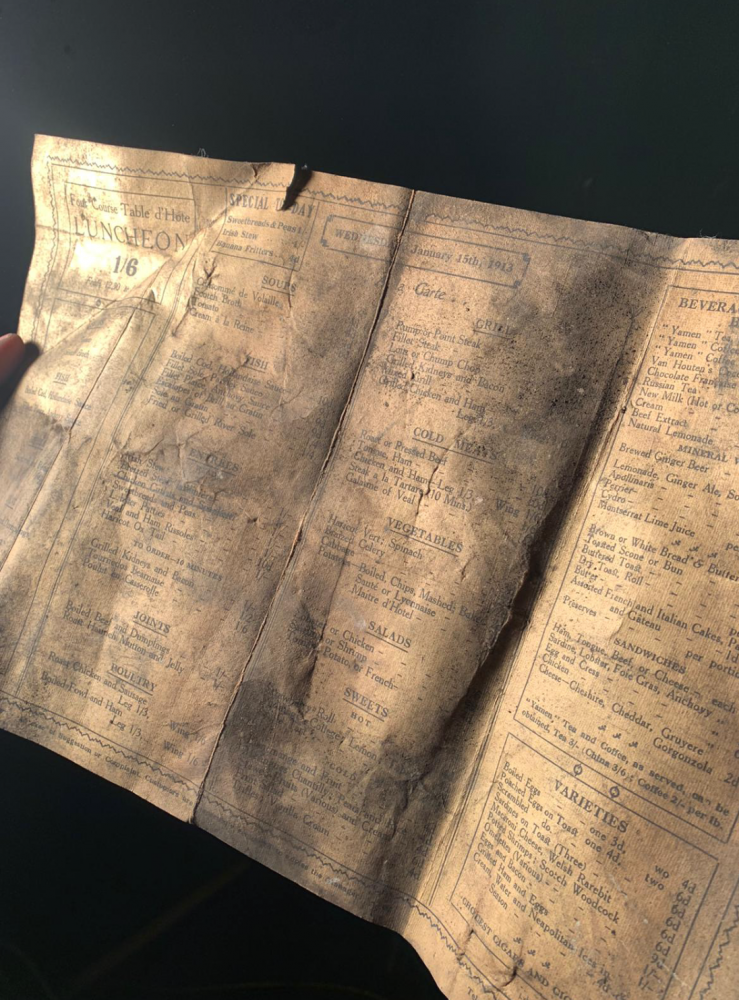 As a thriving port, Liverpool fully embraced its maritime heritage and this was reflected in its cuisine, too; decadent French bistro dishes and magnificent menus from around the world, capturing the magic of a bygone and mostly lost era. That is, until now.

LEAF are renovating the mezzanine space of their grand venue on Bold Street ahead of welcoming customers back inside from May 17th. With a team from Clan Contracting peeling back old walls and roofing, a delicate piece of paper came fluttering from the rafters. An eagle-eyed workman, Max Kearns, saw the date – Wednesday January 15th, 1913 – and salvaged a piece of history; a menu from The Yamen Café, in incredible condition, along with a trove of other artefacts including a Yamen staff hat, Whist book and playing cards with table numbers.

But it is the menu which has really captured the imagination of Natalie Haywood, LEAF’s co-founder, featuring dishes including Tournedos Bearnaise, Consommé de Volaille and Meringues Chantilly with pears.

“It’s really blown our minds,” Natalie says, “that this has been in our building all along, for over a century. And to see what they were doing then, how forward-thinking and creative as a restaurant, is so inspiring – especially as Liverpool is such a hospitality city. When I saw it I was staggered, it’s like a time capsule hidden in the walls. We are so thankful to Max who found it whilst working as part of our expansion.

We knew our site used to be a restaurant a long time ago, but we had no idea what they were cooking and how advanced it all was. We have always known this is a historic building but having the menu in our hands has made it all feel real, something dating back to before the 1st World War. Everyone is so excited, we can’t believe it and it is already inspiring us with new ideas. And also how similar what we do now is to what they were doing all that time ago.” 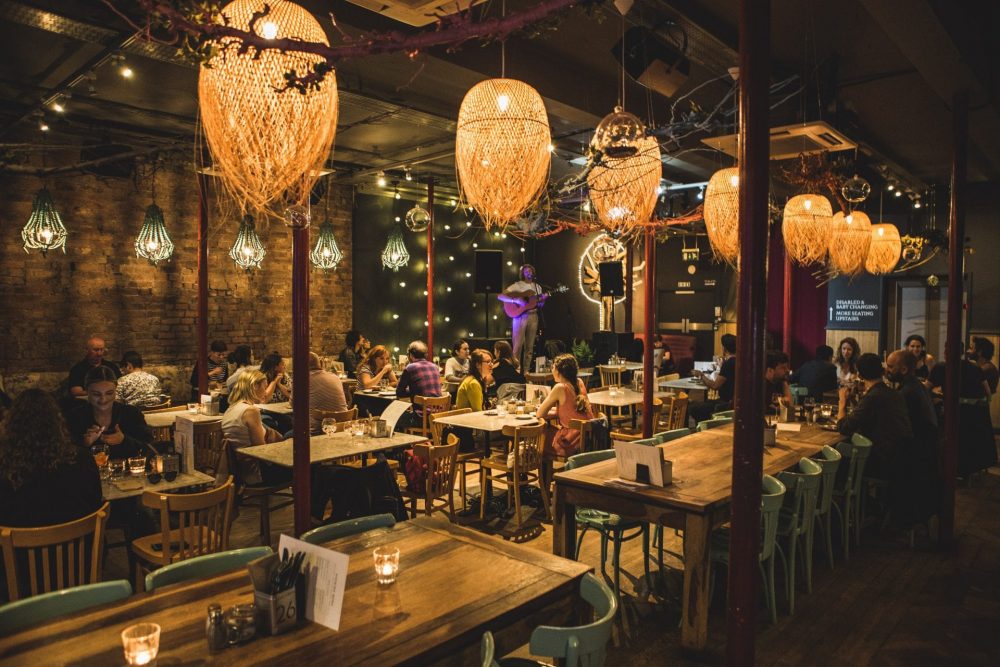 The LEAF team will recreate select dishes from the historic menu on soon to be announced dates, with an opportunity for Liverpool to experience what its food and drink scene was like over 100 years ago. And a small selection of dishes will also be made permanent additions to LEAF Bold Street’s menus, in honour of this magnificent discovery, which has all happened by chance.