The three-year-old big cat – a Sumatran tiger – has travelled to the zoo from Fota Wildlife Park in Ireland on an important mission to help to protect his species from extinction.

Dash has been identified as a genetically compatible mate for the zoo’s resident female, Kasarna, who was born at Chester in 2015. 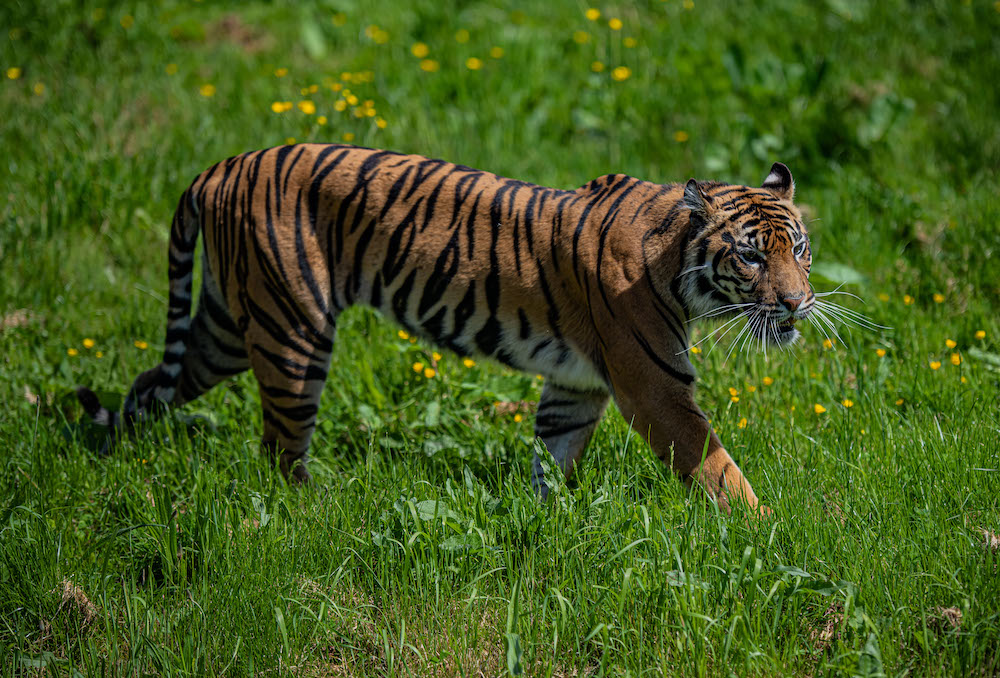 Carnivore experts at the zoo hope that the pair will hit it off and together go on to play a part in a vital conservation breeding programme, which is battling to help save the highly threatened species.

“Dash is a handsome, confident young tiger and he’s quickly settled into his new surroundings. He’s been carefully matched with female tiger Kasarna, based on his age, character and his genetics, and we’re hopeful that they’ll soon strike up a close bond and, one day, go on to have cubs. 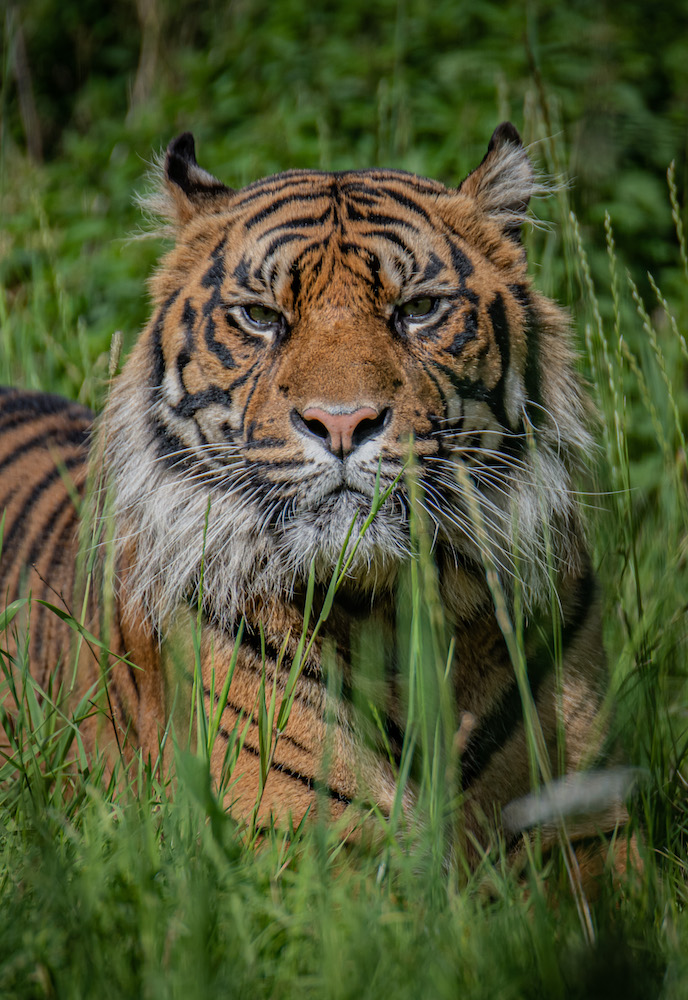 “Sumatran tigers are exceptionally rare and, sadly, their wild population continues to feel enormous pressure from mass-scale habitat loss, poaching and human-tiger conflict. Their prospect of survival is hanging by a thread and the endangered species breeding programme, run by Europe’s leading conservation zoos, is a vitally important part of the international effort to ensure these magnificent animals are here for generations to come. Every single cub could be critical to its future.

“Without conservation efforts like these, the future for the Sumatran tiger may soon look similar to that of Javan, Caspian and Balinese tigers, which heartbreakingly are all now extinct. We have it in our power not to let that happen and we’re going to do everything we can to ensure it doesn’t.” 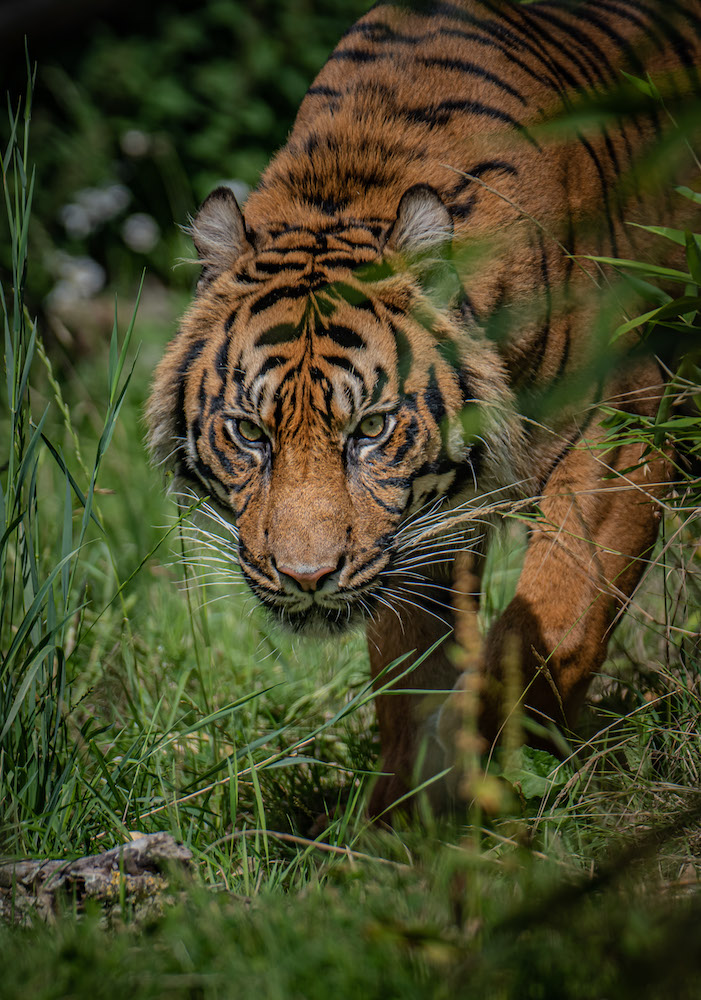 The Sumatran tiger is listed as critically endangered by the Internal Union for the Conservation of Nature (IUCN) with just 400 estimated to remain. In the wild it’s found only on the island of Sumatra in Indonesia where as little as 7% of its original habitat now remains.

In addition to its efforts to preserve Sumatran tigers through its conservation breeding work in Chester, the charity zoo is also fighting to control illegal poaching and mitigate human-tiger conflict in India and Nepal to improve the outlook for the Bengal tiger. 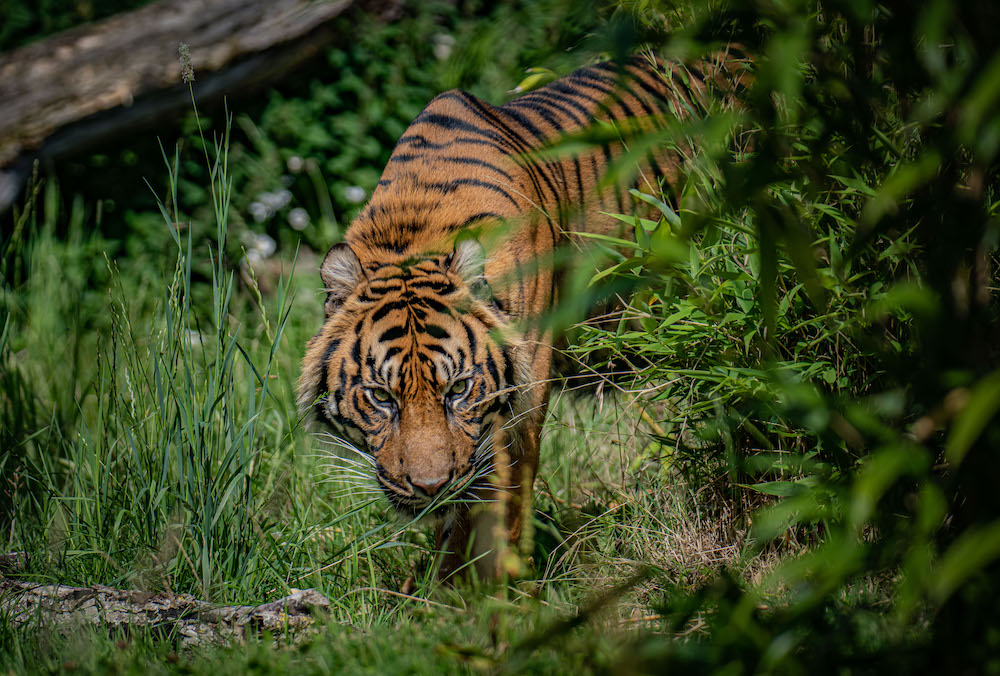 Find out more on the Chester Zoo website here.