Here's how Liverpool will celebrate Armed Forces Day 2021 - The Guide Liverpool
Contact Us Advertise with The Guide Our Video Services Follow us:

Liverpool will celebrate the armed forces next week with a number of Covid-safe activities.

Each evening of the week civic buildings including Liverpool Town Hall and St George’s Hall will be lit up red, white and blue.

A private service at Our Lady and St Nicholas Parish Church will take place on Saturday, 26 June which will be attended by the Lord Mayor of Liverpool, Cllr Mary Rasmussen, and Deputy Mayor Councillor Jane Corbett as well as a limited number of guests to allow for social distancing.

The service will be live-streamed by St Nick’s on its YouTube channel and can be accessed via You Tube here.

Following the service the Duke of Lancaster’s Regiment will perform in the church gardens.

In December, it was announced that the Army would receive Liverpool’s highest honour – the Freedom of the City. This acknowledges the support the Army gave to the city when it established the country’s first SMART-testing programme.

Around 2,000 troops facilitated 200,000 tests at almost 50 testing centres last November, with around a third of Liverpool’s population getting tested.

An official ceremony to award the Freedom scroll will take place when Covid restrictions have eased.

“Armed Forces Day has become an important date in Liverpool’s calendar over the last few years. Although we are not quite back to normal yet, this year the date provides us with the opportunity to recognise their contribution to the city and thank them for everything they do. 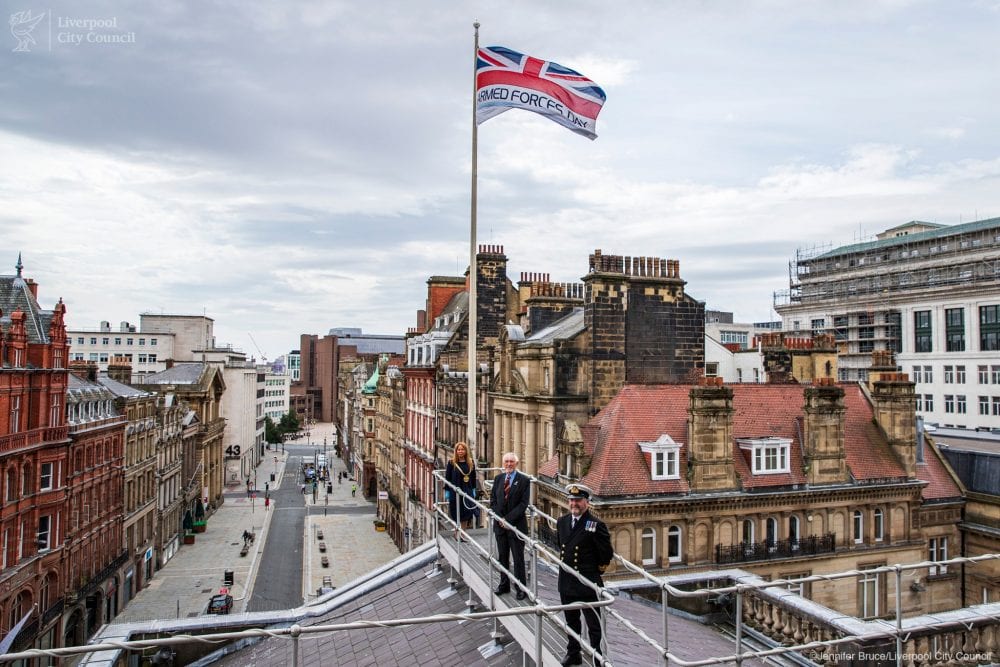 “We thank the Army personnel for their professionalism, commitment and good humour during their time in Liverpool last year during the pandmeinc. This was a difficult time for the city and there is no doubt our friends in the Armed Forces helped the whole Liverpool City Region move from Tier 3 to Tier 2 in December, the first area in the country to do so.

“We must also remember the support of the Army, RAF and Royal Navy (regulars and reservists) to the city in the early days of the pandemic. Their planning expertise was invaluable as we moved to support some of the city’s vulnerable communities.”

“The UK’s Armed Forces have gone above and beyond to protect people across the region and nation throughout the pandemic.

“8 Engineer Brigade is incredibly proud to have supported the city of Liverpool with co-ordinating and delivering community testing in November 2020.

“Armed Forces Day is an opportunity for the public to say thank you to our dedicated military personnel, past and present.

“While current restrictions mean we may not be able to celebrate together in person, I encourage people to take some time to pay tribute to our Armed Forces community, from serving troops to Service families, veterans and cadets.”