History is made as Liverpool couple Marry on the Mintons at St George's Hall - The Guide Liverpool
Contact Us Advertise with The Guide Our Video Services Follow us: 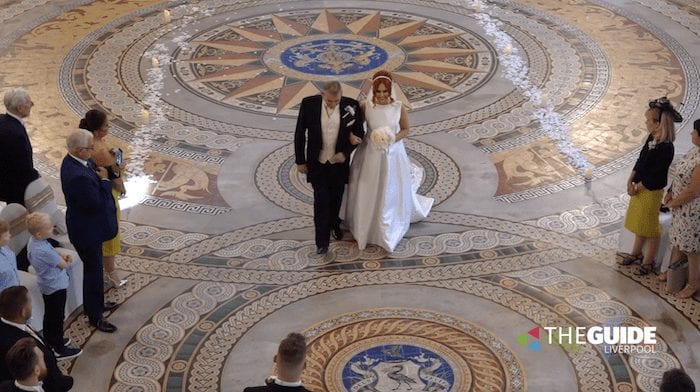 Beating competition from more than 60 Merseyside couples, Jennifer and Stephen made history by saying ‘I do’ on the Minton Tiles at St George’s Hall.

Surrounded by 50 of their closest family and friends, Woolton couple Jennifer McParland and Stephen Gough made the history books as the first ever to marry on the stunning Minton tiles.

Winners of a region wide competition which launched in May, Jennifer and Stephen won the £10,000 dream prize package after being chosen by a panel of judges that included our very own Jay Hynd and Head of City Assets at Liverpool City Council, Angie Redhead. 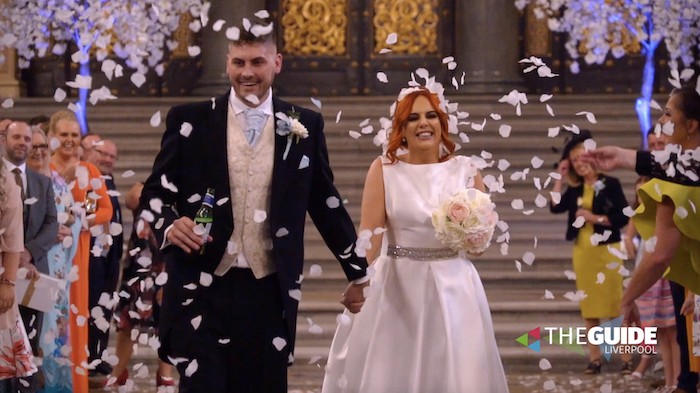 The competition and prize package were launched to mark the unveiling of the priceless Minton Tiles. The 30,000 handcrafted tiles are rarely seen and have never been graced with a wedding party.

Watch above as our cameras capture Jennifer and Stephen’s big, history-making day

The sun shone on St George’s Plateau as the events team put the last finishing touches to the hall and our beautiful bride Jennifer arrived on the cobbles. Flanked by her bridesmaids in peppermint green lace, Jennifer joined her dad and became the first ever bride to walk the full length of the Great Hall to say I do. 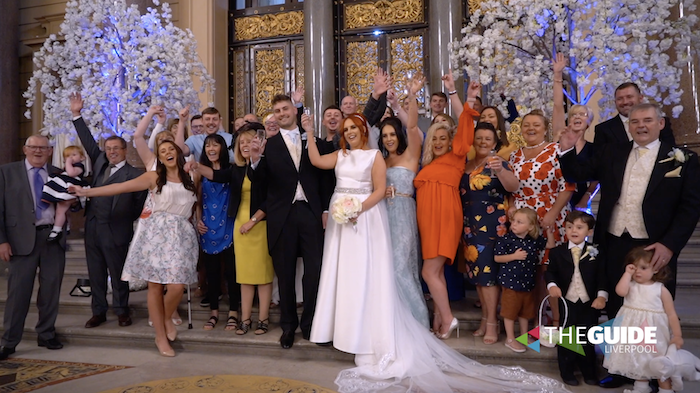 Friends and family members gasped as Jennifer glided across the historic tiles to meet Stephen and to say their vows. After a number of moving readings and emotional, personalised vows, the couple was pronounced man and wife.

Petal showers, toasts and a few glasses of bubbles followed as the wedding party, led by the bride and groom took to the Minton tiles for a whole host of unforgettable photographs. 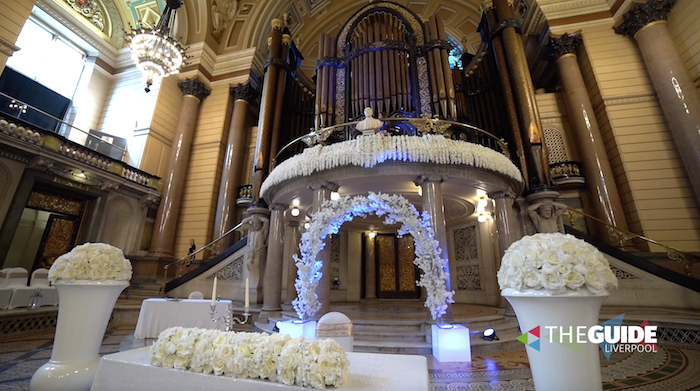 You can follow in Jennifer and Stephens footsteps. Weddings at St George’s Hall offer something for everyone. From the stunning Great Hall to the Concert Rooms and Court Rooms and beyond, large wedding parties and small intimate gatherings can be accommodated as this iconic venue lends itself perfectly to memorable occasions.

For more information about weddings at St George’s Hall, head to www.stgeorgeshalllliverpool.co.uk