How a Merseyside special effects expert gave Sean Bean his horrific injuries in BBC drama, Time - The Guide Liverpool
Contact Us Advertise with The Guide Our Video Services Follow us:

And it was Merseyside special effects expert Davy Jones who was responsible for giving Sean his horrifically battered face. 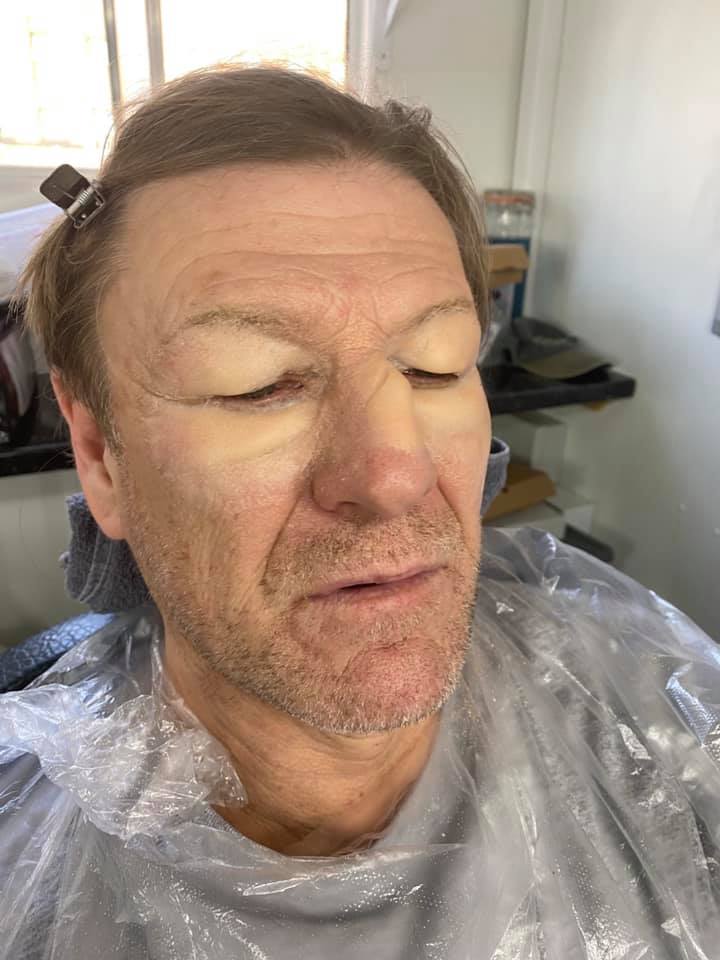 Davy, who runs Davy Jones MakeupSFX based in Birkenhead, spent 10 days on set while the drama was being shot last autumn, painstakingly creating and recreating every swelling, cut and bruise.

He worked with the director and producer to come up with an injury timeline, so every stage of the attack aftermath was accurate. 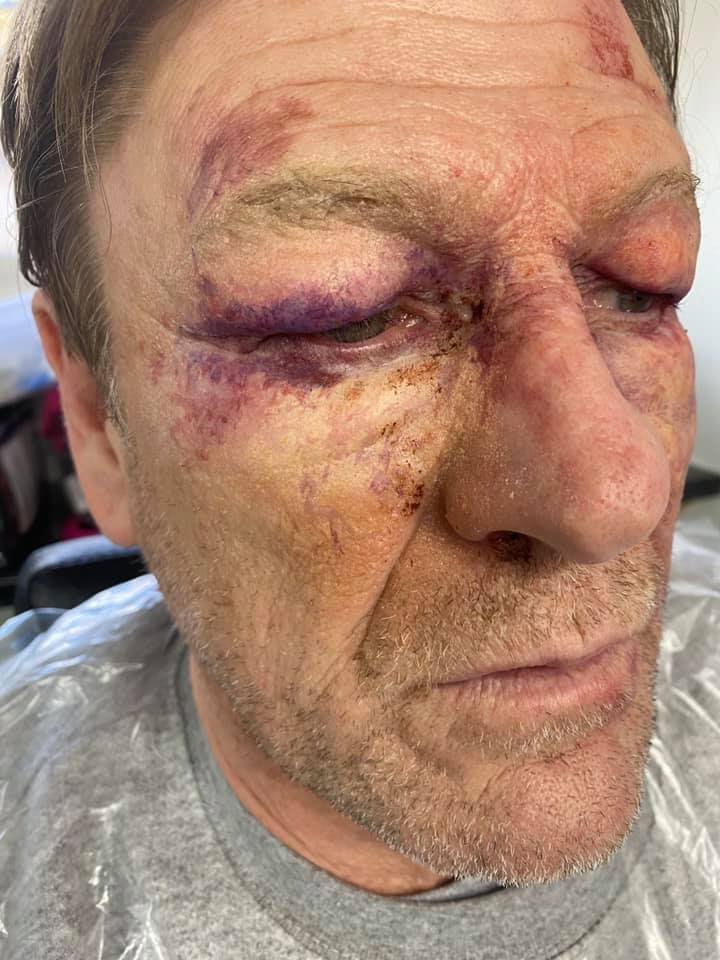 Then he and his team spent up to three hours every morning applying it before Sean wore the prosthetics for daily 10-hour shoots with gruesomely realistic results.

MORE - Why you should visit the Tate Liverpool Café this summer

Filming took place at an old prison in Shrewsbury and Davy joined make-up designer Janet Horsfield on set, all Covid masked up, to work on different looks.

“I met the director Lewis Arnold and the producer Simon Maloney, who I’ve worked with a lot before, and they gave us a guideline,” he explains. “So they basically said, ‘he needs to be beaten up here, then we see him again four hours later so it needs to be a bit more, then we see him in his cell and it’s really coming out, then we see it the next day, and that bruising lasts until here …’ 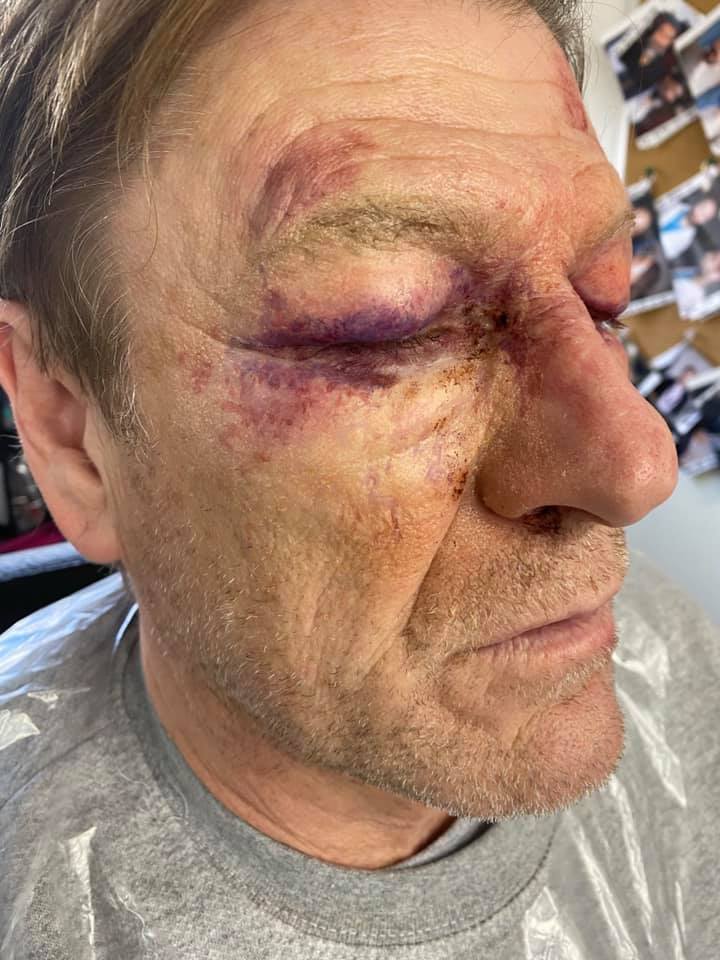 “They work out a schedule as the injuries would progress in real life and then we take it from there.”

Davy began the process by making a cast of Sean Bean’s face so that he could then sculpt everything onto that. 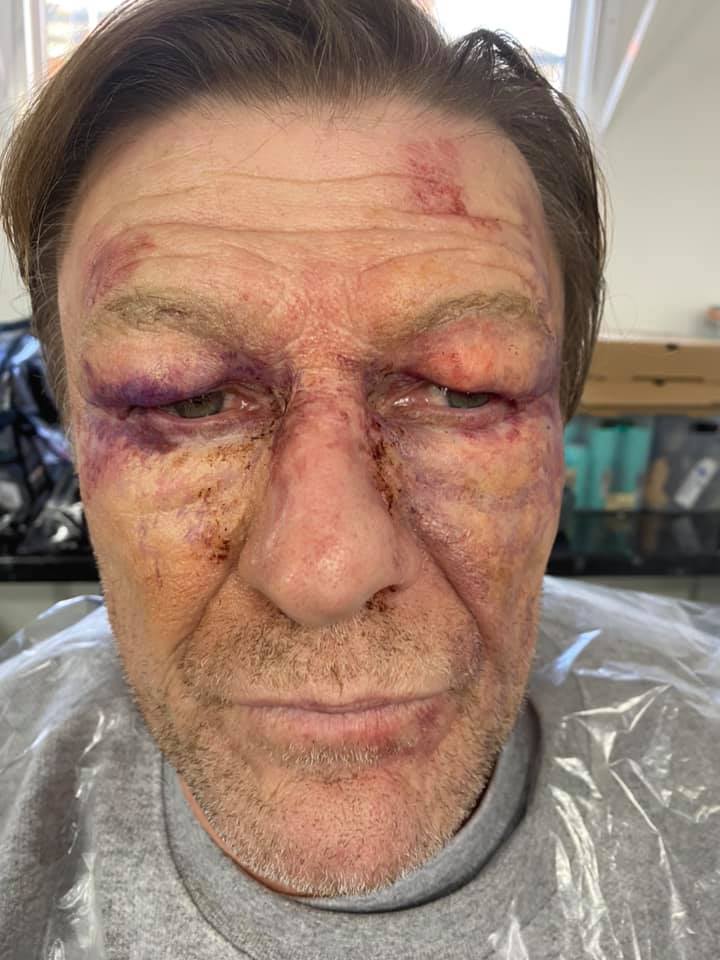 “We start with the cast of his face, and once you’ve got that you rough it out in clay and send it to the director to see if they like how it looks,” says Davy, “because sometimes smaller but with more bruising can look worse than something massive with less bruising.

“The main thing is the eyes – you want to make sure that when you’ve got the make-up on you can still see that vulnerability or that fear, so you don’t want a totally closed eye. 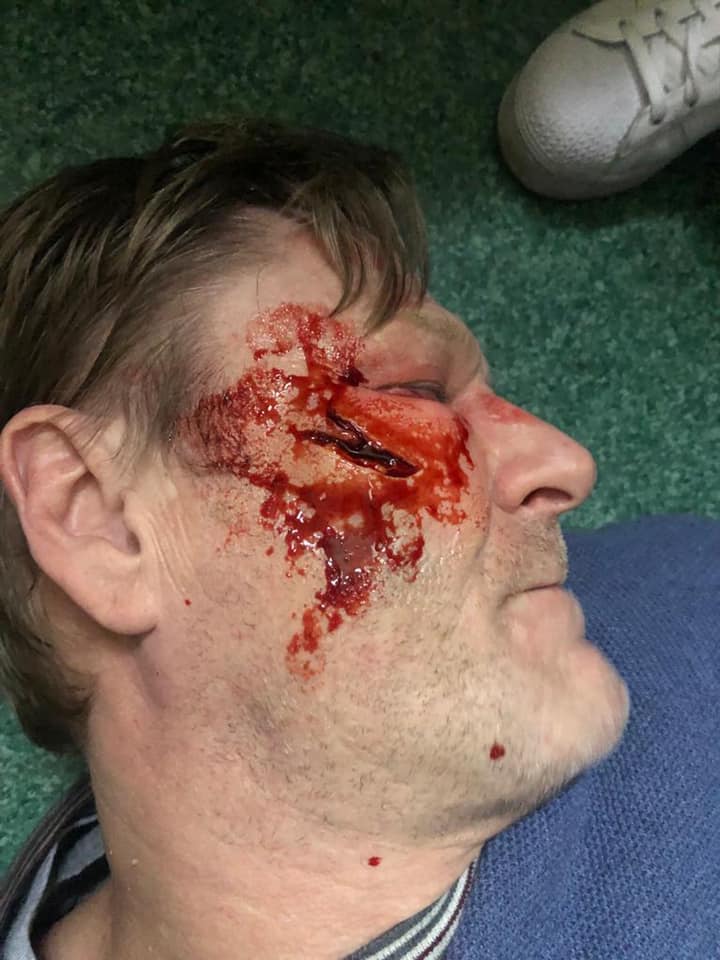 “For that reason, we sculpted and made separate swelling moulds on the cast, a top one and a bottom one, for each of Sean’s eyes which we filled with medical grade silicone. We did two stages of swelling, and I did the rest with make-up going from red and scuffed when we first see him to deeper reds and into purples.”

Sean, who plays teacher Mark Cobden, couldn’t have been easier to work with says Davy.

“He was just fantastic. Actors can make or break a job but he was kind with his time and he was genuinely interested in what we were doing. A lot of actors do get scared of prosthetics because they feel you’re taking something away but if you get it right then they absolutely love it because they become that person because of the make-up.

“It’s about making sure it’s comfortable for an actor to wear so that in the end they forget they’ve got it on. And now the products we use are so good that we can say to people ‘don’t be scared to touch your face’ so they don’t feel as restricted with it as they used to.” 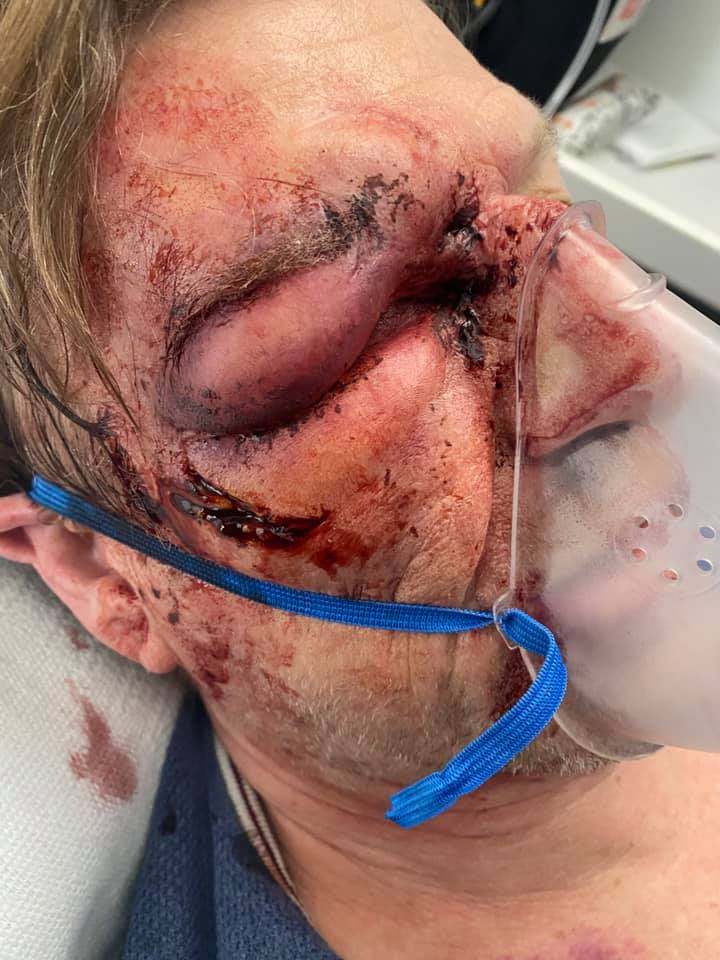 As one of the UK’s most respected make-up special effects and prop companies, Davy Jones MakeupSFX has an impressive CV of productions including Pirates of the Caribbean, Dr Who and Peaky Blinders.

Next up for Davy is The Railway Children, and Dodger for CBBC which is shooting in Manchester with Christopher Eccleston playing Fagin.

Then he’ll be packing up his silicon and jetting off to shoot another series of ITV’s popular drama The Good Karma Hospital.

“I’ve got a seven to eight-week build starting next week before I go out and do the fourth series of The Good Karma Hospital in Sri Lanka,” he says.

“They’ve only had a two-day lockdown over in Sri Lanka so we’ve had the go-ahead for filming there and they’re going to do more location stuff so I know I’ve got premature twins and a brain operation to do!”

MORE - Can you spot the symptoms of diabetes?