How C4's It's A Sin is shining a light on the AIDS crisis which devastated Liverpool's gay community - The Guide Liverpool
Contact Us Advertise with The Guide Our Video Services Follow us:

Channel 4’s It’s A Sin has been one of its most-talked about series in years, telling the stories of a group of friends whose lives are turned upside down by the AIDS crisis.

Although it’s set in 1980s London, the poignant storylines are mirrored in Liverpool where the gay community was badly hit by a pandemic which tore families apart and left many to suffer in silence and secrecy.

Sahir House in Liverpool has been supporting people with HIV and their families for more than 30 years, not just with practical help but by working to reduce the stigma that still surrounds HIV.

Steve Earle at Sahir House says It’s A Sin is shining a light on a time which so many in the city’s gay community lived through, and hopefully helping more people to understand exactly what it was like.

“The fact that It’s a Sin is on TV at all is a sign that things have got better and Russell T Davis, who’s written it, is very good at pushing those buttons to get people to think about things.

“And the more you talk about anything the less the stigma there is attached to it because it makes it more accessible. A TV programme like this gives people permission to talk about these things because it puts it back in the mainstream.

“It’s a slice of social history from that time, and it also helps people to understand that the problem hasn’t entirely gone away. Obviously we’ve got medication so people’s lives, health-wise, are very different to someone 30 years ago. Then, if someone asked, ‘am I going to survive?’ we could never really answer that.

“But we’re still in a situation where people won’t feel able to tell certain family members or work colleagues. There’s still that sense of fear that someone may discriminate against you.

“We openly talk about Covid and cancer and heart disease, but most people probably won’t tell everybody about their HIV.”

Steve remembers clearly how Liverpool was affected by AIDS and HIV in the ‘80s, and the reaction within and outside the gay community.

“It was like an underground pandemic, and when it was reported it was in a sensationalistic and not always truthful way. After the initial shock coverage it just disappeared, and people assumed it had either gone away or didn’t mean anything to them because they weren’t hearing about it. But there were whole communities who were coping with it, sometimes quite silently, or fighting for the rights of people to access healthcare and medication, or housing and social services. 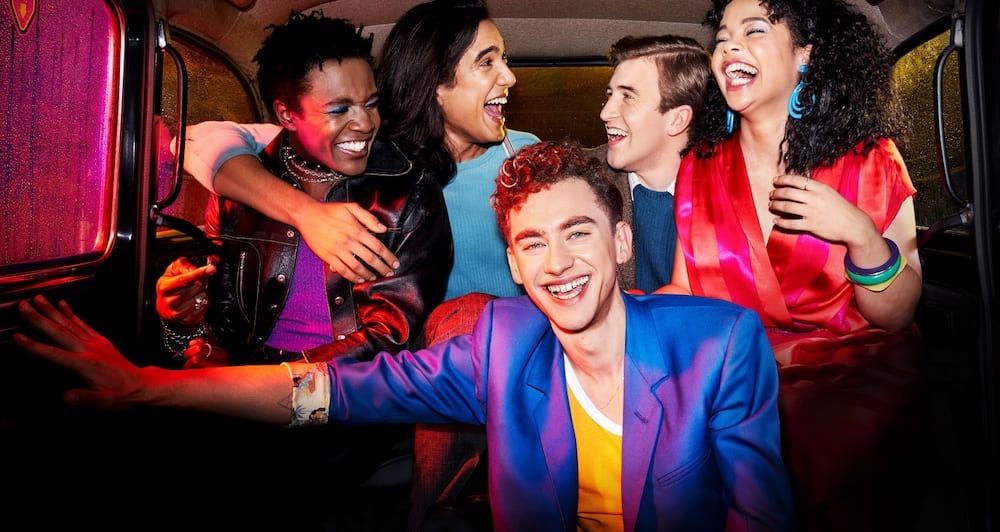 “HIV affected groups that a lot of people already had problems with or attitudes about: the gay community, people who used drugs, sex workers, people from other countries. It made it quite easy to vilify them because they felt a moral right to do that.

“Quite prominent figures could express an opinion – like saying gay people were drowning in a cesspit of their own making – which backed up a lot of other people’s ignorance and added to the stigma.” 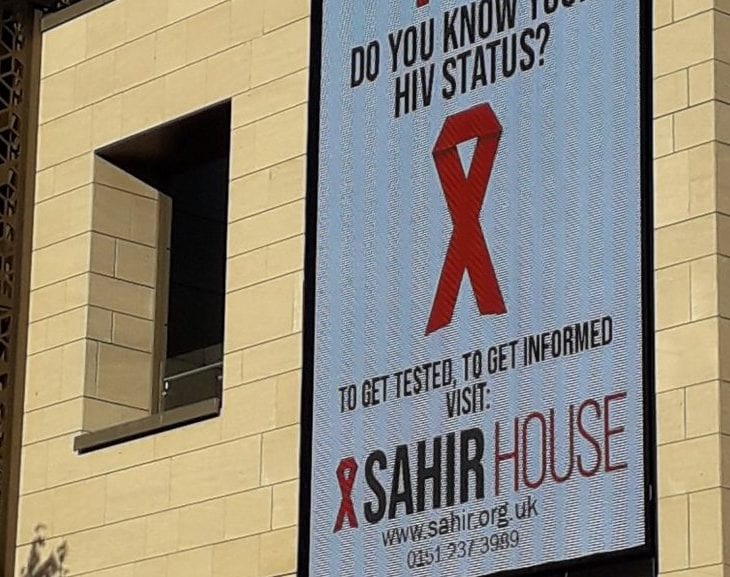 Steve says support organisations like Sahir House were born out of a grassroots determination to fight back and, in a time before computers and the internet, a desperate need for access to information.

They were also a place to turn for many who had been rejected by friends and family, sometimes left to die alone or without the people who had been closest to them.

“In the early days, there were people who were weren’t allowed to go to certain family members’ houses because they had kids and they were frightened of them passing it on. There was all that ignorance around sharing towels and cups, stupid things, and no matter how much you told somebody it’s not possible, some people just didn’t get that,” remembers Steve.

“As a part of the community we were very aware of the loss around us. We were constantly going to funerals, whole groups of friends – imagine going out every Saturday night with your friends but then slowly those friends weren’t there anymore. That’s what it was like.”

It’s a Sin, he adds, achieves the balance of nostalgia, poignancy and a sense of humour. “It very much captures a sense of the time, so it’s like a time capsule of the music, the clothes, the attitudes, the sadness and also the laughter,” he says.

“It’s not wallowing in the past, it’s about reflecting where we’ve been, how far we’ve come and what we still need to do next.”

Pete Price was one of those who vividly recalls living through the AIDS/HIV pandemic in Liverpool and the overwhelming sense of fear that the gay community felt.

“One of the reasons people were treated like outcasts was because the Press went absolutely mad over it, they called it the gay plague, and we honestly lived in fear of going out of the door, it felt that bad,” he says. 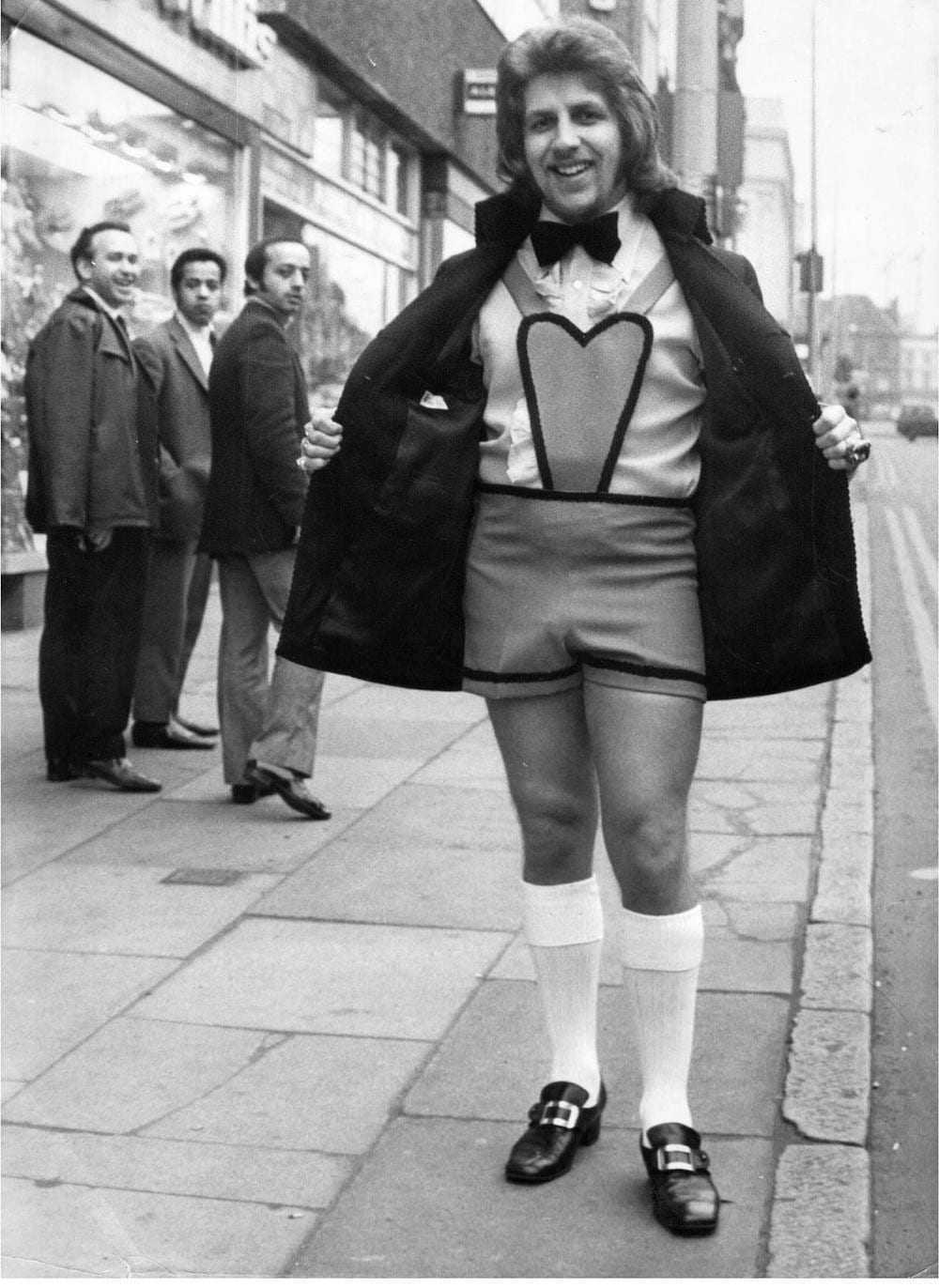 “I’d fought all my life because I was seen as a criminal, it was against the law to be gay, and we’d just started to be accepted and then it went back to square one. It was terrible. And the queer bashers as they were called, came out in force because this gave them the ammunition.”

Pete says there is one particular incident from the time which he’ll never forget.

“I did an interview at Radio City with a guy who was living with AIDS and I wouldn’t shake his hand, that’s how frightened we all were. Afterwards I tracked him down again and went to meet him and threw my arms around him. I apologised because I was so ashamed.”

Watching It’s a Sin is tough because there were so many dark times, he admits. “It’s beautifully done and it’s an amazing piece of writing but it does bring it all back. It’s a must-see because it is a very powerful reminder but at the same time, for me, It’s the hardest thing to watch.”