How Captain Tom Moore became such a beloved household name - The Guide Liverpool
Contact Us Advertise with The Guide Our Video Services Follow us:

How Captain Tom Moore became such a beloved household name

Captain Sir Tom Moore has died at the age of 100 after testing positive for Covid-19.

The charity fundraiser was taken to Bedford Hospital on Sunday after being treated for pneumonia for some time and testing positive for coronavirus last week.

In a statement, his daughters Hannah and Lucy said: “It is with great sadness that we announce the death of our dear father, Captain Sir Tom Moore.

“We are so grateful that we were with him during the last hours of his life; Hannah, Benjie and Georgia by his bedside and Lucy on FaceTime. We spent hours chatting to him, reminiscing about our childhood and our wonderful mother. We shared laughter and tears together.

“The last year of our father’s life was nothing short of remarkable. He was rejuvenated and experienced things he’d only ever dreamed of.” 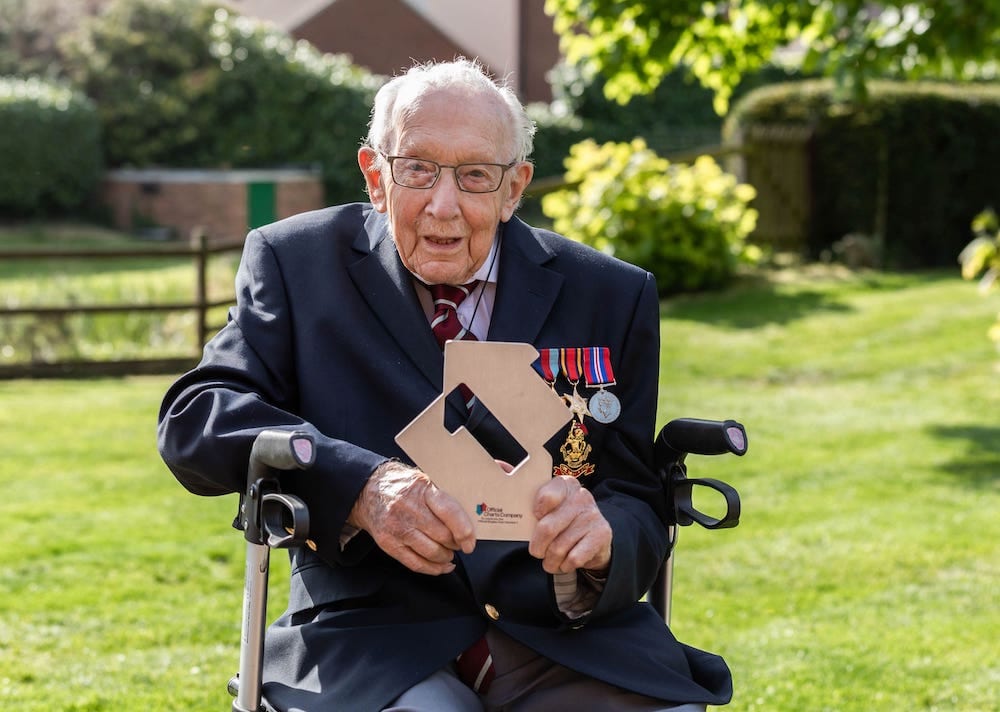 Captain Sir Tom Moore became a household name after endearing himself to the nation with his charitable exploits during lockdown.

It led to Sir Tom rubbing shoulders with celebrities and becoming a star in his own right – in a matter of months he topped the charts, graced magazine covers and had film producers fighting for the rights to tell his story on the big screen.

In April, Sir Tom teamed up with singer Michael Ball for a cover of You’ll Never Walk Alone.

It went to number one in the singles charts, knocking Canadian superstar The Weeknd off the top spot, making Sir Tom – then aged 99 – the oldest artist to have a UK number one single.

He became a national treasure, being knighted by the Queen and appearing in an episode of Piers Morgan’s Life Stories, where he discussed his life from war hero to national inspiration.

In September it emerged his fairy tale story was getting the Hollywood treatment following a fierce bidding war.

The “uplifting” and “life-affirming” biopic will focus on the former British Army captain’s “close relationship with his family and explore how his strength, wisdom and humour changed the way they viewed the world”.

After news of the biopic broke, Sir Tom quipped: “I don’t know of any 100-year-old actors but I’m sure Michael Caine or Anthony Hopkins could do a wonderful job if they were prepared to age up!”

In November he received another accolade as the oldest cover star for British GQ magazine.

Sir Tom took a spot usually reserved for Hollywood A-listers or giants of the music world in honour of his charity work.

Sir Tom also wrote a book about his life titled Tomorrow Will Be A Good Day.