How Liverpool became the must-go cruise ship destination post-Covid - The Guide Liverpool
Contact Us Advertise with The Guide Our Video Services Follow us:

Liverpool’s cruise terminal has used the city’s pioneering Covid response efforts to help it become a must-go destination for 2021 and beyond.

Some of the world’s biggest cruise companies, including Disney and Swiss-based MSC, have chosen Liverpool to get their cruise itinerary back on track after more than a year of cancellations.

Now, the cruise terminal is on schedule to have welcomed 90 ships by the end of 2021 – just 20 short of what had been planned for the year before pandemic restrictions came in.

And that’s despite not being able to restart operations until May 17.

What a summer it's been for @CruiseLpool and the season hasn't finished yet. 😃 Here's what happened when Cunard Queen Elizabeth visited earlier this week. 🛳️ pic.twitter.com/Vlqm5yuwx7

“It’s been a much more condensed season, 90 ships over five months, but we’ve felt busier than ever,” says head of cruise operations John Mawer.

“I think what really made a difference, and we know this from feedback from cruise lines and guests, is that they appreciated the new way of operating we brought in because it does give people that sense of safety and reassurance.

“The city piloted mass community testing, we were leaps and bounds ahead, so by great coincidence for us we could actually offer a skill base that other ports perhaps didn’t have. It wasn’t such a big jump for us. That meant we could almost seamlessly add the capacity for testing into our cruise operations.

“For that reason we managed to secure business that we wouldn’t ordinarily have. In fact Disney trusted us so much that they gave us their first ship internationally that hadn’t cruised for 14 months so they trusted us to relaunch the brand which was a big compliment.

“MSC sent us their flagship, MSC Virtuosa, which was the biggest ship ever to come into the Mersey. That first came in May which was another big coup for the city and she came almost weekly until the start of September, all on the back of Liverpool being seen as a really safe pair of hands.” 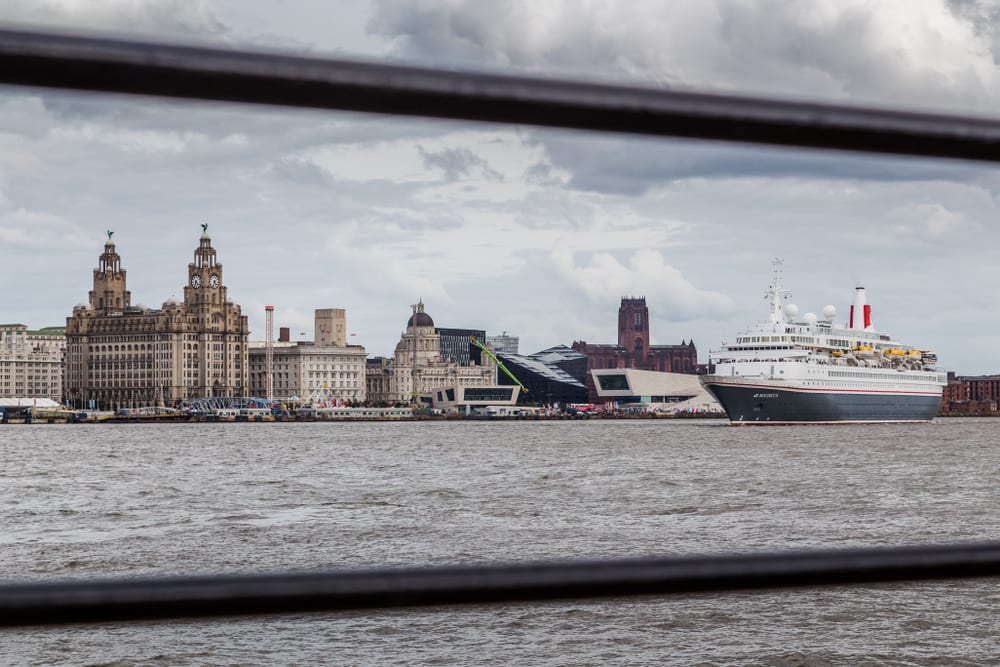 All cruise ship operations stopped in Liverpool in March 2020, and didn’t resume until 14 months later. The port was still open for working and commercial vessels, but no passengers.

In normal times, more than 100 ships with an average of between 1500 and 3500 passengers come through the terminal in a year.

In their absence, council-employed staff were redeployed to join the city’s front-line Covid efforts, either to track and trace calls, to food hubs and logistics or to community testing support.

But as soon as restrictions started to ease, and cruise companies could plan again with some certainty for the remaining months of 2021, John and his team began negotiations.

“We were having discussions with cruise lines as early as February and March when it became clear there was an increasing likelihood that cruise ships would come back around May,” explains John. “The cruise lines started to reposition their vessels and crew their vessels in readiness for being able to take passengers again.” 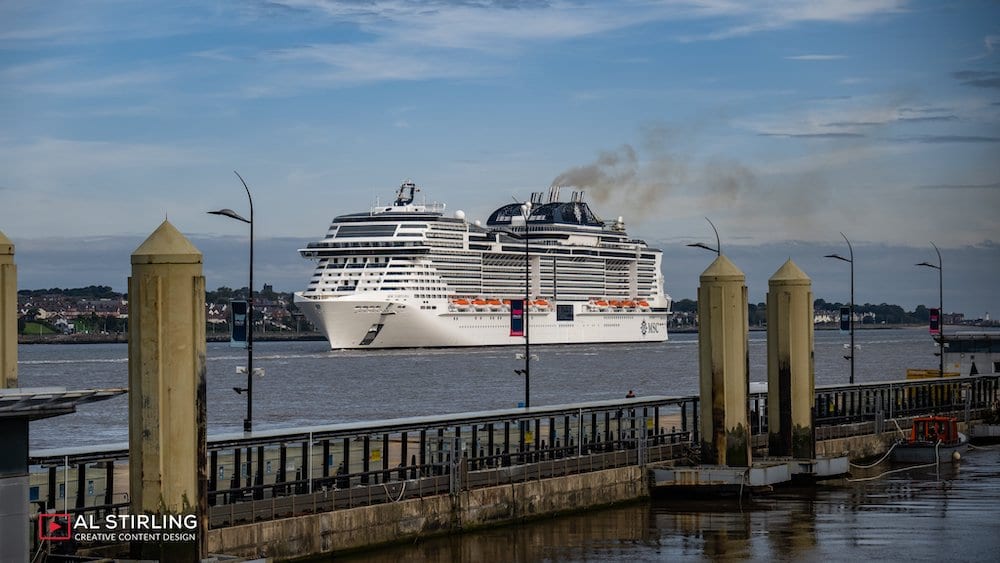 Then it was a question of putting in place enhanced Covid measures including daily staff testing and getting ready to put them all into action as soon as the first ‘seacation’ ships arrived on UK-only routes.

“In terms of passengers boarding in Liverpool, who were starting and ending their cruise here rather than just visiting for the day, everyone had to be tested as well,” says John.

“Some cruise lines were insisting on double vaccinated passengers only, others said if you weren’t double vaccinated you had to have a PCR test within 72 hours of travelling with a follow-up rapid test before you could get on board. 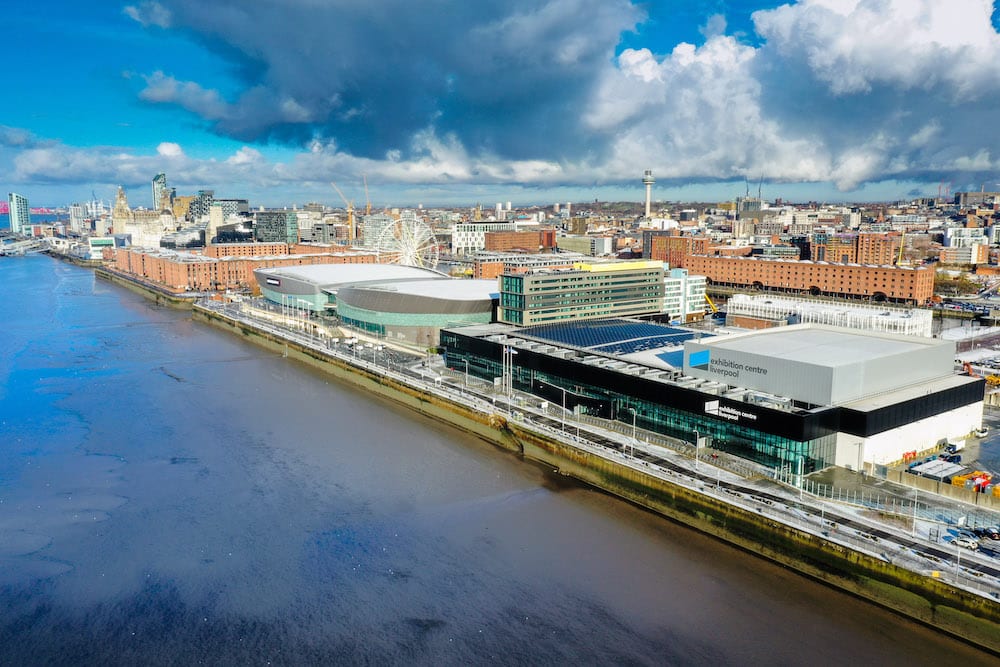 “To do that we reached out to our colleagues at the ACC exhibition centre to look for large empty spaces that weren’t being used that we could modify and turn into a satellite cruise terminal where we could do all the testing and baggage handling. In that 12-week period of planning we secured space at the ACC and developed a plan for a satellite cruise terminal to make sure we could encompass all these extra measures which are still going now.”

MORE - This year’s Alder Hey and Matalan PJs have been officially unveiled!

Liverpool’s cruise terminal has handled a ship almost every day since June, although numbers are generally restricted to no more than one per day to offer exclusivity.

And the response has been so positive that John and his team are already taking bookings two and three years head, with some as far as 2029.

It hasn’t all been plain sailing, he admits. An outbreak of Covid on the Celebrity Silhouette docked in Liverpool hit the headlines in August.

Sunny skies over Liverpool as the @cunardline #QueenElizabeth visits for the first time this year. @CruiseLpool giving the passengers a warm welcome to the city, as always 🛳 ☀️ pic.twitter.com/pMwpz2AIAx

“But positive cases were identified and isolated on board, close contacts identified and tested straight away and only released when they came back as negative so by the time the ship arrived in the port we were only dealing with a very small number of people who were then taken directly home in Covid secure transport without stopping.

“We have to be realistic, Covid exists everywhere including cruise ships – what’s important is that at the first sign of an outbreak it’s completely isolated and mitigated so the spread is contained.

“We’ve got an approved communicable disease plan which is just for Covid and that was tested and shared among the emergency community so when it was needed we knew exactly who to get in touch with and when. It’s a milestone for us to have passengers back in the city again but it always has to be safety first.”

Find out more about Liverpool Cruise Terminal on the website here.