How Liverpool Girl Skaters is helping to grow a new community of skateboarders in the city - The Guide Liverpool
Contact Us Advertise with The Guide Our Video Services Follow us:

A group which was set up to encourage more diversity in skateboarding in Liverpool has helped create a growing community of female skaters in the city.

Liverpool Girl Skaters was started by Steff Norton two years ago, because at the time she noticed she rarely saw female skaters in Liverpool and Wirral.

Now there are more than ever and LGS holds regular meet-ups at skate parks in New Bird Street in the Baltic Triangle, Burrows DIY in Wirral and Ramp1 in Warrington for all ages and abilities. The group also has its own products with ‘Sisters of Mersey Grit’ artwork and an LGS T-shirt created for International Women’s Day. 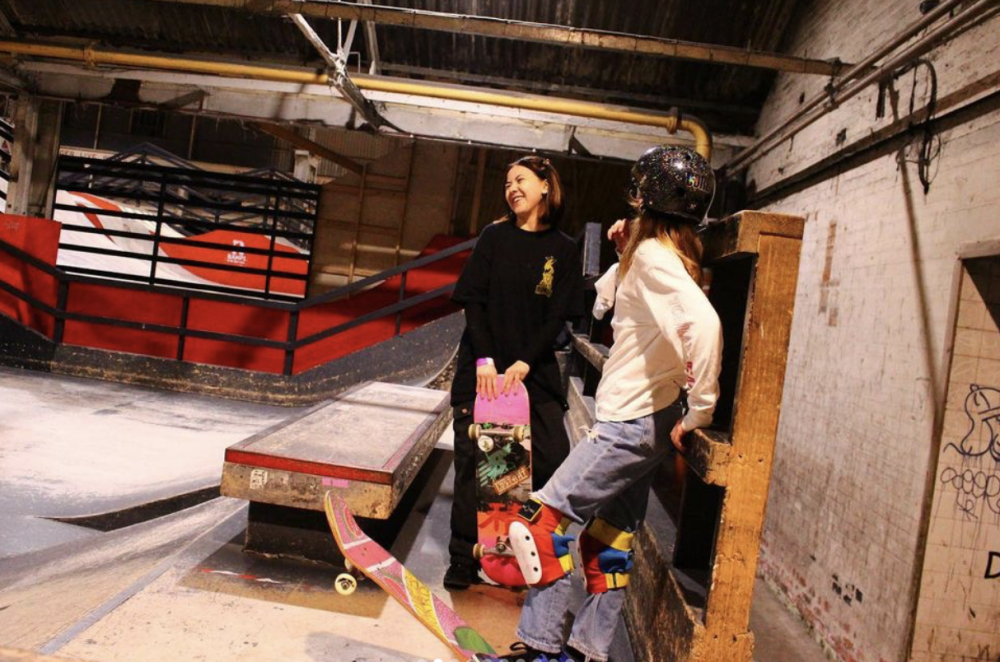 With a big summer of outdoor skating coming up, The Guide spoke to Steff to find out more about Liverpool Girl Skaters and why the once male-dominated sport of skateboarding’s gaining a whole new following …

When did you set up LGS, and was it just you?

I started the Liverpool girl skate community back in January 2020 after attending the Manchester girls skate night. I wanted to inspire more females to try it out and there was a push for me to get the skateboarding community together in the Liverpool/Wirral area through events and show more diversity in the sport.  My friend Hayley was a great support with it all and we were a couple of the only female skaters in the area at the time, with great inspiration from the original female skaters in Liverpool, Lily and Dina. 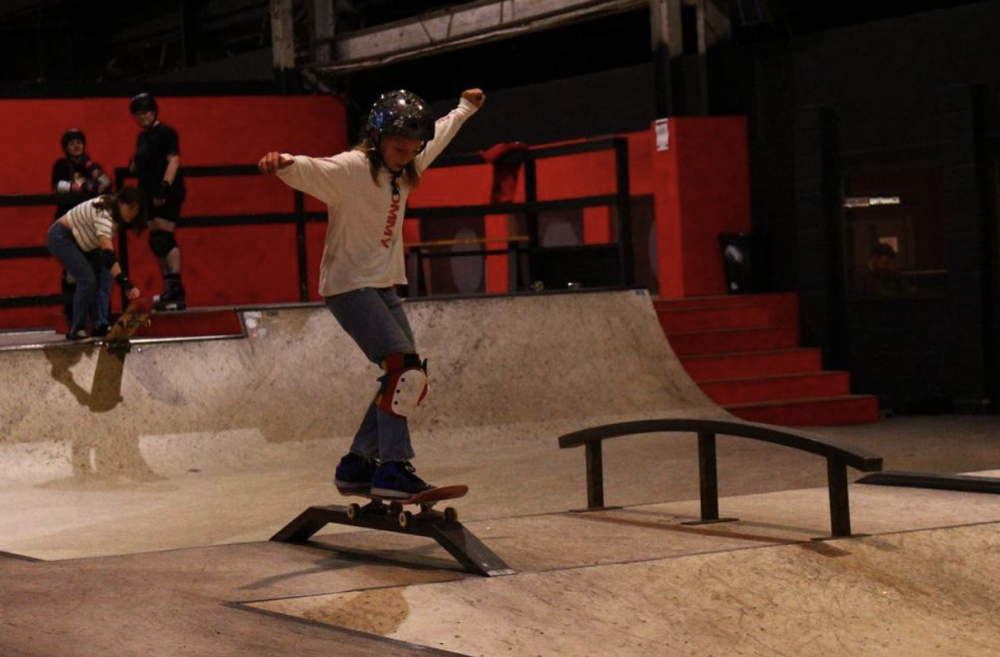 Are you from Liverpool?

I’m originally from The Wirral. I’ve lived in Leeds, China and travelled around New Zealand before coming back to the area to do a primary teaching degree at university. After a year of teaching during the pandemic, I realised it wasn’t for me and now manager a coffee shop on the Wirral.  It’s great being back in the area where I’ve grown up and seeing how much the city has grown. Liverpool is such a creative and inspiring city to be in, which definitely filters into the skate scene.

How long have you been skating and how did you get into it?

I’ve been skating a couple of years now. I always wanted to skate when I was younger, but it wasn’t an opportunity then. It was when I got a skateboard in New Zealand I got a taste for it. When I came back, I threw myself into skating a lot more and met some amazing people through it. It has helped a lot with my mental health and being able to be outside as much as possible. 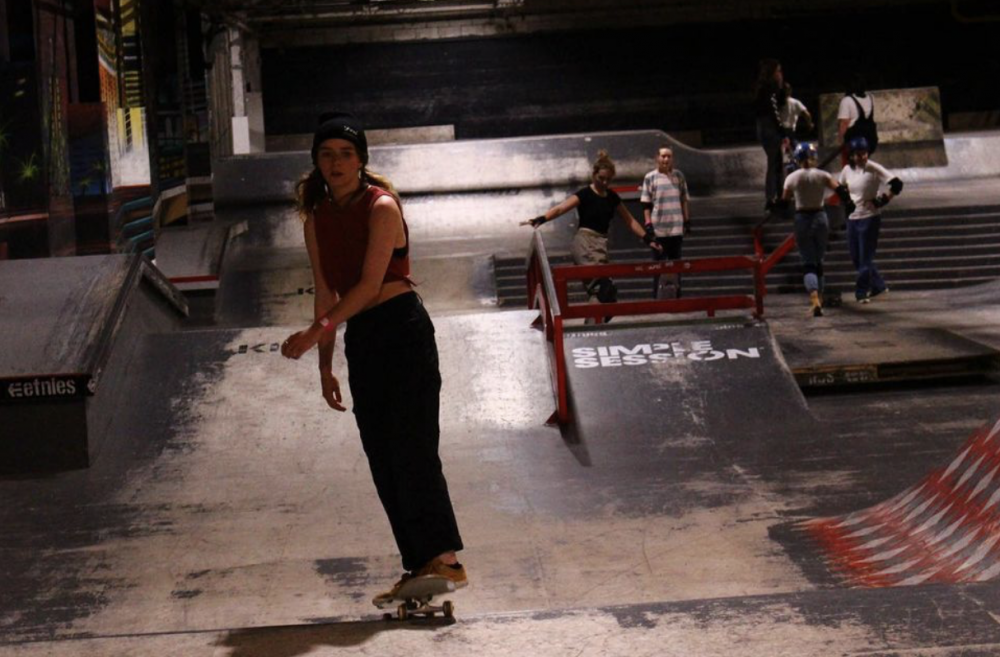 Did you love it straight away and what was it that you connected with?

It took a little time for me to get into it, mainly because I was moving around but when I saw the Manchester female skate community and meeting like-minded people, that’s when I got into skating a lot more, and seeing my progress. It helped a lot with my confidence in other areas of my life as well. Skating is so good for your mind. You need to concentrate on what you’re doing, otherwise you’ll not make the trick or fall. It’s really mindful and it makes you want to push yourself again and again. 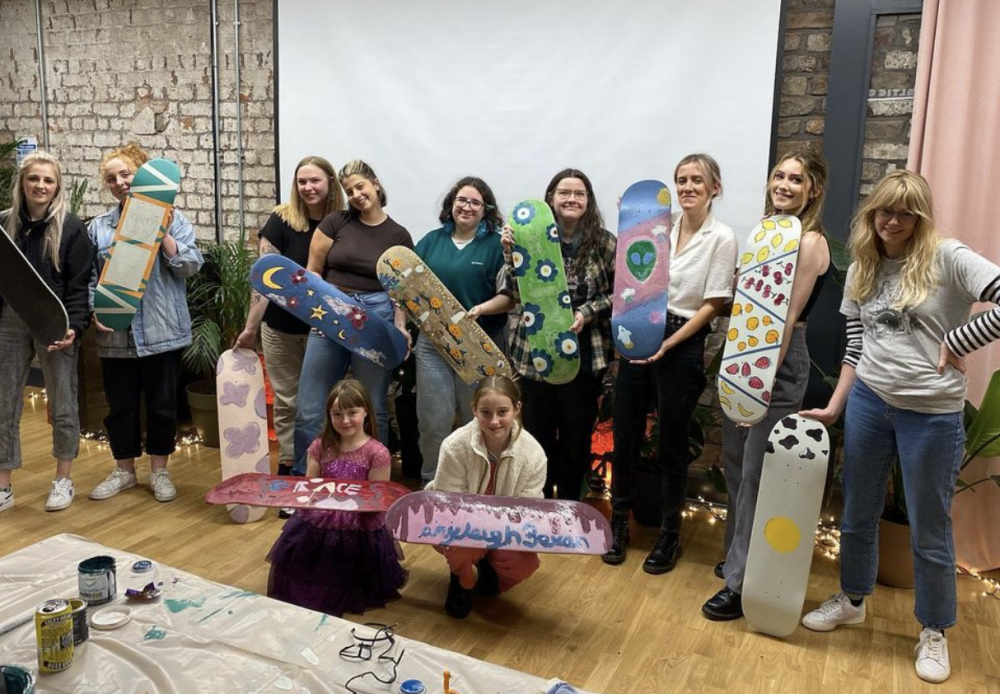 What did you hope it would achieve and are you on the way to getting there?

When I started the Instagram page, I mainly just wanted to support the female community in the North West. I had no expectations of how much it would grow. Working within the community has been great, for example setting up two events with Chapters of Us near the Baltic and the mental health charity – The Ben Raemers Foundation. The events have people from all backgrounds attending and bringing the community together.

Is the skate community in Liverpool a very inclusive one?

I feel the Liverpool community is pretty inclusive in recent years. It’s a lot about changing perceptions on skating – you can be any gender, any race, any sexuality to skate. You can be who you want to be.

What would you like LGS to bring to female skaters?

I hope it helps a lot of people to build up their confidence and to constantly evolve. I hope to grow the community for everyone who identifies as female and non-binary, helping with skateboarding lessons for all ages and to introduce it as an activity, along with working with other female skate pages for example Board Babes in Manchester. 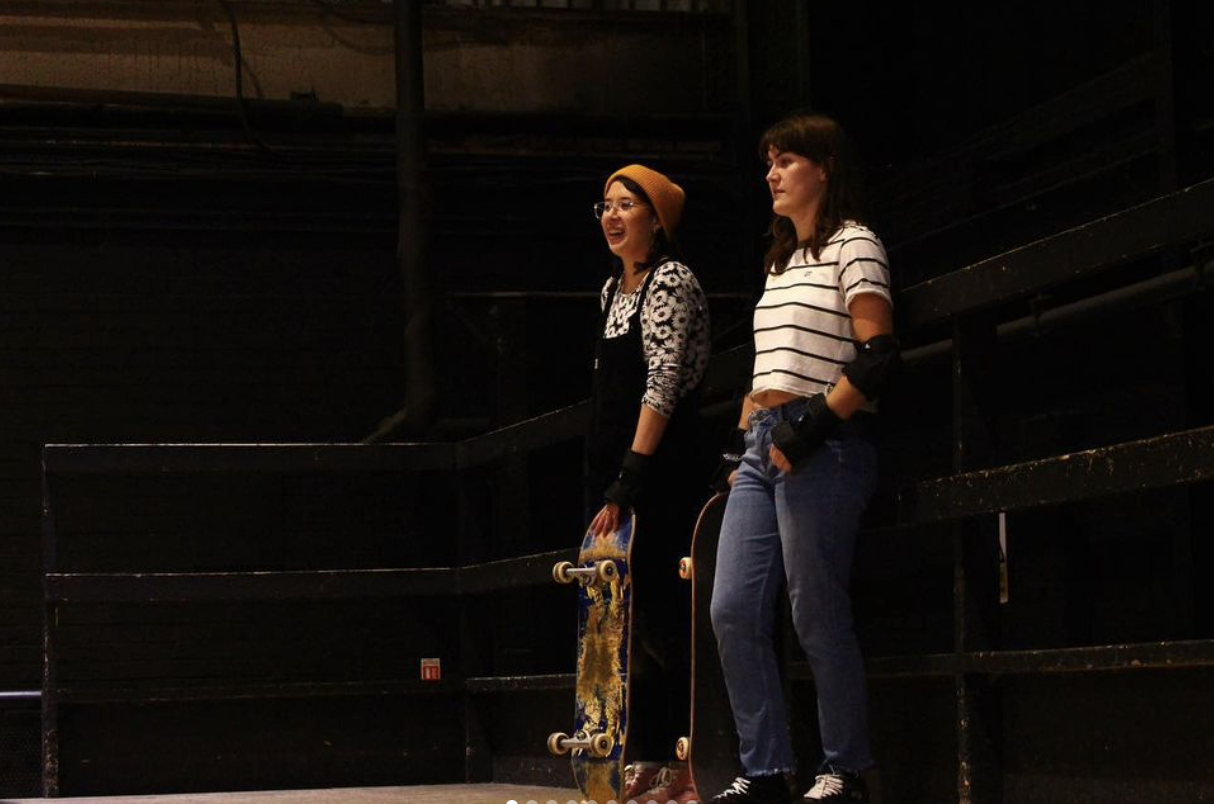 What would you say to anyone thinking of taking up skating?

Give it a go. It will bring so much more to your day-to-day life than you could think. The community helps to empower others. Push through the fear and try it out. It’s a great way to help release the ‘inner child’ and to really enjoy life.

MORE - Watch as we find out about Liverpool’s biggest authentic Oktoberfest, coming this Autumn