If ever there was a heaven-made celebrity chef match for Liverpool then it has to be Gino D’Acampo.

He’s funny, cheeky, talks at a hundred miles an hour, and that’s before you even start on his serious love of a big night out.

“That’s why I love Liverpool so much, because you guys can really party,” he says.

As if to prove the point, he’s sitting in his recently opened restaurant at the INNSiDE by Melia hotel on Old Hall Street, nursing a hangover after a self-confessed ‘heavy drinking night’.

“But there’s always one thing that really fascinates me here,” he adds. “It’s bloody freezing but yet you girls decide to wear the least possible throughout the winter. 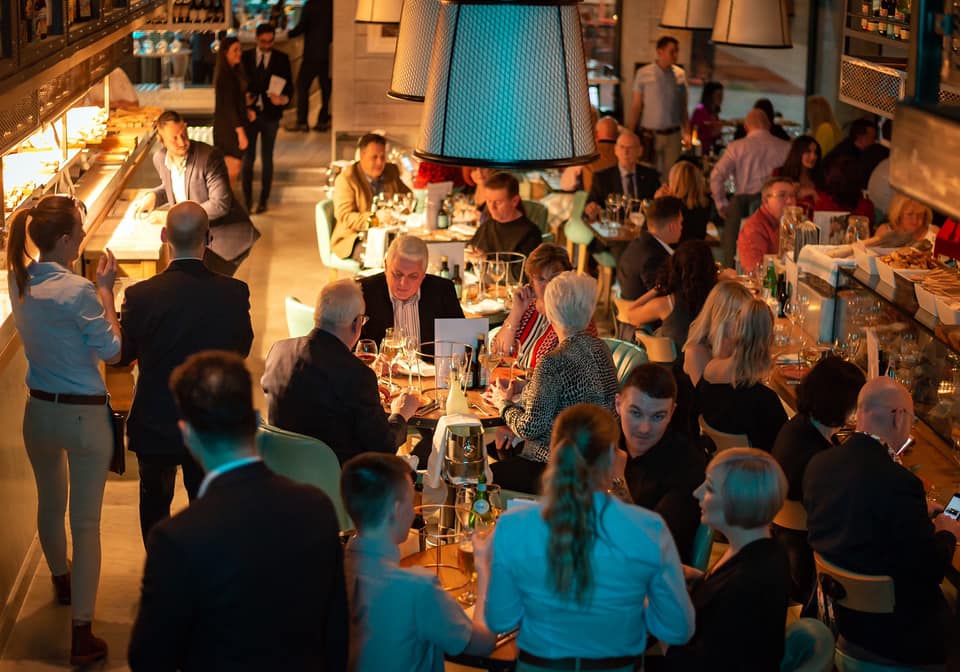 “I remember once I brought my dad to Liverpool and it was about November time, it must have been around that moment when everyone is coming out of the pubs and going to a club, and 95% of the women we saw were actually dressed for inside not for outside. No coats, no jackets, and my father was asking me, what are they doing? Their skin had gone purple with the cold!

“I was trying to explain to him, that’s how they do it here and he just couldn’t get his head around it.”

Warm clothing aside, Gino and Liverpool are on the same wavelength. That’s why he’s so happy to have a second restaurant here, five minutes away from his first on the corner of Castle Street, with its bright turquoise parasols facing the Town Hall.

“I do have a soft spot for Liverpool, I do, number one because I always fancied Cilla Black,” he explains. “Cilla and I, we knew each other. She asked me to go to her house to show her how to cook and to my surprise the thing that she was interested in the most was Yorkshire Pudding!

“Of all the things I could cook that were Italian, she was asking me to do Yorkshire pudding. Luckily I learned my recipe from a chef who I worked with about 20 years ago, Brian Turner, we used to do Ready Steady Cook together. He showed me how to make the perfect Yorkshire Pudding and since that moment I use exactly the same recipe.” 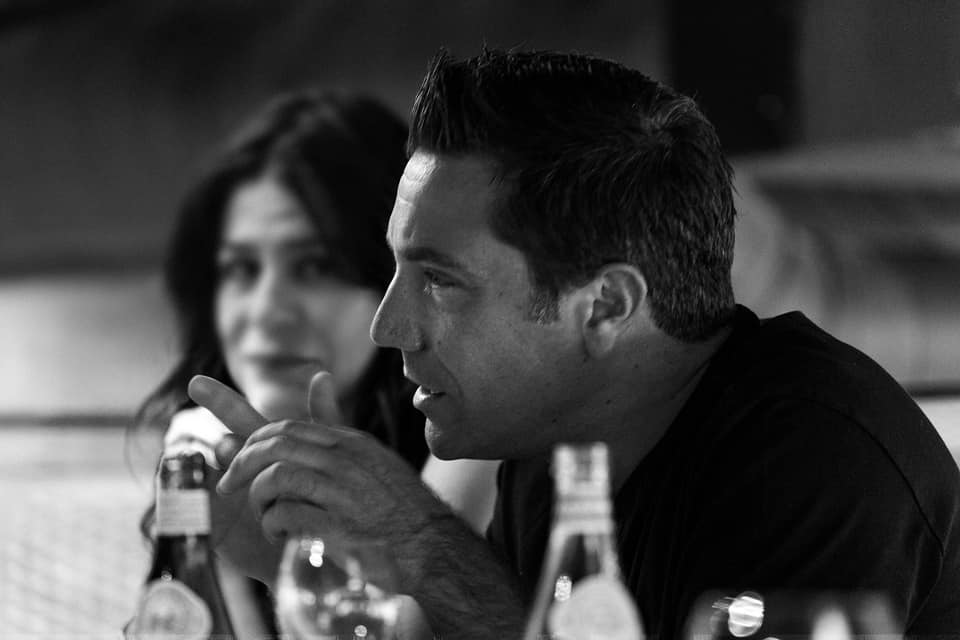 Gino’s Yorkshire puds are just one of the recipes he’s stuck with over the years. He’s a believer in not fixing something that isn’t broken, so lots of the dishes on his menus have been collected over the years or passed down from family.

“On every Gino’s restaurant menu there is a spaghetti with vongole, my mother showed me the dish a long time ago, and every restaurant does exactly the same dish that my mum showed me 30 years ago,” he says proudly.

“Whenever I’ve got a dish that works I tell my teams the story behind it, I put it on the menu and it stays like that. 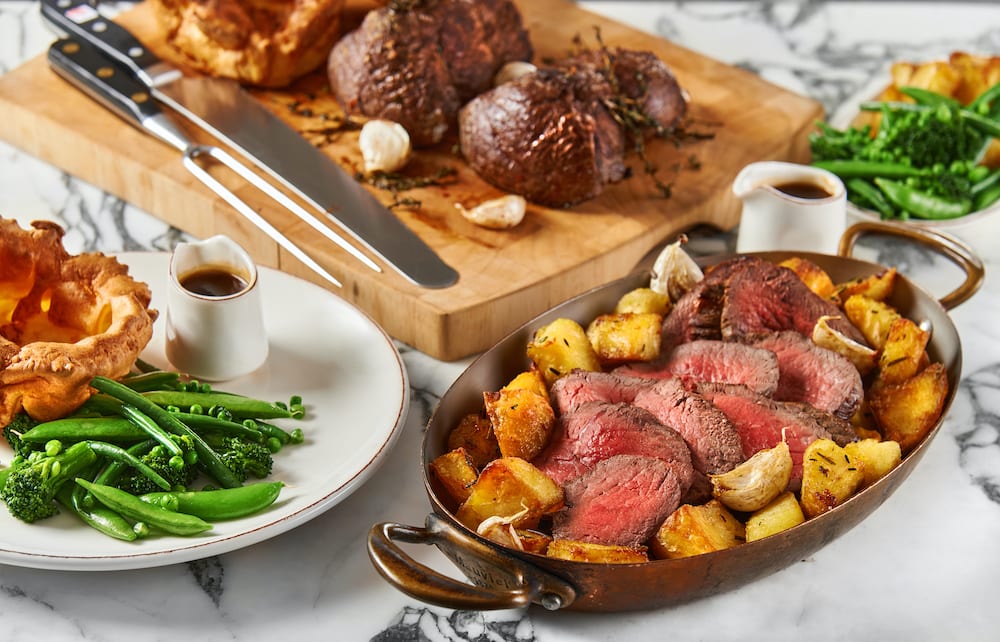 “Maybe instead of using red cherry tomatoes, perhaps you use yellow, or instead of spaghetti you use linguine, those kind of changes are very minor, but 95% of the recipe never changes. Why change something that is beautiful?”

Like most hospitality businesses, Gino’s has been through difficult Covid times over the past 18 months. 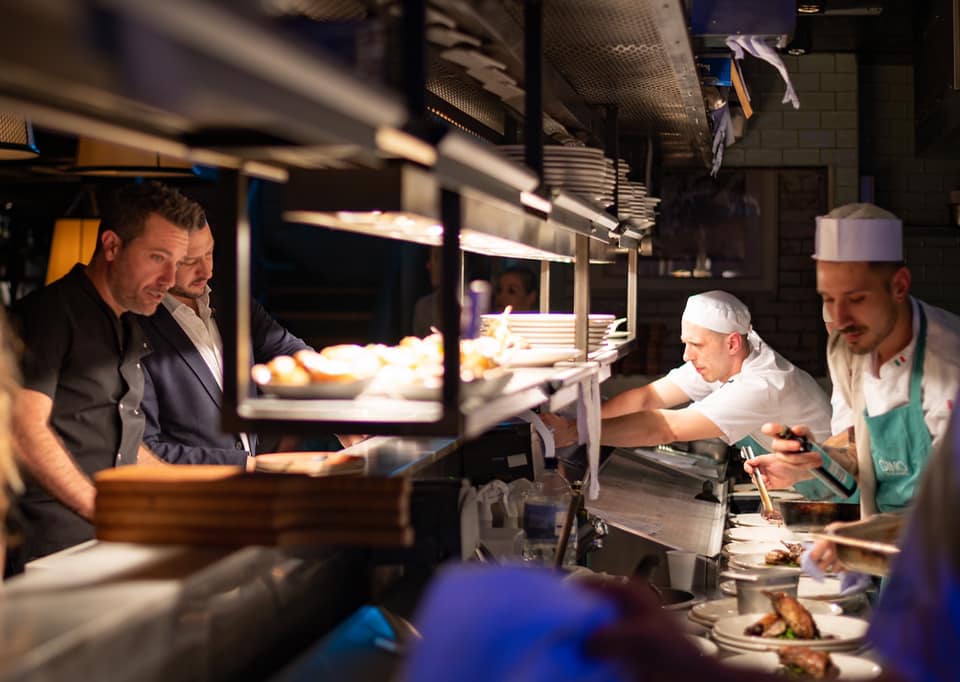 “The bigger you are, the more expenses you have, especially when money isn’t coming in and there’s a lot of money going out,” he admits. “It was tough, but I believed from day one that everything would be OK. We invested a lot of time and a lot of money to make sure that when everything was opening we were ready for our guests and those terraces which we have on all our restaurants really came in handy.

“My business partner Steven Walker came up with the idea of having all this outside space and I was a bit dubious at the beginning. I was like, really? You think people are going to go outside, in the winter?

“And he said, trust me, we’re going to do this and it’s going to be beautiful. When he did it I thought wow, that is a genius idea, and when they said you could only eat outdoors we had a huge amount of outdoor areas so we were already there; the lights were on, the canopies were out, we were 100% ready.” 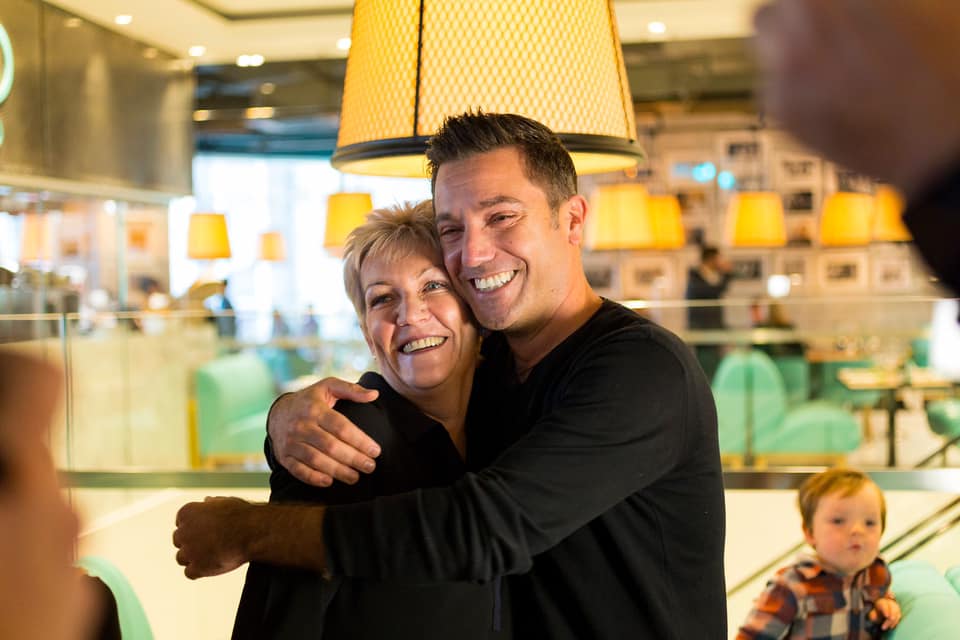 Now, with the recovery in full swing, he’s preparing for Christmas, his favourite time of the year.

“For any restauranteur now is not only busy, it’s also the best time,” he says. “It’s the decoration, everybody’s happy, the menus change for Christmas, it’s magical in the restaurant business at Christmas.”

And if he was going to one of his own restaurants at Christmas and could only order one thing, what would it be?

“A negroni!” he laughs, without hesitation. “We need to be honest here, it’s Christmas, it’s party time.”