I wanna be loved by you! Bride and groom walk down the aisle as Marilyn Monroe and Rocky Balboa - The Guide Liverpool
Contact Us Advertise with The Guide Our Video Services Follow us:

I wanna be loved by you! Bride and groom walk down the aisle as Marilyn Monroe and Rocky Balboa

She’d already planned a fancy-dress birthday bash to celebrate the big 5-0, so when Lisa Scully’s partner Mark proposed marriage at Christmas they decided to combine the two.

When Lisa walked down the aisle declaring ‘I Wanna Be Loved by You’, she dressed as blonde bombshell Marilyn Monroe, and husband-to-be Mark Tuckley squared up to his Hollywood goddess as film boxing legend Rocky Balboa.

“I think Mark was originally thinking of a nice quiet wedding in Gretna Green, but it didn’t end up being anything like that at all,” said management consultant Lisa, from St Helens. 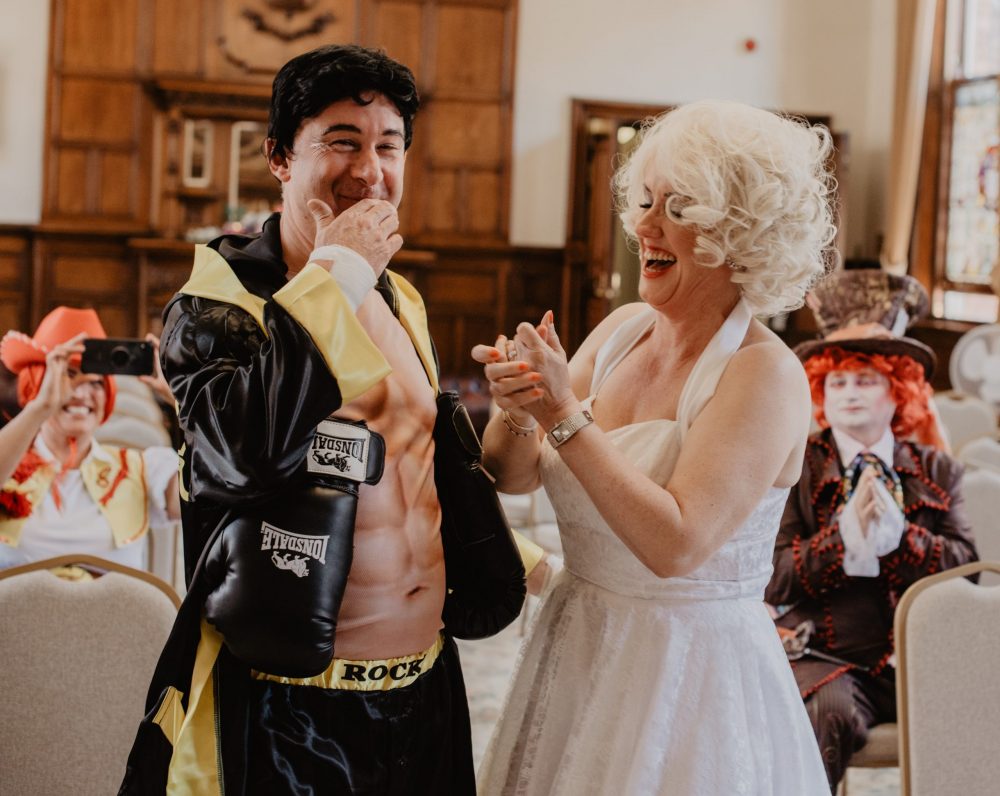 “Some of our friends and family were mortified about it being fancy dress at first but, give them their due, they really embraced it.”

Guests included Danny Zuko from Grease, Spider-Man and Star Trek’s Spock, Fred and Wilma Flintstone, Dorothy from the Wizard of Oz, and Jess and Woody from Toy Story. 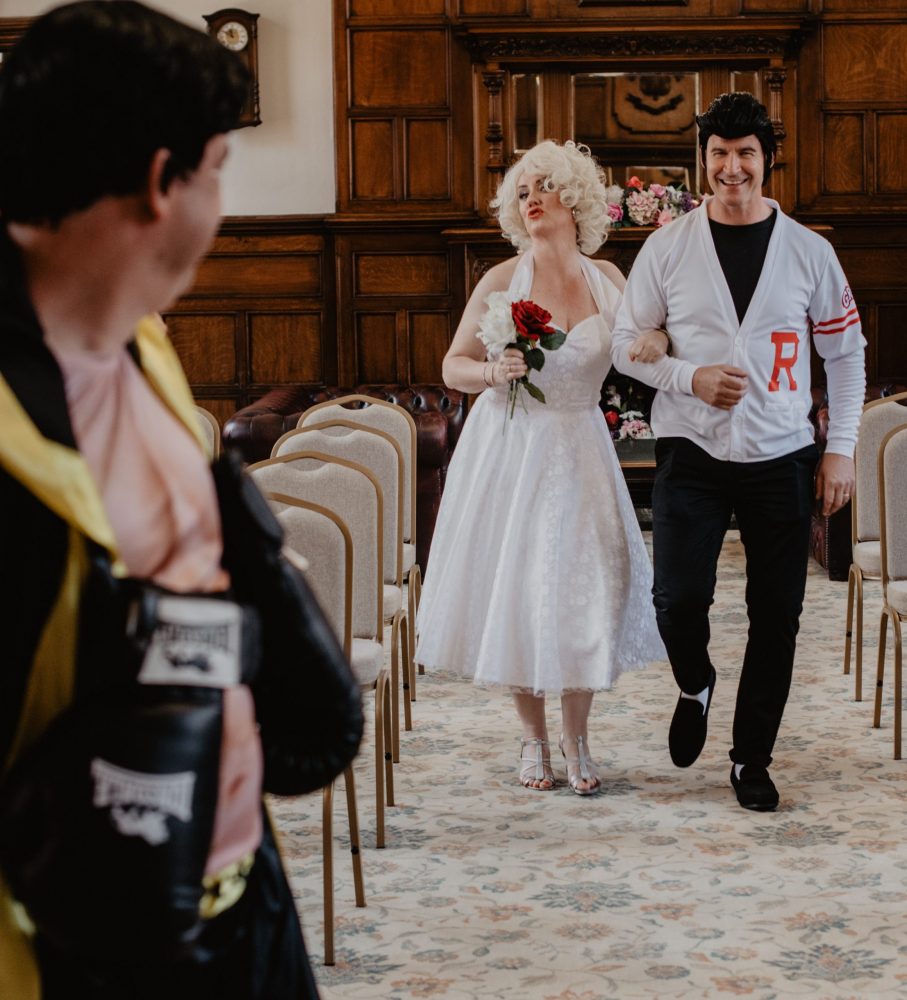 “It was hysterical,” added Lisa.  “We even had an Elvis tribute act in the evening, who performed a mock wedding ceremony and asked if I would ‘love him tender’ and if Mark promised to be my ‘hunk a hunk of burning love’, and it couldn’t have been more perfect.

“The day exceeded both our expectations. It was just great fun.”

The couple, who’ve both been married before, met online around 10 years ago.

Lisa said occupational nurse advisor Mark, 54, had made her laugh from day one, and he soon moved up from his home in Staffordshire to be with her.

“We’d always said we probably wouldn’t get married because we didn’t feel the need to, or that we’d do it when we were 60 or 70 to give people a ‘do’, but then in December Mark proposed in a Christmas card,” said Lisa. 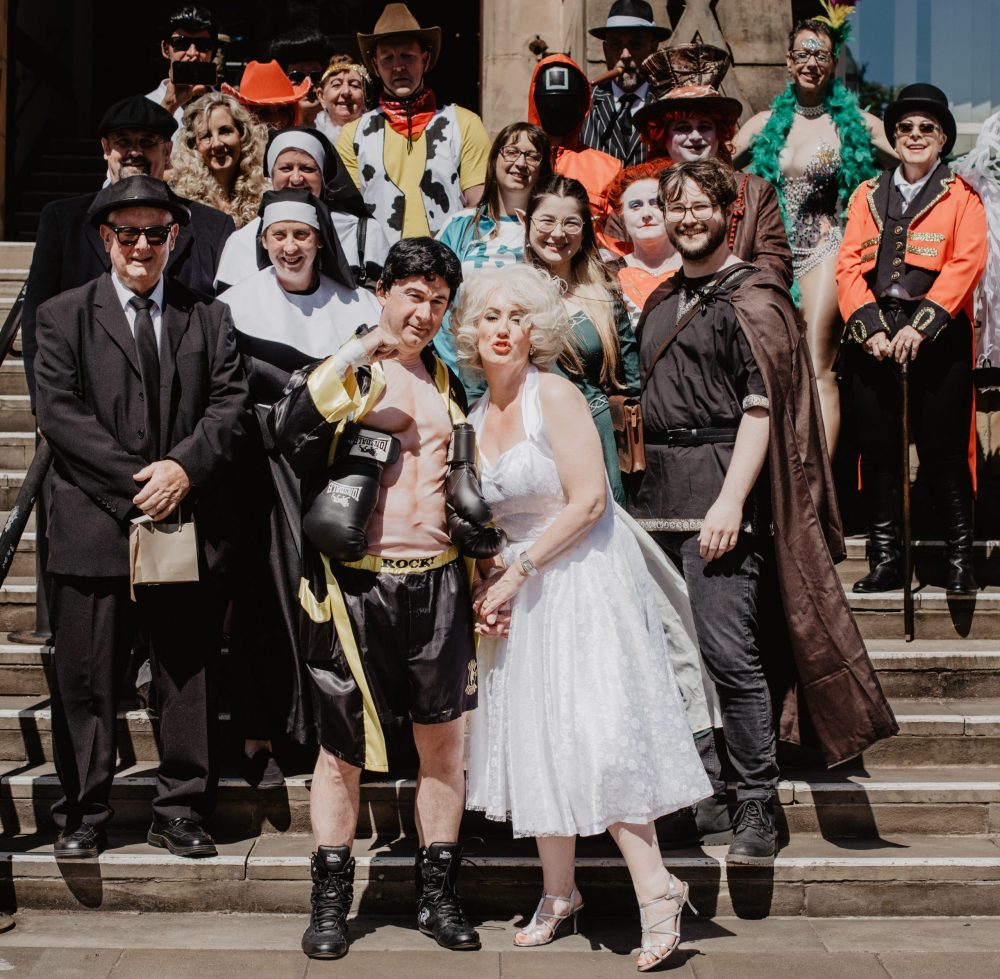 “I think the last couple of years have made everyone reflect. Many of us know people who have lost someone, and life just suddenly seemed too short.

“I’d already booked the venue for my fancy dress birthday celebrations in the evening, so when we were talking about wedding dates, we thought why don’t we do it on the same day? It was Mark’s idea to make the whole thing fancy dress, which was strange because he’s normally the quiet one. But it’s been hard for everyone with the pandemic, so we just thought, why not make it fun?” 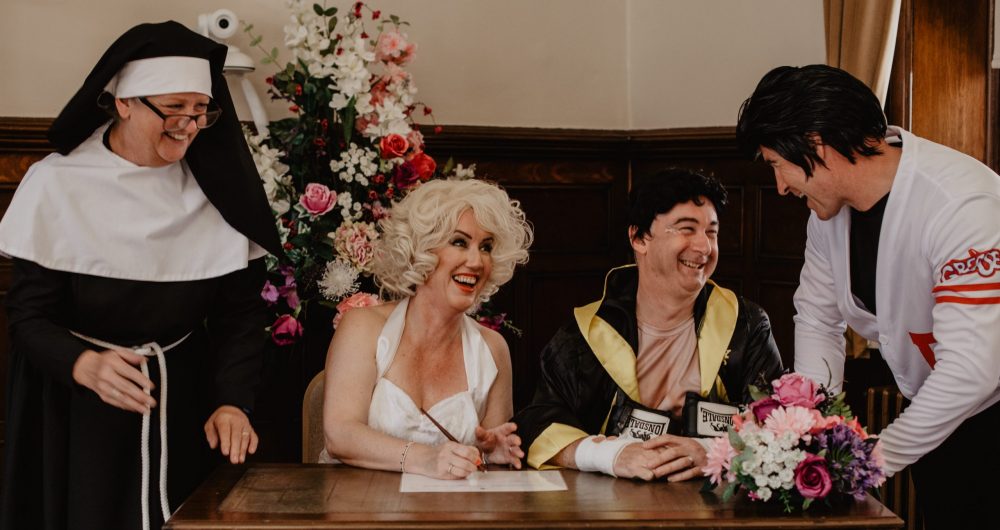 They chose the theme of movie or TV characters, and then left everyone to decide who they would be.

“I chose Marilyn because I wanted to be a bit glam and I thought I could do the white dress so that was like a wedding gown, and Mark originally wanted to be Rambo. But I’m an ‘80s girl and I love Rocky, and we’ve been to Philadelphia where Mark filmed me running up the Rocky steps, so it had to be him.

“Mark’s only issue was that his muscle vest kept creasing,” laughed Lisa.

Lisa was walked down the aisle at St Helens Town Hall where the register office was by her brother Stephen, who dressed as Danny Zuko, and their other witness was Mark’s sister Julie Armstrong, who came as the Mother Superior from Sister Act.

The couple spent the week after the wedding on July 9 with family in Anglesey and are planning a special honeymoon later. 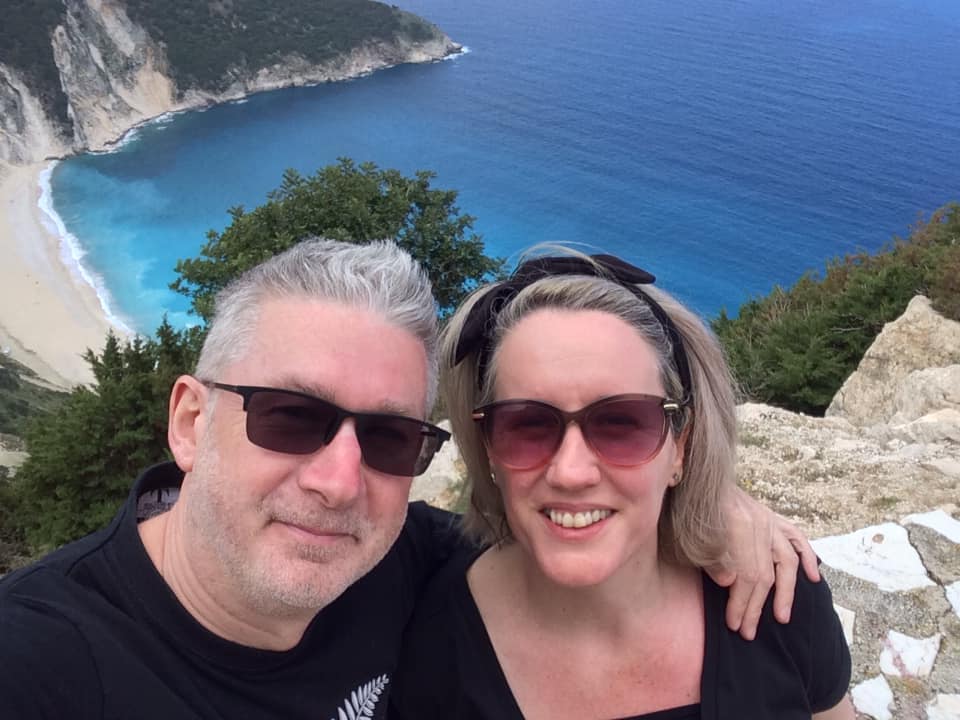 “Marrying in fancy dress made it a really fun day and gave everyone a laugh over the last few months while we were planning everything,” smiled Lisa. “But that’s not to say I didn’t take my vows seriously, they were from the heart.

“This is it now, this is our forever, and I’m looking forward to married life with Mark.  And when you start with a wedding like this, one thing’s guaranteed, it’s never going to be boring.”