"I was blown away by Prince William's empathy" says Liverpool cafe owner - The Guide Liverpool
Contact Us Advertise with The Guide Our Video Services Follow us:

The owner of Leaf tea shop, Natalie Haywood, said she was blown away by the empathy Prince William showed towards the plight of business owners in Liverpool.

Natalie and DJ Yousef were invited to discuss the effects of Covid restrictions on the city during a 45-minute private Zoom conversation with the Duke of Cambridge.

She revealed he wanted to know more about the impact on businesses and how people were coping under Tier 3 rules.

“It really flawed me,” said Natalie. “I was absolutely blown away by his empathy and how generous he was with his time. He wanted to know the finer details of everything, the highs and lows, the challenges, what had gone right, what policies had worked and what didn’t work.

“He wanted to know how myself and Yousef were coping with the pressure and what it felt like to live in Liverpool under Tier 3.”

MORE - Q&A: What is the scientific debate behind the Covid-19 circuit-breaker concept?

Natalie runs Leaf cafes in Bold Street, Smithdown Road and West Kirby, as well as One Fine Day on Old Hall Street and Oh Me Oh My on the corner of Water Street and The Strand.

An emotional interview with Channel 4 in which she broke down as she explained the struggle hospitality businesses were having to survive and the stress owners faced was shared by thousands on social media.

It highlighted just how tough bar, pub and restaurants especially have found the tightening of restrictions and the uncertainty. 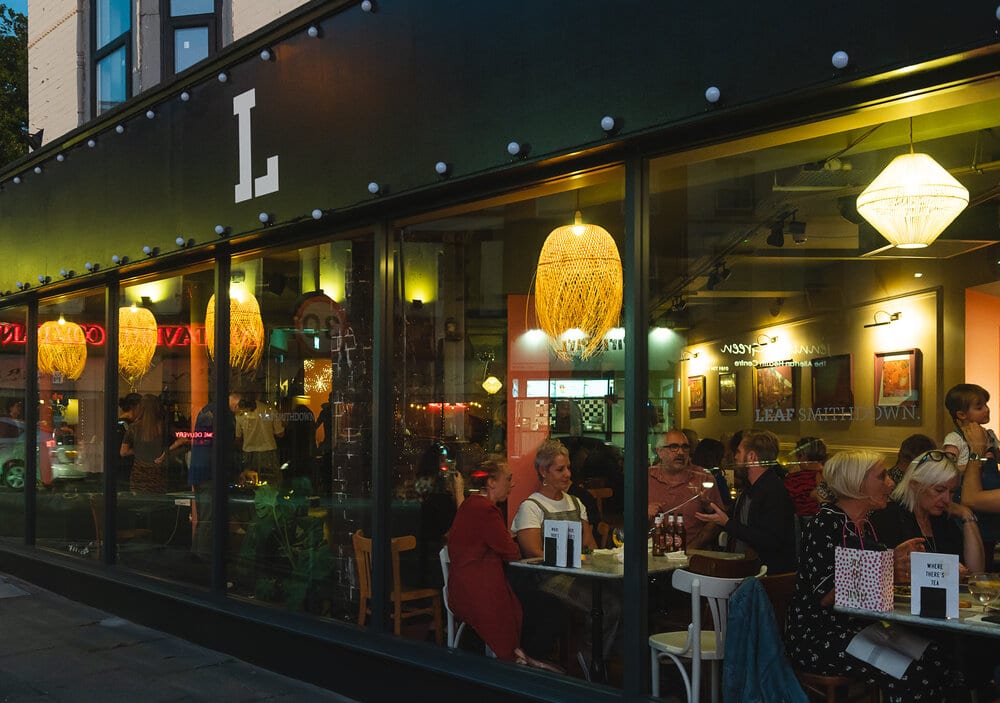 Natalie was able to share with the Duke some of that experience.

“It is very bleak and it’s worrying for the city because we don’t know when it’s going to end,” she told Sky News. “There doesn’t seem to be much of an end game.

“Unfortunately, the support available to us just doesn’t match the restrictions, it’s just inadequate. Staff are taking massive hits on their salaries, businesses are trying to survive, and we’re just really lucky that the local council and combined authorities have put a package into place to help get the money in the hands of staff and businesses to help see us through.”

Yousef explained that the Duke had interviewed them, taking the time to ask lots of questions.

“He reached out to us to find a way to understand what was happening on the streets of Liverpool, with businesses, the hospitality and events sector,” he added.

“He was genuinely interested, it was quite touching actually.”

Yousef revealed the Duke was also very concerned about the negative effects on people’s mental health that lockdown and job cuts had caused.

“I explained that the most important part of Liverpool’s nightlife is hospitality and tourism and with people not being able to connect and communicate and just hang out with each other, it’s becoming worryingly difficult for people to express that,” he said.

“I spoke to one of my friends who is a counsellor and wondered whether there is enough counsellors and mental health professionals to see us through and there just isn’t. He found that to be very alarming.”