'I was grounded from my airline job by Covid, so became a drag queen instead!' - The Guide Liverpool
Contact Us Advertise with The Guide Our Video Services Follow us:

‘I was grounded from my airline job by Covid, so became a drag queen instead!’

As cabin manager for an airline, Covid meant Tayler Spruce has spent the past 18 months pretty much grounded by travel restrictions.

But while he’s not been able to fly as usual, the 26-year-old has found another career that’s taken off.

Tayler has become a drag queen, creating a new stage persona – Steph Ball Change – in lockdown and performing live for the first time in front of an audience.

Steph Ball Change made her debut on a drag show at Punch Tarmey’s in the Baltic Triangle and Tayler says the response was so encouraging he’s planning to keep doing shows even when he’s flying full-time again. 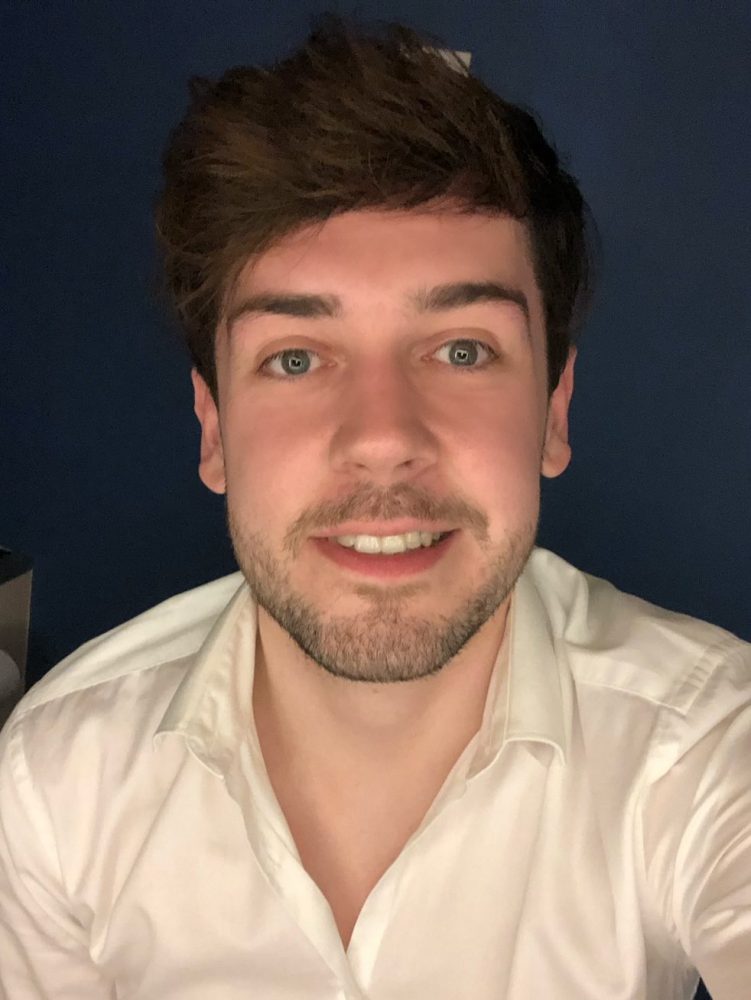 “I didn’t start to get out there and make money from it, I just wanted to have fun and as long as that keeps happening, I’ll keep doing it,” he says.

“It’s an escape, it really helped me get through lockdown having that outlet and drag is for everyone, that’s why I liked doing Punch Tarmey’s because it was more accessible for people who might love Drag Race but wouldn’t normally go out in the Gay Quarter.”

Although he’d done a bit of drag before at Pride, Tayler had never really taken the time to create a character until Covid hit and he suddenly found himself at a loose end. Then he took the opportunity to get productive and use his artistic skills in a new way.

“I’ve been watching Drag Race probably since about season 7, so for at least five years, and I’ve always been a massive fan. 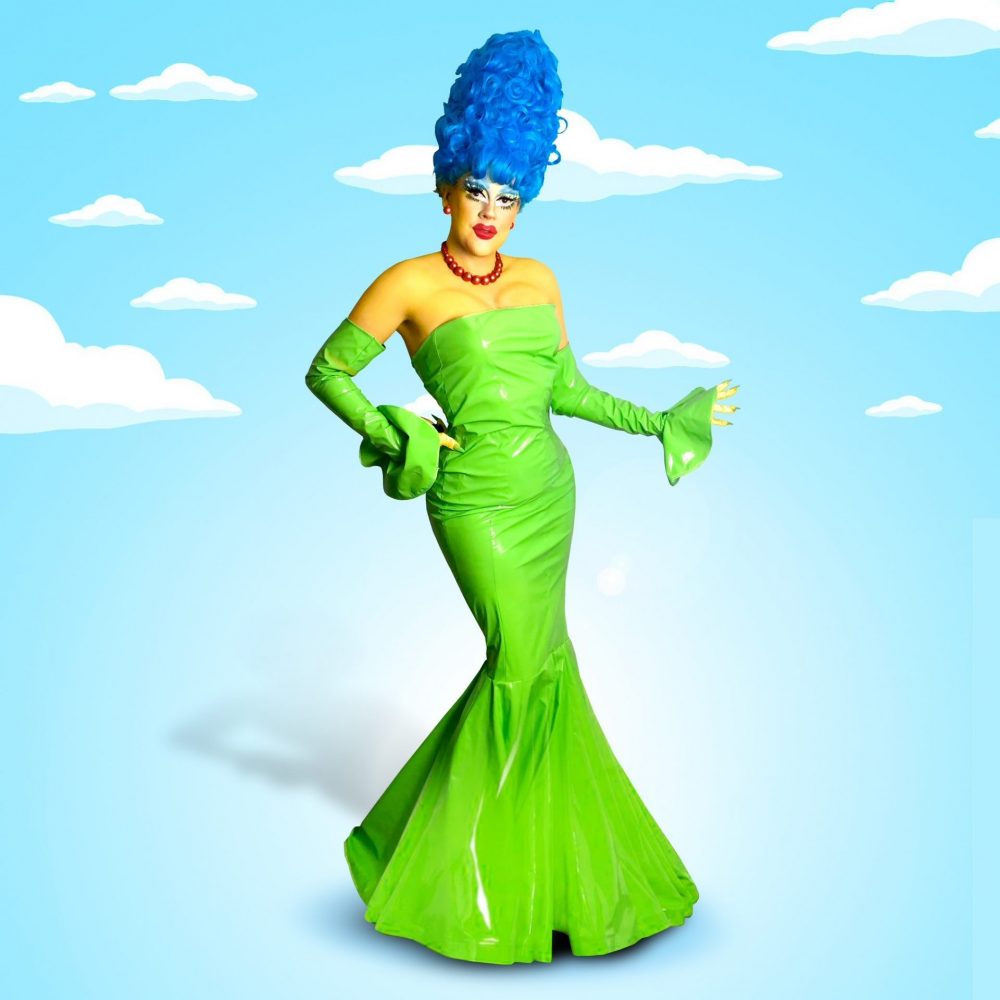 “There was an episode of The Simpsons a few years ago that had Ru Paul in it and because I’m an artist I thought it would be a fun idea to do the winners of Drag Race as Simpsons characters. I did that and they were really popular on Instagram so I ended up drawing every single queen from Drag Race as Simpsons characters, all of the US and then UK as well, so at least 150 drawings.

“The queens started seeing and sharing them and I got an Insta following from that.

“In lockdown obviously travel stopped unexpectedly and luckily I was furloughed. I moved from the Baltic where I live back to my mum’s in Widnes and suddenly I had lots of free time and an empty garage to work in. 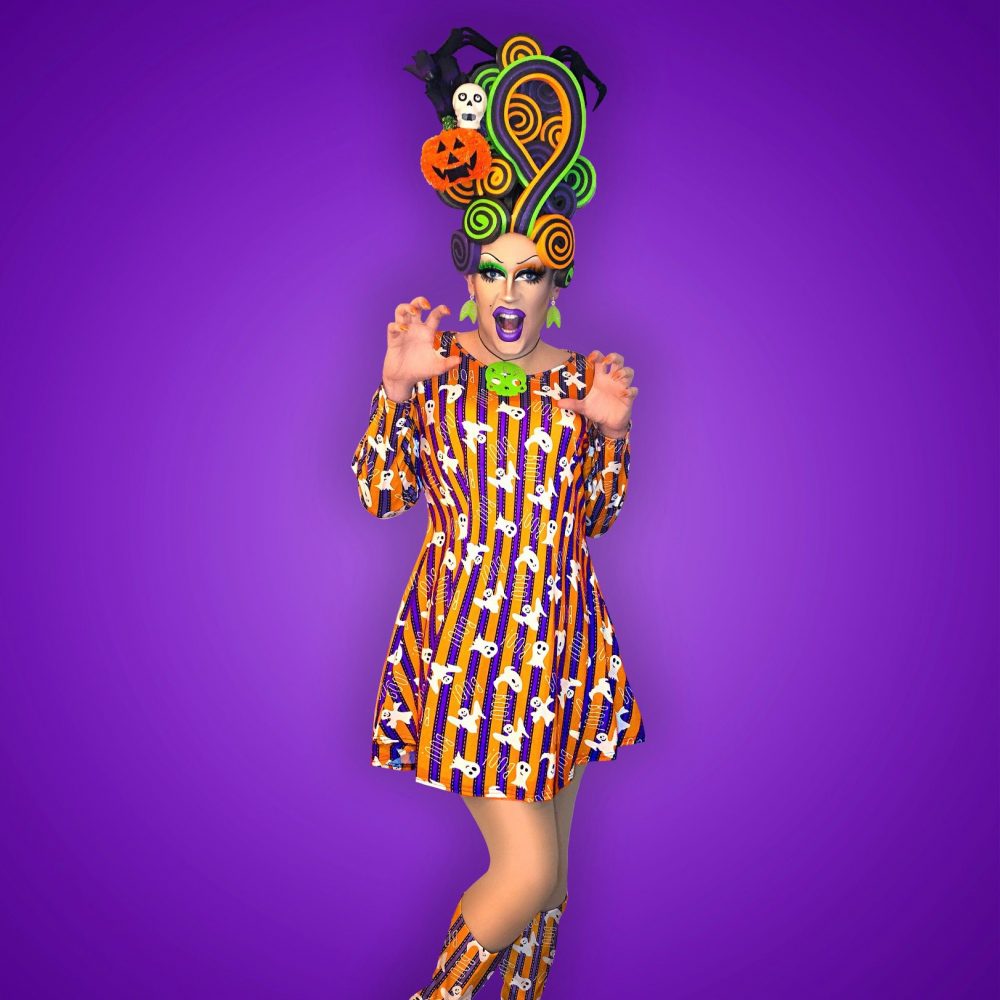 “I love the musical Six and I really wanted to make my own version of the costumes so I just went online, Googled what I’d need, got some sewing materials and just went at it.

“Then I thought, who’s going to wear this? And Steph came from there.”

Tayler set about styling Steph to reflect his love of cartoon imagery and his own personality.

“I do a lot of amateur musical theatre with a group called Zodiac based in Frodsham so that gave me some performance experience and confidence, but I’d never been the leading lady before and I’d never had to do make-up like that before. 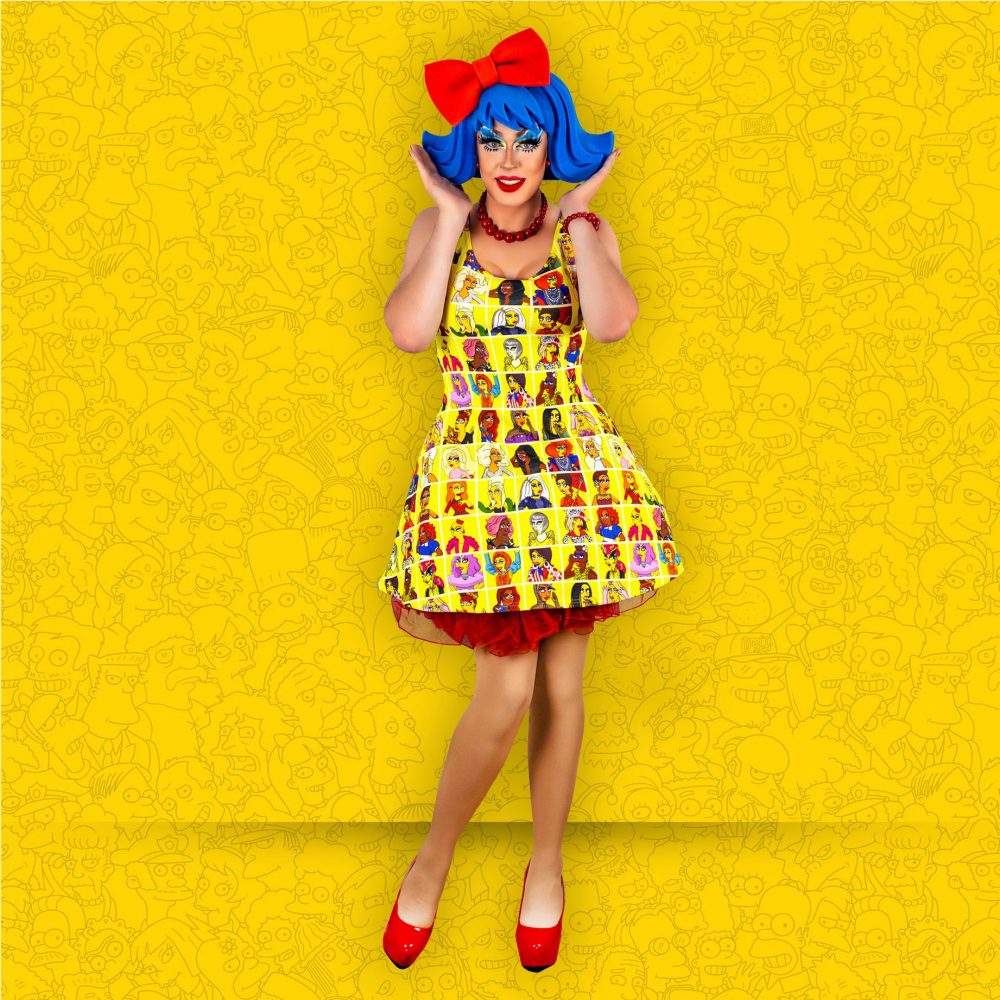 “A lot of queens lip-synch but I knew I wanted to focus on doing live musical songs and I just went on YouTube for different make-up ideas and techniques.

“At first I was following tutorials and then I started to learn what worked for my face and the looks I wanted so I kept adapting it.”

He’s stayed with his original concept of combining drag make-up with bold illustration, and there’s even been an homage to one of his original inspirations … Marge Simpson.

“I painted myself yellow and had a massive blue beehive! I had the gown made by a really good friend of mine, Athena, who’s a queen in Manchester and then I just used a lot body paint. It took about two hours to get it all on and it needed a very thorough scrub afterwards.”

Tayler admits he was terrified before going out as Steph for the first time on stage at Punch Tarmey’s, on a bill with three other drag queens and a burlesque performer.

“It’s such a different thing to performing as yourself, when you’re doing it in costume, with the hair and make-up, but having the four of us meant we could all do specifically what we wanted to do and we had so much good feedback.” 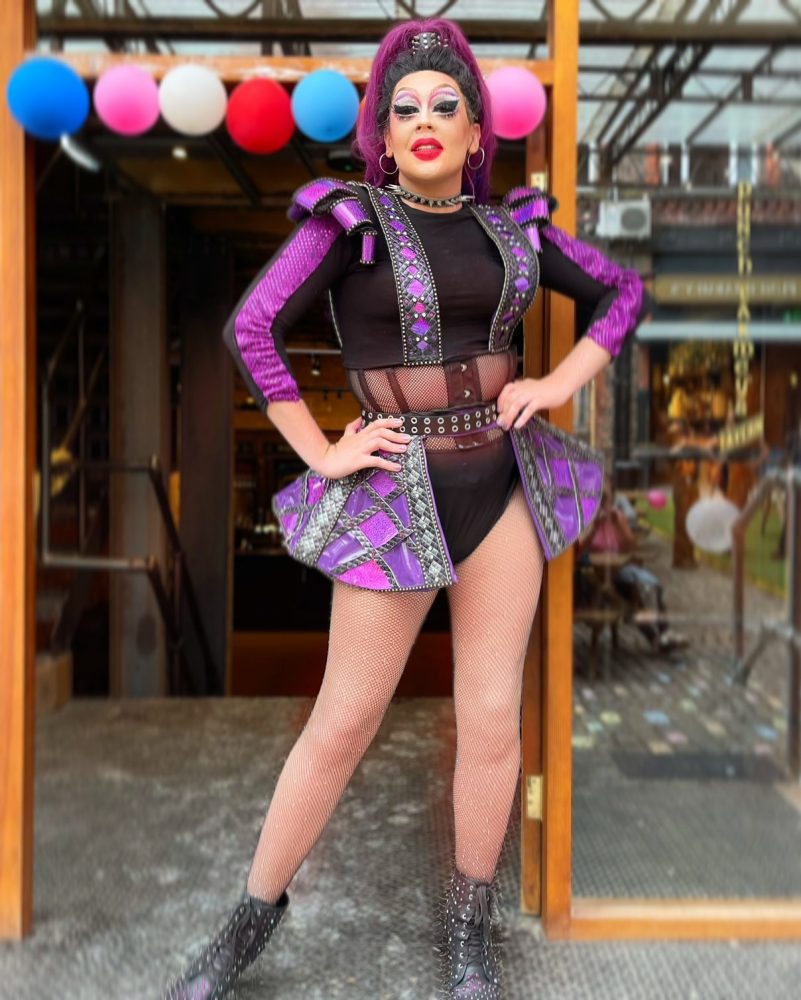 Tayler’s already working on his character for a big Halloween extravaganza at the venue, with more dates planned before that.

The experience, he says, has been an incredibly positive one. “I’ve had so much support from the incredible queens in Liverpool. They’ve been doing this for years and I look up to them so much because they’re all really talented. They’ve all got their own amazing looks and acts so I just wanted to find mine.

“There are so many great venues in the city, and all these amazing queens, so now they’re able to perform again after lockdown we just need everyone to get out, show their support and have a fantastic night.”