Images released showing what new Kirkby station will look like as £80m scheme gets underway - The Guide Liverpool
Contact Us Advertise with The Guide Our Video Services Follow us:

Liverpool City Region Mayor Steve Rotheram was on-hand this week to see work get underway on the £80m scheme to build a new station at Headbolt Lane in Kirkby.

Alongside representatives from the other partners involved in delivering the scheme, the Mayor saw earthworks taking place to prepare the site for the construction of the new station building, platforms and car park later in the year.

Additional works will also be taking place to install new bridges and widen the embankment of the line between Kirkby and the new station over the coming months.

“As a Kirkby native, I’ve heard talk about a new station coming to Headbolt Lane for as long as I can remember. Thanks to devolution, with more decisions being taken locally, we are finally going to make it a reality.

“In the last few years, working alongside Cllr Morgan and Knowsley Council, we’re delivering something of a renaissance for Kirkby after decades of private sector failure. From tens of millions of pounds invested into the Townie, to the construction of this new station, we’re giving local people a place to be proud of once again. 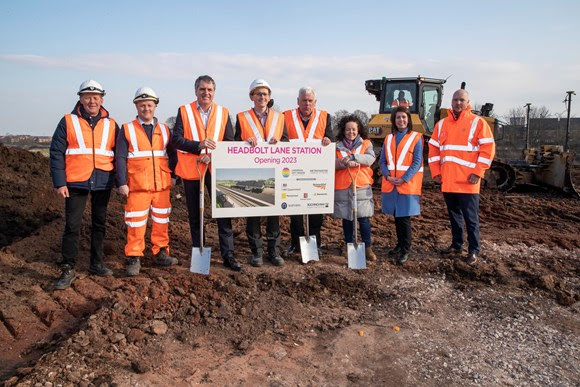 “The new station is another step on our journey towards my ambition of building a London-style transport system for our region. I want to make getting around as quick, cheap, clean and reliable wherever you live.

“Headbolt will be the first station opened under Merseyrail for All and I can’t wait to see local people – and our brand new publicly owned trains – bringing the station to life.”

The new station is a key part of Metro Mayor Steve Rotheram’s plans to deliver a London-style integrated transport system for the city region, which aims to bring together bus, rail, ferry and active travel in one simple, affordable and easy to use transport network.

It will also be the first new station opened since Mayor Rotheram unveiled Merseyrail For All, his proposals to expand the local train network through a combination of brand new stations in underserved parts of the region and by utilising new technology on the region’s new publicly-owned trains.

The new station plans include:

The full scheme includes the extension of the Merseyrail network beyond the existing Kirkby station and will see Merseyrail services run into the new station. Northern services from Wigan and Manchester will also operate to and from the new three-platform station.

Headbolt Lane will be the first station to benefit from battery technology on the new trains for the Merseyrail network, removing the need to extend the third rail beyond the existing Kirkby station. 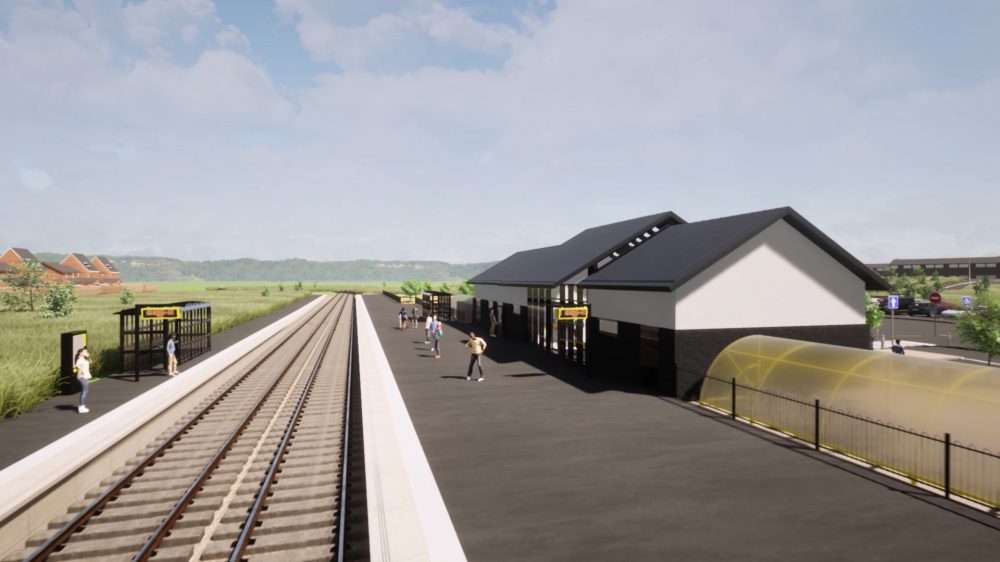 Residents will have a chance to speak to members of the project team about the scheme at a public drop-in event next week. This will take place on Thursday 17 March from 4 – 7pm at Centre 63 on Old Hall Lane in Kirkby.

The scheme is being delivered by the Liverpool City Region Combined Authority in partnership with Knowsley Council, Network Rail, Merseyrail and Northern. Funding for the scheme has come from the Transforming Cities Fund.

It is also designed to support future plans to build a new rail link to Skelmersdale, on which the Combined Authority is working closely with Lancashire County Council, West Lancashire Borough Council and Network Rail to support.

It is also aligned to Knowsley Council’s plans to improve transport access in the area for residents whilst also supporting workers and visitors to one of Europe’s largest employment sites – Knowsley Business Park. 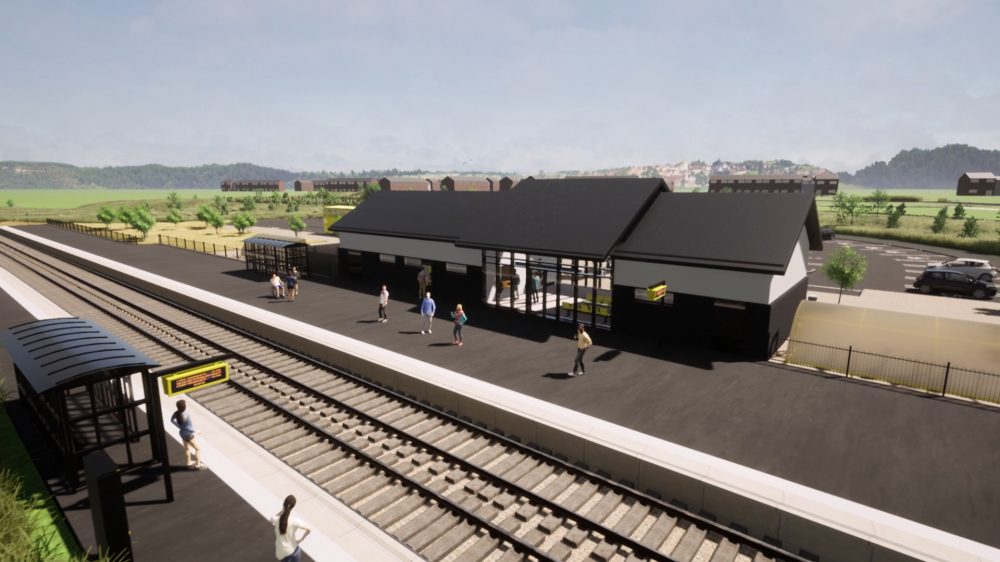 “I’m delighted that work on the new Headbolt Lane train station is getting underway. It will enhance transport options for people in the Northwood and Tower Hill areas of Kirkby and also improve access to the nearby Knowsley Business Park.

“The new station will open up access to places of education, employment and training for a wider number of Kirkby residents. These are exciting times for the town and support our ongoing commitment to the development of Kirkby.”

“We are delighted that once again the Mayor and the Liverpool City Region Combined Authority are investing in the rail network for the environmental and economic benefits it delivers for its residents.

“The brand new station at Headbolt Lane, which will boast modern, spacious and accessible facilities, will encourage people in Kirkby to get out of their cars and travel by train to employment and leisure sites within the City Region and beyond.” 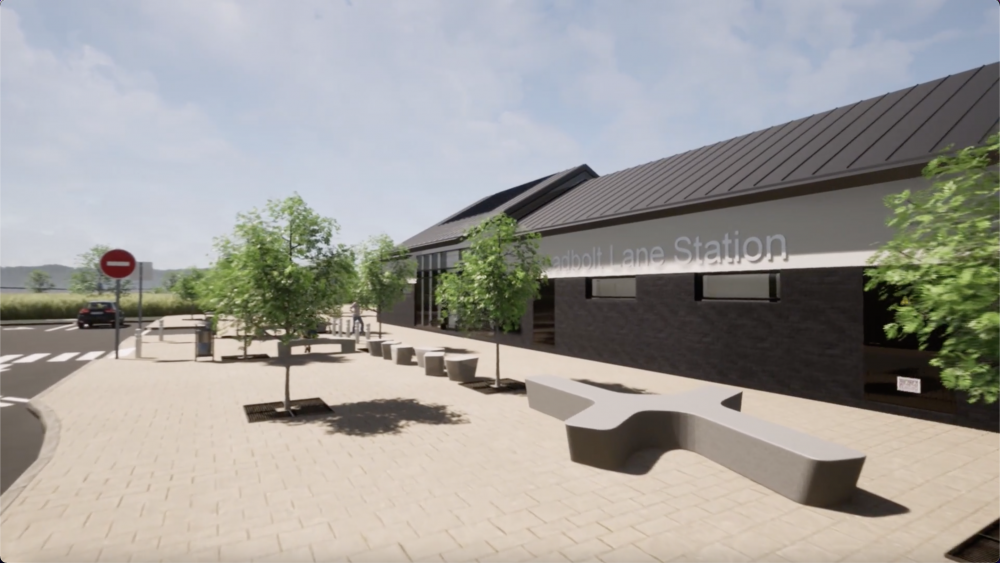 “It is fantastic to see work begin at Headbolt Lane station as we make steps towards connecting more people within the Liverpool City Region by extending the Merseyrail network.

“Working in partnership to deliver a railway that our communities can be proud of is our key objective and extending the network to serve new areas is key to this.

“We are incredibly excited to begin to serve customers at Headbolt Lane when the station opens in 2023.”