Imagine Our City without them! Everything you need to know about our beloved Liver Birds

They’ve watched over our city for more than 100 years and adorn everything from our footy kits to our own skin.

The mythical Liver Bird is a symbol of our city that on sight, makes us burst with pride. The majestic birds, known as Bertie and Bella, have stood atop of the Royal Liver Building since 1911, one looking out over the city, the other over the River Mersey. There are so many stories and legends about how they came to represent Liverpool, around the world and we can’t get enough of it!

Designed by Carl Bernard Bartels, the 18ft tall copper birds started life as Liverpool legends hundreds of years before they were made into statues to watch over us and our visitors. We’ve dug back through the archives and met with local historians to bring you 12 things you should know about our beloved Liver Birds 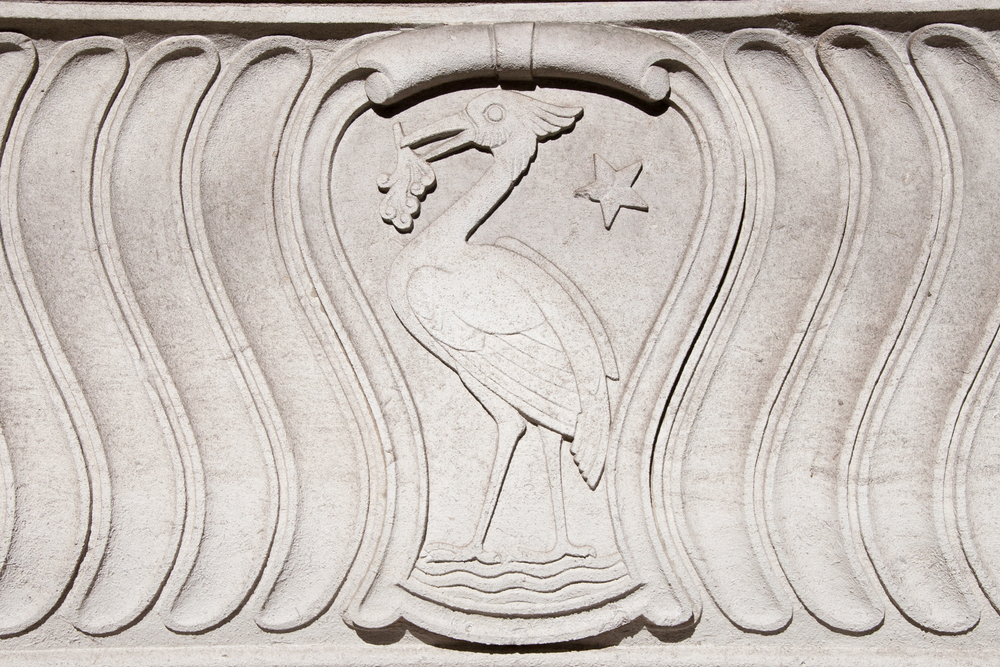 1 – The earliest mention of a bird representing our city can be found in a unique seal on official documents, granted by King Henry III in 1229. Cheers your Majesty!

2 – Jump forward 400 years and the Mayor of the city ordered new cutlery and so, in 1611, a Liver bird featured on official silver table wear.

3 – Our beloved winged beauties, said to be a type of Cormorant, have featured on Liverpool’s Coat of Arms since 1797! 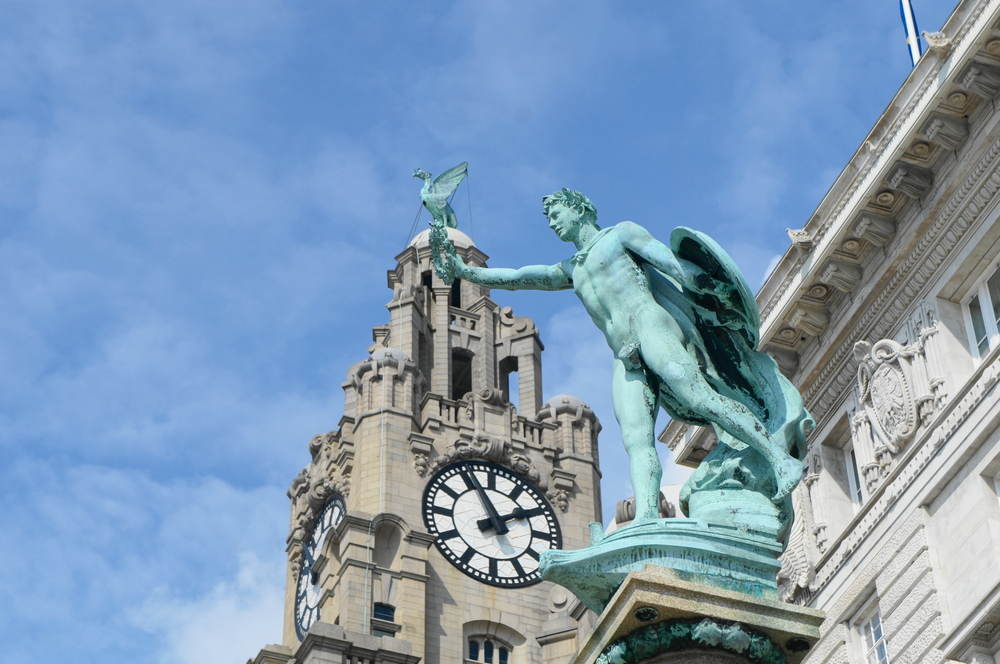 4 – Now they say 3’s a crowd and so Liverpool’s secret 3rd Liver Bird, which is known as the Mother of it’s Royal Liver Bird neighbours, sits on top of Mersey Chambers, just across The Strand at St Nick’s Churchyard.

5 – There’s more than just three Liver Birds to see in the city. There’s rumoured to be hundreds of them as our symbol of pride runs through the city buildings, new and old. From the new main stand at Anfield to the Queens Way Tunnel and Cenotaph, if you look closely, you’ll see birds carved into stone work, walls and even our lamp posts. There is an 18ft tall replica of a Liver Bird at the Museum of Liverpool, it even looks out towards the original Bertie and Bella across the Pier Head and is a great place to take a pic.

6 – St George’s Hall, another iconic Liverpool building, showcases our symbol of civic pride from floor to ceiling. Liver Birds appear on the stunning Minton tiled floor of the Great Hall, only uncovered for short periods of time for public viewing, and in the wall and ceiling decorations throughout the neoclassical building.

7 – Liver Birds, Bella & Bertie are famous the world over and are worn close to the heart of all the LFC players, staff and fans too, a true mark of pride and a reminder that we will never walk alone. 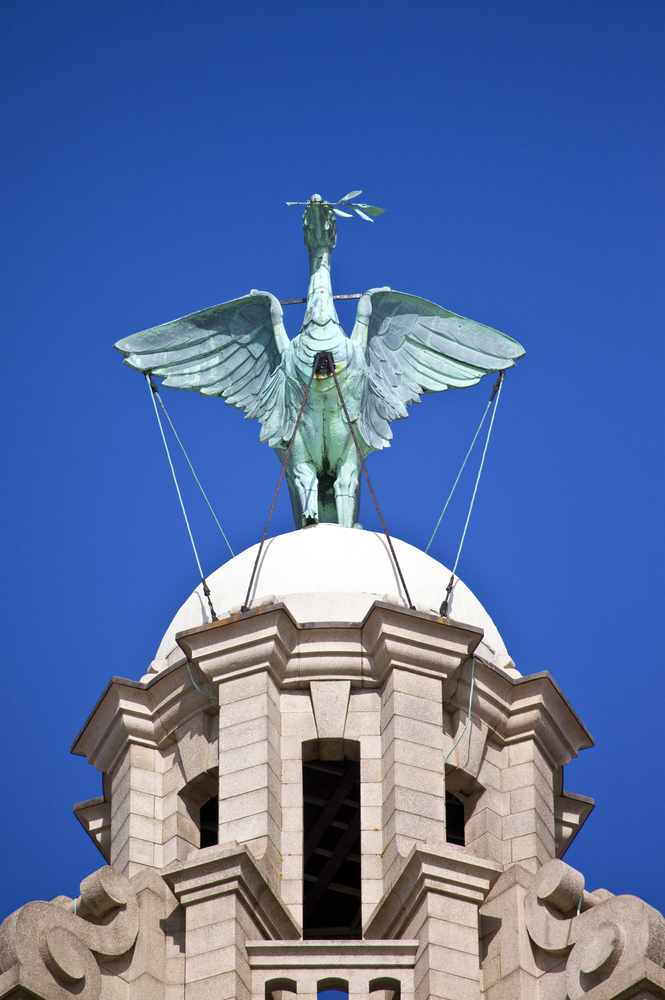 8 – The Legend. There are many variations of the Liver Bird Legend, the most common being that if one of the birds flew away, the city would exist no more. Another tale states that the River Mersey would burst its banks and flood the city if the birds broke free. Other’s say Bertie looks over the city to watch over families, while Bella watches for Sailors coming home, so it’s no surprise that we’re all about providing for our families in Liverpool.

9 – Our Liver Birds have even influenced popular culture. There are countless books about them including children’s book, The Story of the Liver Bird by Rick Myers, and of course, the brilliant 1970’s, award winning comedy drama ‘Liver Birds’ penned by Carla Lane and Myra Taylor. 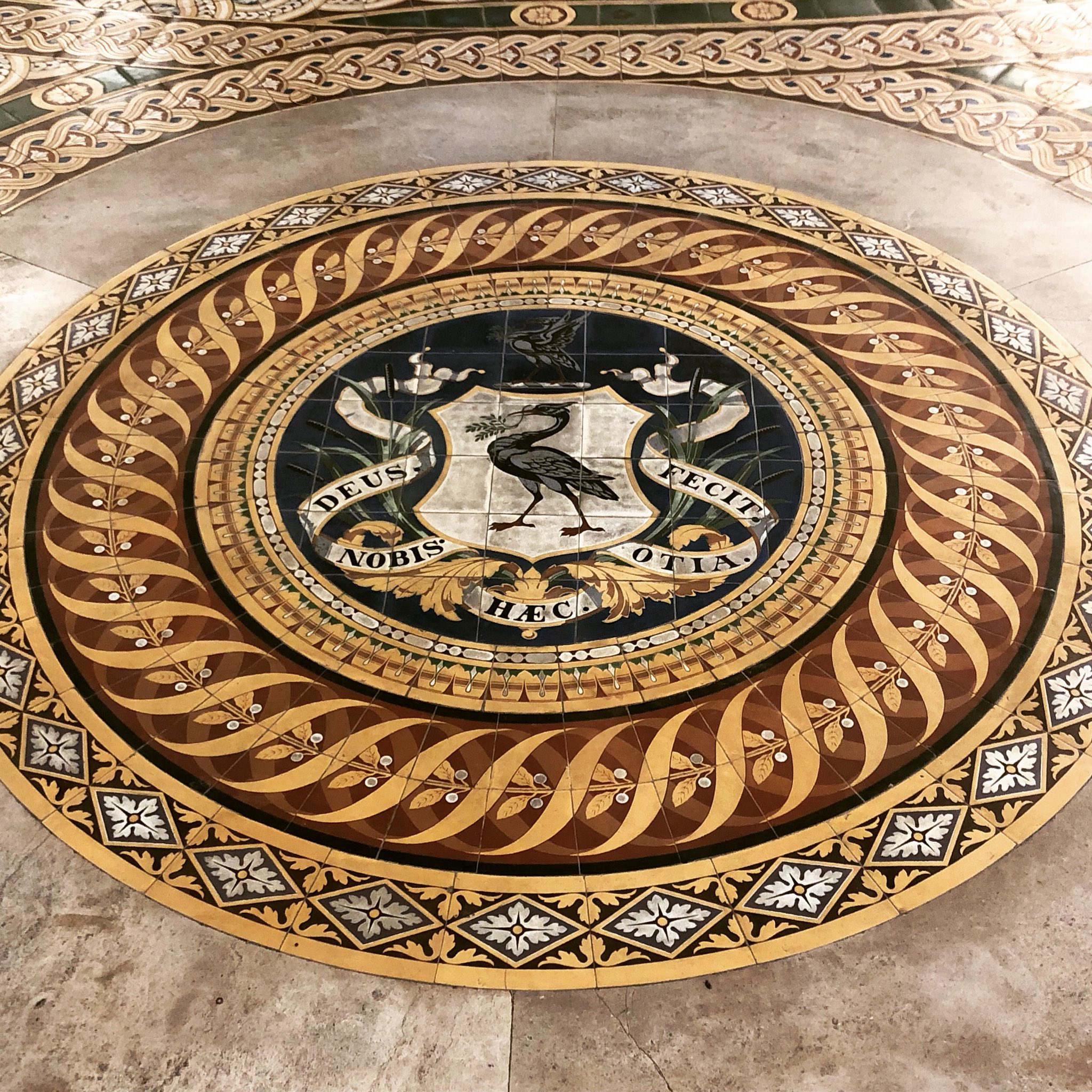 One of the many Liver Birds featured on the incredible St. George’s Hall tiled floor.

10 – From one Liverpool legend to another. The late Sir Ken Dodd unveiled the beautiful Liver Bird statue at Central Station in 2017, placed to welcome visitors to the city centre, and bid them a safe onward journey too.

11 – You can even have a Liver Bird of your own at home thanks to designer, Rick Myers. The city’s museum shops and www.spiritofliverpool.co.uk stocks the classic bronze effect, 26cm statue that comes in a traditional packing box, similar to those used on the docks where the original birds stand watch.

12 – Not content with owning our own, you can be a Liver Bird too thanks to Liverpool Artist Paul Curtis. In 2017 he unveiled the stunning wings mural on a Jamaica Street wall in the Baltic Triangle. ‘For All Liver Birds’ has become a photo hot spot in the city. 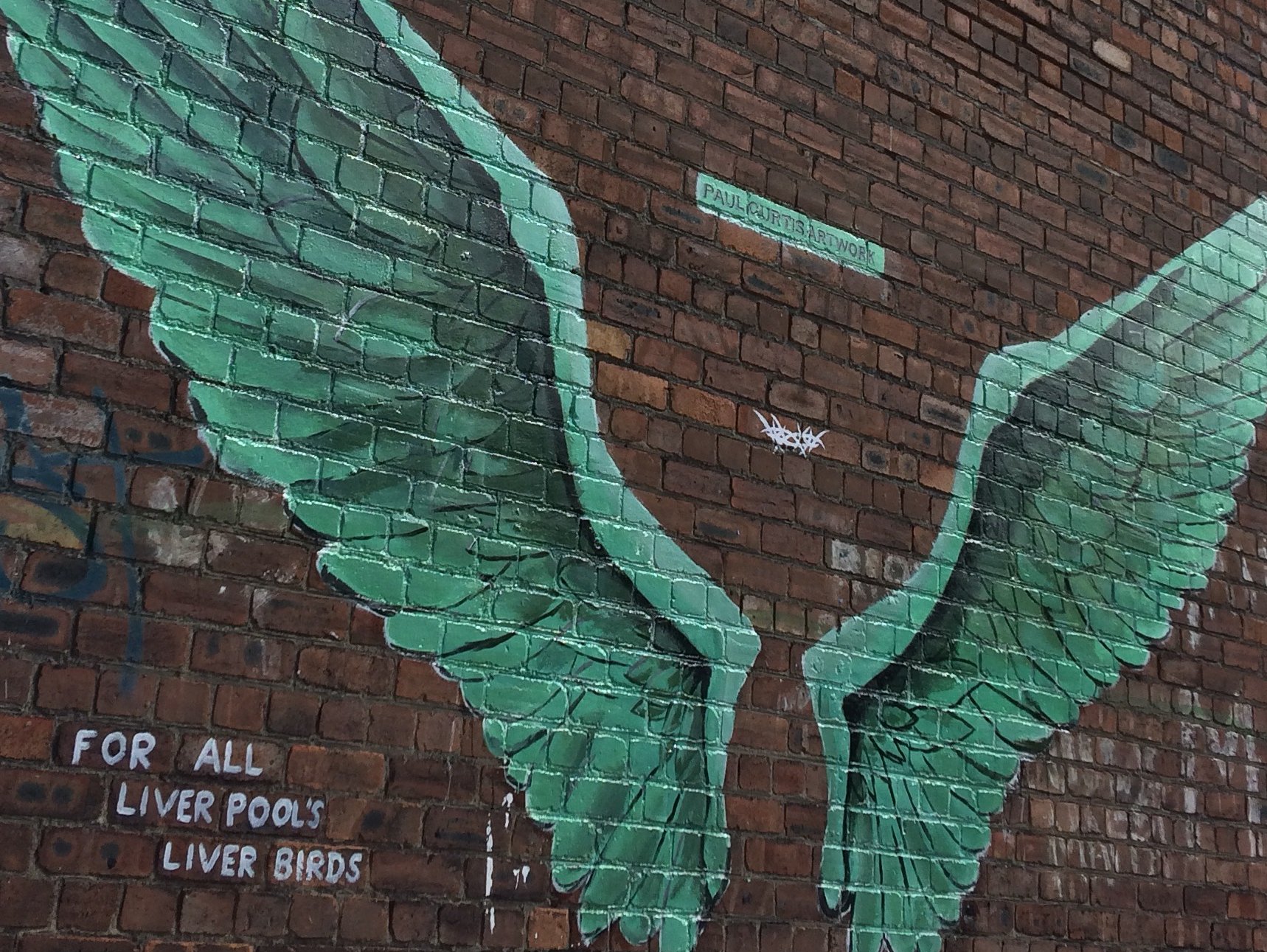 Whether you’ve had your pic taken on Jamaica Street yet or not, the Liver Bird is part of us all. Liverpool born and bred or scouse adopted, we all know that special shade of copper green and why the sight of these majestic birds makes us burst with pride.

Have you got your own Liver Bird story or fact to add to our list? Do you know a story about the mythical birds? Drop us a line on Twitter, Facebook or tag us in your Liver Bird pics on Instagram and we’ll share the best on our socials.