Injury ended this Liverpool man's football career, but boxing saved his life - The Guide Liverpool
Contact Us Advertise with The Guide Our Video Services Follow us: 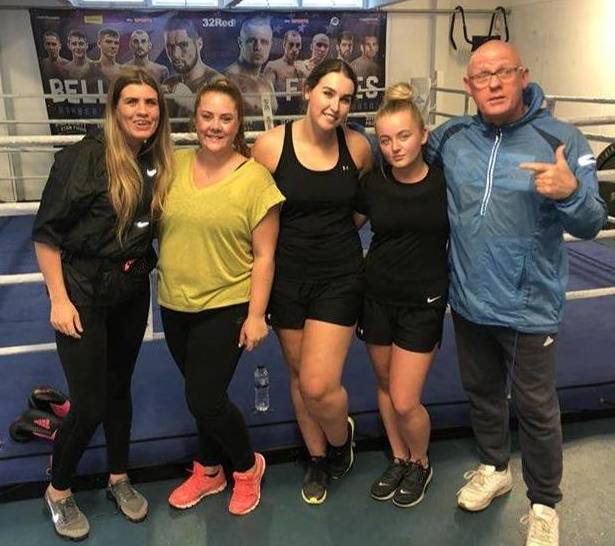 “I felt like my life was over until a pair of boxing gloves gave me the courage to fight back.”

When injury ended his football career Michael Fielding fixed himself before helping hundreds of others fix theirs.

It was seeing a pair of boxing gloves hanging out of a young boy’s bag that made Michael Fielding fight for a life worth living.

Until that moment he’d gone from one dead end job to another, content to spend almost every afternoon and evening drinking in the local pub – but that pair of gloves led him to a boxing gym that rang the bell for a new start.

“I had no direction, I was angry and I had even contemplated ending it all at 30,” he says. “But from that moment I started turning things around and, with help, fixing myself.”

Almost every year since he has done the same for hundreds of others.

Michael, 53, from Stockbridge Village, was awarded the MBE for services to the community in 2010 and he has continued to work to make other people’s lives better.

“I have an empathy because I can understand people who find themselves in a dark place. I’ve been there,” says Michael. “I don’t see what other people see in me but I’m trying to be a better person every day and show people that there’s always a bit of light.

As well as working full time for CGL (Change, Grow, Live) in Knowsley which helps and supports people in a wide variety of areas including health and wellbeing, substance abuse, mental health, domestic abuse and homeless; Michael has set up Flourish and Succeed, a community interest company which helps people with physical and emotional issues and has developed the Buffalo Mindset Program which, again, helps people to combat and conquer problems and develop a positive mindset.

He can often be found leading a group of 60 women up a mountain in the Lake District or taking a boxing session in the gym as he helps them tackle the things that are affecting and even ruining their lives.

“People ask me why I do it and it’s because it makes me feel good. I say to people, if you were drowning in the Albert Dock and I threw you a rope, would you catch it? That’s all I’m doing – throwing a lifeline and pulling people in.”

Over 20 years ago, though, it was Michael – known locally to everyone as Tosh – who was sinking.

One of five children he’d signed for Everton FC after leaving school, winning the FA Youth Cup with them, before playing professionally Barnsley.  When injury ended his career at 21, he worked as a roofer with his dad before landing a succession of dead-end jobs.

“I didn’t know where I was going either in or out of work. The culture was to go to the pub after work and between the ages of 25-30 especially I was in a blur.  I ended up going through divorce and living in a flat on my own…my family was worried about me and I even considered ending it all.”

Everything seemed bleak, and it got darker still when Michael’s eldest sister Carol was diagnosed with cancer.

“She was the person I turned to, always helping others and she had such a direction in life, while I had none.

“It was after she was diagnosed I saw the young boy, walking to the boxing gym with his dad, and I followed them in– to Stockbridge Amateur Boxing Club. I broke down inside because of my sister and because I had nowhere to go and the owner Mr Springs told me that instead going to the edge and throwing myself off, I should go back there.

“It was another turning point.  Unfortunately, Carol died at 34 when I was 33, but when she died I saw the community coming together to pay their respects. She showed me at her funeral how valued it was to help those around you.”

Michael was helping young boys in the gym and was becoming someone others looked up to and, though he says his passion for fighting died with Carol, he continued to help others. He did a mentoring course for Knowsley Council, followed by a counselling course on addiction and bereavement.

He got his first job with Road to Work in North Huyton, helping young people into jobs and apprenticeships, a task others were doing all over the UK, but only his succeeded. “I was asked how I had done it, and I said ‘I made them matter’. People matter.”

Michael then became an advisor for Knowsley Works, Knowsley Council’s agency to help long term unemployed find their vocation and get into work – the role for which he was awarded his MBE because of the difference he had made to people’s lives – followed by other roles before arriving at CGL.

But away from work he continues to help others. With the help of his partner of 15 years, Shelley Traynor, he started Flourish and Succeed four years ago offering physical and mental fitness classes, and courses to improve confidence, work towards goals, and wellbeing and mindfulness.

That led to a host of events to help them and help others, with charity walks by its boxing and fitness class members, and family walks, bike challenges and 10K runs to get people in the community together and help them develop a positive mindset. To the latter end he also developed the Buffalo Mindset program to offer extra support and a focus for those who needed it.

Almost every evening and weekend is taken up helping others.

Michael says: “If Carol hadn’t been diagnosed with cancer I don’t know where I’d have ended up – and if I could have changed places with her I would. But she helped me find my purpose in life and I’ll carry on doing what I’m doing.

“When I was 30, I was given a second chance. It’s something everyone deserves.”

Do you know an inspirational Scouser? Let us know on Twitter and Facebook and we could feature them on The Guide Liverpool.