Inspirational 80-year-old becomes Everton's first mascot for the 2020/21 season - The Guide Liverpool
Contact Us Advertise with The Guide Our Video Services Follow us:

An inspirational 80-year-old supporter became Everton’s first mascot of the 2020/21 season ahead of the Carabao Cup quarter-final against Manchester United as part of the Club’s Blue Crimbo campaign.

Technology-enabled Billy Culshaw to join the Everton squad as a virtual mascot for the cup encounter.

Taking part via Zoom from his home, Billy experienced the matchday build-up through a tablet that was carried onto the pitch ahead of kick-off by Dominic Calvert-Lewin. 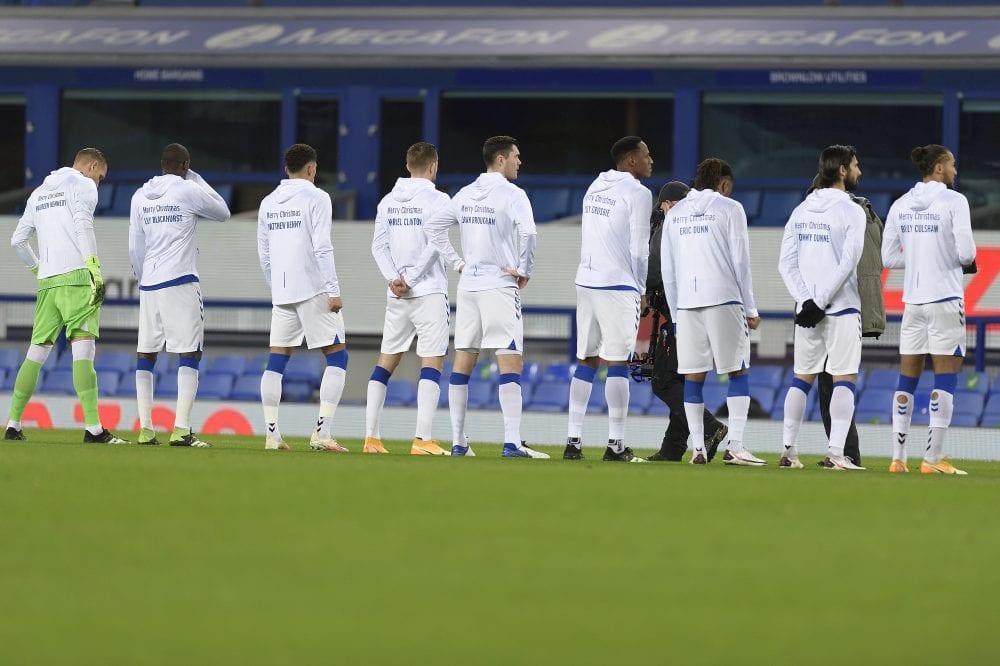 A participant on Everton in the Community’s Stand Together programme which tackles social isolation and loneliness, the charity has supported Billy following the passing of his wife Brenda due to underlying health issues during this year’s first coronavirus lockdown.

Along with Billy’s presence as virtual mascot, the entire Everton starting XI had the names of Stand Together participants printed on their walkout jackets ahead of the cup tie – with each jacket to be signed and gifted to the participants.

The activity was the latest in a series of Blue Crimbo initiatives focused on celebrating community heroes in 2020. 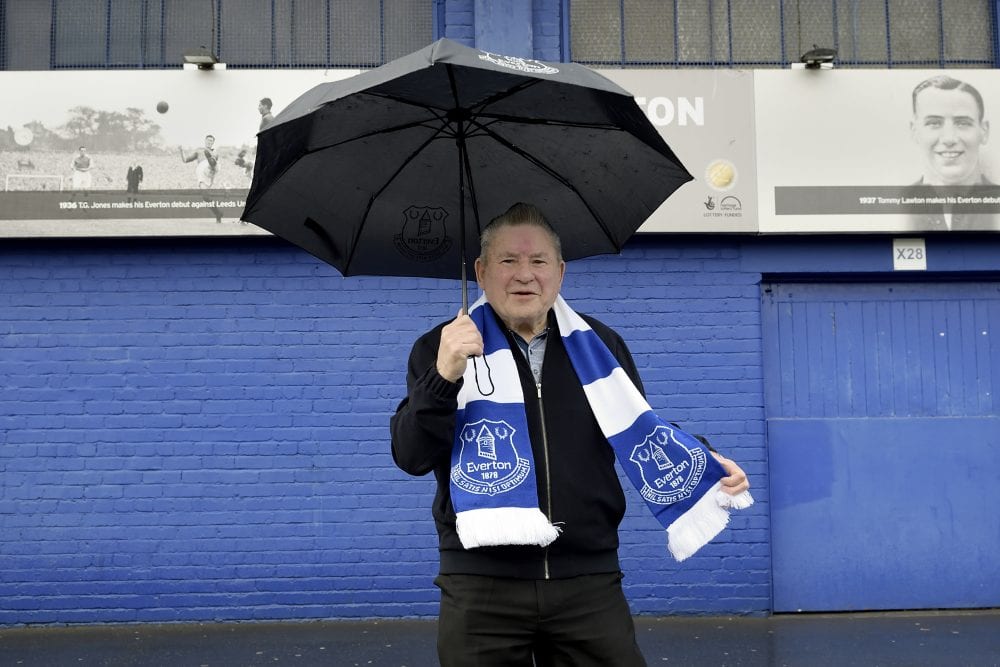 “Despite an incredibly difficult year, Billy remains positive and is a huge inspiration to everyone at Everton in the Community. He is very enthusiastic about helping the local community and never misses an online Stand Together session – as well as spending a lot of his time checking in with his fellow participants and encouraging them to get involved.

“It is wonderful that we have been able to celebrate Billy’s tenacity and courage during such an incredibly difficult year for him by giving him a matchday experience we hope he will never forget.” 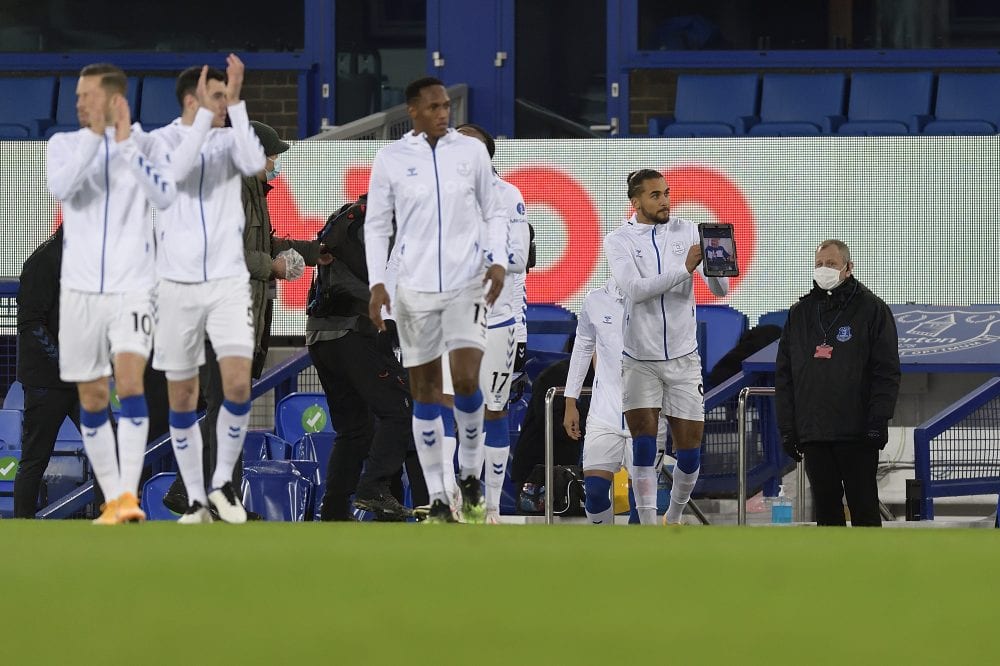 “It has been an honour to walk-out with Billy tonight and play our part in lifting his spirits as he spends his first Christmas without Brenda. I had the privilege of meeting both Billy and Brenda earlier this year at an Everton in the Community session and it was clear to see how special their relationship was and I hope we have been able to put a smile on his face tonight.”

Billy and Brenda had met Calvert-Lewin – along with Everton midfielder Tom Davies – when Prince William visited Everton in the Community’s Blue Base facility in January this year.

The 80-year-old charmed the guests with stories of his life working on the city’s bus routes after leaving the army.

The couple, who were married for 57 years and have two children, were regularly together at the charity’s sessions at The Blue Base where they made lots of new friends

And Billy credits the charity’s Stand Together group with helping him manage an exceptionally difficult period following Brenda’s passing:

“Losing my beloved Brenda has been extremely hard for me but thanks to Everton in the Community and the friends I have made there, I know I am never really alone. Although our Stand Together group hasn’t been able to meet face-to-face for quite some time, we still get together regularly via online sessions which have been a godsend to me as they help me keep busy and distract me from my thoughts.

“Brenda used to love attending the weekly sessions with me and a particular highlight of ours was meeting HRH The Duke of Cambridge earlier this year. I cannot thank Everton in the Community enough for the support and enjoyment that they brought into our lives and continue to give to me.”

Stand Together has continued delivering sessions throughout 2020, using online technology to maintain contact with participants. Friends from the programme also maintained regular contact with Billy. 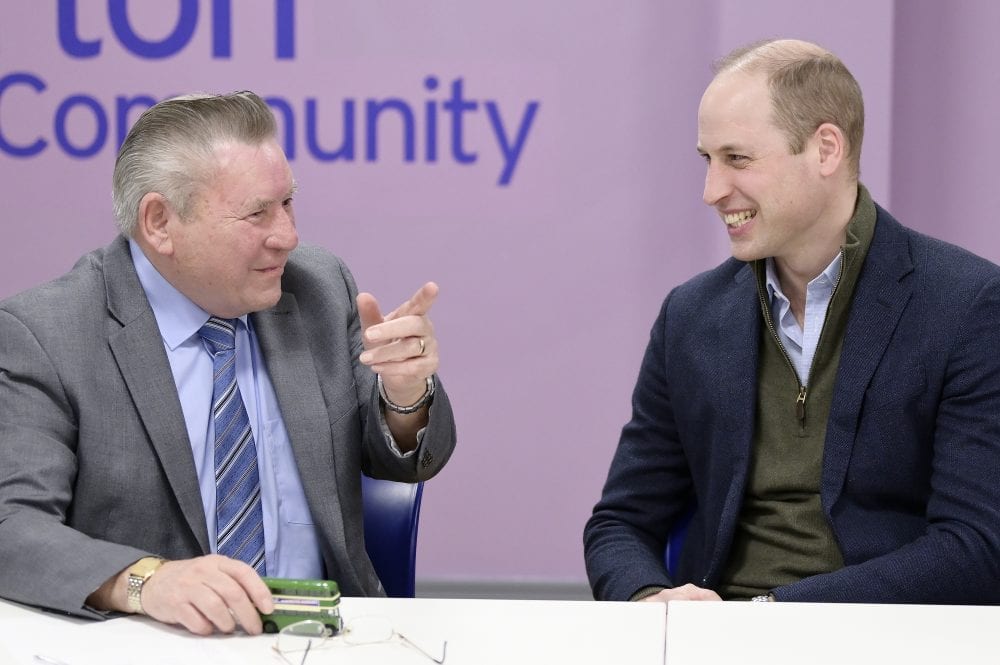 And Billy has reciprocated that support, routinely checking in with fellow participants and encouraging them to stay involved in the online sessions he never misses.

Find out more about Everton In The Community here.

MORE - Home Cook Liverpool at Christmas: 5 festive food recipes for you to try