Watch as we find out about the inspirational globe trail "The World Reimagined" - The Guide Liverpool
Contact Us Advertise with The Guide Our Video Services Follow us:

Steve Rotheram, Mayor of the Liverpool City Region, has launched The World Reimagined, a ground-breaking, UK-wide art education project aimed at using the story of the transatlantic slave trade to promote racial justice.

The project features ten large globe structures, created by artists, making up a free public art trail across the Liverpool City Region, bringing to life the reality and impact of transatlantic slavery and inviting the public to think about ways to make racial justice a reality.

The trail will run from this Saturday, 13 August to 31 October, with a walking trail of five large globes located around Liverpool city centre, with a further large globe in prominent locations in Halton, Knowsley, Sefton, St Helens and the Wirral.

There are a further 41 learning globes, created by 31 schools and ten community groups, which will be available to view at public locations across the Liverpool City Region.

The project has been brought to the region by the Liverpool City Region Combined Authority, as the main local sponsor.  The Combined Authority is working very closely with the region’s six local authorities and other partners including National Museums Liverpool and other cultural and community organisations, to deliver activities across the entire city region. 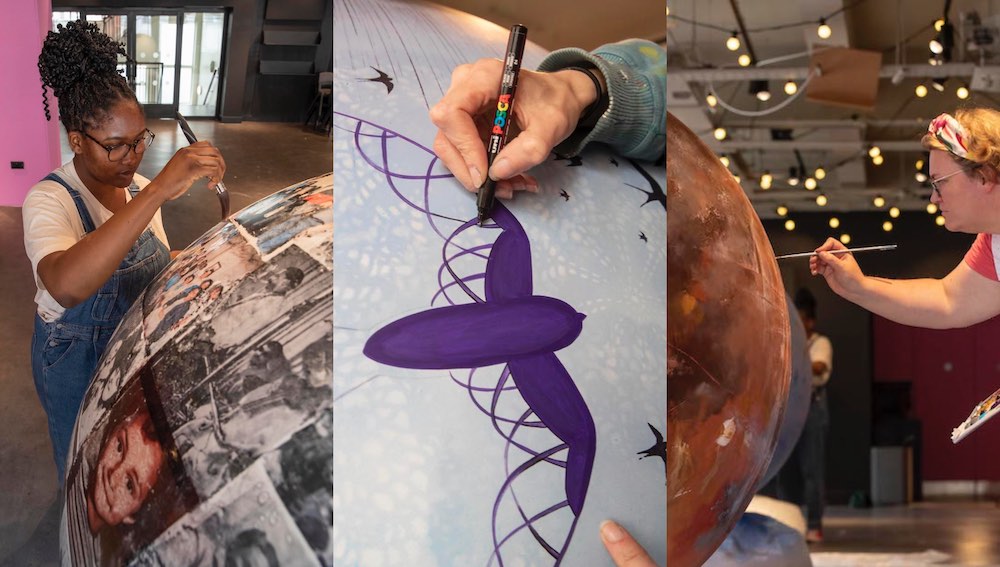 The ten large globes make up a route around the city region, listed below in the suggested order that people visit them:

“History gives us an opportunity to learn, to reflect, and to remember the lessons and mistakes of the generations before us – and ensure that they are never repeated. While it can be uncomfortable to face up to some of the darker chapters of our region’s past, it is vital that we continue to reflect on the whole of our history.

“Today, our region’s diversity is one of our greatest strengths – it enhances our culture, enriches our lives, and makes our area one of the best places in the country to live and work. While we’ve come so far on our journey, it’s clear that there’s still a lot of work to be done to tackle racial inequality. 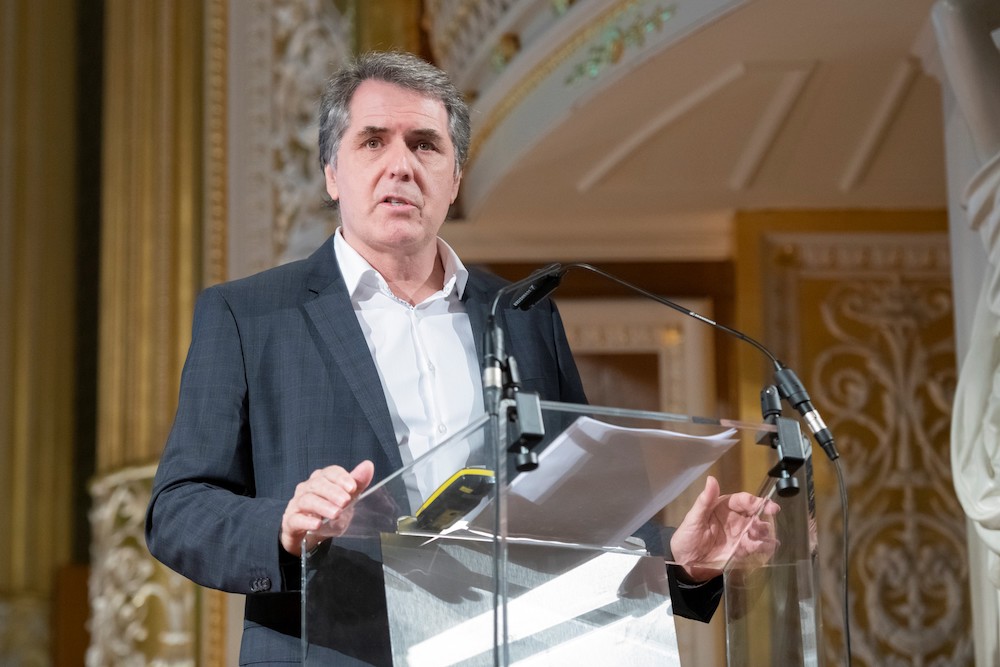 “More than 1.6m people call our city region ‘home’ – and I want to make sure that every single one of them has the chance to be a part of this important moment in our shared history. Each of our six boroughs has helped to bring The World Reimagined to life and it’s been fantastic to see how local schoolchildren and community groups have got stuck in..

“I think that this project will teach us about the past – and the future – of our home, and help to shape a better future for our city region – where no one is left behind.”

Commissioned artists have created thought-provoking globes responding to themes ranging from ‘Mother Africa’ and ‘The Reality of Being Enslaved’ to ‘Still We Rise’ and ‘Expanding Soul’.

The project forms part of the Liverpool City Region Combined Authority’s Race Equality Programme, which was launched by Mayor Steve Rotheram in 2020.

The wider programme also includes a Race Equality Hub which is being co-designed with the local community.  With ring-fenced funding of £3.2m, this is the region’s biggest ever investment in tackling racial inequality.

The region-wide trail will run from 13 August to 31 October and aims to provide an enjoyable and thought-provoking learning experience for people of all ages.

It will be the centre of a broader learning and engagement programme, with schools, community groups, and cultural institutions from across the city region taking part. 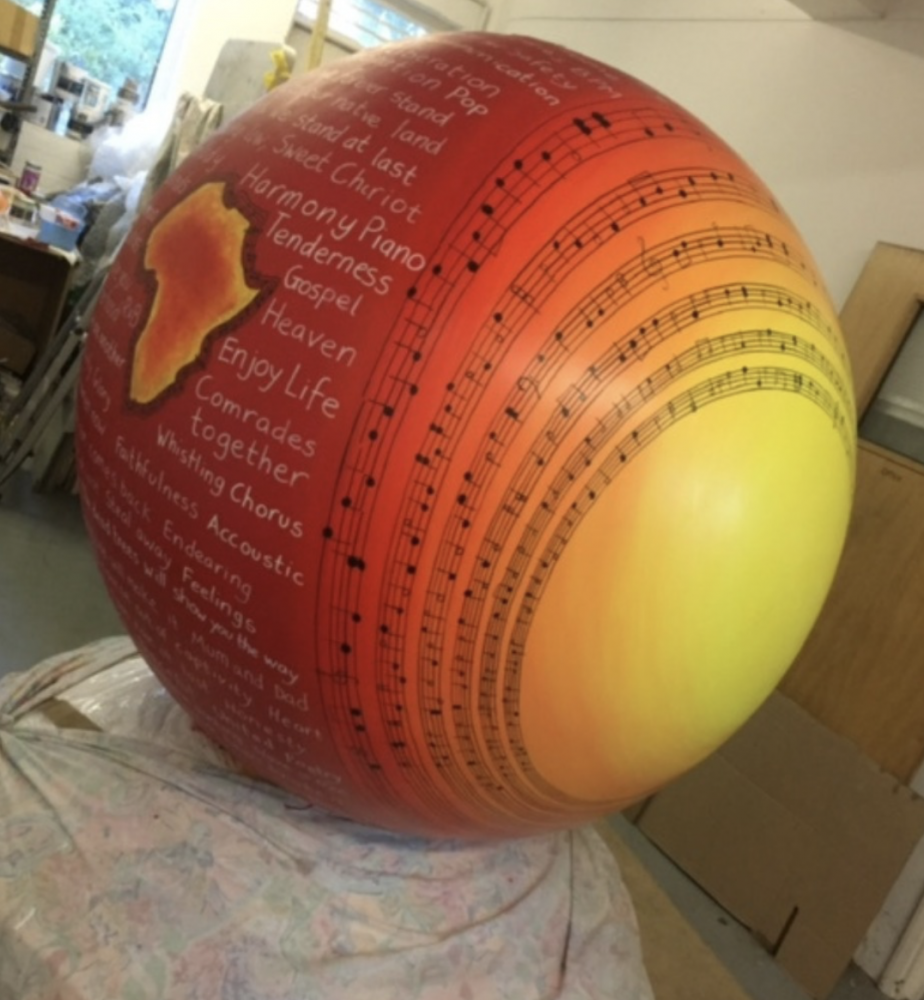 In addition to the larger globes, another 41 smaller learning globes will be created by 30 schools and 11 community organisations across the region.

Through the education and art programme, the project will be rooted in local schools and communities to facilitate dialogues around racial equality and justice and linked deeply to where people live.

“What is so wonderful about this project is that it has given opportunities for young and old alike to come together and learn from each other, not just about our history and its impact, but how we can make a difference if we work together with compassion and respect. The creativity that is represented on the large and smaller globes is stunning and I can’t wait for the whole city region to experience the trail and get involved.”

“It’s really exciting for the opening of this hugely ambitious and thought-provoking project to be upon us.

“The high-profile locations of these globes will ensure that the project reaches as many people as possible and should kickstart a public conversation about the legacy of our city region’s past and its continuing consequences today.

“It is also a celebration of creativity and the power of culture to challenge, entertain and educate.  I am quite sure that these incredible artworks will be a huge attraction for people from across our city region and beyond and would encourage everyone who can to get out and experience the whole trail.”

Liverpool ONE and the Liverpool BID Company are each sponsoring one of the large globes.

The globe sponsored by Liverpool ONE is being designed by Caroline Daly and will be located on College Lane. 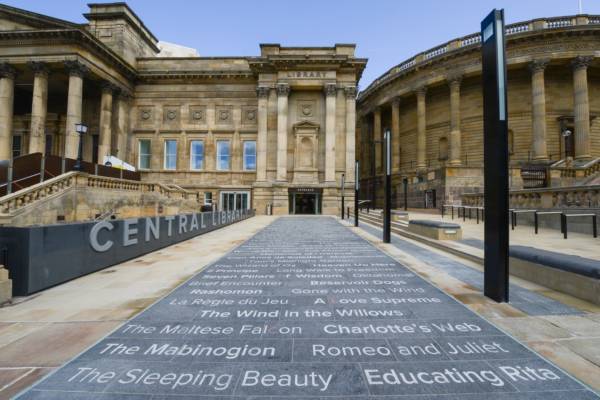 The Liverpool BID Globe will be located outside Central Library

The design responds to the theme “Stolen Legacy: The Rebirth of a Nation”, which shares the story of how Britain was transformed by the slave trade.

The globe sponsored by the Liverpool BID Company, which represents 1,000 organisations across the city centre, will be situated outside Central Library on William Brown St.

Based on the theme “Mother Africa”, it is designed by celebrated Barbados artist Ras Akyem.

Find out more about The World Reimagined here.