Jamie Webster tells us about his new single and how he hopes it will open people's eyes to the truth of the pandemic - The Guide Liverpool
Contact Us Advertise with The Guide Our Video Services Follow us:

Like most of us singer-songwriter Jamie Webster was frustrated by the lows of lockdown, but there was one ‘silver lining’ amid the gloom.

He recorded his second album at the famous Rockfield Studios where Queen recorded one of the most iconic records of all time: “It’s a working farm and I could see the stable block where Freddie Mercury put the finishing touches to Bohemian Rhapsody,” says Jamie. “I even had the same bedroom as him.

“Weirdly enough it didn’t add any pressure, although I did think that with all the albums that have been made there – Oasis and Bowie’s among them – I’d better come up with a good one!” 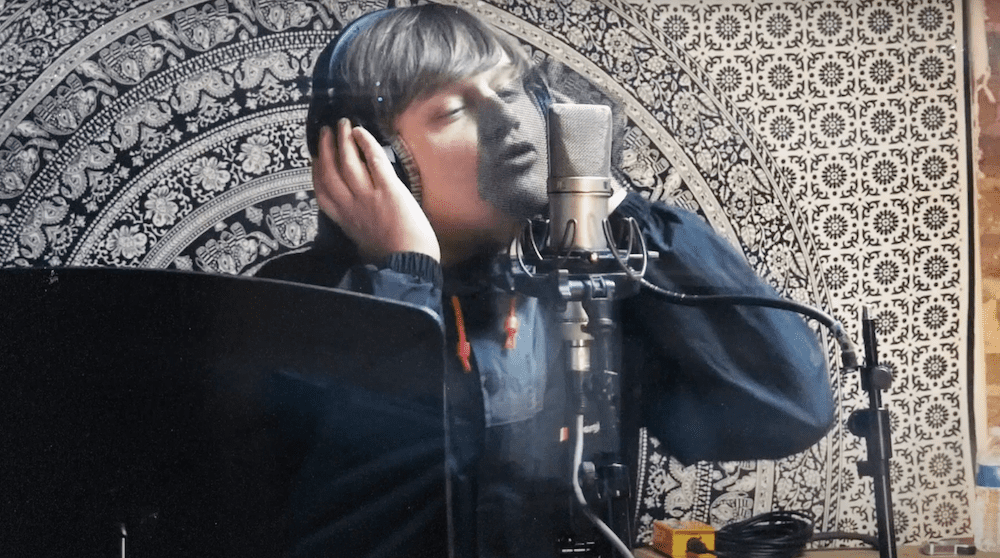 Under the guidance of Manic Street Preachers’ producer Dave Eringa, he’s confident he has: “Everything went smoothly. Me and the lads from the band were sleeping 15 yards from the studio, we were immersed in the music, and if I’d made a deal with the devil I couldn’t have produced an album as good as it is.

“It was unbelievable and one of the best experiences I have ever had in music. I am confident I have got myself a really big body of work in terms of what I think I have created.”

There’s still secrecy surrounding that second album and when it will be released, but the first taste of things to come will be revealed on Thursday (August 12) when Jamie unveils his first single of 2021, Days Unknown.

Unsurprisingly it’s been influenced by the pandemic and the effect it’s had on us all. For if Jamie is known for anything – other than those Liverpool songs like Allez Allez Allez – it’s his passion for social justice and having a voice that speaks out for the ordinary man.

Days Unknown is about the euphoria that might follow as life gets back to normal, but also remembering the questions that we had before and that we certainly have now.

“We all know why we have had it difficult over the last 18 months,” explains Jamie. “And I know as life slowly starts to return, it’s a joyous time, people are happy to have their lives back.

“But at the same time, we shouldn’t forget how badly this was all handled, how many lives were lost. 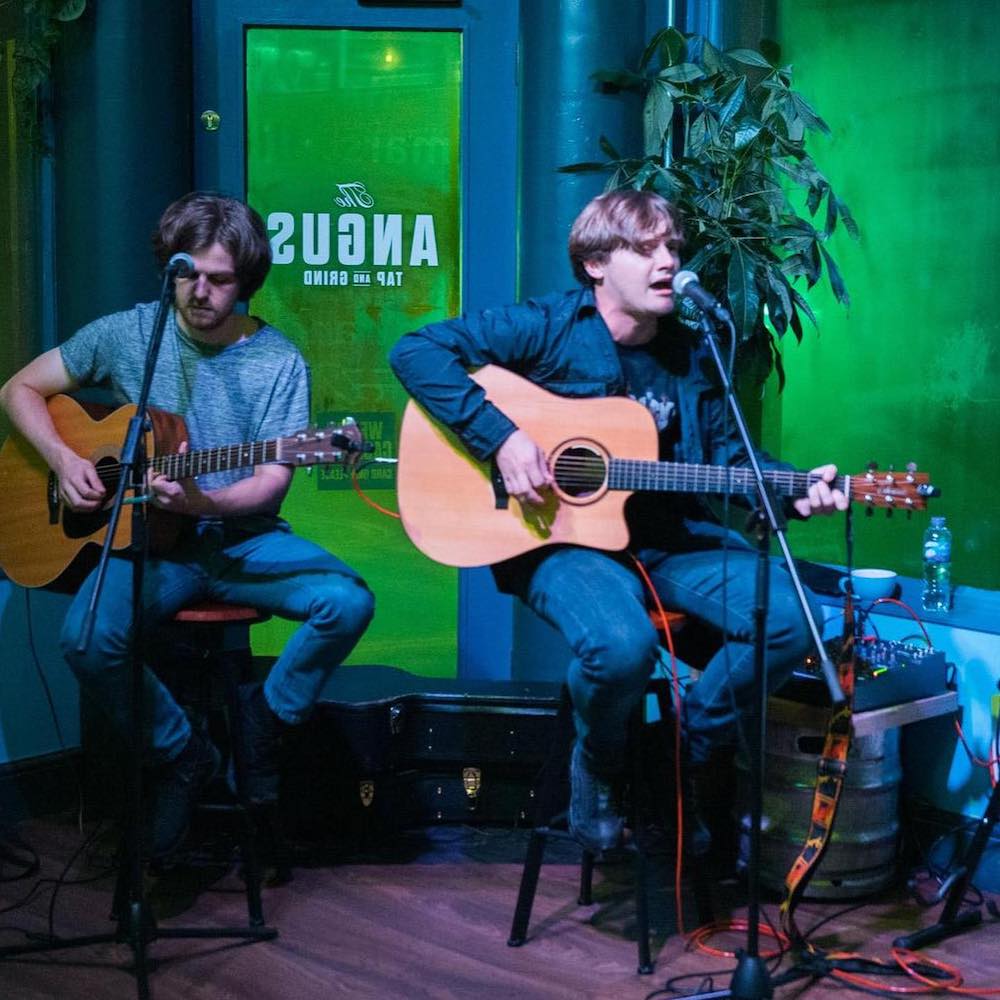 Jamie Webster playing at the Angus

“Was it really perfect before? I don’t think it was. And the message with Days Unknown is yes, take what you can from life, try to enjoy those moments – but they are few and far between with the way this country and the world is run.

“There are questions around the pandemic and life in general, questions which are still unanswered, and we shouldn’t forget to ask those as we get our freedom back.”

He goes on: “We need to let the powers that be know that their idea of life isn’t the one we have. One which takes a footballer like Marcus Rashford to make sure children get fed! I hope the song with reignite people’s conscience and spread awareness, and I’ll take delight if, after it’s released, people say it’s opened their eyes.”

It’s hard to know what came first for 27-year-old Jamie, the quest for justice or his music.

But the West Derby musician is clear: “As a young lad I loved music, and I wanted to do it on a massive stage. But I’ve definitely got more political the more I’ve seen.

“My first songs were all about holding onto childhood dreams but as a 16-18 year-old I got to grips with working class life, working on building sites as an electrician and mixing with people who had real problems.

“As a Liverpool football fan going to matches, I saw the injustice and heard it from the horse’s mouth.

“I’m fortunate that I’ve got a platform now. I feel strongly and I can make it known.”

Jamie feared in the early days of the pandemic that he might have lost his voice. He released his debut album, We Get By, in August last year. 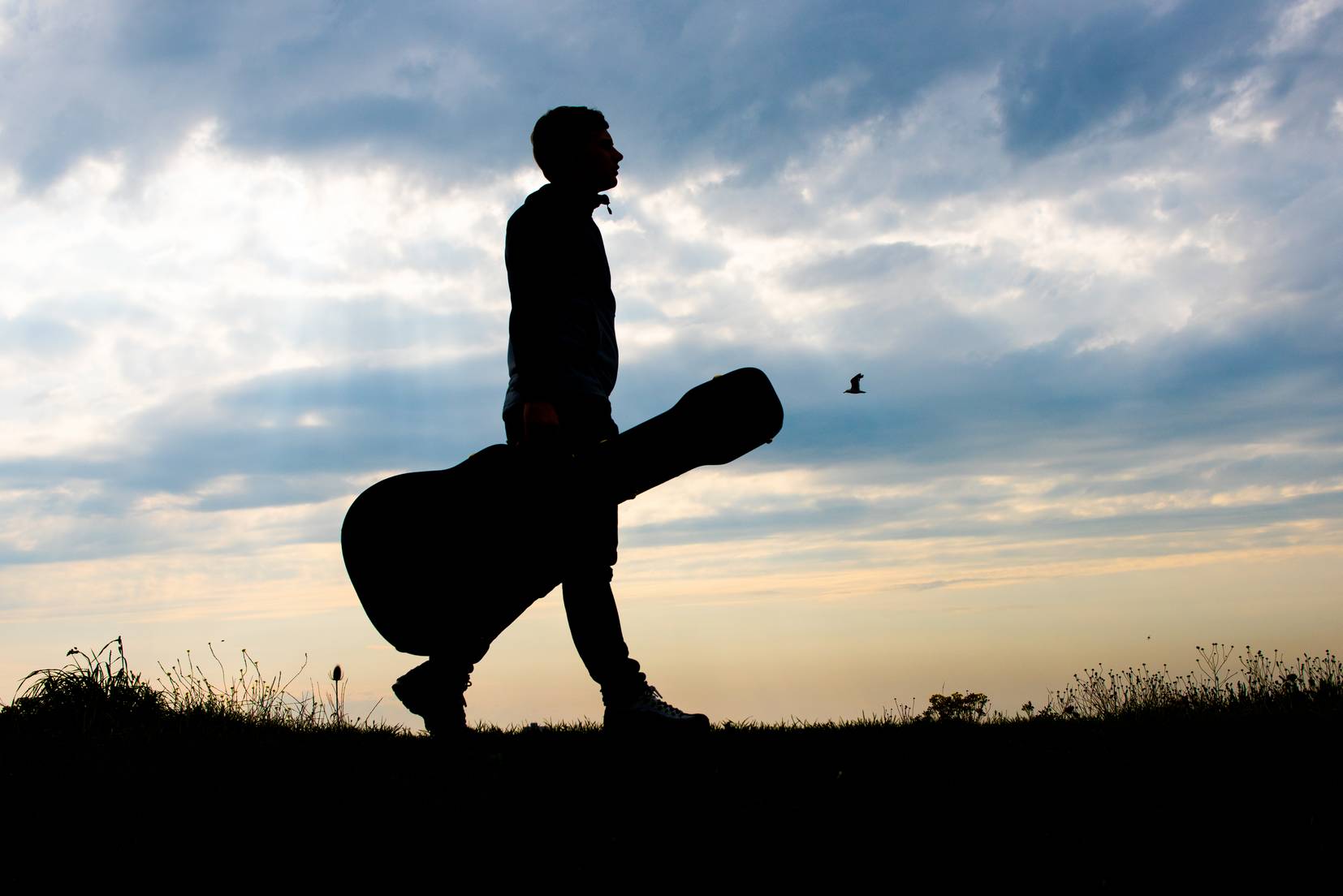 It charted in the top 10 of the official UK album charts and got a number 1 in the first ever folk chart but, after the initial hype and celebrations, everything went a little quiet.

“I spoke to people about the album and celebrated it and that gave me a purpose in the early lockdown,” he admits. “But then it was a difficult time. I felt all the build up and momentum was lost because I couldn’t tour.

“I felt a bit unlucky and there was a period where the wind was knocked out of my sails. But I don’t wallow and I put a positive spin on things, and I realised what will be will be. I got stuck into writing a new album, doing what I love and keeping the content strong. It gave me a purpose again and a vent for all my frustrations.

“I also listened to more music so I feel my writing has progressed.”

There are uplifting moments in the new album, and certainly for Jamie himself who saw good sales with the first album, and who bought a new home.

Now though, his eyes are firmly set on the future, with a tour planned from this month, including dates in his home city.

“I can’t wait to get out there playing again,” he smiles. “I am so grateful for everything I have done so far. Getting out and about and doing what I want to do, there’s nothing better.

“But once I’ve done something I want to do it again, bigger and better. I want more fans, new fans. I want to be up there with the best this city has produced, so with the unbelievable talents we’ve had, I’ve got a lot of work to do – but I’m enjoying the challenge.

“I am happy and content and looking forward to the future.”