Jodie Comer dedicates her Killing Eve BAFTA win to her Nana Frances - The Guide Liverpool
Contact Us Advertise with The Guide Our Video Services Follow us: 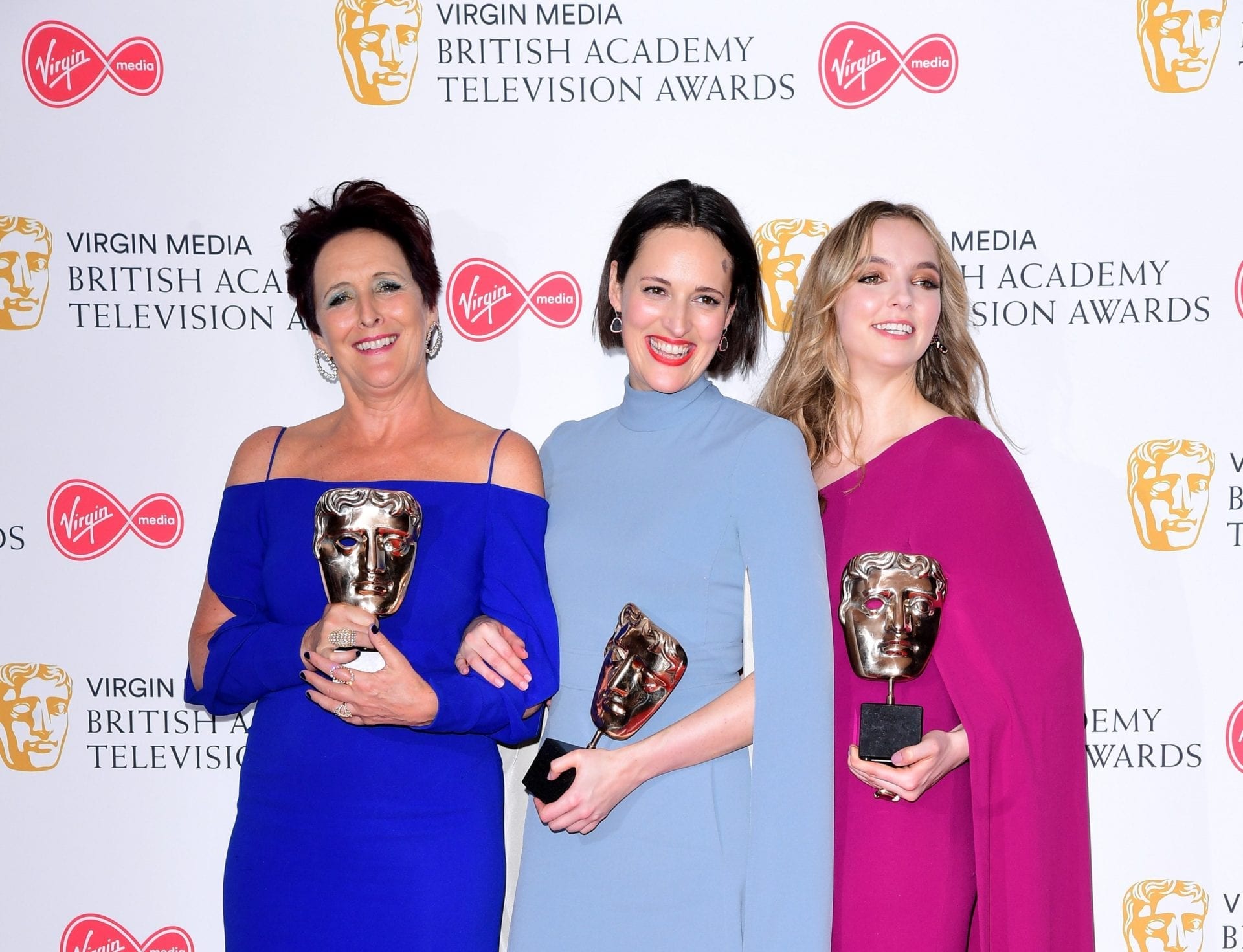 The Killing Eve actress shed tears as she collected her Best Leading Actress Award among a haul of gongs for the BBC One comedy thriller.

Killing Eve has triumphed at the TV Baftas, with its star Jodie Comer shedding tears as she was named best actress.
Comer, 26, who plays assassin Villanelle in the hit thriller, shook off her cold, screen alter-ego to turn on the “waterworks” on stage.

She beat co-star Sandra Oh – who plays the operative on a mission to catch her –  to the gong. Jodie said:” Thank you so much, sorry I’m the only one who’s turned on the waterworks.”

She dedicated the award to her grandmother, saying: “Nana Frances sadly passed away on the first week of filming. She never got to see Villanelle, the life and soul of everything. She’d say ‘you get it off me you know’. I want to say Nana Frances, you were absolutely right all along’.”

A HUGE congratulations to the wonderful @jodiecomer who picked up the BAFTA for Leading Actress for her role in Killing Eve, dedicating the award to her Nana ✨ #BAFTATV pic.twitter.com/ydd15JWJWJ

Comer, who revealed she spent years as a child watching the Baftas in her bedroom, also paid tribute to the show’s creator Phoebe Waller-Bridge as well as Line Of Duty’s Stephen Graham, a fellow Liverpudlian. She said: ” If I didn’t owe you a pint before I definitely do now. Thank you for the generosity you showed me all those years ago.”

More: A Game of Thrones Studio Tour is opening in Ireland.

Killing Eve’s Fiona Shaw won best supporting actress, beating Billie Piper, Keeley Hawes and Monica Dolan.
The role was “probably the greatest pleasure in my life”, she said. Comedy thriller Killing Eve went into the awards leading the nominations, but not without controversy.

Bafta’s rules say a programme must have premiered in the UK to be eligible, but the show first aired in the US on BBC America before coming to the UK. Bafta said there was “significant creative contribution from key UK talent throughout the production” and “the television committee is the arbiter of all eligibility”.

Bodyguard had been its main opposition, but it had to make do with one gong – the only award voted for by viewers – Virgin Media’s must-see moment. It claimed the prize for the death of Julia Montague (Keeley Hawes) in an explosion in the BBC One drama.

The moment when Eve (Oh) stabs Villanelle (Comer) in Killing Eve, the Doctor Who episode on Rosa Parks, Peter Kay’s Car Share, The finale, and Queer Eye were all up for the award. Benedict Cumberbatch won the leading actor award for his role as Patrick Melrose in the Sky Atlantic drama of the same name. The actor, who received his first Bafta nomination in 2005, told the audience: “Oh gosh, I think I’m going to fall over, I’m very used to being a bridesmaid not the bride. I’ll keep it short because everyone probably does need to go to the bathroom.

Backstage, he said: “I really thought Hugh Grant was going to win.” On stage, Cumberbatch paid tribute to his wife, saying: “You’re my rock, I had to go pretty weird for this one and it was nice to come home and feel stable again.
“It’s all right, I’ve got one (an award) and I’m going to bring it home.”

Funnyman Steve Coogan presented the award for leading actress. He quipped: “When I was asked to present the leading actress award I was delighted because of course women are quite fashionable at the moment…
“I realise this is the last award of the night so will keep this shorter than originally planned…  scroll down autocue.
“Female empowerment, blah blah blah… humbled and privileged nah, nah nah. The Bafta goes to Jodie Comer.”

We want your top box set series recommendations. Let’s face it, we’re planning for life after Game of Thrones! Drop us a line on Facebook, Twitter or Instagram and we’ll share the best on our socials.