John Bishop has donated 100 laptops to pupils at his old school - The Guide Liverpool
Contact Us Advertise with The Guide Our Video Services Follow us:

John Bishop said it was ‘unacceptable’ that some children were being sent home without the tools to learn.

John Bishop has donated 100 laptops to his old school to help disadvantaged children learning from home during the coronavirus crisis.

Students in schools and colleges in England – except children of key workers and vulnerable pupils – have been told to learn at home until mid-February due to tighter restrictions.

More than 1.3 million laptops and tablets have now been made available to pupils but concerns remain that many still lack a suitable device in order to study remotely.

Bishop, 54, said it was “unacceptable” that some children were being sent home without the tools to learn and were “basically being written off”.

His gift of 100 new laptops was welcomed as “wonderful” by the principal of Ormiston Bolingbroke Academy in Runcorn, Cheshire.

Bishop, who qualified for free school meals as a boy, attended the school between 1978 and 1983 when it was called Brookvale High.

He previously helped open the renamed institution and stock its music department with equipment.

Thank you so much @JohnBishop100 for the 100 brand new laptops you have gifted to our students, we are so grateful! Full details about this amazing gesture can be found here – https://t.co/8llWncVpdi#community #teamoba #obafamily #daretoshine pic.twitter.com/Jd6jiJd0a2

The building now bears his name on a heritage blue commemorative plaque.

Bishop said in a statement: “The pandemic has been difficult for everyone, but it has also illustrated the gulf that exists in some parts of society – from the issue of free school meals, to the access of devices to facilitate home learning.

“As a child I qualified for free school meals, so I know I would have been in one of the families that needed help to gain access to a laptop. When children are sent home without the tools to facilitate their education they are basically being written off and that is unacceptable to me.

“My life was changed by the commitment of brilliant teachers and a supportive school and I know that ethos is still the same – teachers want to teach and the Government have to help and not hinder them.

“What I can do for my old school fills a gap, but the reality is that in 2021 our children deserve to be educated properly and that requires the Government to provide the tools necessary for home learning immediately. Because every day a child feels irrelevant is a day that we as a society could lose all the potential they offer.

“When this pandemic is over we do not want a generation of children who, through no fault of their own, find themselves left behind. Allowing that to happen would be shameful.”

Ormiston Bolingbroke Academy principal Kathryn Evans said: “John has been a good friend to our school and community since Ormiston Bolingbroke was founded. He came in its first year, at the request of a young man in Year 11 who said it would be his dream to meet him. Having made that young man’s dream come true, he has not been a stranger to us since. 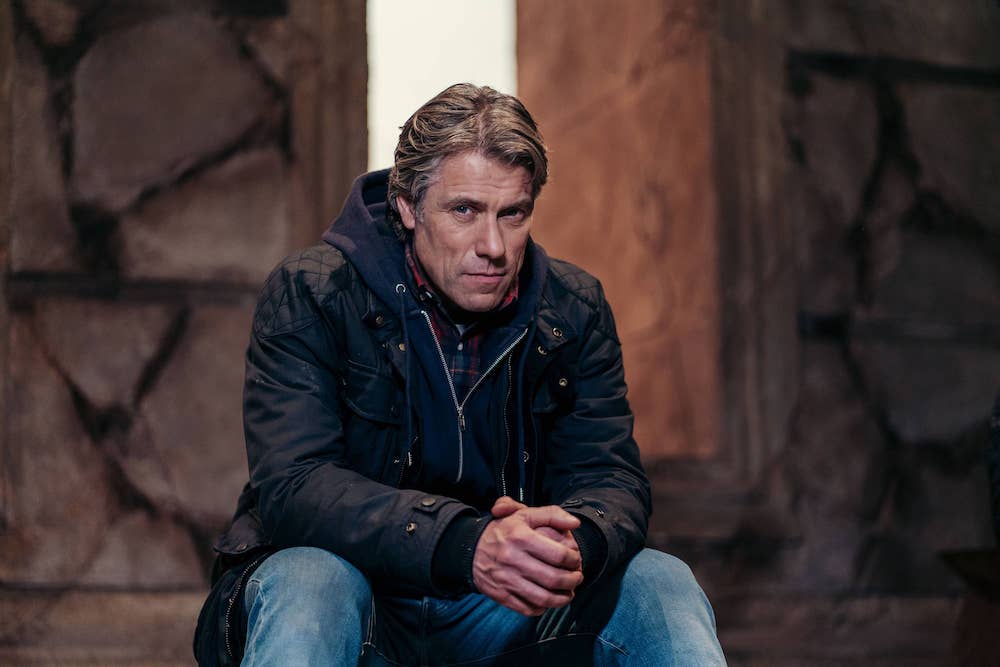 John appearing in Dr Who

“John came to help open the school officially, opened our recording studio some years later and helped us so generously stock the music equipment. John knows and really cares for our community, he got in touch quite out of the blue, knowing that we might well have pupils who don’t have spare laptops for remote learning laying around at home.

“This gift to our pupils is wonderful and that it’s from a former pupil, makes it all the more special. We are so grateful to him and his family.”

The comedian, who tested positive for coronavirus over Christmas, was recently announced as a new cast member on BBC One’s Doctor Who.

He plays a character called Dan, who “becomes embroiled in the Doctor’s adventures”.