John Bishop hopes to encourage conversation with ‘Say Hello’ campaign - The Guide Liverpool
Contact Us Advertise with The Guide Our Video Services Follow us:

John Bishop wants to spark “good old-fashioned conversation” across the UK with his “Say Hello” campaign during the Month of Community.

The comedian, 55, launched the initiative during his Right Here Right Now tour, encouraging audience members to wear a badge with the words Say Hello written on them.

The concept was designed to encourage people to start conversations and make new connections, all starting with a simple hello.

Bishop has shared his idea with the Month of Community, taking place across June, which aims to encourage whole neighbourhoods and communities to “Say Hello” to each other and build new friendships.

He told the PA news agency: “I think what’s happened now in the modern world, you can feel you’re connected with people without being in the same place, but it’s not the same as looking in someone else’s eyes when they’re talking.

“In my mind, if we can just try and get people back in the room, as it were – that’s what you do when you go to stand-up comedy or events in the same space as other people.

“You just need to be encouraged to make that initial connection and say hello to them and if they’re wearing a badge saying it’s OK to talk to them, you’re breaking the ice.”

The campaign comes during Mental Health Awareness Week, with the theme this year being loneliness. 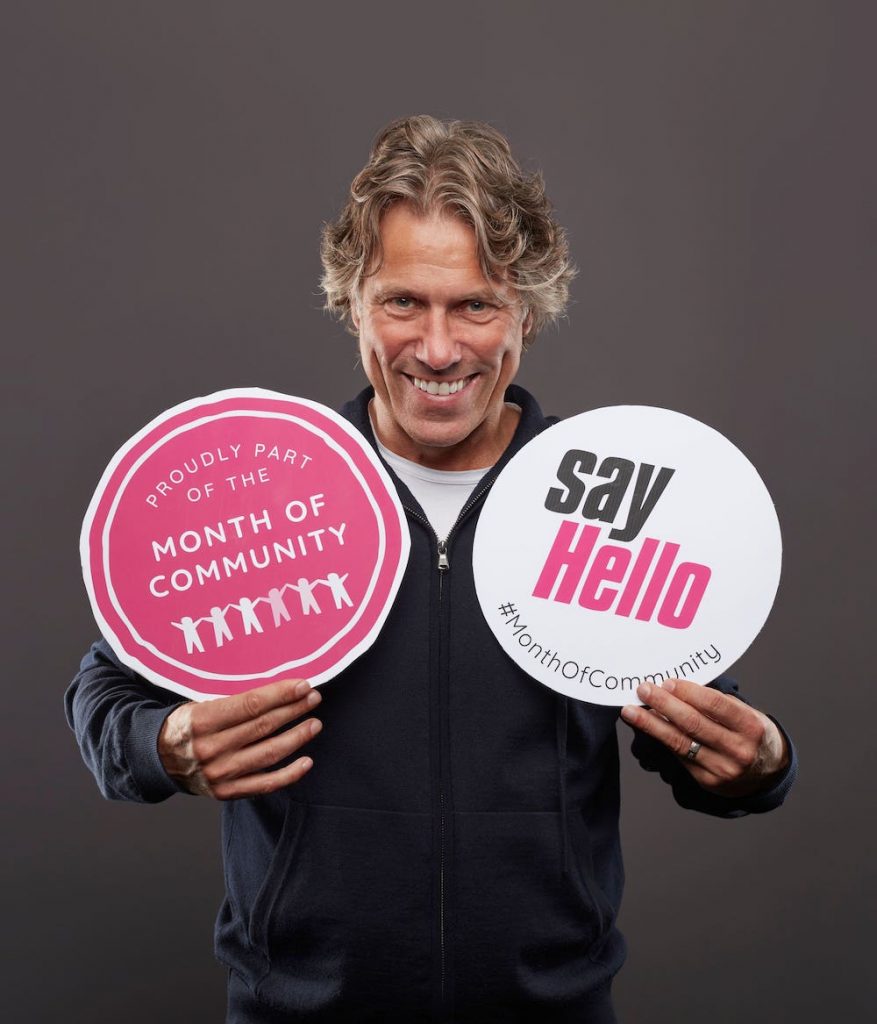 “Loneliness as a condition is the quickest thing to cure because you just need someone to say hello.

“In many respects, if we can make some people feel less alone, because other people are prepared to engage with them, that’d be great.

“That’s what a community is all about, if we can enhance that by a simple wearing of the badge and passing on the message then that’s brilliant.”

The Month of Community brings together groups and some of the UK’s best-known charities who all focus on building supportive, better-connected communities where people know one another better.

Organisers of events will be able to print out their own Say Hello badges.

Speaking about how the initiative started, John said:

“My friend Joe came to see me at the London Palladium in 2017 and on his way there, he didn’t know how to get there.

“He was asking people for directions and just noticed most of the people he walked up to talk to were looking at their phones.

“So he decided to try and have an initiative to encourage people to get off the phone.

“After Covid and the lockdowns I got back on the road and had the sense that a lot of people have lost the ability even just to say hello to anyone.

“I thought it would be good to replicate what he did and have some badges that encourage people to engage with each other, if they wanted to.”

Peter Stewart, executive director of the Eden Project, said the Say Hello campaign “aligns perfectly” with the Month of Community.

He said: “June is a special month when we can focus our attention on reaching out to one another to create better connected, stronger communities.

“The simple idea of saying hello to people is a positive step we can all take to start a good old fashioned conversation – that’s why it’s so brilliant to include the idea as part of the Month of Community.”