Jordan Henderson calls for more support for NHS staff following trauma of pandemic - The Guide Liverpool
Contact Us Advertise with The Guide Our Video Services Follow us:

Liverpool captain Jordan Henderson said the trauma of the pandemic will stay with NHS staff “forever” as he called for them to get the “support and aftercare” they need.

The England midfielder met staff and volunteers at Yorkshire Ambulance Service, where money raised by his #PlayersTogether initiative is funding equipment, mental health support and training for hundreds of volunteers.

Jordan started #PlayersTogether at the start of the pandemic, inviting professional footballers to donate part of their wage to the NHS’s Covid-19 Urgent Appeal. 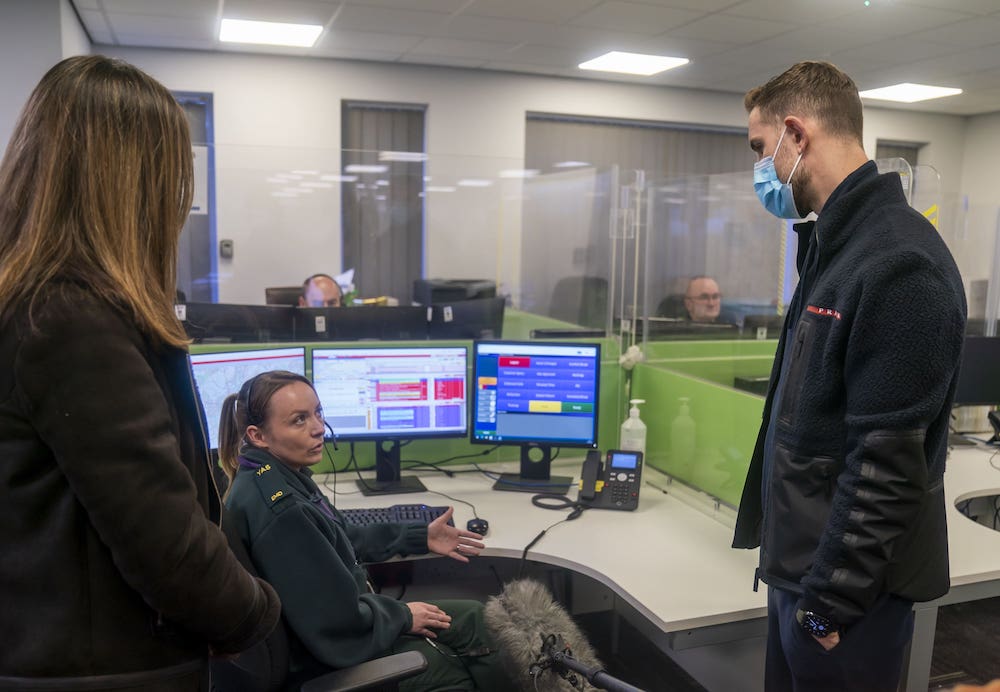 He was later named as an ambassador for NHS Charities Together, the organisation which raises funds for more than 240 National Health Services charities.

The visit to the Yorkshire Ambulance Service is the second Henderson has done in his role with the charity, after meeting staff at Aintree University Hospital in Liverpool last November.

MORE - LFC family comes together to support people of Ukraine

He told the PA news agency: “The thing that keeps coming up that worries us a little bit is the mental health side.

“That’s going to be a big issue now things have started to go back to normal and they’re forgotten about a little bit.

“What they’ve been through over the last couple of years is a trauma that’s going to stay with them forever. 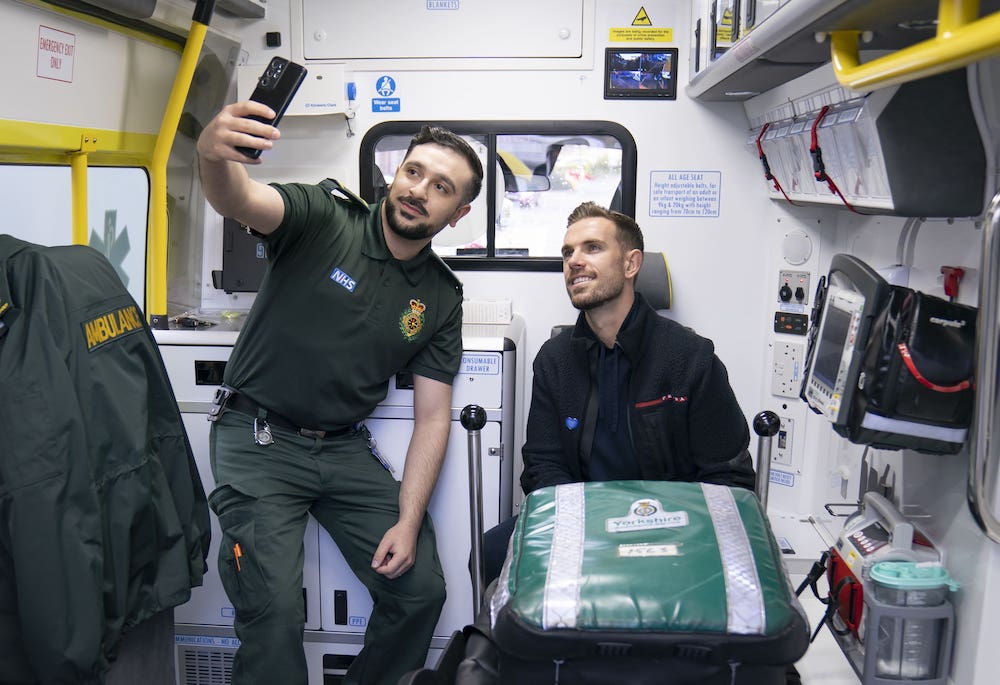 “I think we’ve got a responsibility to make sure the support is still there and that they get the help and aftercare they need.

“There’s also a responsibility to show them we do still care about them and the amazing work they’re doing.”

The #PlayersTogether initiative raised millions of pounds after Premier League captains worked together to establish a joint contribution fund directed to the NHS Charities Together group.

MORE - 17 ways you can celebrate St. Patrick’s Day in Liverpool

Jordan said: “We knew that the NHS was overwhelmed.

“I’ve got family who work in the NHS so I spoke to them a little bit and I felt it was something we could do to help.

“My dad was seriously ill quite a while ago now and the NHS was amazing with him – they saved his life really, so it’s something close to my heart.

“I wanted to do something and felt as though this was a good way of giving back.” 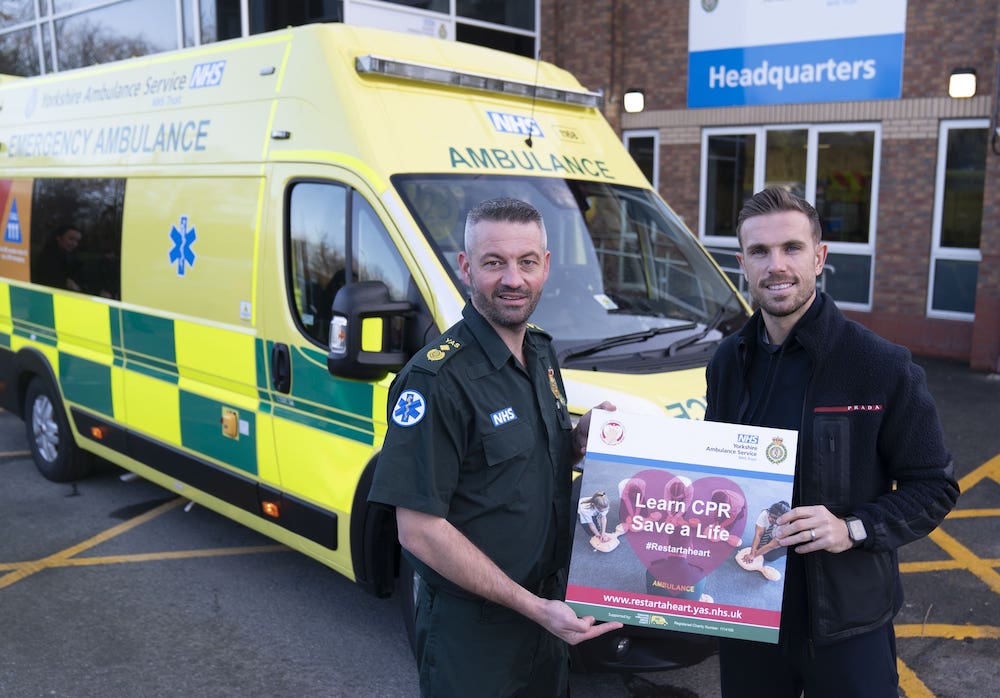 According to Yorkshire Ambulance Service, pressures facing staff in December and January were worse than at the peak of the pandemic, with call volumes up by 25% compared to pre-pandemic levels.

NHS Charities Together has to date allocated over £7 million across ambulance services in England, Wales, Scotland and Northern Ireland, including £728,500 to the Yorkshire Ambulance Service Charity.

“I think it’s good to come and speak to the people that are changing lives, saving lives, on a daily basis and show my support,” Henderson said.

“We came together and did something special, and it feels amazing to hear first hand about the support they feel from us as players.

“It’s good to know the money’s being spent really well.”

Find out more about NHS Charities Together HERE.