Judges announced for 2016 GIT Awards - The Guide Liverpool
Contact Us Advertise with The Guide Our Video Services Follow us: 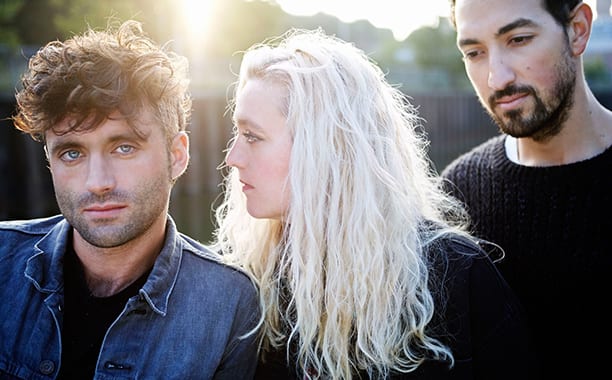 For the second successive year, The GIT (Getintothis) Award panel features founders of three iconic record labels and for its fifth edition is bolstered by figures from industry cornerstones including VEVO, the Unsigned Guide and BBC Radio 6 Music.

Judging is under way for The GIT Award 2016 with the official launch party on Friday 29 January 2016 at new Liverpool city centre venue The Buyers Club, on 24 Hardman Street, at 7.30pm. The event is free and open to all.

In keeping with the GIT Award’s ethos, the event features some of Liverpool’s finest new talents:

Pink Kink – Having packed out the Kazimier on their debut outing, these much-hyped psycho art-rockers update the riot grrrl movement packing a tropical bubblegum punch.

Nelson – Making his Liverpool debut, this jazz-infused hip hop fusionist has been on Europe’s blog radar for several months – now you can get to see him in the flesh for the first time.

Ohmns – Liverpool’s most ferocious riff-makers combine raw melodic simplicity with primal head-wrecking riffs marking them out as one of the city’s best new live bands.

Trudy – The hotly-tipped trio have been the toast of the national new music press earning rave reviews following dates with Hooton Tennis Club and Bill Ryder-Jones.

The aftershow at The Buyers Club will feature music from Bido Lito! DJs.

Once all 12 nominees for The GIT Award 2016 have been decided the prize culminates in a spectacular event at Constellations in Liverpool’s thriving Baltic Triangle on Saturday 14 May 2016.

The fifth GIT Award recipient will follow in the footsteps of previous winners Loved Ones (2012), Baltic Fleet (2013), Forest Swords (2014) and last year’s winners All We Are.

The overall winner of the GIT Award 2016 will once again receive a cash prize of £1000.

Founded by Liverpool music webzine Getintothis, The GIT Award remains the only prize of its kind in the UK, championing vital new talent within Merseyside’s eclectic music community, pushing the region’s innovative talent across the world.

Since launching in November 2011, The GIT Award has received more than 1800 entries, included 38 different nominees, and staged more than 75 of Merseyside’s most vital new artists and bands across its events.

The 2015 Inspiration Award was in recognition of Alan Wills and the label he founded Deltasonic which launched the careers of The Coral, Zutons and many more. The 2014 Inspiration Award went to the team behind Africa Oye while previous recipients include Hillsborough Justice Collective (2013) and the directors of the Kazimier club (2012).

Rock & roller Louis Berry won the second One To Watch Prize following on from inaugural recipient Låpsley and a third hotly-tipped young musician will be crowned at Constellations on May 14.

Musicians, bands and creative types who would like to enter this year’s prize are asked to send four tracks to [email protected]