Kacey celebrates 6th birthday and mum says thank you to Alder hey for saving her little girl - The Guide Liverpool
Contact Us Advertise with The Guide Our Video Services Follow us:

When Kacey Wood blew out the candles on her birthday cake on Monday there were lots of reasons to celebrate.

That she was six was enough for this brave little girl… but for those around her, they were just grateful that she was actually here to mark it.

“Kacey came home just over a week ago after almost a year in Alder Hey,” says mum Roseanne Kirkpatrick. 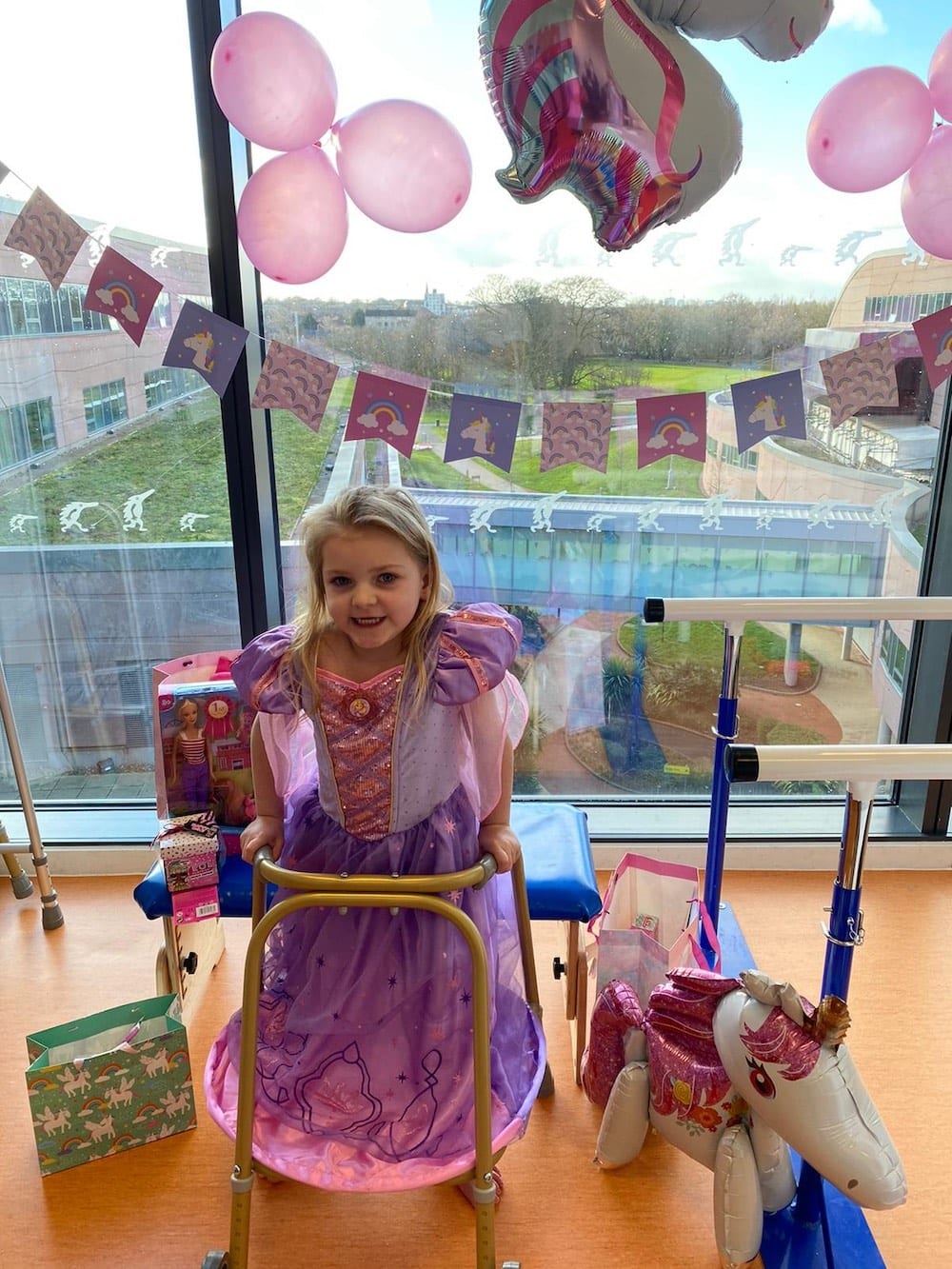 “They feared she would be in a wheelchair for the rest of her life, yet she can stand and has taken her first steps.

“At one point they told me they didn’t think she was going to make it.  And here she is.”

“We had a unicorn cake, and we put banners and balloons all over the house and Kacey said she had had the best day ever. And it was for us too.

“I just want to say ‘thank you’ to Alder Hey because, without everything they have done, without them, I don’t think it would have happened. Because I don’t think she’d be here with us.”

This time last year, Kacey Wood was just an ordinary little girl who loved nothing better than to run around in the garden and play with her friends.

But a rare infection left her on a life support machine and fighting for her life. 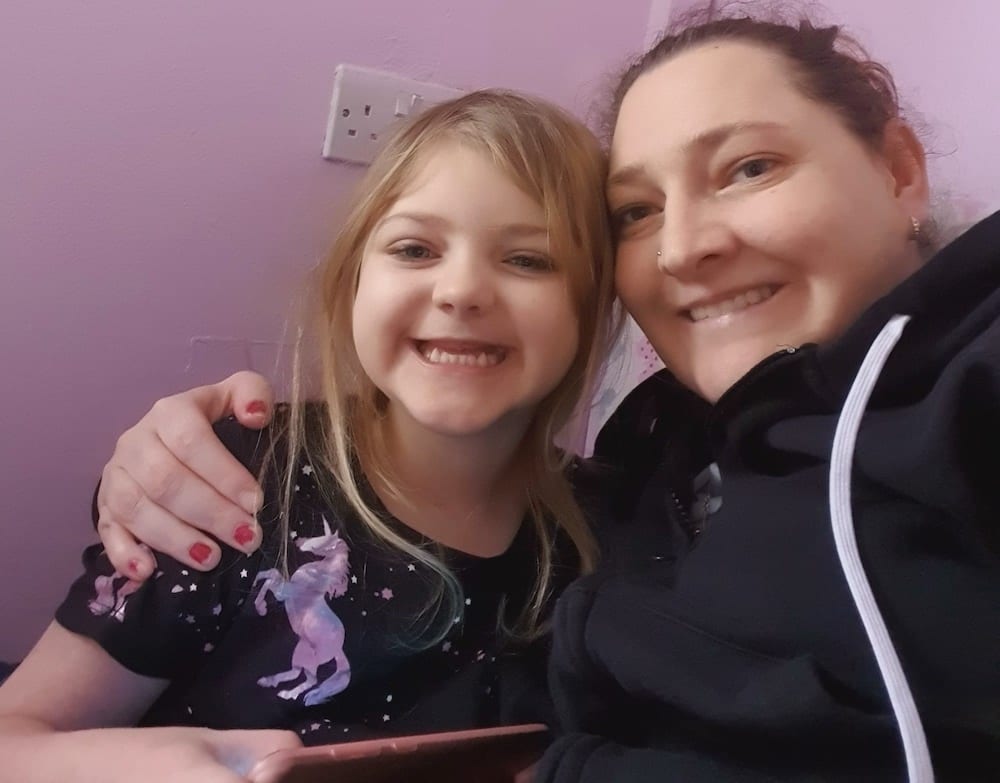 It was just before lockdown that Kacey got an ear infection, but it didn’t go away with antibiotics. Kacey’s health began to deteriorate until, because she was so worried, Roseanne took her daughter to Wigan Hospital.

“She’d lost weight rapidly, she couldn’t move her legs she was so weak, and she moaned in pain when I lifted her,” she says. “She couldn’t do anything for herself. I was so worried I took her to hospital.”

After tests and cat scans, Kacey was put into an induced coma before being transferred to Alder Hey – alone at first because of the outbreak of Covid. 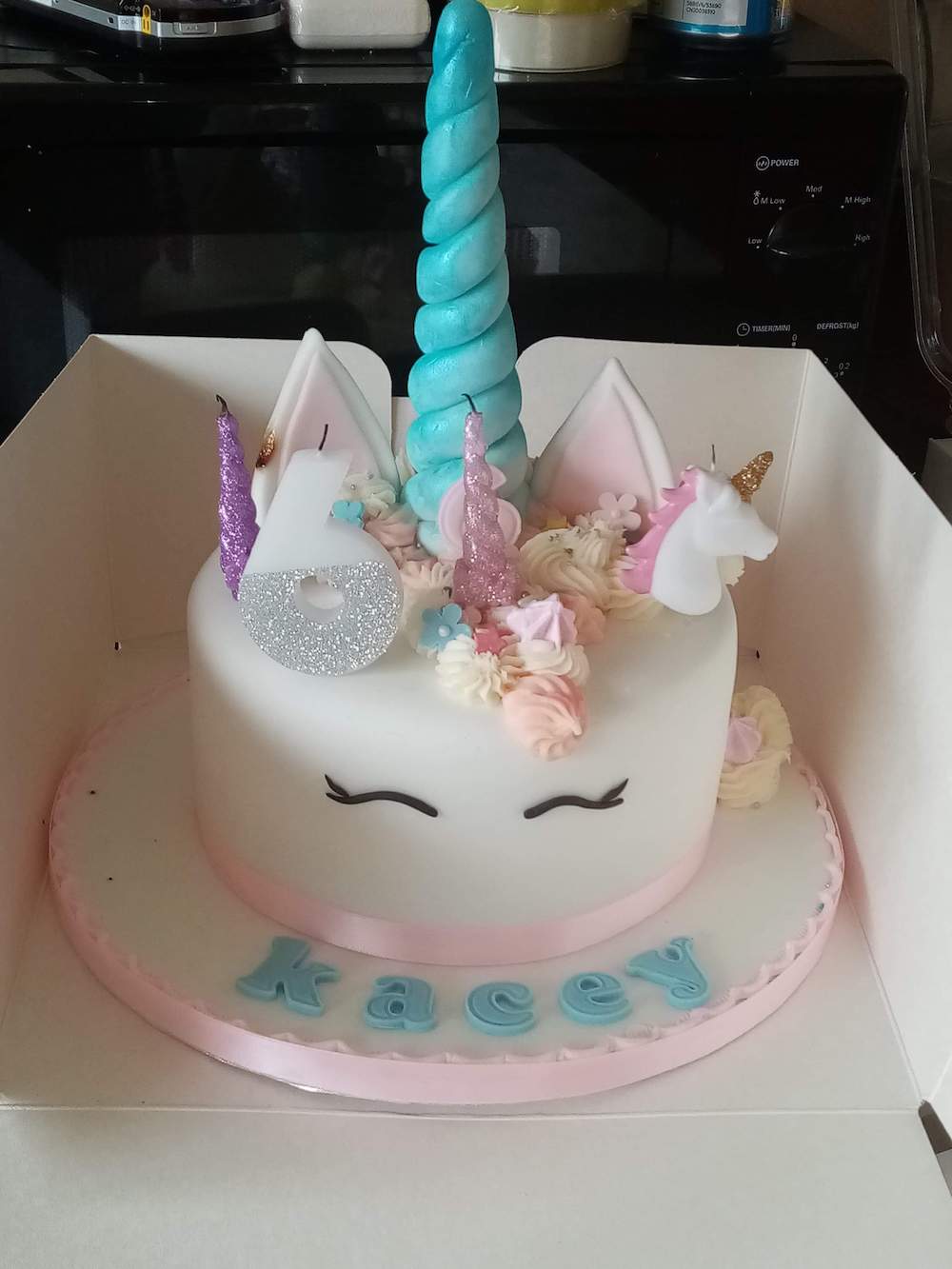 “I couldn’t go with her, so I was told to say goodbye before they put Kacey in a coma,” says Roseanne. “It was one of the hardest things I have ever had to do because when they took her to Alder Hey I wondered if I would ever see my little girl again. It was heart-breaking.

“They took her to Alder Hey on April 15 and it was three or four days before I could see her and in that time they didn’t think she was going to make it because her infection levels were so high. I sobbed my heart out because I thought that might be it, and I just prayed ‘Lord please keep her alive’.”

Roseanne who, with Kacey’s dad, has four other children, Rachel, 16; Scott, 15; Megan, 13, and Kayleigh, four, eventually took turns to sit with her daughter as she fought to survive.

Kacey was eventually diagnosed with Lemierre’s disease, a syndrome which occurs when you get a certain rare type of bacterial infection in the throat. Untreated, the infection can spread to the vessels that carry lymph fluid throughout the body. It can cause blood clots and other serious and life-threatening complications.

“It’s so rare that they created a book for Kacey, so hopefully she will help them to help others with the condition in the future.”

Kacey was in a coma for around four months, as medics fought to rid her of the infection which affected her brain, and damaged her lungs and heart.

The infection had destroyed one hip joint and damaged the other, and Kacey underwent numerous operations while efforts were made to drain it from almost every area of her tiny body.

“They just had to keep checking that the infection levels were going down,” says Roseanne. “When she came out of the coma we didn’t know what she was going to be like, would she be able to talk?  When she came round and started speaking it was, like, ‘wow, it’s our Kacey’.

“But she was in a lot of pain as the bones were trying to restore themselves.”

Kacey was placed in a plaster cast from her stomach to her ankles to help reduce her pain and get her legs in a better position. Once it was removed, she worked hard with her physiotherapy and occupational therapy team.

In fact there were many more Alder Hey staff involved in Kacey’s recovery journey, from her orthopaedic consultant to the junior doctors, the intensive care team, play specialists, nursing staff, dieticians, psychologists, teachers, cardiac nurses and the complex discharge team. 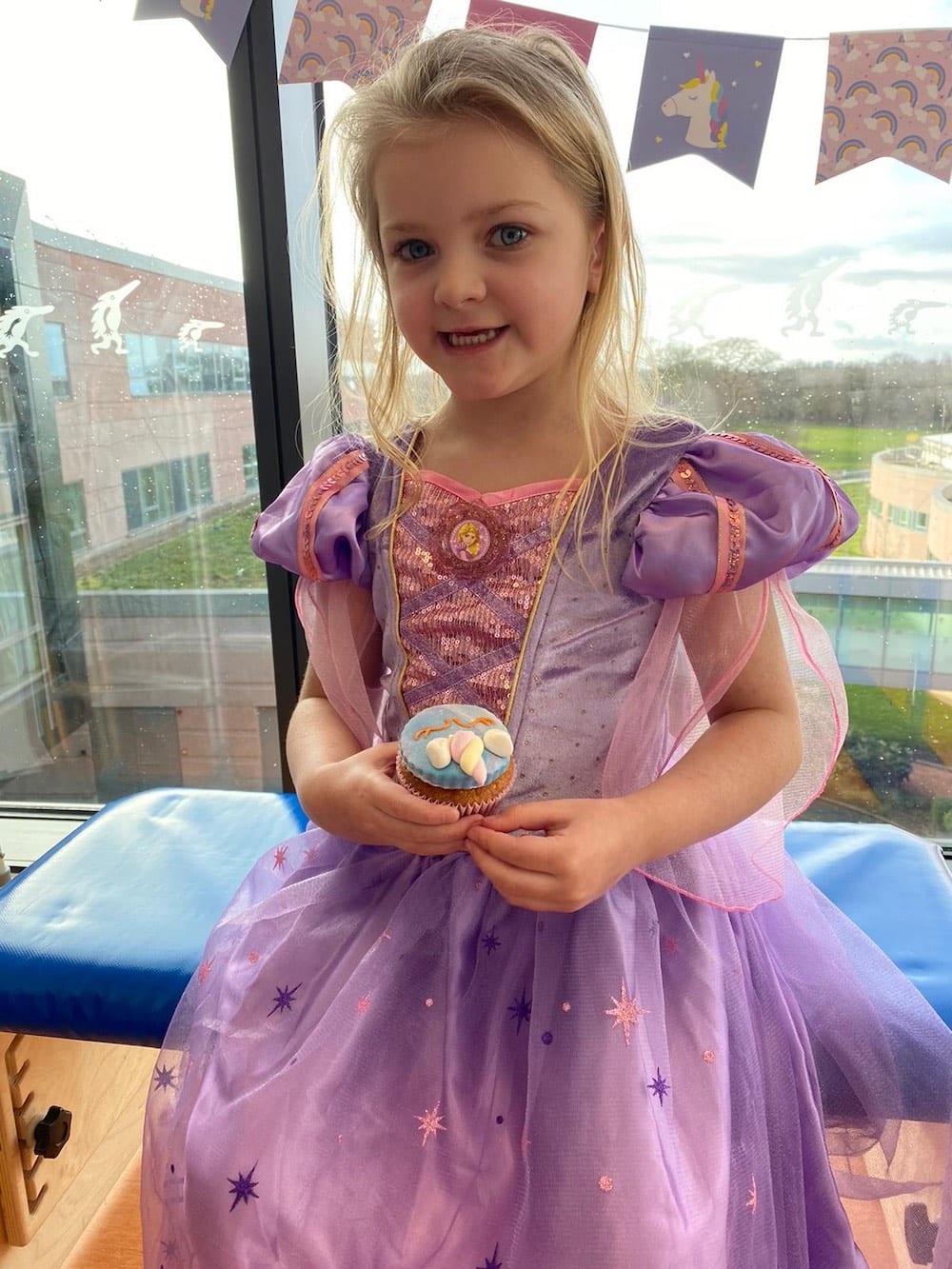 “They have all been brilliant, I can’t thank them enough.  For so long Kacey just wanted to lie in her bed because she was in so much pain. It was only when she wanted to get up that they told me they didn’t know if she would ever sit up or walk again.

“It’s thanks to them, and Kacey’s stubbornness, that she is where she is now.

“It’s because of Alder Hey I still have my little girl and there’s not a piece of me missing. It’s a miracle she’s here.

“When she came out of hospital, they made a big fuss with a massive tea party – all within guidelines – for her. I will be forever grateful to them.

“It’s a long road ahead. Kacey is still weak and in pain, and she’ll need a wheelchair for a while. My goal now is to help her continue to make steps forward. If her birthday was the best day ever, I want to make every day from now on even better still.”