Kirkby's Christmas Crusade is on a mission to make sure every child sees Santa this year - The Guide Liverpool
Contact Us Advertise with The Guide Our Video Services Follow us:

Kirkby’s Christmas Crusade is on a mission to make sure no child misses out on seeing Santa this year.

A decorated sleigh truck will hit the streets next week so youngsters get to wave to the big man himself, and some of his pals, as they hand out more than 3,000 selection boxes.

And it’s not just about little ones – the festive float will be stopping off at a care home to bring a bit of Christmas cheer there too. 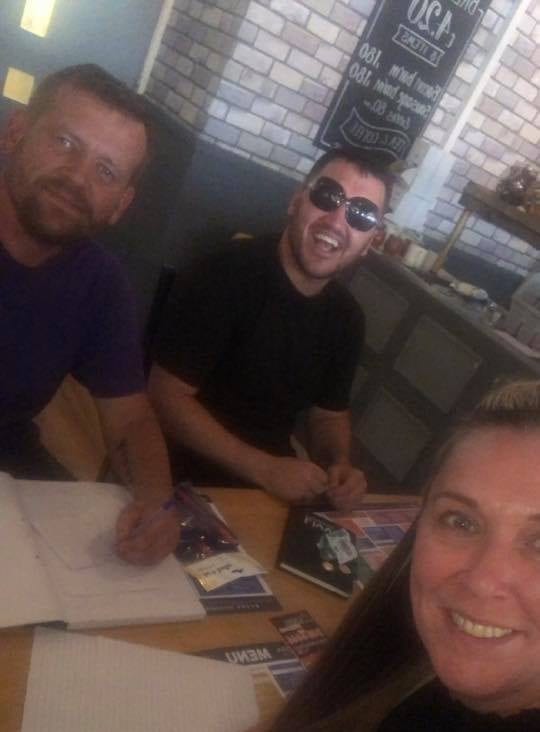 Kirkby’s Christmas Crusade has been organised by Andrea Roberts, who teamed up with Franny Briggs and Jay Murray to get it on the road.

She first had the idea back in the summer and began planning the event which will visit the four different areas of Kirkby – Towerhill, Westvale, Northwood and Southdene – over four nights.

MORE - From shopping to dining & theatre, Liverpool is all set to welcome you this Christmas

“I wanted to make sure that all the kids in Kirkby got to see Santa and everyone was included. I know how expensive taking kids to see Santa can be, it can really add up, so the idea for the Christmas Crusade came because I know a lot of families are really struggling and I didn’t want Santa to be something they couldn’t afford.”

Andrea regularly organises events in Kirkby where she lives, including one every year on Mischief Night to try and get the kids off the street. 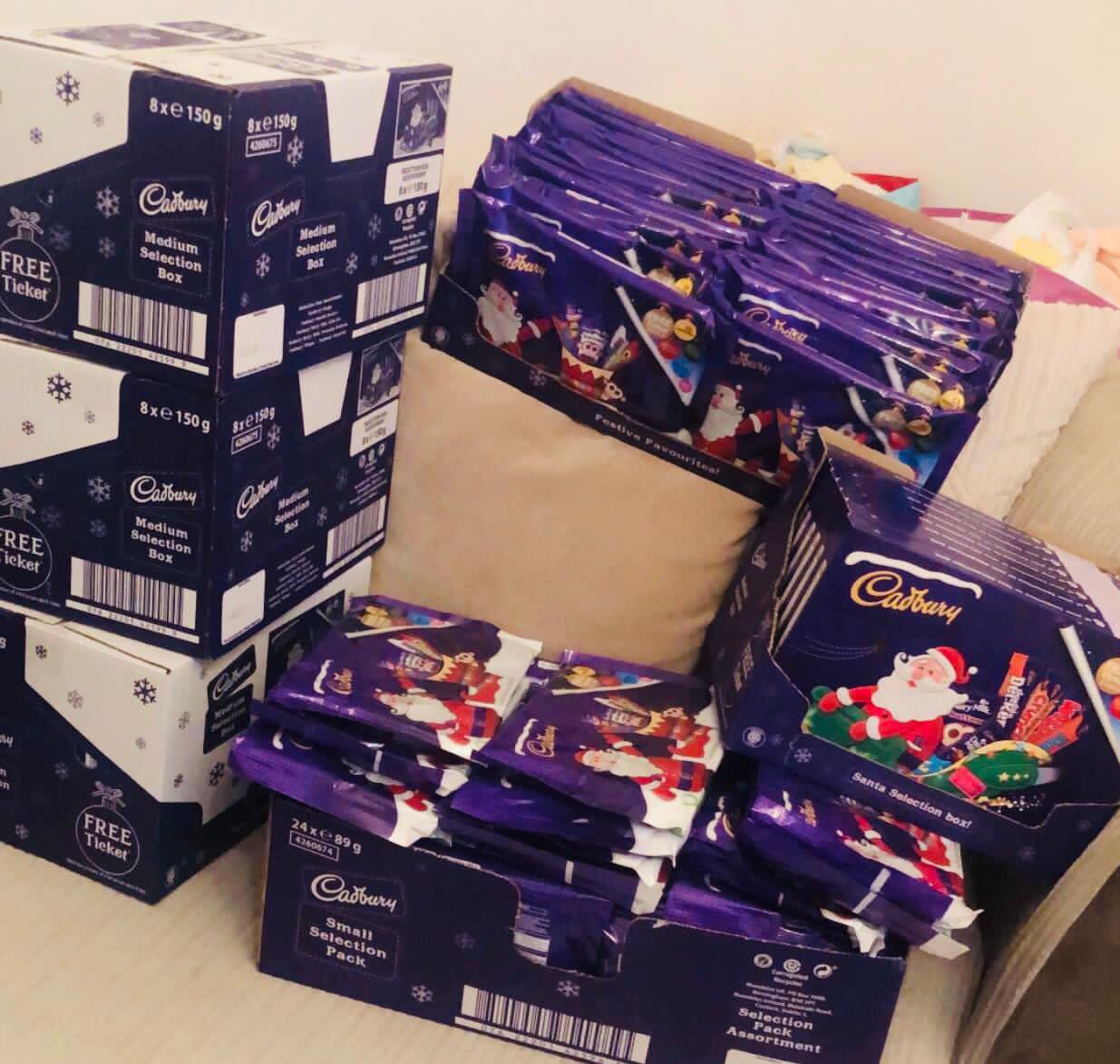 “Last year I set up a rave based on the No More Knives Campaign and I had Anthony Russell from X Factor there. It went really well, we got 350 children off the street that night and there were no reports of anti-social behaviour in the Northwood area at all.

“For 2020, with social distancing, there was no way we could have done a rave, so that’s when the idea for the Christmas Crusade came about.”

With some funding from Riverside Housing and Northwood Together, Andrea joined forces with Franny and Jay to create a Santa plan.

“They have all the costumes, we’ve obviously got Santa, and also Olaf the snowman, the naughty elf, and a few other characters, so having them on board has been brilliant,” she says.

Franny works for Target scaffolding who agreed to loan the Christmas Crusade a flat-bed truck, and the team had artwork made and bought lots of fairy lights to decorate it as a sleigh.

The three have now drawn up a route of roads to drive around from Monday to Thursday next week, with volunteers helping to make sure it runs smoothly. 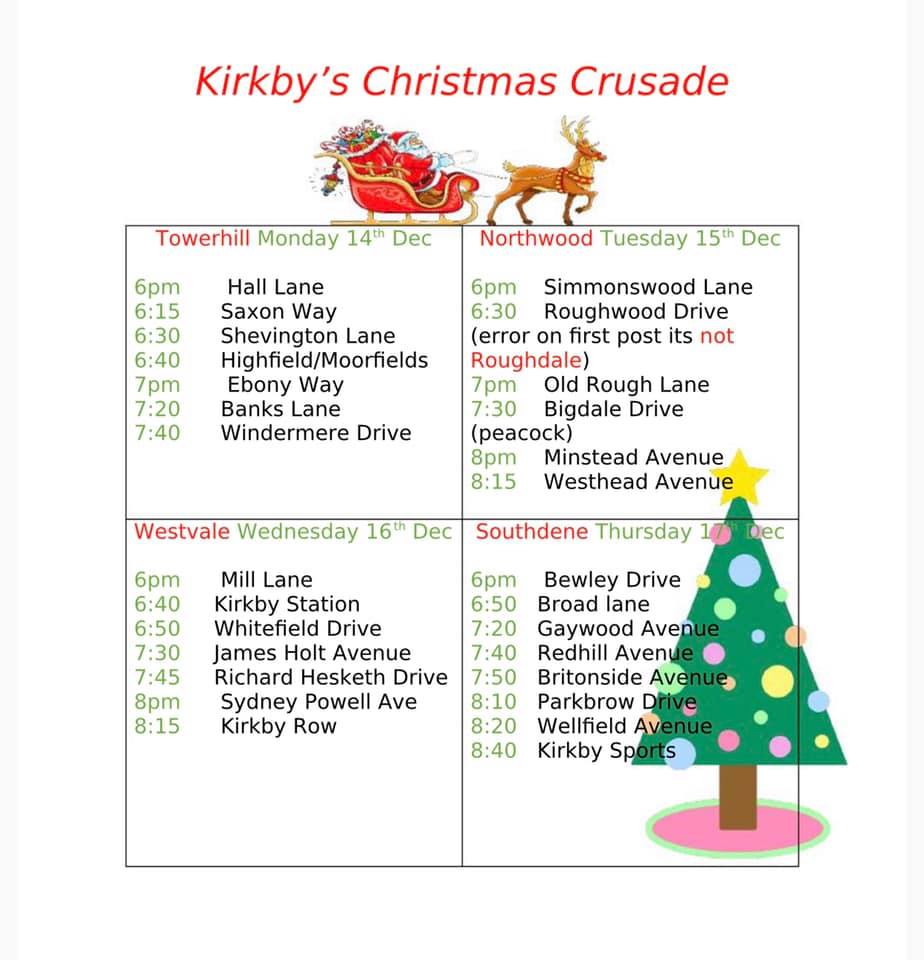 “We’ve done all the risk assessments because we do want to make sure we keep it Covid safe so we’ve got some volunteers who’ll be standing around the characters and the sleigh so the kids aren’t coming into the road or trying to touch the characters. We really want them to all be able to enjoy it safely.”

Andrea, Franny and Jay work full-time, so they’ve given up their free time to arrange everything, but Andrea says the whole community has pulled together to support it.

“As well as having Santa and the characters, we really wanted to give out selection boxes while we were driving round. We’ve managed to get over 3,000 to distribute that have been donated by the community – lots of people have been knocking at our houses and giving us them. The Kirkby community has been great in coming together for this.”

This will be the first Kirkby’s Christmas Crusade, but Andrea hopes it will become an annual event.

“It’s going to be a learning curve, this is our first year, but we’re hoping we can go on and do it in future years because we’ve already got the sleigh and the lights now, so we can just put it into storage.

“This is about cheering up the whole community, we’re going to stop at Appleby Court on Ruffwood Drive, to see the residents and staff there too. We’ve all had a really difficult year, let’s just put a smile on everyone’s faces.”