Knowsley lights up to launch its Borough of Culture year - The Guide Liverpool
Contact Us Advertise with The Guide Our Video Services Follow us:

Knowsley lights up to launch its Borough of Culture year

Knowsley is about to light up like never before as it kicks off its year as the Liverpool City Region Borough of Culture with a spectacular programme of light installations entitled New Dawn.

The first major moment of light – Aqualux – will arrive in Kirkby town centre next week.  Already excitement is building ahead of what is set to be a spectacular installation, that will be located in Newtown Gardens for two weeks from 14 to 28 January.

To mark its arrival in Knowsley, a special light switch on event will also take place from 4pm on Friday 14 January, featuring entertainment from Spark Illuminated Drummers. 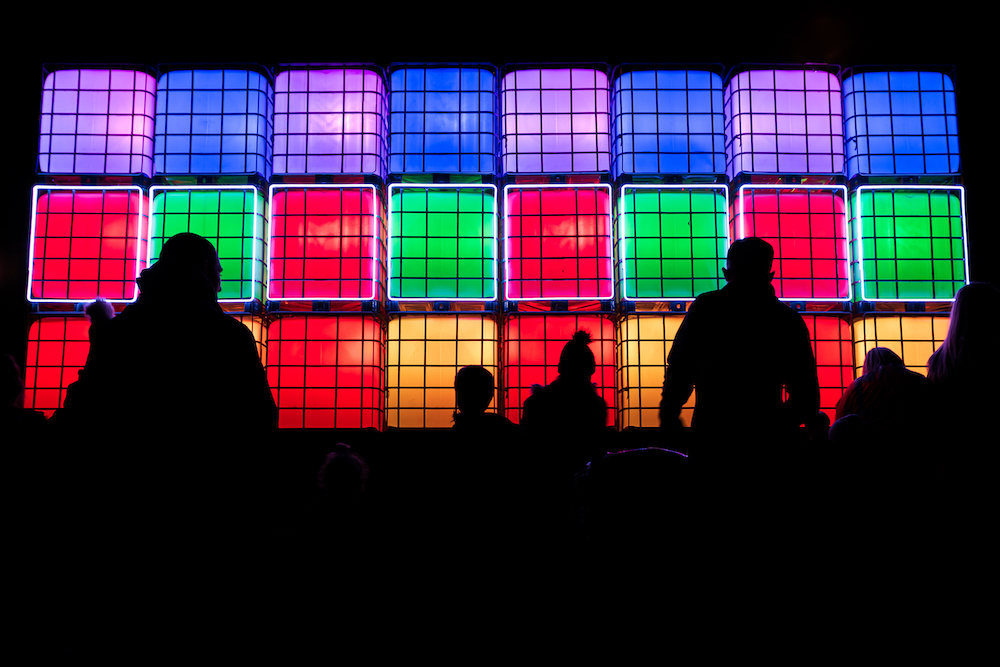 “After months and months of extensive planning, it is so exciting to think that our programme is getting underway. We always wanted to start the year with a bang and to give our residents some really spectacular events to be part of – so we are really excited.

“For our Kirkby community in particular this is such a great start to the year, following hot on the heels of the new retail openings and improvement works in the town centre. I am certain that the shoppers and local residents enjoying all the new facilities will be delighted to experience Aqualux and I am certain that the town centre will also attract visitors from across the borough and wider region to see this spectacular display.”

Aqualux is a stunning 8-metre by 3-metre-wide light installation that consists of 48 containers which can hold up to 1,000 litres of water – that is the same as the average water consumption of one person in a year, just at home.  Coming to life after dark, the illuminated artwork will be accompanied by music to create a memorable and magical experience whilst also raising awareness of the need to conserve and protect our fragile water supplies.

Aqualux will be illuminated between 4pm and 9pm, daily, from Friday 14 January to Friday 28 January inclusive. The experience will run on a loop for 20 minutes with a short break in between meaning visitors can arrive at any time after 4pm to experience the attraction. There is no need to book tickets and it is completely free to the public.

Aqualux was part of Blackpool’s Lightpool Festival which took place in October 2021 and attracted thousands of visitors.

Keep an eye out for Aqualux and see if you can spot it as it makes its way to Kirkby on Wednesday 12 January and Thursday 13 January. If you spot it, take a picture and share it on social media tagging @cultureknowsley.

As part of Knowsley’s New Dawn programme Aqualux will be complemented by additional light installations across the borough. Details below: 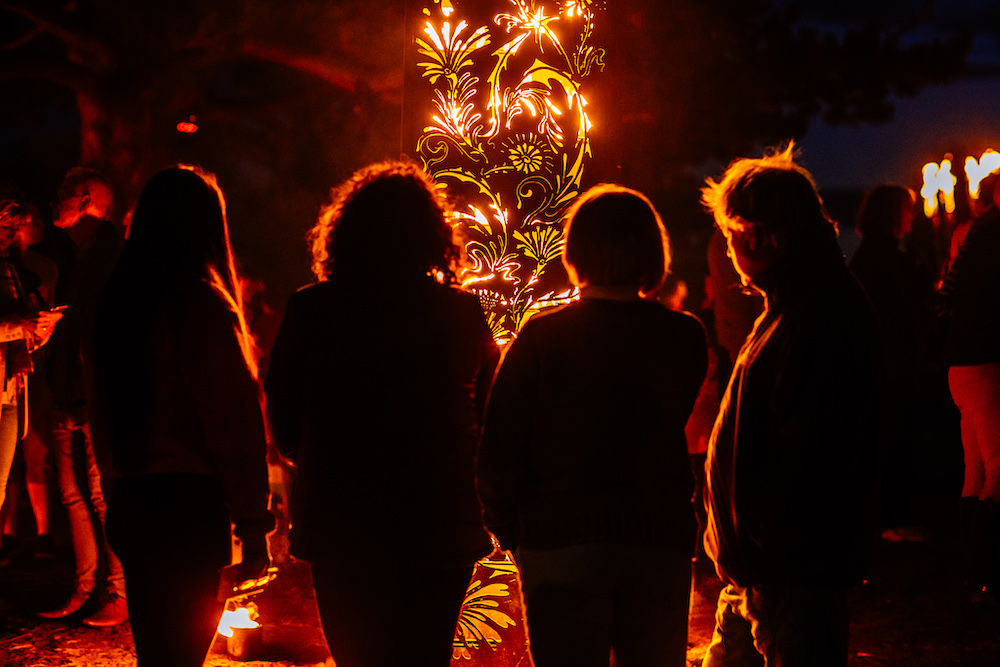 Over three consecutive evenings Court Farm Woods in Halewood will be transformed into an enchanted spectacle of light, music and fiery woodland creatures.

The Magic Wood – A Fire Garden by Walk the Plank will be unique to Halewood and will feature performances from Bring The Fire Project, harpist Rebecca Mills and a special family performance set in giant golden birdcage.

Tickets for this event are now ‘sold’ out but you can join a waiting list where additional tickets will be allocated if they become available. Please email [email protected] with your details.

Luke Jerram’s ‘Gaia’ is an astonishing 6-metre-wide replica of the earth based on imagery and data from NASA. Suspended in the air and slowly revolving, the artwork – which will be housed in St. Chad’s Church in Kirkby – gives people a chance to see the planet, floating in three dimensions.

A specially made surround sound composition by BAFTA and Ivor Novello award winning composer Dan Jones is played alongside the sculpture. 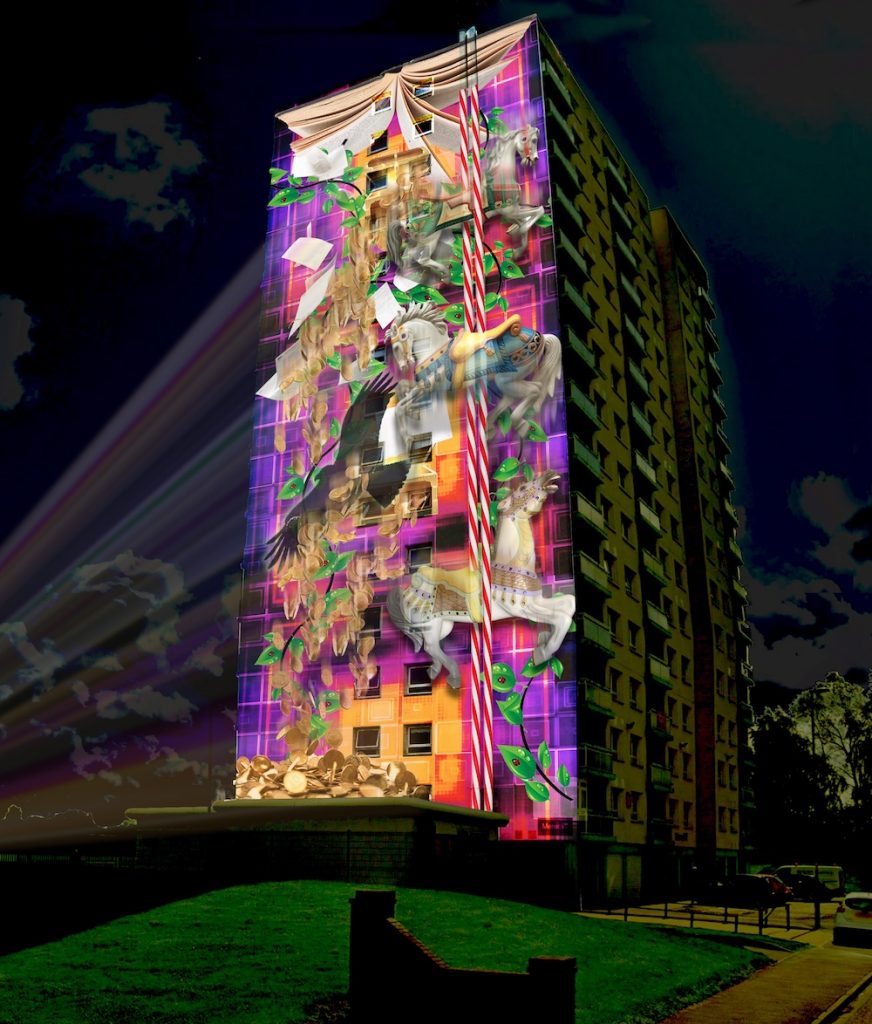 Tall Tales is a brand-new large-scale community artwork that will see Merecliff – a residential 16 storey tower in Stockbridge Village (adjacent to the M57 motorway) – animated and illuminated in light. The dramatic projection which will be accompanied by a soundtrack, will tell the story of local people and communities who have shared their stories captured, interpreted and exaggerated by artists Illuminos. 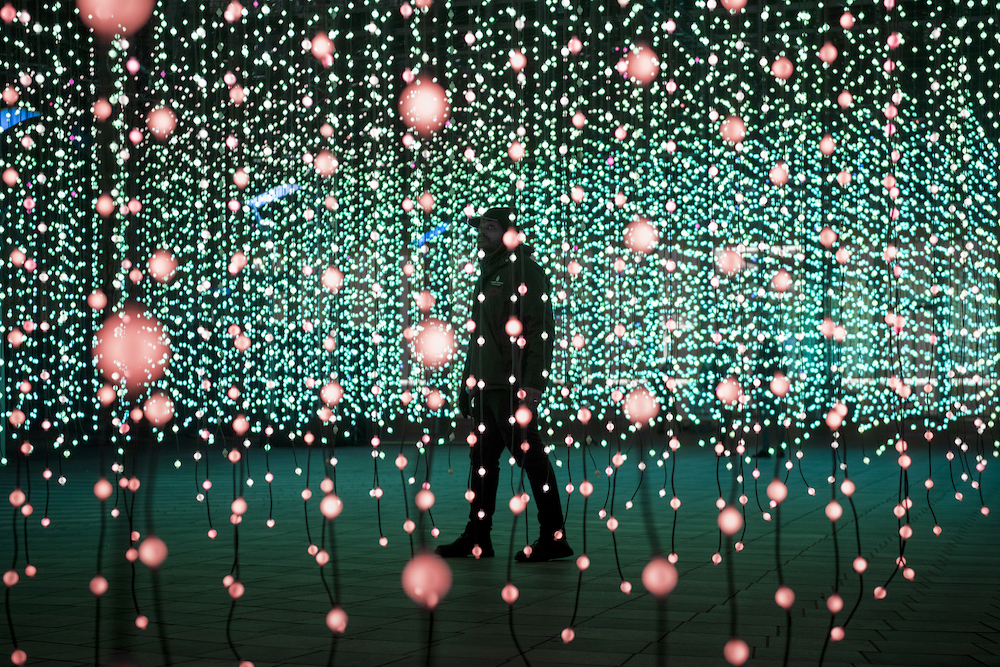 Submergence, created by world renowned artists Squid Soup, is a reflective, immersive walkthrough experience that will go on display in Sherbourne Square in Huyton Village. Consisting of thousands of individual points of suspended light, visitors are encouraged to enter the artwork to experience the amazing light illusion for themselves. 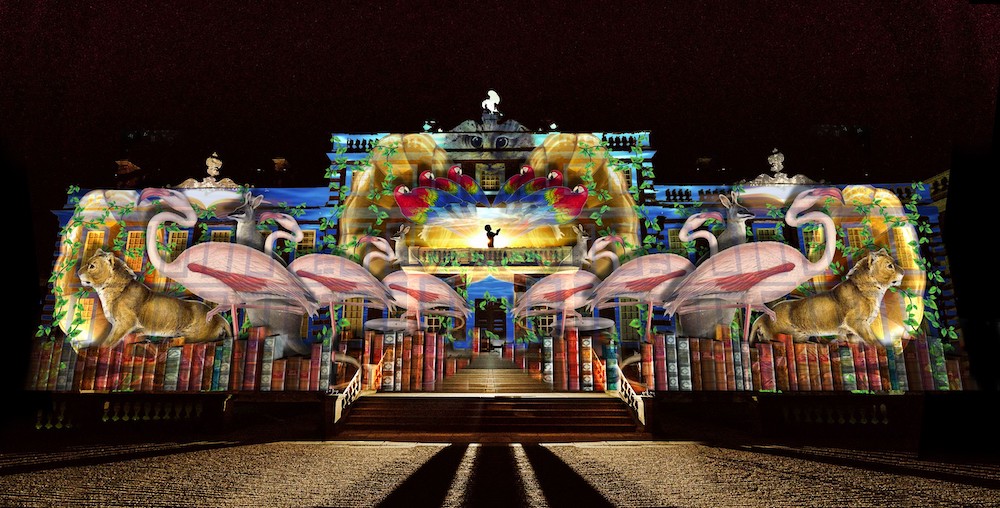 The New Dawn programme will come to a spectacular climax over two consecutive evenings in February. In two showings per evening, the iconic Knowsley Hall will be illuminated in a series of dramatic projections recreating a vision of a pop-up story book – a fairy-tale of lights and sound telling the stories of Knowsley.

Delivered by video projection artist’s Illuminos and accompanied by an atmospheric soundtrack from renowned composer Patrick Dineen the spectacular will create a unique and memorable moment for all visitors.

Numbers are limited, so anyone interested in attending should register to be part of a ballot to receive ‘golden tickets’ to this spectacular event. Details can be found here.

Full details of all the events happening as part of New Dawn are available on www.cultureknowsley.co.uk