Kort and Chloe climb Everest for The Samaritans - The Guide Liverpool
Contact Us Advertise with The Guide Our Video Services Follow us:

Kort and Chloe climb Everest for The Samaritans

As mountain climbs go it lacked the inspiring views and, thankfully, the dangers of sickness and dramatic weather changes …

But Kort Cooper and Chloe McDonald are still feeling on top of the world after conquering Everest – from the stairs of their Huyton gym.

“It did get a bit tedious climbing up and down the same flight of stairs 3,470 times,” admits Kort, who’s manager of Dedicated SuperGym. “And it was hard – after the first day when we started it, it took about 10 minutes to actually climb out of bed in the morning and get going.

“But if you ‘climb’ the world’s highest mountain you’re going to feel pain – and we did! 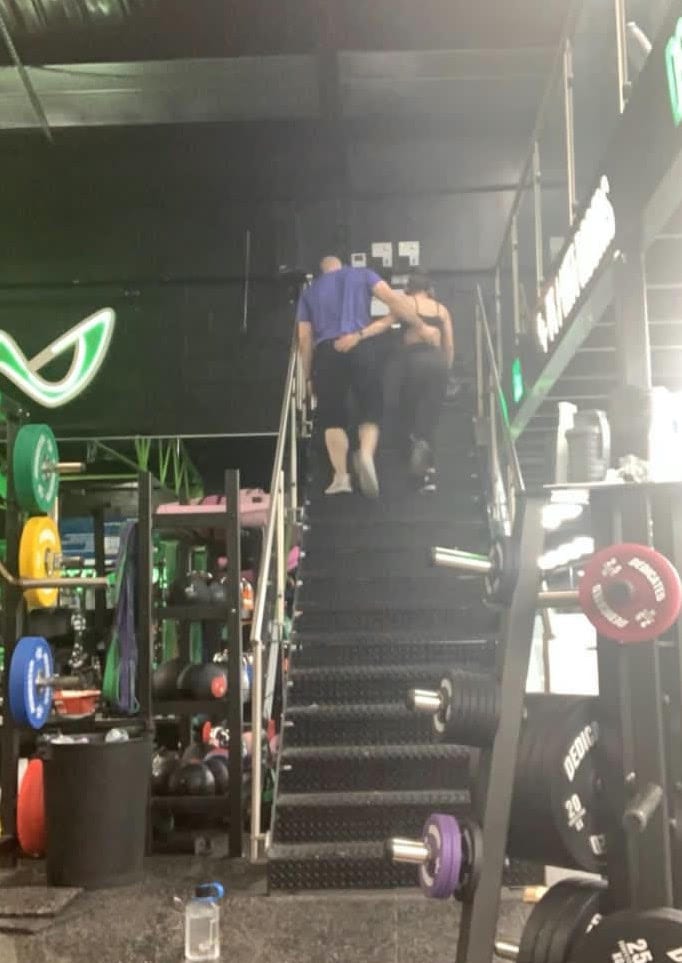 “We got through it though by thinking of the charity – The Samaritans’ Emergency Fund – that we were raising money for, and we feel proud knowing that we are raising awareness and making a difference. It’s something we’re both passionate about.”

It’s not the first time Kort, 26, from Moreton and dance student Chloe, 21, from Prescot, have raised money for charity during the pandemic.

Last month they completed two marathon distances back to back, walking from the gym to Piccadilly Gardens in Manchester and back.

That epic challenge raised £1,400 for mental health charity MIND. “And we ended up with trenchfoot because it rained throughout and we were ill-prepared,” admits Kort.

They have collected stacks of food to donate to local foodbanks.

And that was before they launched their ascent on the globe’s highest mountain, setting a JustGiving target of £1,000, for The Samaritans who are feeling the pressure with funding down at a time when more people need them than ever.

Kort, who is training to be a counsellor, explains: “Lockdown, when it first happened, was new to all of us, and people were coming up to us, and were around us, who were having problems.

“I don’t think people realised how much Lockdown would affect people mentally, but it quickly became apparent it would have a huge impact – and with the second one it seemed even worse, especially for those already vulnerable.

“We wanted to raise awareness of this and help people who were going through a difficult time, so the walk and the Everest climb did – and will hopefully – do that. With the food collection we wanted to make sure that everyone could help even if they couldn’t offer £5 or more which, with money, people feel obliged to give.

“They could donate a bag of pasta which costs just 40 pence, but will help just as much, as more and more people who’ve lost jobs or are finding it financially difficult are having to turn to foodbanks.”

For the Everest Climb which they’ve just completed, Kort and Chloe worked out that to cover the 8,848 metres of the mountain, they needed to climb 52,057 of their 17cm steps, making that 3,470 flights with going up and down counting as one.

They achieved the challenge in a week by climbing for three hours in the morning and three in the evening.

“Chloe and I know someone who lost a close friend through Lockdown, someone who took his own life, and so we know how much support is badly needed.

“We had zero expectation of anyone donating anything, so to see it coming in is great – although raising awareness is enough.

“But the outpouring of help we have received has given us both a sense of fulfilment we have never had before and, like I said, we are proud of ourselves and grateful and thankful to everyone who has donated in any way.”

And he adds: “One thing that’s been amazing through the pandemic is to see people being there for others, and that’s a great side of humanity to see.”

To help Kort and Chloe reach the £1,000 target of their Everest Climb, go to https://www.justgiving.com/fundraising/kort-chloe-climbeverast