Lee Butler is hosting a Sober Rave for clubbers going through recovery - The Guide Liverpool
Contact Us Advertise with The Guide Our Video Services Follow us:

DJ Lee Butler is putting on a sober rave this month for clubbers going through recovery from drink or drugs addiction and the friends and family supporting them.

Freedom To Party will include live music and house music from DJs alongside talks from guest speakers aimed at inspiring people in their battle against addiction.

There’ll be a strict no drink or drugs policy, with a totally dry bar, and Lee says he hopes it’ll be a chance to send out the message that being in recovery doesn’t mean not going out or having a great night.

“Even though it’s a sober night out, for some people – no matter what stage of recovery they’re at – it can still be really daunting to be in that environment of house music and rave music now they’re actively not drinking or taking drugs,” he explains.

“I was wary of people going there and then feeling really uncomfortable so I wanted to make sure it still had a recovery element.

“I want the message to come through regularly during the night of why we’re doing it and how amazing it is. To remind people how they’ve turned things around and how bad life was compared to now. 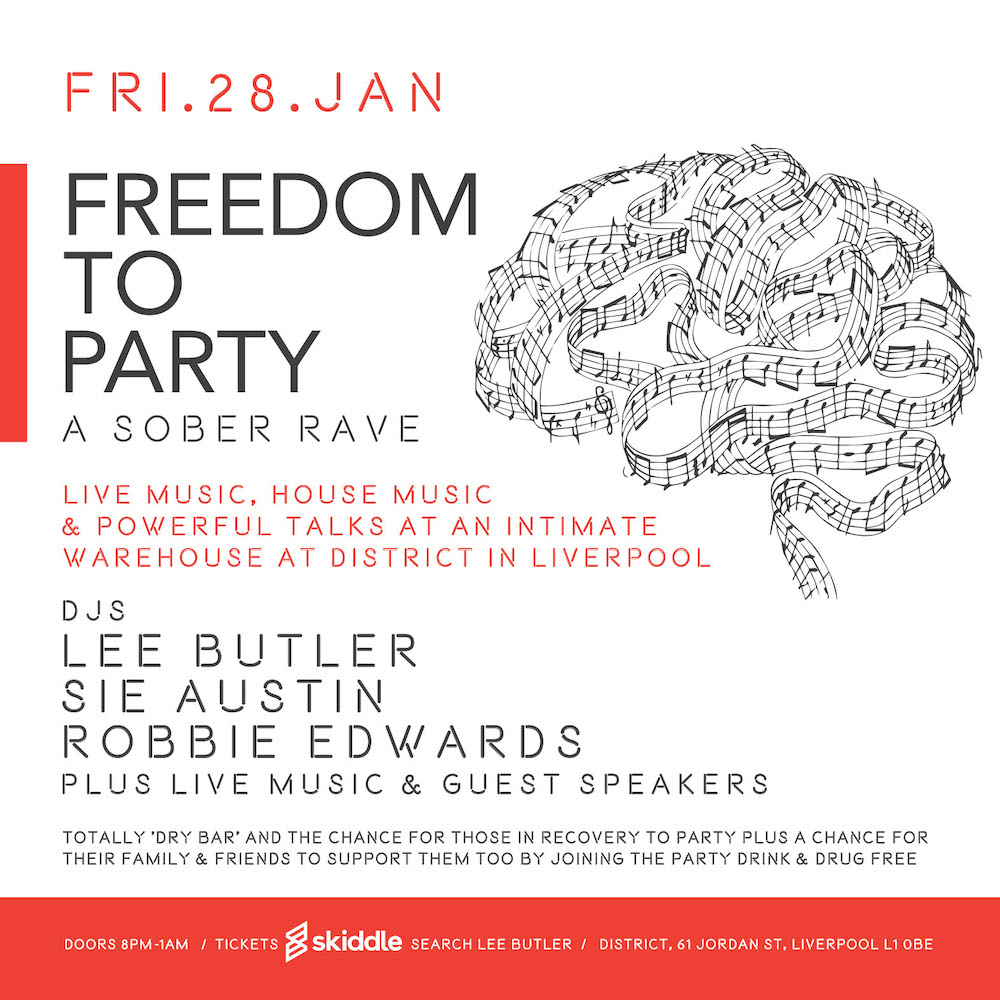 “That way it doesn’t just feel like a full-on memory for their addiction to use against them by going, ‘I remember you being in this environment and taking drink and drugs’.

“And it’s not just for people in recovery, it’s for people who are supporting them in their recovery to come and spend a night not drinking or taking drugs with them, and see that you don’t have to do that.

“My addiction tried to convince me that if I stopped drinking and taking drugs, I’d be boring but actually I’m more fun and more sociable now than I ever was. I was a mess before.”

This is the second sober rave Lee’s organised – the previous one was at The Brink in Parr Street which has now closed.

But it’s the first since he launched the Break Free recovery programme, which helps people to take control of their addictions and get their life back.

“Your addiction is telling you there are all these things you can’t do any more, like go clubbing or go to the match. My addiction had memories of me drinking and using everywhere – at funerals, weddings, at home, at the pub, everywhere, and that’s the same with most people.

“And if you try and avoid those places for the rest of your life, then you’ve got no life.

“One of the big things to understand is that what you want and what your addiction wants are two different things. My addiction developed from 1989 and at the start I loved taking drugs, but that use became abuse and that abuse became an addiction which was very painful and was taking all the things I love away from me.

“To get that new life you’ve got to start living your life again, and be the one who makes the decisions. Don’t let the addiction make them for you.”

You can find out more about Break Free on the Instagram page here.

Lee and his two co-founders started the Break Free programme nine months ago after sharing his own recovery.

“I’ve been public about that for about four years and it got so overwhelming with the amount of people reaching out that I couldn’t personally help everyone. I had the choice of stopping being vocal or passionate, or I had to build something that could accommodate everyone.

“We’ve got 90 people with us now and we have two group meetings a week, a walk and talk on a Saturday morning in Croxteth Park, a gym session on a Monday night, and a 24-hour What’s App group if anyone’s struggling. 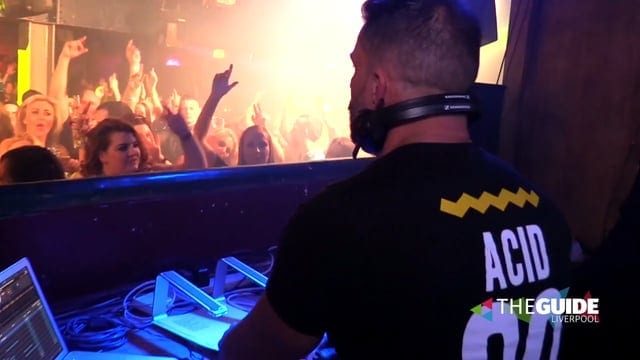 “People can be scared to reach out to other groups or their doctor because they’re worried they’ll have their kids taken away from them or they’ll lose their job, but they’ve grown up with me, they’ve heard me on the radio, I’m one of them.

“They’ll inbox me and say they’re having a really hard time, they can’t stop taking drugs, drinking every weekend, their partner’s kicked them out, these are the common things. I keep in touch with hundreds every day, talking it through with them and getting them to make a safe plan.”

Lee says he hopes events like Freedom To Party show people how good life after addiction can be. 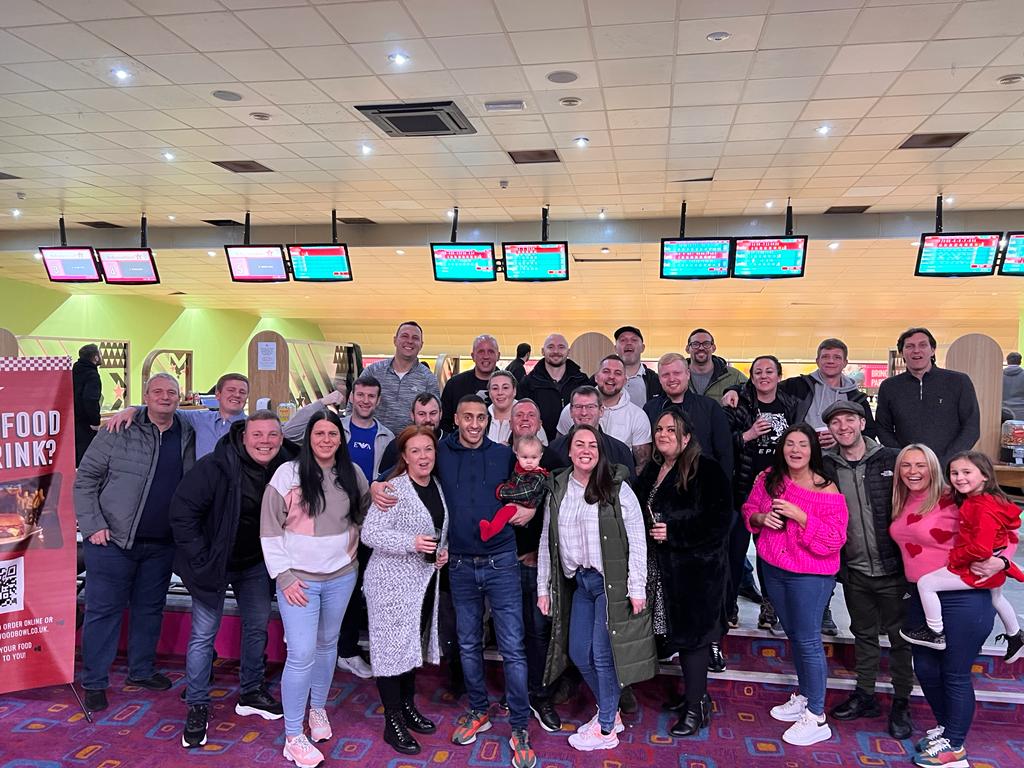 “One of the things I’m so passionate about is giving people hope because that’s the thing that addicts don’t have. They’re so down and convinced that they’re on this hamster wheel but they can’t stop. I’m living proof that everything their addiction says to them isn’t true, in my actions and in my life.

“Once you reach out for support and the rewards start coming, you don’t want to lose them. Four and a half years on I never hear from my addiction anymore. I’ve changed, I learnt, I’ve built a new life and there’s nothing a drink or drugs could offer me that would convince me to hand all that back.”

Freedom to Party sober rave is at District in the Baltic Triangle on Friday January 28, 8pm to 1am. You can book tickets here.