Since its opening earlier this year, exclusive cocktail bar and night-spot, Tres, situated in Liverpool city centre’s bustling Cavern Quarter, has already gained a loyal client base of partygoers and those seeking a stylish night out in luxurious surroundings.

After a hugely busy opening evening, with legendary DJ Dave Graham providing the ultimate launch soundtrack, Tres have decided he was so valuable that they have signed him for his own residency as part of a wider collaboration which is steadily unfolding.

Tres is owned by the rapidly growing iStay Liverpool Group, which currently has six popular apart-hotels in key areas of the city centre, and has proved a hit with iStay clients, visitors to Liverpool’s nightlife region, and locals in search of cocktails.

Situated below the Uno building, in Temple Court, Tres has an underground setting, giving it an authentic atmosphere, with an exclusive, must-have, Studio 54 feel. With its own curated cocktails, wines and beverage menus, Tres also features sumptuous Art-Deco inspired booths, plus a state-of-the-art lighting and sound system.

Dave Graham’s illustrious career goes back to his legendary days at both the 051, and Society, and after a career break to work in business fields, Dave felt following lockdown it was time to get out his famous decks again. After visiting a fabulous music venue off the beaten track in Palma, which included reservation booths, amazing service and quality grooves, Dave felt inspired to plot his return.

After meeting Ann Chambers, the brains behind both Tres and the iStay Liverpool group, who had also visited the same place, Ann then invited Dave to bring his new, reinvigorated flavour back to their home city.

Dave’s newly signed residency at Tres has proved so popular, that as well as his monthly slot, Dave and the team are already planning extra VIP dates for future occasions in the Tres diary, including Halloween and New Year’s Eve 2021.

During the pandemic, radio station In Demand, which operates across Liverpool, the North West and North Wales, asked Dave to be part of a live fundraiser for the NHS, which the DJ has described as both uplifting and moving. Off the back of the success of this broadcast, Dave now hosts his own ‘Feelgood Friday’ slot each week, an evening show from 8pm, where this deck master gets to play great music for those who love to hear it. The show is in association with iStay Liverpool group, who are sponsoring the slot, as part of the recent developments and future collaborations they have planned in association with both Dave and Tres. 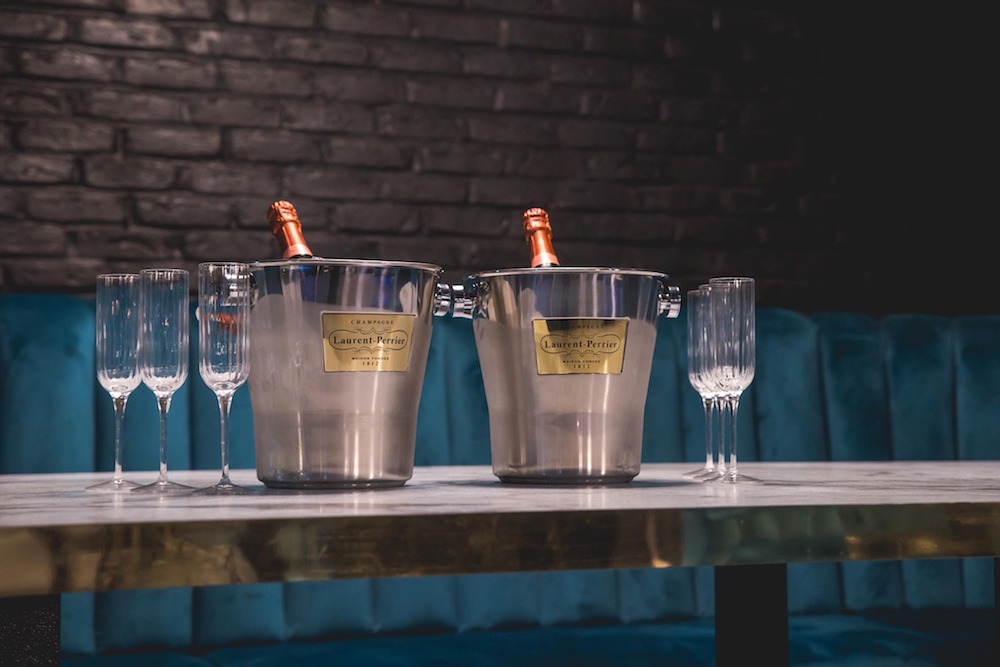 Ann Chambers, Director of iStay Liverpool group, and proprietor of Tres told us:

‘When we launched Tres earlier in the summer, we knew we had something unique to offer. So much hard work went into the launch. At iStay, we have already set a benchmark for quality and contemporary styling in the property arm of our business, and so it made sense to expand to launch our first cocktail bar.

Dave Graham was a natural fit straight away: his first-rate reputation as a DJ, his innovative approach, matched with our creative stance, has meant we have already transformed Tres into a sophisticated space that has an intimate, exclusive and yet laid-back feel. We are already planning our second Tres, and Dave will be featuring there, too, bringing to the table his own soundtrack, which is something really very special. 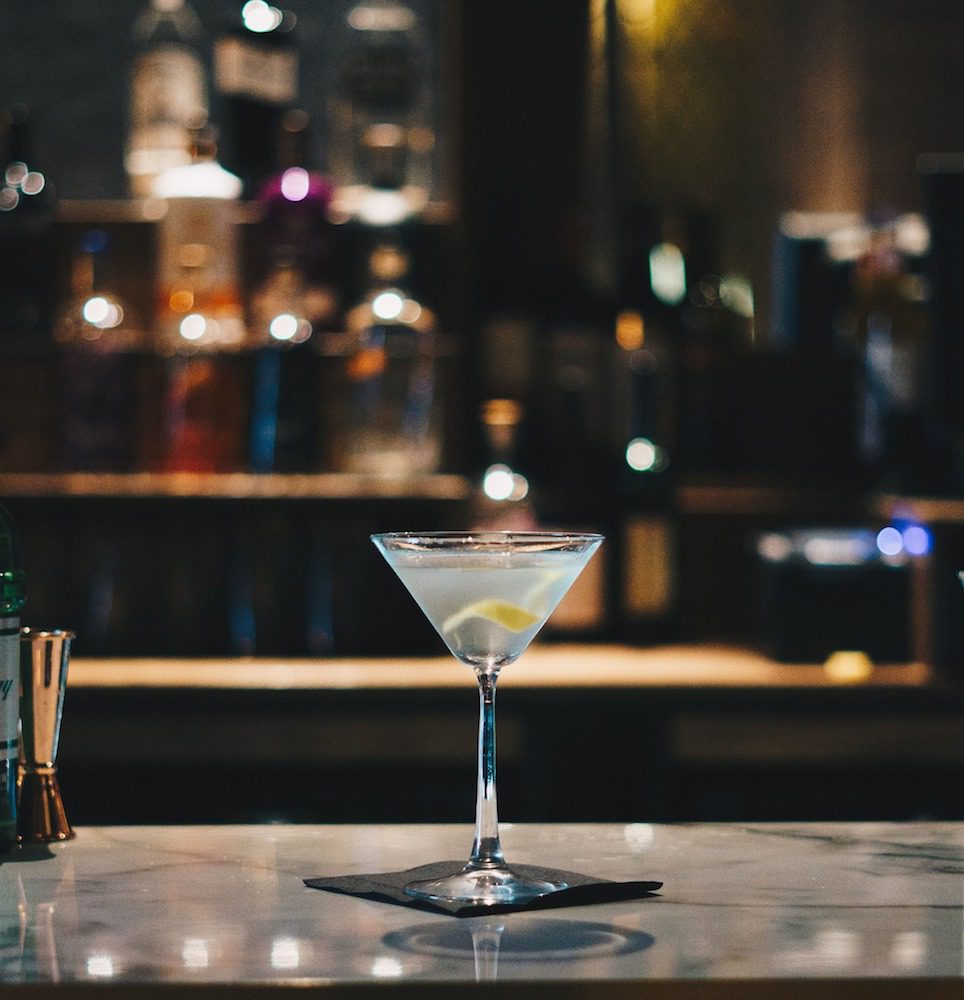 iStay are also really proud to support Dave’s weekly Friday show for In Demand Radio, which is becoming the local radio station of choice for people seeking uplifting tunes. We know this is just the beginning of a fruitful and positive working relationship.’

“As soon as I met Ann and the team from Tres, I knew that they wanted to do something really different. Straight away I loved the underground location, and the sense of walking into a secluded space right into the middle of the action. I felt inspired to get on board, bringing my best quality grooves, and disco edits. It felt like the right time for me to get back to my decks.

My monthly residency has a truly intimate feel: I want it to feel like an invitation-only, ‘all back to mine’ experience, which the Tres team have truly embraced. They put excellence at the heart of everything they do, we have similar visions, and so I look forward to so many exciting future events. Included in those is the introduction of the city’s first ‘inner circle’ DJ booth right in the middle of the dance floor at Tres: it’s going to have a real discoteca feel.

Ann has also been supportive through iStay by sponsoring my slot at In Demand Radio every Friday. We are receiving a growing number of calls, texts, emails and messages every week from all over the region, underlining my ethos, which is part of both the radio show and my Tres residency: that music is such a powerful tool, and has the power to transport us to a better place.” 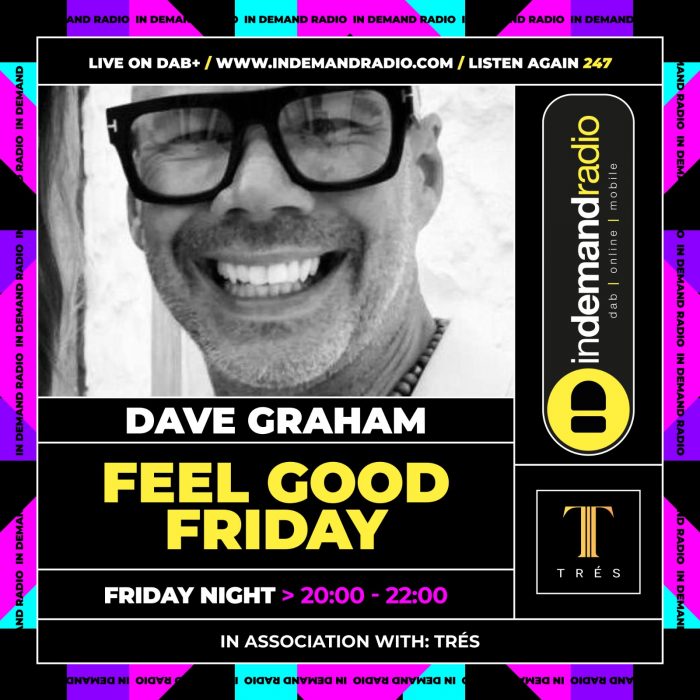 As the team at Tres prepares for a busy winter party schedule including Dave Graham’s residency nights, and the iStay Liverpool group plan to grow their thriving apart-hotel empire, director Ann Chambers is simply delighted that she has really pulled off the ultimate signing of the season.