Little Liverpool Theatre Festival kicks off next week - The Guide Liverpool
Contact Us Advertise with The Guide Our Video Services Follow us:

Next week, Liverpool Theatre Festival will showcase 14 new works over one week at Little LTF, with many shows already sold out.

Little LTF is a new strand and sister event to the hugely successful Liverpool Theatre Festival, which was first staged outdoors last September in response to an ongoing need for live entertainment during Covid-19.

Little LTF will run for seven days between Monday 12 July and Sunday 18 July 2021 within the church walls at the iconic St Luke’s Bombed Out Church, in Liverpool city centre. 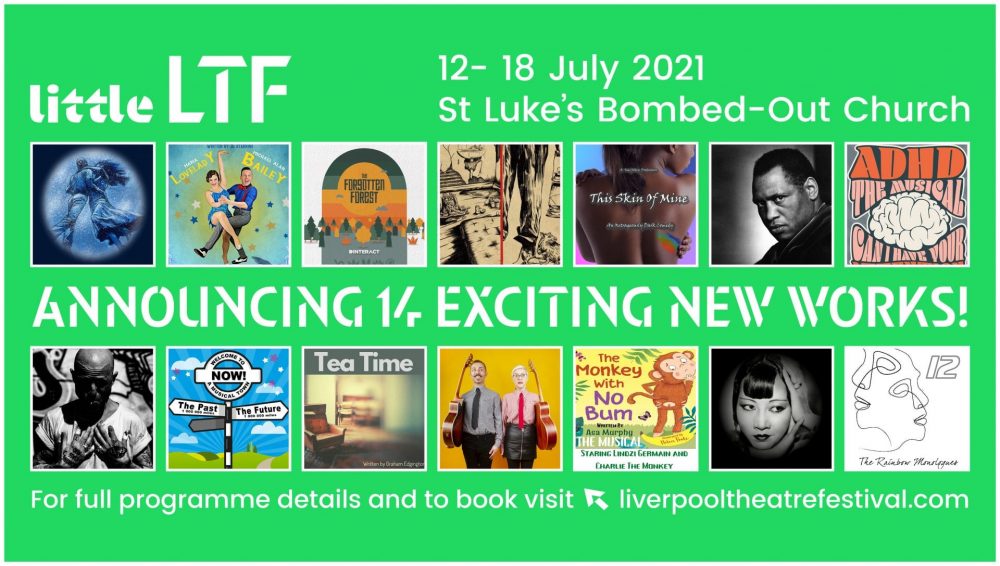 Organisers are encouraging audiences to experience the shows in this intimate setting while they can, as a number of shows have already sold out.

The programme features A Brief Conversation About The Inevitability Of Love by Ian Salmon; Twice Nightly by Michael Alan Bailey and Maria Lovelady; The Forgotten Forest by Becky Brooks; Trapped: 12×8 And String double bill by Oliver Back; This Skin Of Mine by Kai Jolley; Paul Robeson’s Love Song by Tayo Aluko; ADHD The Musical – Can I Have Your Attention Please? by Dora Colquhoun; Superstar by Carl Rice; Now! The Musical by Anne Taft and David Paul; Tea Time by Graham Edgington; Support Your Local Library – The Rock Opera by Keith Carter and Ruth Cockburn; The Monkey With No Bum – The Musical by Asa Murphy; 12 – The Rainbow Monologues by Grin Theatre Company; and The Unforgettable Anna May Wong by Ross Ericson. 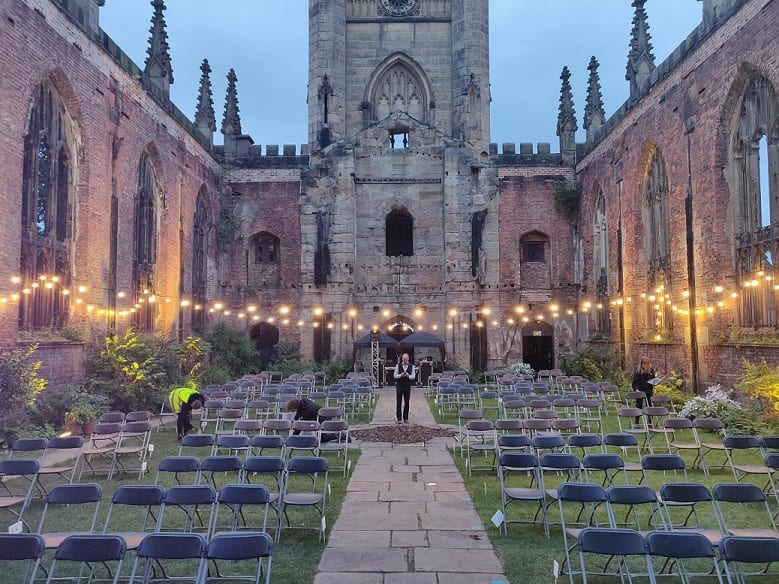 Shows already sold out include A Brief Conversation About The Inevitability Of Love, Twice Nightly, Trapped: 12×8 And String, and ADHD The Musical – Can I Have Your Attention Please?

The Little LTF selection panel was made up of festival director Bill Elms who was joined by David Fry, UK theatre programmer and producer; theatre director and producer James Baker; Sue Williams who spent 22 years as Liverpool Unity Theatre’s Executive Director and is now Freelance; and Anthony Proctor, an arts marketing professional and theatre maker.

Liverpool Theatre Festival was created by Liverpool theatre producer Bill Elms, who stepped in to bring entertainment back to audiences after theatres across the country were ordered to close their doors as part of the first Coronavirus lockdown in March 2020. Now Little LTF will champion and showcase rising talent across the sector, from creatives to performers.

“With less than a week to go before the very first Little LTF, the level of excitement and anticipation is huge amongst the creative teams and performers. It’s wonderful and incredibly encouraging that we already have a number of sold-out shows. People really are craving the thrill of live performance, theatre and interaction, and it’s wonderful to have such strong support for this brand-new strand of Liverpool Theatre Festival.”

The set-up differs from the September festival, with a more intimate, unique, covered Covid-secure performance space. The festival will adhere to all Covid-19 and Government guidelines. 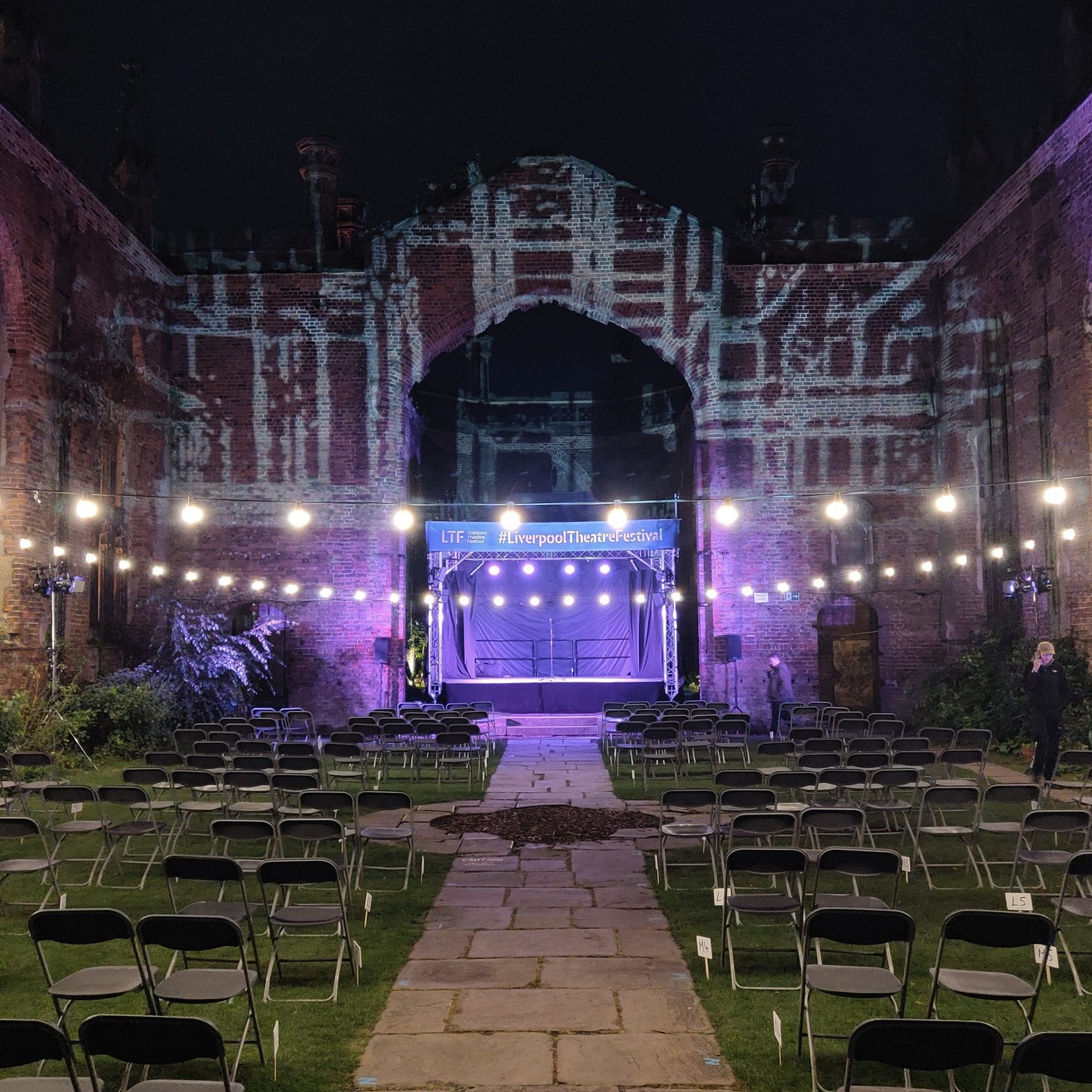 Little LFT will be followed by the return of Liverpool Theatre Festival from Wednesday 1 September to Sunday 12 September 2021. The festival features more mainstream and established acts, artists, and productions.

Find out all the info here.