Little Mix break: How they went from X factor winners to global superstars - The Guide Liverpool
Contact Us Advertise with The Guide Our Video Services Follow us:

Little Mix break: How they went from X factor winners to global superstars

It’s a sad day in pop world as Little Mix have announced they will be taking a break after they finish their Confetti tour in 2022 and say they want to work on ‘other projects’.

A decade after Little Mix shot to fame by making X Factor history, the girl group have announced they will be taking a break.

As Perrie Edwards, 28, Leigh-Anne Pinnock, 30, and Jade Thirlwall, 28, step back from the pop group that made them global superstars, the PA news agency takes a look at their chart-topping career since becoming the first group to win the TV talent show.

The girl band was formed in 2011, after the four members, including Jesy Nelson, auditioned on The X Factor as soloists, but judges placed them as a group in the later stages.

They originally performed under the title Rhythmix – but changed the name after protests from a Brighton charity of the same name that works with disabled and vulnerable children. 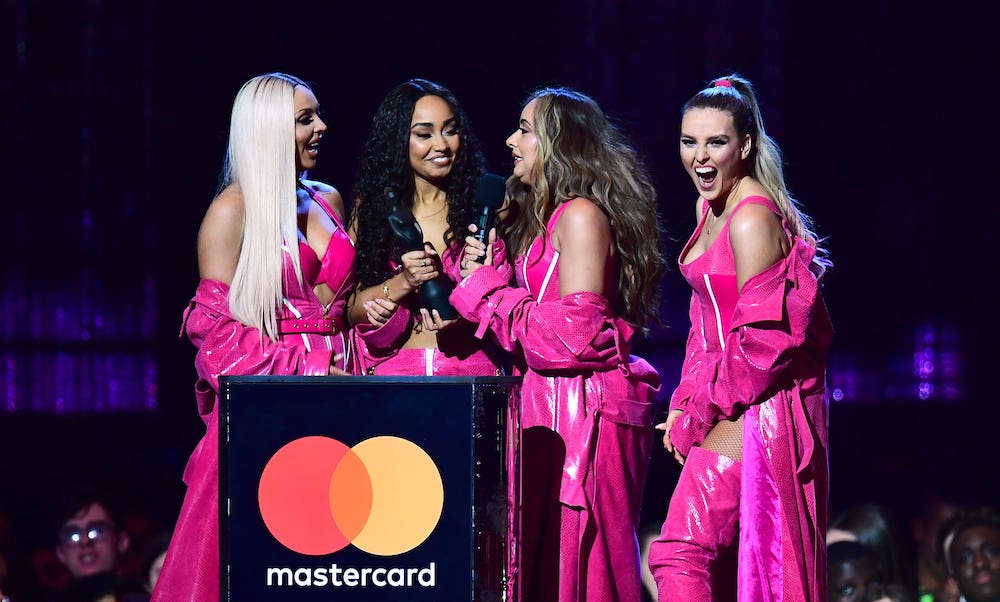 Little mix at the Brits

Little Mix said they came up with their new name after talking it over with their X Factor mentor and N-Dubz singer Tulisa Contostavlos.

She described their win as making “X Factor history”, and Little Mix have since released six studio albums and four UK number one singles.

The girl band released their debut album DNA a year after their X Factor win, featuring the hit single Cannonball, which shot to the top of the charts.

In 2013, they became the first British girl group to debut in the US top five, with DNA selling 50,000 copies, beating even the Spice Girls.

The quartet claimed their first number one album in 2016 with Glory Days, which included Power, a track featuring the grime artist Stormzy.

With combined sales of more than 96,000, Glory Days became the second fastest-selling album of the year and marked the highest first-week sales for a British girl group number one since Spice Girls’ Spiceworld in 1997.

Confetti is Little Mix’s sixth studio album, into which the singers said they put “so much emotion and energy”. It is their first album since leaving Simon Cowell’s label Syco.

They recently released a greatest hits album, Between Us, marking 10 years since their formation on The X Factor. 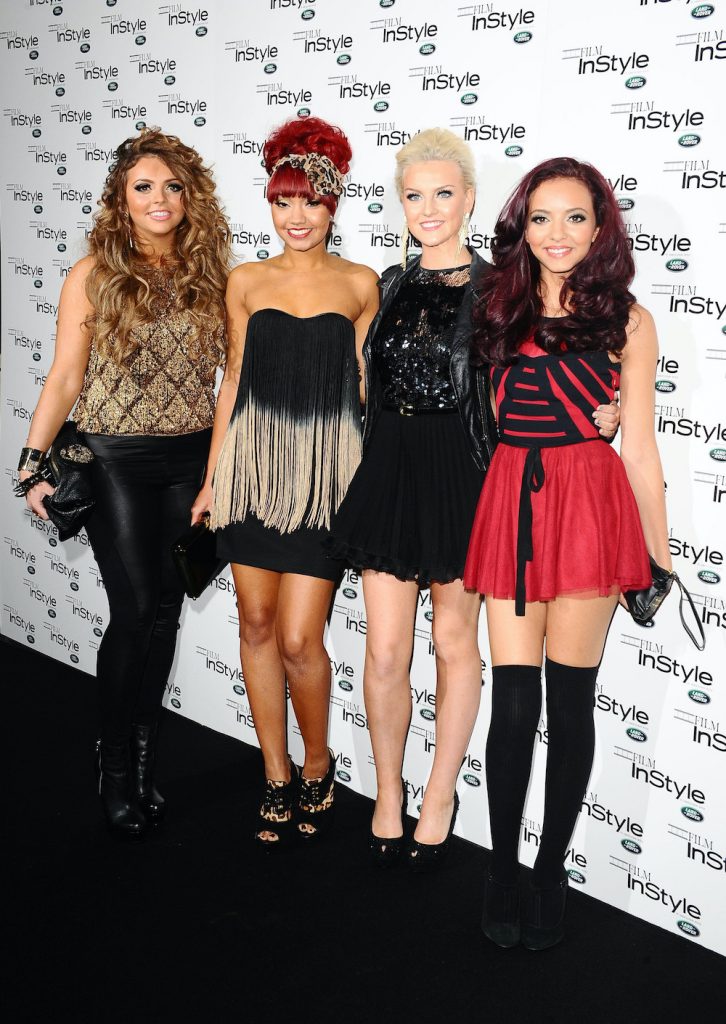 The group have won two Brit Awards, the first for best British single, Shout Out To My Ex, in 2017, for which the girls thanked their ex-boyfriends as they accepted the gong.

In 2019, Woman Like Me – a single featuring the US rap star Nicki Minaj, which begins with the band travelling in the back of a riot van before dancing around a stately home – won the British Video award.

Little Mix have also gained attention and fans for reasons beyond their music, as they have been open about the ups and downs of their personal lives.

Edwards dated One Direction star Zayn Malik, but when the pair called off their engagement in 2015, Edwards said she was “so glad” to have her bandmates by her side.

Nelson has also spoken out about the pressures young girls in the spotlight can face to look a certain way, saying she had to “grow a thick skin” to deal with it.

Little Mix also launched a TV talent show of their own. The BBC One programme Little Mix The Search saw the group create and mentor new bands.

MORE - Liverpool Against Racism, the new festival that will “celebrate diversity on all its forms”

A live episode of the debut show had to be postponed after members of the crew tested positive for Covid-19 – though this did not include Little Mix.

After feeling unwell on November 7, Nelson had to miss the show’s final, days before their publicist announced she had to step back from the group.

The band announced Nelson’s departure on Twitter, saying it was an “incredibly sad time” but that it was a decision they “fully supported”.

Since then Pinnock has fronted a BBC documentary about colourism and race, while Edwards was working on a fashion brand called Disora and Thirlwall appeared on the December cover of Gay Times. 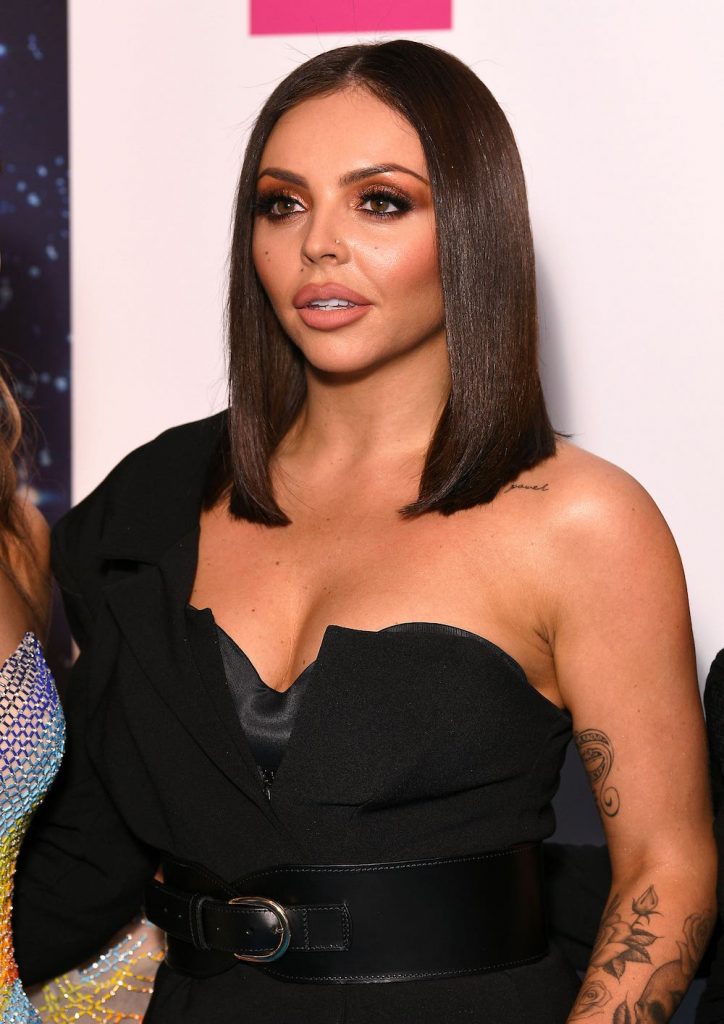 She was supported at the premiere by her bandmates Thirlwall and Edwards on Tuesday.