Liverpool actress Eithne Browne is returning to one of the city’s most stunning venues to give three special shows.

Eithne was one of thousands of campaigners who rallied round to help save Sefton Park Palm House when it fell into disrepair and had to be closed to the public in the 1980s.

Now she’s going back there to perform again, under the dome of the beautiful restored Victorian glasshouse.

Eithne will be joined by special guests for an evening of entertainment on Sundays in September, October and November.

“There’ll be play readings, poetry, storytelling and I’m really lucky to know some very good musicians so obviously lots of music,” she explains.

“We all remember what a dire state the Palm House was once in, and I used to live very close by the park then so I’d go and do storytelling to fundraise.

“To be able to stand on stage in this building knowing you’ve been part of the history of saving it and bringing it back to such a beautiful place is really special.” 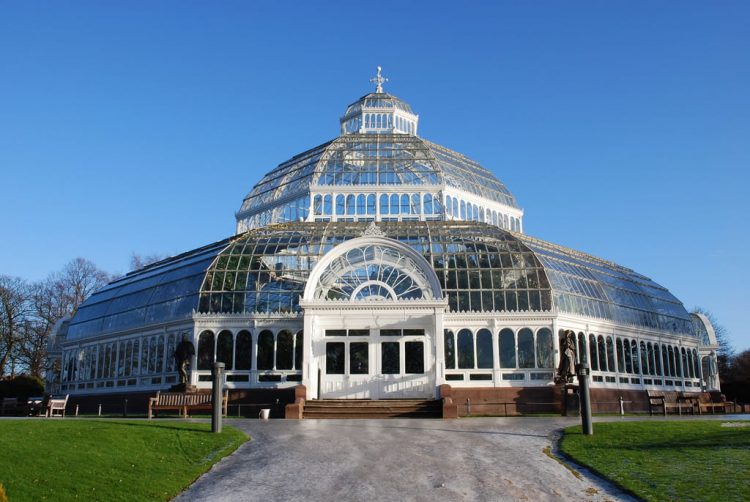 The first of the three shows will be this Sunday, September 11, when Eithne will perform alongside guests – and old friends – Michael Starke, Davy Edge and David Maruk.

Soap fans will know Mickey best as Brookie’s window cleaner Sinbad, but he’s gone on to have a successful career on stage, especially in musicals.

“Mickey’s got a great voice and Davy is famous for Brick Up the Mersey Tunnels at the Royal Court, but the three of us have actually been friends for ages,” says Eithne. “I’ve known Davy for about 35 years, and Mickey soon after. I first met Davy in Blood Brothers and I worked with Mickey in a different touring production of Blood Brothers.

“We were all at the Leicester Haymarket together and we used to travel back from Leicester to Liverpool on a Saturday together singing in the car and having an absolute ball.

“That’s what Sunday is going to be, a bit like old times singing with your friends, and once you get Mickey storytelling there’s no stopping him!”

Eithne says the three shows – on September 11, October 30 and November 13 – will all have a theme. The first is called Autumn Leaves, October’s Things That Go Bump in the Night will be Halloween themed, with lots of spooky stories and creepy songs, and November’s will be a one-woman show filled with music and storytelling.

“Each night will be different and there’ll be other guests coming up later in the year who’ve got their own talents to offer, so we’ll have this wonderful selection of voices, musical instruments and different styles.”

Eithne’s currently in rehearsals for The Scousetrap at the Royal Court, which opens at the end of September.

But before then she’s looking forward to performing in a historic and unique venue close to her heart.

“The Palm House space is perfect for the sort of thing we want to do. When you’re on that stage and the light starts changing at night, it starts getting darker outside and the beautiful coloured lights come on, you’re in this amazing magical place. You really appreciate what an incredible building it is.”

Autumn Leaves at the Palm House is on Sunday September 11. Doors open at 6.30pm, show starts at 7pm. Tickets here.